Taxpayers have spent more than $38B (!) since 2011 on a backdoor electronic medical record subsidy [1]. Verona based Epic Systems lobbied [2] for these expenditures and has benefited greatly from this federal taxpayer largesse.

Interoperability, that is the ability to move your digital health data anywhere, was one of the arguments for this lavish spending.

However and unfortunately, Epic’s Founder and CEO, Judy Faulkner is now lobbying once again [3], this time to prevent such open movement. Her actions seek to reinforce Epic’s “walled garden” [4], that is creating roadblocks to data leaving their systems.

Citizens pay for healthcare and therefore vendors such as Epic in many ways, from our local, state and federal taxes to exploding insurance premiums and co-pays.

The last refuge of the worried lobbyist.

The ability to move our data opens up many opportunities, including more cost effective services.

[3] Epic’s CEO is urging hospital customers to oppose rules that would make it easier to share medical info.

Apple and Microsoft representatives are set to join a meeting on Monday promoting patient access to health data.

This is what information blocking looks like boots on the ground.

These are the realities people face when they are living with life-altering, life-limiting, absolutely earth-shattering diagnoses.

While patients and their loved ones can’t get the information they need to make educated, empowered decisions about their care, even while actively dying, hospitals, EHR vendors like Epic, as well as MANY other entities, have ludicrously shared and sold the same patient information for commercial purposes, to “improve hospital operations”, for “re$earch”, leveraging the legal loopholes of HIPAA, stating all is legal, this is business as usual. Without needing informed, explicit patient consent. Without any effort dedicated to patient education, public awareness, and transparency under the guise of “Nothing to see here”.

As patients and carepartners, WE WILL NOT STAND FOR THIS A MOMENT LONGER.

Thank you Ms. Judy Faulkner, CEO of EPIC, for your recent letter urging some of the biggest hospital CEO’s and presidents to oppose the proposed rules to improve interoperability and grant patients access to their information. You have made it crystal clear that you are not aligned with the real-world unmet needs and the barriers patient and carepartners face daily. Thank you for illustrating what paternalism looks like in 2020.

Thank you, Mr. Tommy Thompson, former governor of Wisconsin, for your guest column on why the proposed health IT rules would be a detriment to EPIC and Wisconsin’s economy. You have made it crystal clear that the business priorities of Wisconsin are of a greater importance than legal rights and the sanctity and dignity of the lives of all the patients of this great country of the United States of America.

“We’ve often looked at interoperability in a narrow view, which is just as a replacement for moving the patient’s chart. Modern computing and APIs offer a vastly richer and more empowering global computing environment. Well-built APIs can do almost anything that your creativity allows,” he said.

Before Rucker took the stage at Health Datapalooza, HHS Secretary Alex Azar also addressed the upcoming interoperability rules and the Trump administration’s commitment to putting “patients in charge of their data” and called out industry stakeholders who are “defending the status quo.” They are protecting a health records system that is “segmented and Balkanized,” he said.

“We have a serious problem—and scare tactics are not going to stop the reforms we need,” Azar said.

John Ehrlichman authorized breaking into Dr. Fielding’s office on September 3rd, 1971, to steal Daniel Ellsberg’s medical chart. In those days, medical charts were confidential and access strictly controlled. Any break-in was physical and impossible to miss. Even if the government did steal your private chart, at least you knew about it.

Which is why Nixon’s lawyer, Egil Krogh, went to prison for 4 months for violating Dr. Fielding’s Fourth Amendment right.

One of the many lessons the government learned was that stealing medical charts needed to get easier. This eventually culminated in Executive Order 13335 (69 FR 24059) which ordered that all Americans must have their medical charts in electronic form.

CBS News Epic: How a company you never heard of handle.

I don’t remember exactly probably a hundred (million) to Epic or something like that. And then I’d say 300 we went out for integration bids. And this is where I almost started crying. It was Perot systems, Ross Perot systems, which was the follow-up (to EDS). Ross Perot’s company, which is now owned by Dell.

And so yes, it’s a 400 million dollar project, Perot systems. I remember this was 2005. I think we started the Epic implementation and they were very excited. They’re starting the demo and I was very excited because I was like, wow, this is like a new house, probably to (garbled) be mobile.

This is when smartphones are starting to take off. This is mobile. And this sensor is like all this stuff that’s going to be great and it was like they were super excited because they had just moved to the Windows 95 UI. Right in 2005. It was like the big upgrade from Windows 3.1 and I was like, oh my God.

And so but you know, as you know, like is 20, which is 2019 and it’s still right. It’s obviously still it’s still the same thing, right? Yeah, we have an incredibly entertaining thing about epic is that they are so; you know out here it’s like out here there’s a big focus on software interoperability.

And so it’s like can one piece of software work with another this whole concept….. There’s entire companies now, they’re called API companies that build basically software building blocks you plug together, there’s open source and so out here, it’s just this constant process of everybody building on everybody else’s creativity and kind of the the whole thing rises except for epic which has an absolute prohibition on third-party integration.

(Epic) does not tolerate it. (They) will sue you if you attempt to integrate with it.

Taxpayers have spent nearly $40B (!) in backdoor electronic medical record subsidies since 2011. One of the goals of our extravagant taxpayer expenditures, part of the Obama era “stimulus”, was interoperability.

Madison’s property tax base growth since 2011. 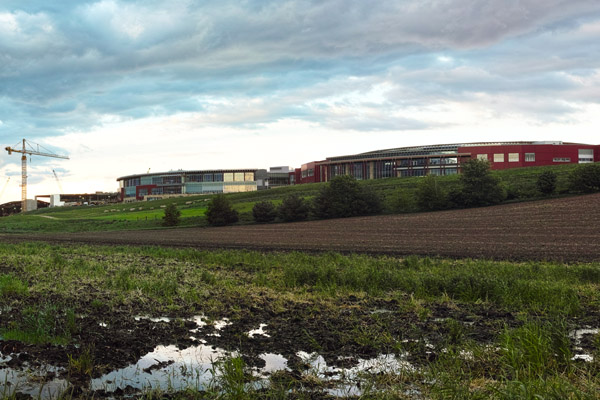 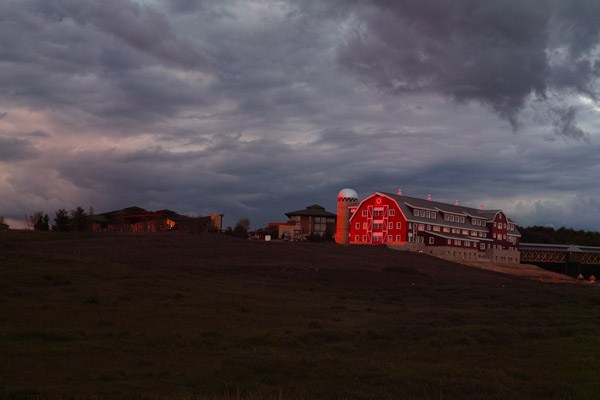 Judy Faulkner’s Epic Systems has grown explosively over the past decade. I thought it time to capture a few landscape images of Epic’s sprawling Verona, WI campus from nearby public roads (tap or click on the images above to view larger versions).

While certainly a fan of Epic’s growth, I am very disappointed that the most recent impetus has been driven by a significant federal “stimulus” tax credit:

. This means that we get to pay twice, once via our ever increasing health insurance fees and second, via taxes. I am unaware of any other industry that has a substantial per person automation tax incentive.

Epic’s growth has begun to attract attention, particularly around system interoperability and Faulkner’s presence as the only industry representative on a federal panel overseeing the $19 billion EHR stimulus incentive.

A federal committee that includes a major donor to President Obama and whose company stands to profit from the panel’s recommendations holds in its hands the future of health information technology policy.

Judith Faulkner, founder and CEO of Epic Systems Corp., secured a seat on a panel charged with recommending how $19 billion in stimulus money dedicated to health IT be spent, despite opposing a key administration position on the issue.

Faulkner and her company oppose the president’s vision for health IT, but Epic employees are massive Democratic donors. They’ve given nearly $300,000 to Democrats since 2006, according to the Center for Responsive Politics.

That may help explain both Faulkner’s appointment to the 13-member Health Information Technology Policy Committee as a representative for health IT vendors, and the accolades her company regularly enjoys from prominent Democrats.

The Federal Government should not be subsidizing Health Care Information Technology with our tax dollars. Organizations should choose automation services that make sense, for them, not for tax reasons….

The administration’s initiative takes on particular significance because this year is when the government begins spending billions of dollars to accelerate the adoption of computerized patient records.
The incentive payments, typically as much as $44,000 a physician, begin this year. But those payments require doctors to make “meaningful use” of “certified” electronic health records. The payments are staggered over five years, and to get the money physicians must use the technology for increasingly extensive record-keeping and reporting. The administration has not said whether a usability standard will be in the next stage of requirements, due by early next year.

The government says it is committed to working with technology companies, medical professionals and academics, to adopt the best approach. Yet common ground has been elusive so far.

At a meeting last month at the National Institute of Standards and Technology in Gaithersburg, Md., Janet Campbell, a software developer at Epic Systems, a supplier of electronic health records, expressed the industry’s concerns. Doctors are discriminating consumers, she said, and companies like hers work on improving their products in the marketplace every day.

the Government should NOT be using our tax dollars to subsidize health care automation. This approach never works.

GE said the IDX acquisition would significantly its health care offerings and aid in its drive to accelerate the transition to electronic health records. IDX’s administrative, clinical and imaging products will complement GE’s Centricity-brand applications, the company said.

“GE and IDX have a shared vision on how to accelerate the adoption of electronic health records across the globe,” Joe Hogan, president and CEO of GE Healthcare, said in a statement.

The company remains privately held by its employees – shares are repurchased when anyone leaves – and maintains it has no intention of ever making a public stock offering. The share price has gone from $14 in 1996 to over $100 today, making Faulkner one of the most successful, if not wealthiest, businesswomen in the state.

Still, Faulkner rarely grants interviews, doesn’t schmooze with the local tech crowd and has no intention of changing her approach. Faulkner has said the focus should always remain on the company and its mission to serve patients.

Software is a difficult business. Judy Faulkner and everyone at Epic deserve a great deal of credit for their success. Having said that, this next step is a big one, filled with sharks. I wish them well!

Jeff Richgels nicely summarizes a recently announced federal electronic medical records initiative and long time, successful Madison Tech (soon to be Verona) firm Epic Systems.
The downside of these sort of deals is that success requires lobbying and dealmaking with many interested (and moneyed) players.