A week of calls to anxious analysts in quarantine identified a series of related issues hanging over the rescue:

“Debt bomb.” The 2008 mess was triggered in part when companies like Goldman, Sachs issued collateral calls against billions in credit default swap contracts it held with insurance giant AIG. When the latter was unable to come up with the money, mayhem ensued, creating wide-scale losses and necessitating an AIG bailout – through which Goldman ended up being paid $12.9 billion.

The pre-2008 economy was built on a combustible pile of mortgage debt, and bets on mortgage debt, that exploded once banks got nervous and started to call in their money. Some cleaning up of the mortgage markets was done, but Wall Street simply moved elsewhere to build new credit sandcastles, leading to an explosion of corporate debt, securitized commercial loans (CLOs), takeovers, etc.

One new development involved “subscription lines,” a type of financing of private equity deals, the cheery name we use today for leveraged buyouts.

When a Wall Street takeover artist wants to raise cash to buy up a company, it goes to big-dollar players – often an institutional investor like a pension fund – and elicits commitments to invest. The private equity fund then goes to a bank, which issues “subscription lines” of financing against the promise of those investors (a.k.a. the “limited partners”).

Subscription lines have existed for decades, but their use was traditionally limited and short-term, with investors coughing up capital within 30 days. In recent years and especially since 2008, though, the scope of subscription line financing has increased, and the time to repay has also been expanding, to up to five years.

Making takeovers easier andmore profitable for executives of the Bain Capitals of the world inspired what Barron’s in 2018 described as a “rage” for subscription line financing. This was one of many post-bailout factors inspiring the recent boom in leveraged buyouts: the years 2013-2018 saw the most private equity deals over any five year-period in American history.


It’s a given that Facebook is listening in on our conversations, right?

That’s how the social network can follow up on our real-world conversations about products with ads that show up in our News Feed.

“They don’t have to listen,” she says. “For Facebook to use voice detection, to find keywords and then map them onto ad preferences, that’s Stone Age targeted advertising technology. There’s much more nefarious and evasive methods and much more invisible methods available to them.”

She mentions location tracking as a case in point. This is the feature in which Facebook “can tell who you are and what you’ve recently purchased,” she says.


Days later, it said some free cloud services might not be available to users to ease the burden on Azure.

Between 1998 and 2003, searching for something on Google was magical. I remember inputting a vague notion like “oil mother’s milk,” and being directed to an interview with Thomas Gold, an astrophysicist who postulated that hydrocarbon deposits refilled themselves because of geological pressure.

Today, if you’re looking for something that is technical, specific, academic or generally non-commercial, good frigging luck. The world’s best information retrieval system has devolved into something reminiscent of 2006-era Digg: A popularity index that’s controlled by a small number of commercially motivated players. They call themselves “SEOs.”

Technical search-engine optimization specialists get a pass: They generally make the web faster, safer and more accessible. “Black hat” SEOs are obvious villains. They boost their own web rankings by breaking the law (e.g. hacking into a website to add links back to their own). But, black hats are the petty criminals of the SEO world. It’s the “white hat” SEOs, the supposed good guys, who are the wolves in sheep’s clothing.

These web marketers have a simple strategy: to squelch competition by concentrating authority. They march behind a banner of legitimacy and self righteousness, and like a totalitarian regime, they believe their end justifies their means. Here are some of the tactics they use:


Spring, 2018. Evgeny Morozov is standing on a rubber mat in a hotel room in Cambridge, Massachusetts. The world’s foremost technology critic is scared. He’s afraid of dying knowing that there are books he doesn’t know about.

Hundreds, maybe thousands, of books are strewn around the room. On the floor, on the chair, on the bed, under the bed, next to the bed. There’s an open book on a desk in front of him. He uses an iPad to snap pictures of its pages, flipping them at great speed with two fingers. On a good day, he scans 100 pages per minute, 12 books in an hour, 100 in one day.

Morozov scans books he believes he should read someday. He knows which ones to read because he has devised a system that can determine the relevance of every book in the world. And his system isn’t just for books. It’s for all information and knowledge.

The Food and Drug Administration (FDA) oversees the safety of human and veterinary drugs, biological products, medical devices, foods, cosmetics, and products that emit radiation. The agency also regulates the manufacturing and marketing of tobacco.

During the COVID-19 crisis, the FDA has been more of a hindrance than a help. It put the battle weeks behind by blocking the development of private?sector virus tests, and its regulations have slowed production of hand sanitizer and facemasks.

I noted the other day that FDA employment has soared since 2007. What do all the new employees do? The table below shows that the FDA bureaucracy has expanded across the board.

Total FDA employment increased 79 percent from 2007 to 2019. Part of the increase was due to new activities. For example, the FDA began regulating tobacco with the passage of a 2009 statute and now has almost 900 workers in that function.

Details about FDA’s activities are in this document. One section is titled “Fostering Competition and Innovation,” which is sadly ironic given the agency’s blunder in monopolizing federal control over COVID-19 testing.

My reading of February 23rd

I put pen to paper on February 18th and wrote ‘Memory and Reflection’, and after that I thought I’d throw in the towel, especially because I didn’t want to re-open the wounds of February 19th.

Four years ago on February 19th, when I circulated a piece on Weibo entitled “CCTV’s surname is the Party”, I added the remark “when all the media is surnamed ‘Party’, and when it no longer represents the people’s interests, the people are abandoned, they just become a forgotten corner”, and that note triggered ‘Ten days of Cultural Revolution’-style criticism of me on the web, and formal discipline by the Party, being placed on probation by the Party for a year. So, every year on February 19th, I firmly put down my pen, in order to protect the day.

But the explosion of China’s Wuhan coronavirus epidemic completely validated the reality of that phrase “when the media is surnamed ‘Party’…the people are abandoned”. When there is no media to represent the people and go report the real situation, we are only left with people losing their lives from the virus, and the collective harm from the seriously-ill political system as the results.

Several days afterwards, there haas been loads of media reporting and sharing online about the central government’s national ‘170,000 people meeting’ on February 23rd; it was supposedly the most-attended event in Party history. Way bigger than the Lushan meeting, which had 7,000 attendees, it was more significant too, and some called it a ‘Great Meeting’.

“When we see ourselves in a situation which must be endured and gone through, it is best to make up our minds to it. Meet it with firmness, and accommodate everything to it in the best way practicable. This lessens the evil, while fretting and fuming only serves to increase your own torment.” — Thomas Jefferson

We are fretting and we are fuming. As a country, we have been caught miserably flat-footed after receiving warnings about what lay ahead when cases of COVID-19 began exploding in Wuhan, China. Messages from local and state leaders about how to respond to the pandemic change almost daily — a sure sign they have no idea what they are doing. Shutdowns are happening here in California and in New York, and will probably spread to the rest of the nation.

I spent the past week taking care of patients with COVID-19 at UCLA’s flagship hospital, and the atmosphere there is, appropriately, one of crisis — like other hospitals around the country. Before we bend to the next reactionary spasms of our political leaders, let’s take a look at what we know.

Epidemiologists around the world have studied patterns of our social contacts, studied our population density and studied the COVID-19 virus’ transmission characteristics. For better or worse, we actually have a lot of data to work with, thanks to the countries that have already been struck hard. Additionally, epidemiologists have been accurately modeling disease outbreaks for years. As someone who spent extra time in medical school to earn a Ph.D. focused on economics, statistics and decision analysis, I feel confident about the epidemiologists’ projections.

Here’s the problem: Because of the (understandable) fear and hysteria of the moment, few U.S. leaders are seriously talking about the endgame. The epidemiologic models I’ve seen indicate that the shutdowns and school closures will temporarily slow the virus’ spread, but when they’re lifted, we will essentially emerge right back where we started. And, by the way, no matter what, our hospitals will still be overwhelmed. There has already been too much community spread to prevent this inevitability.

They knew they were going home potentially to slow starvation. Perhaps they even knew they could be carrying the virus with them, and would infect their families, their parents and grandparents back home, but they desperately needed a shred of familiarity, shelter and dignity, as well as food, if not love.

As they walked, some were beaten brutally and humiliated by the police, who were charged with strictly enforcing the curfew. Young men were made to crouch and frog jump down the highway. Outside the town of Bareilly, one group was herded together and hosed down with chemical spray.

A few days later, worried that the fleeing population would spread the virus to villages, the government sealed state borders even for walkers. People who had been walking for days were stopped and forced to return to camps in the cities they had just been forced to leave. 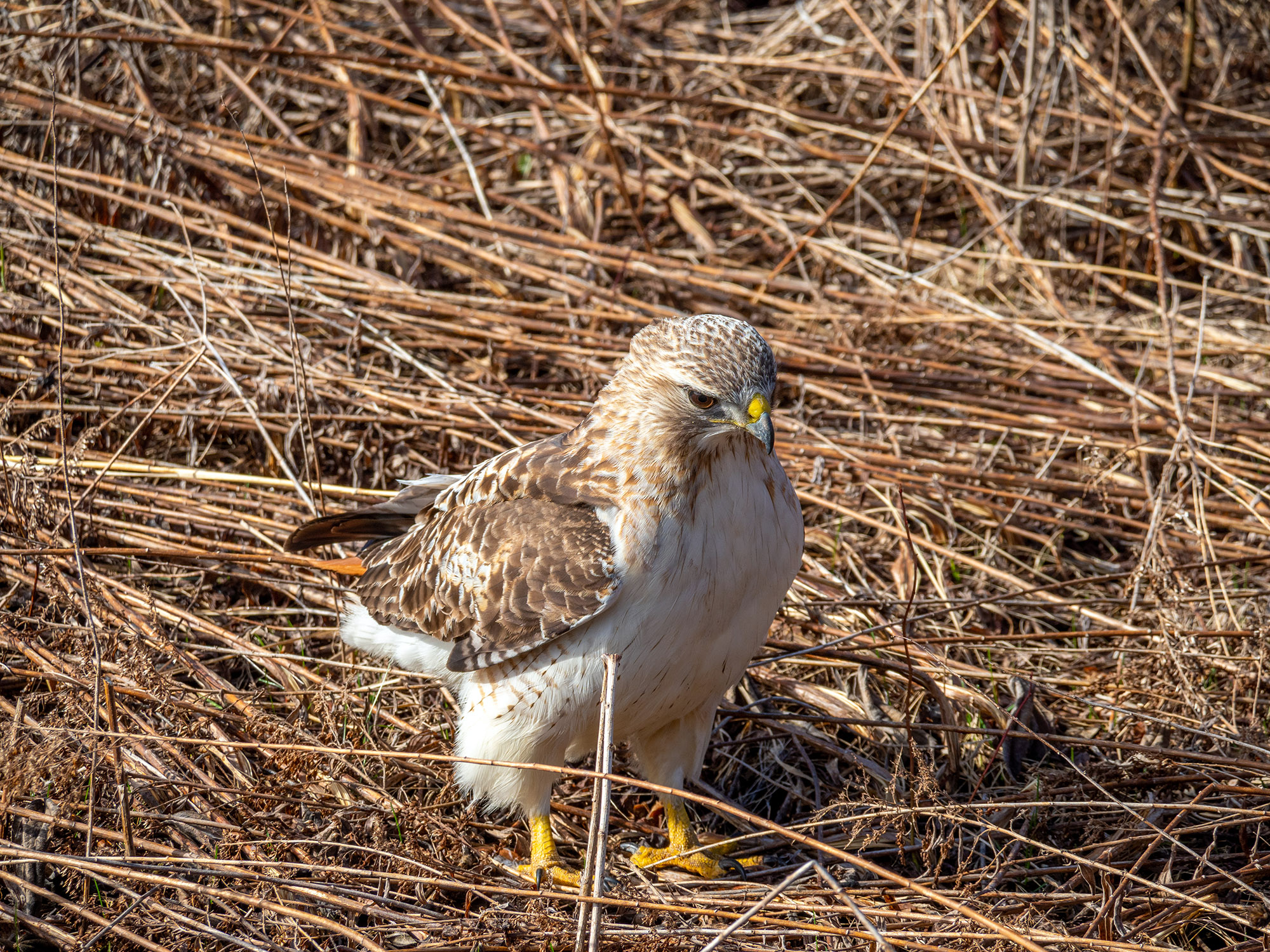 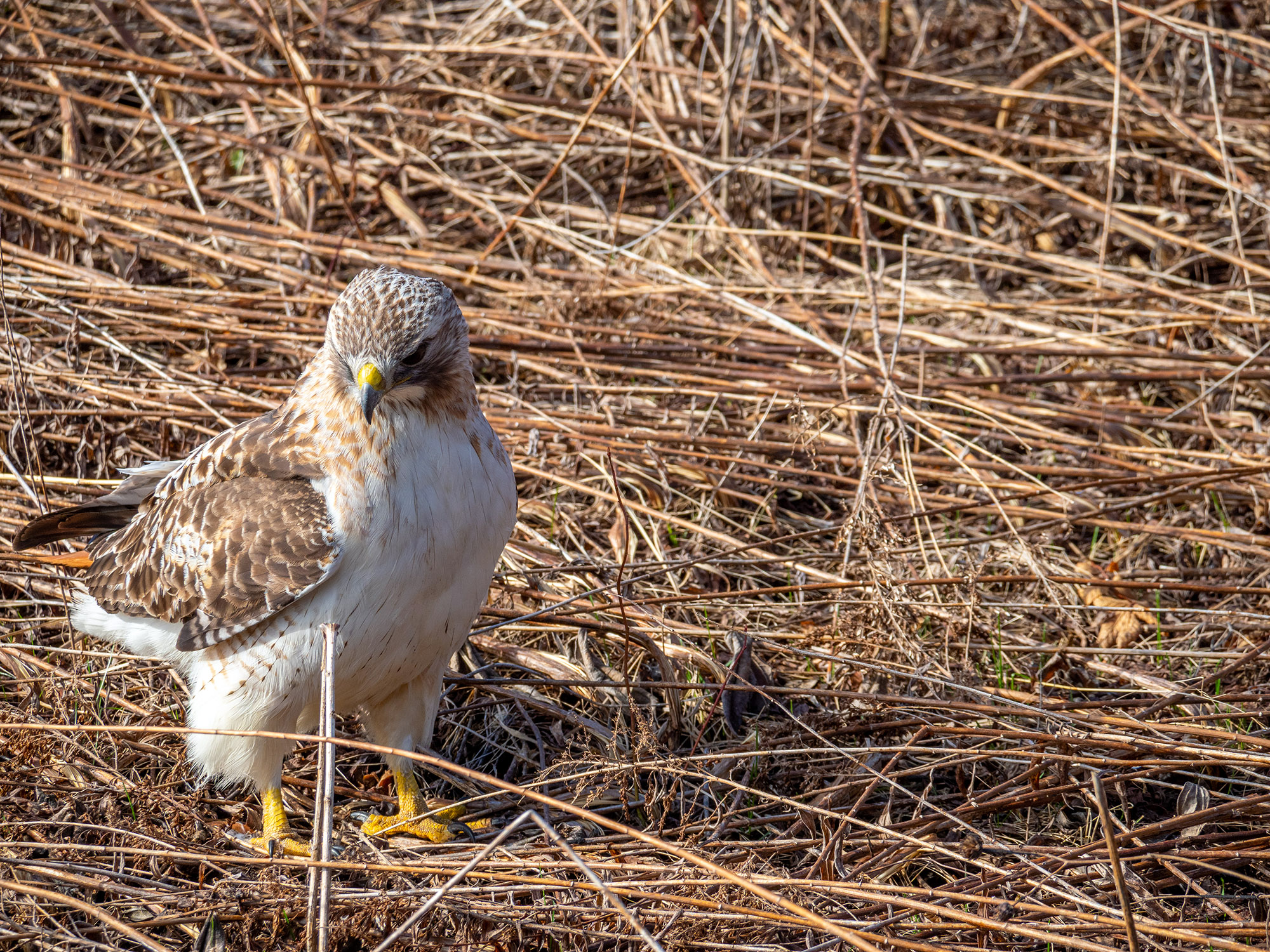 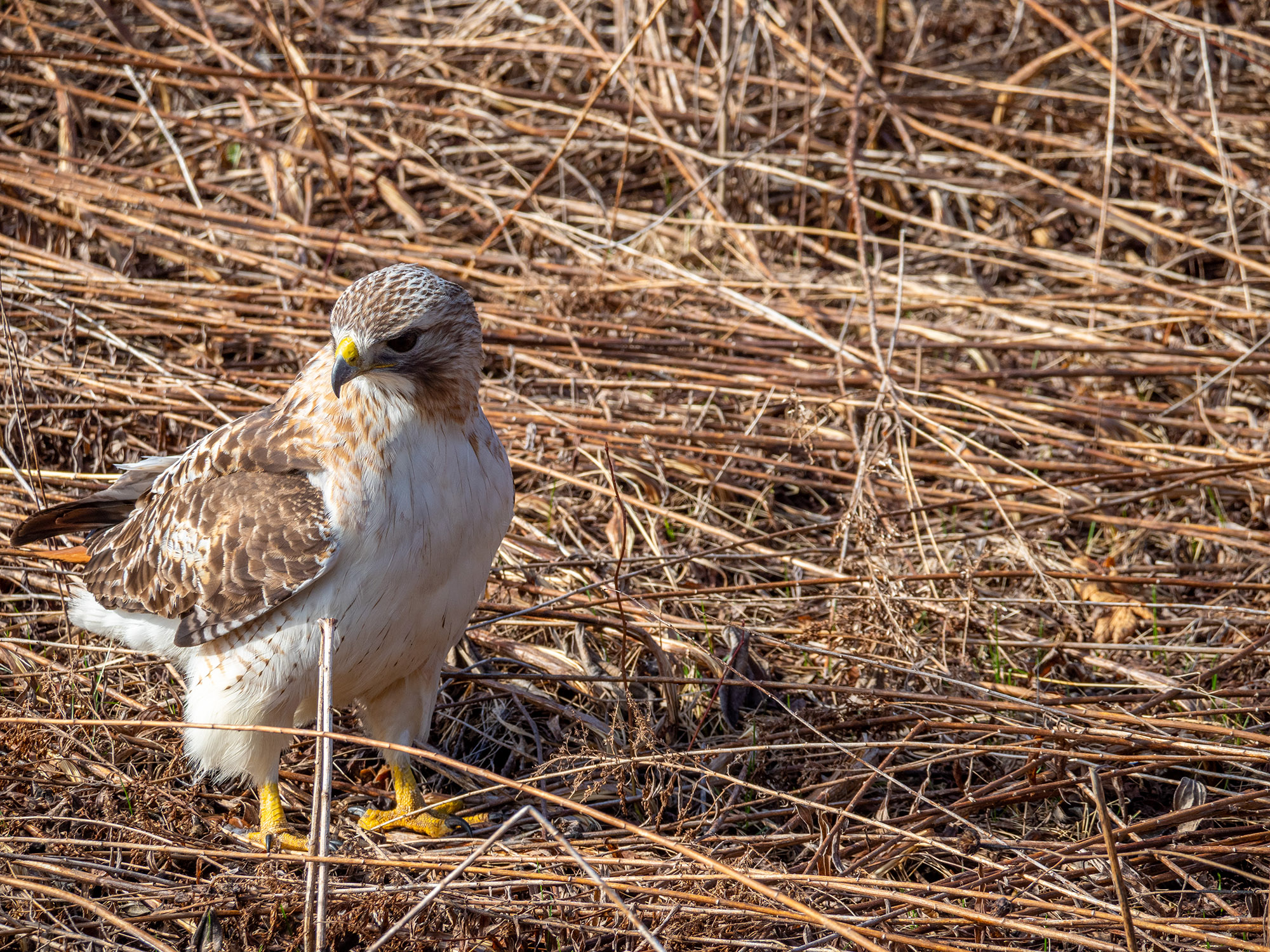 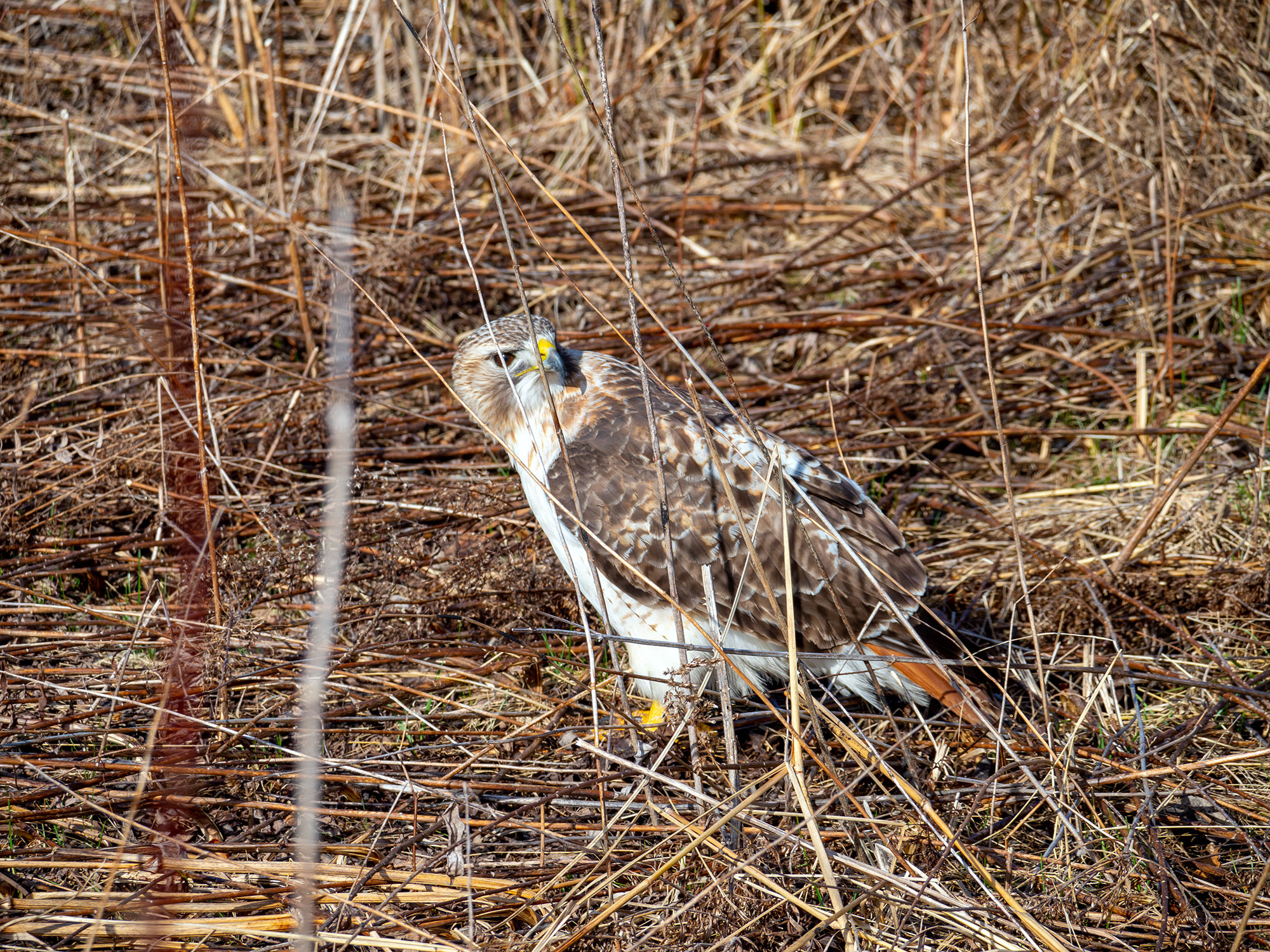 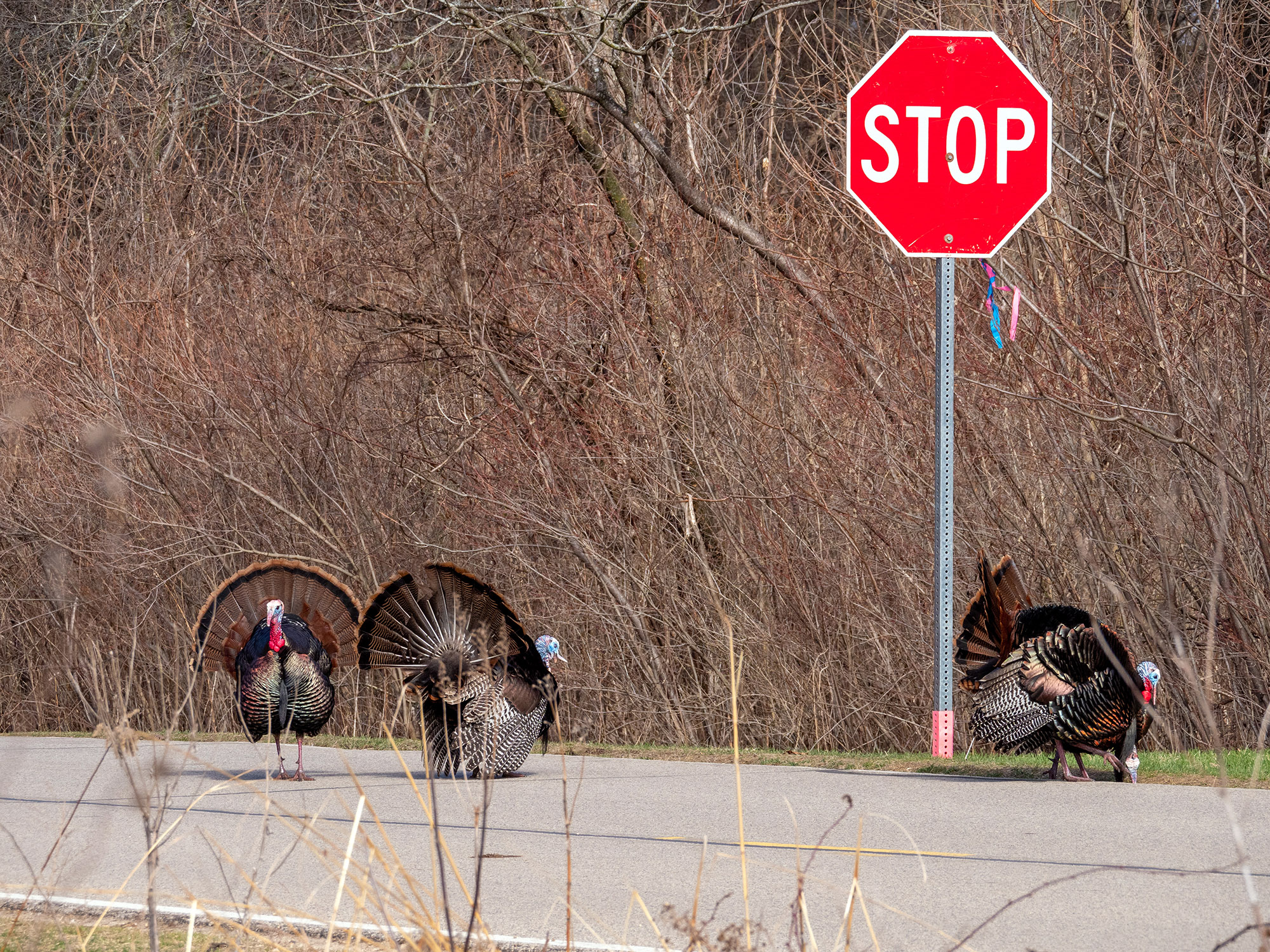 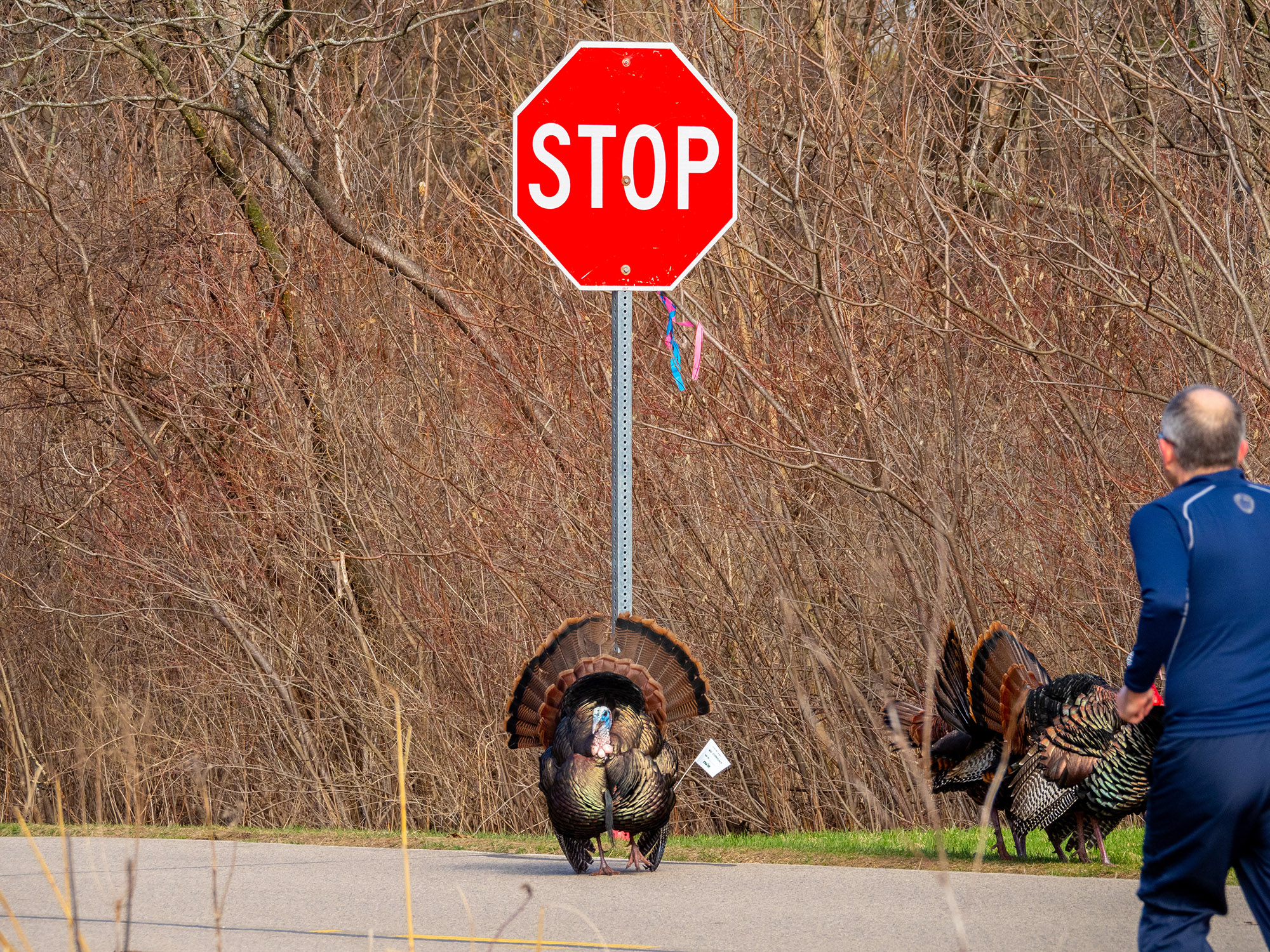 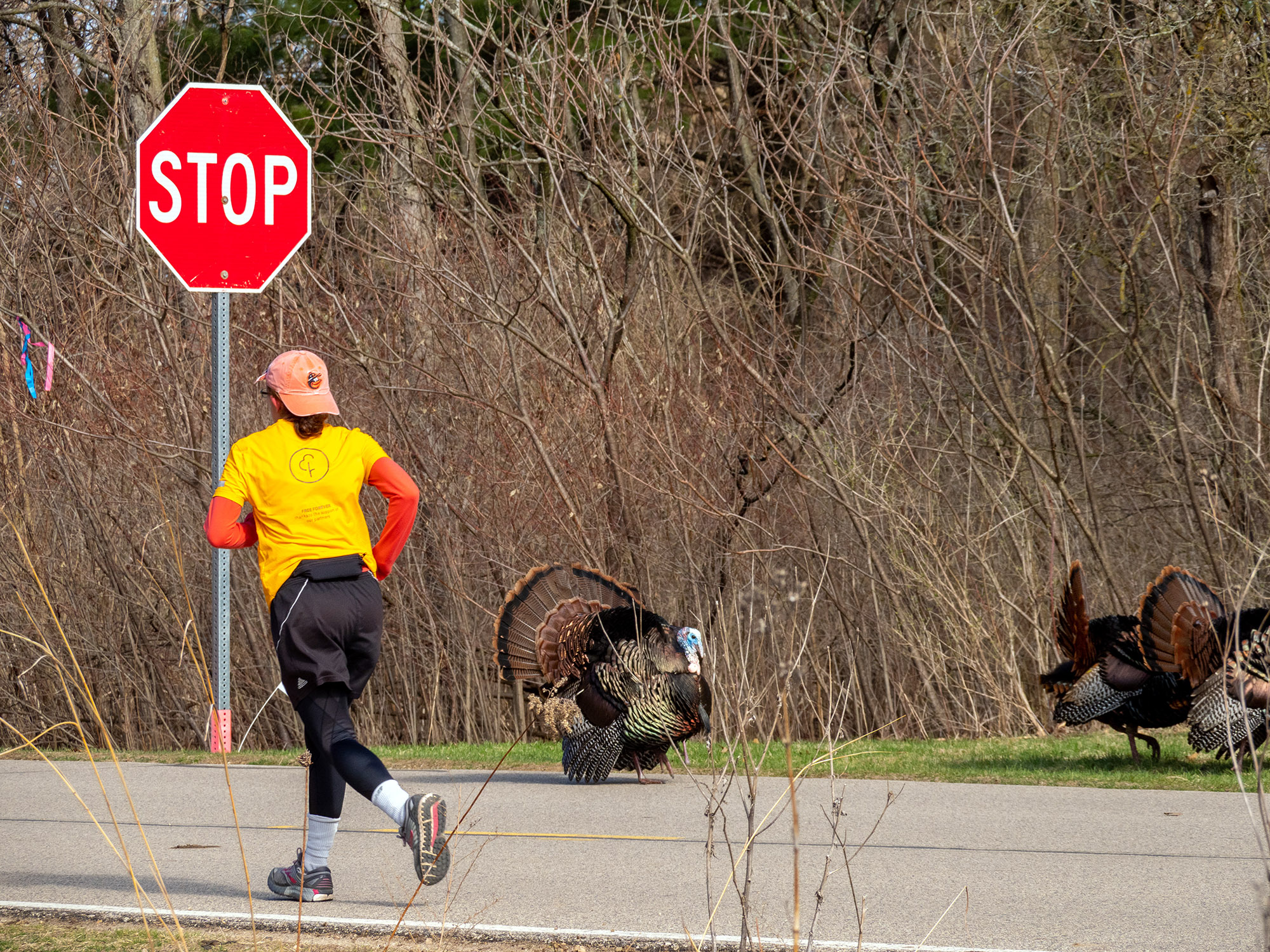 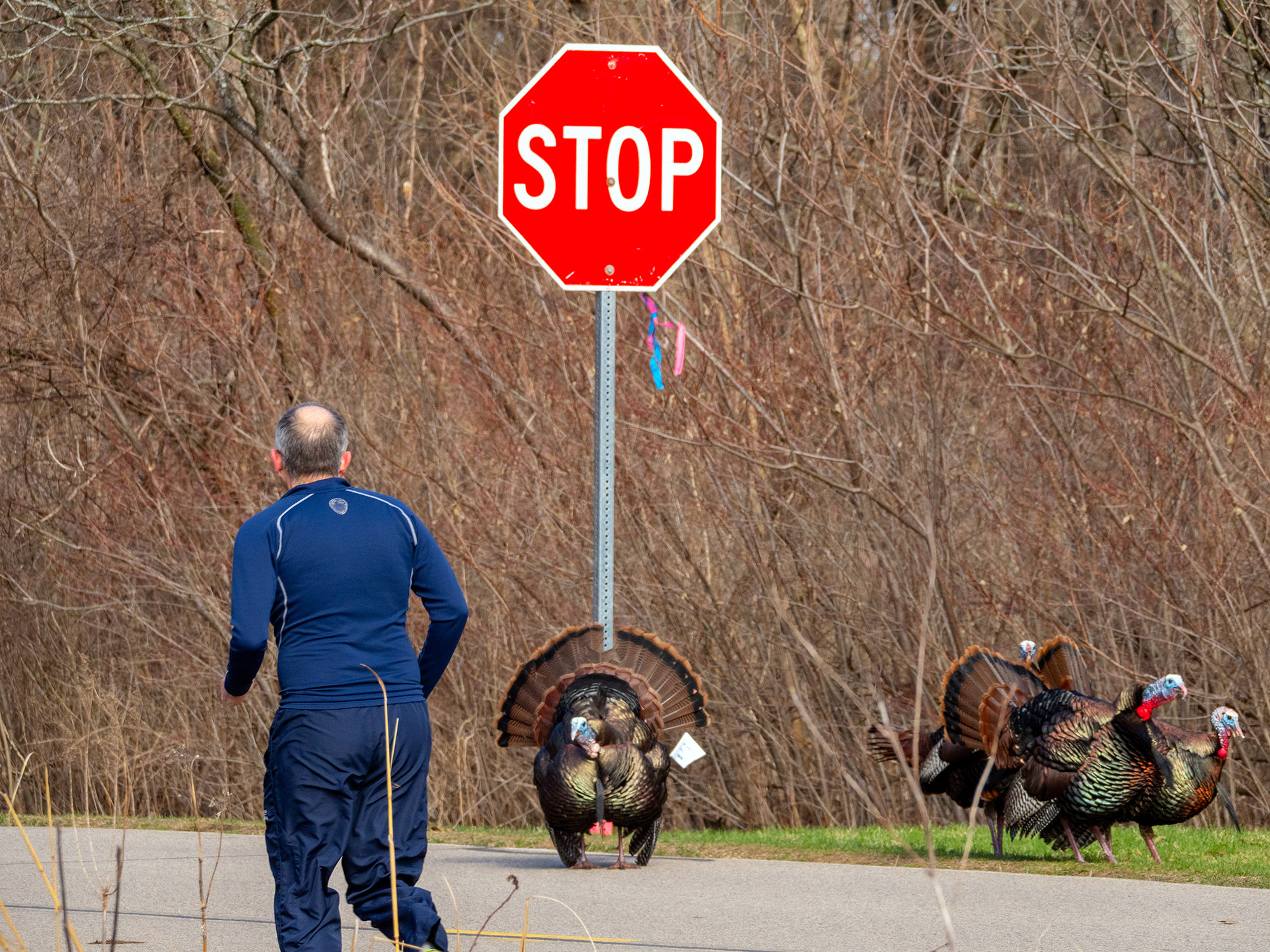 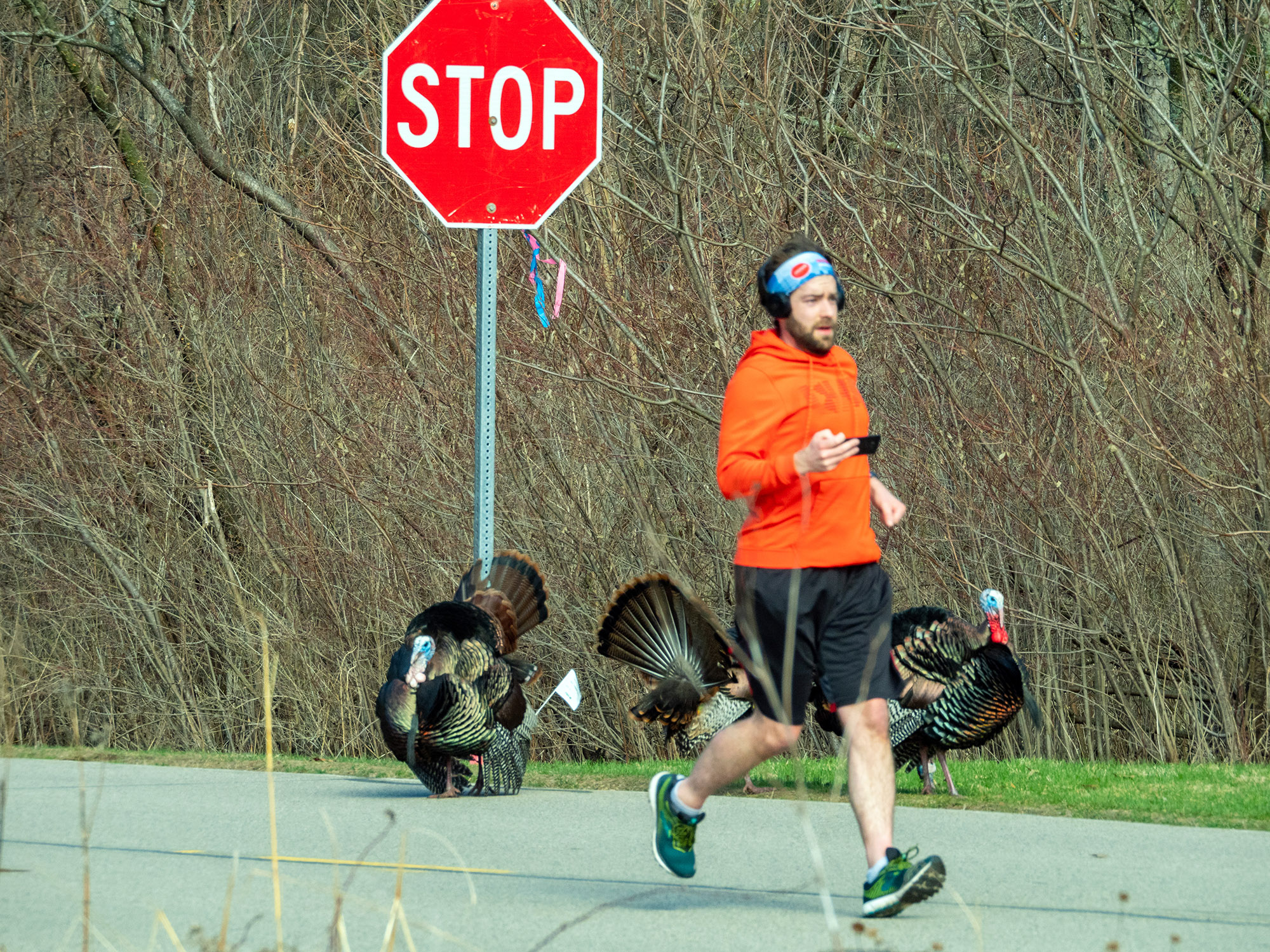 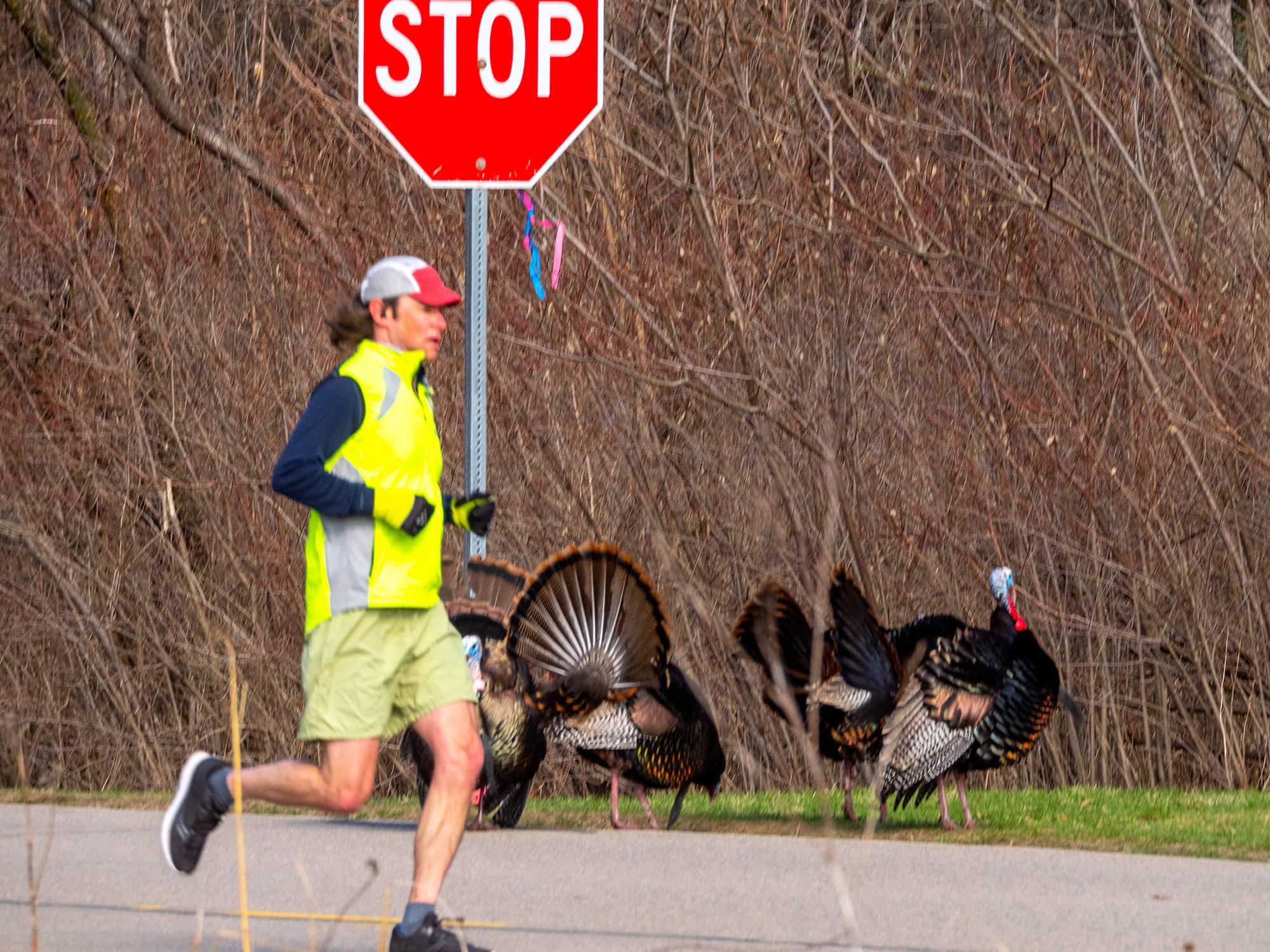 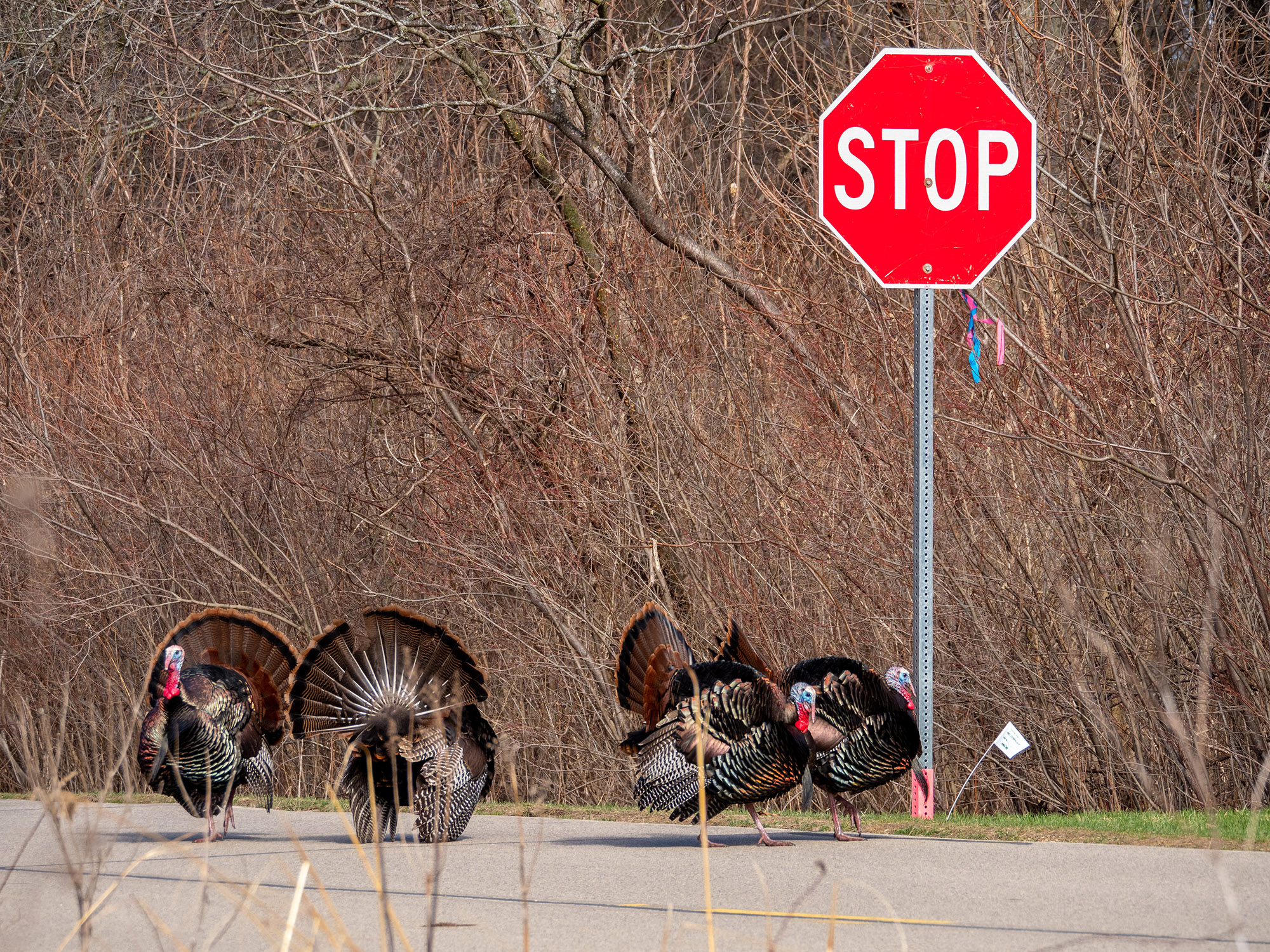 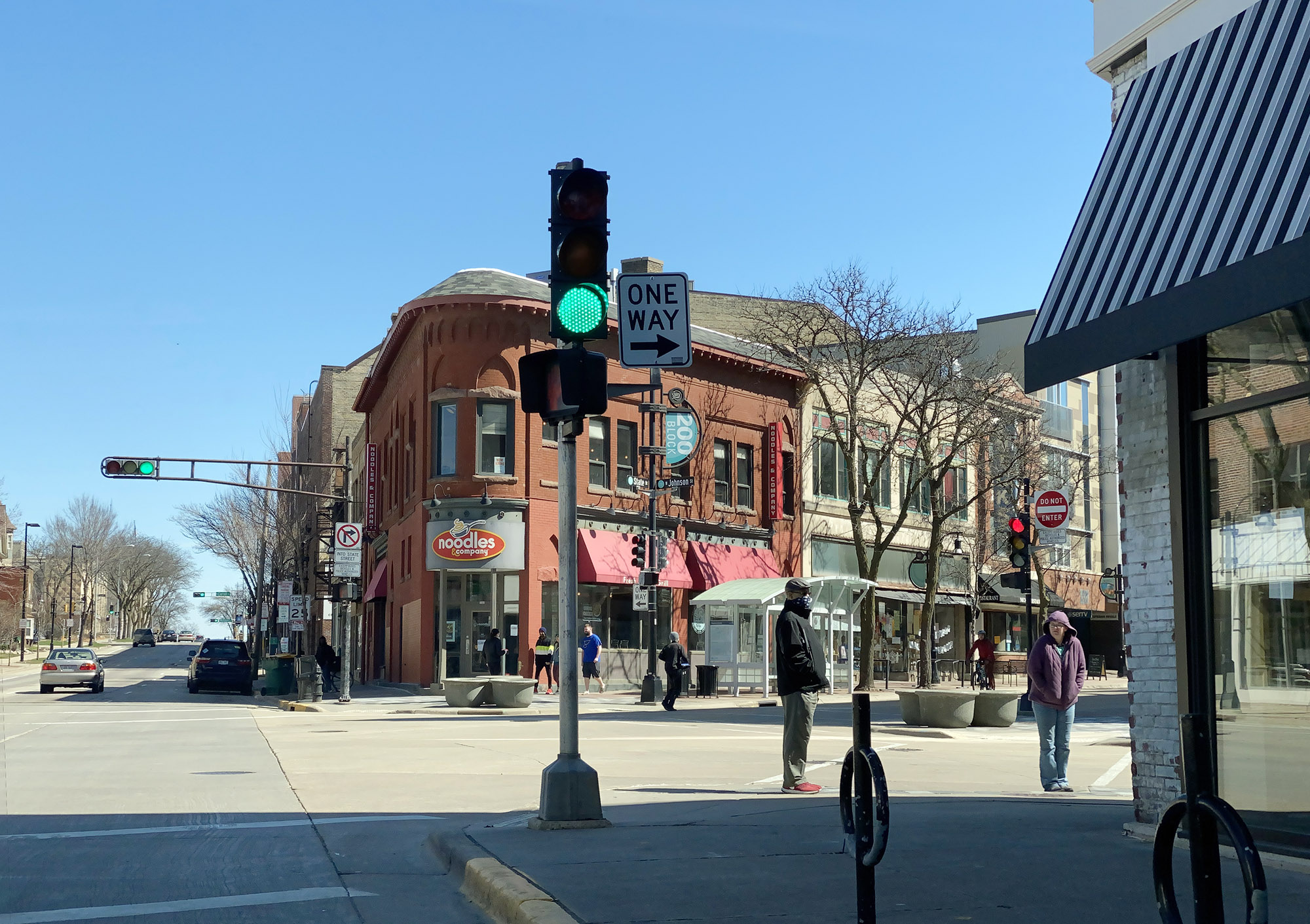