In Google’s early years, users would type in a query and get back a page of 10 “blue links” that led to different websites. “We want to get you out of Google and to the right place as fast as possible,” co-founder Larry Page said in 2004.

Today, Google often considers that “right place” to be Google, an investigation by The Markup has found.

We examined more than 15,000 recent popular queries and found that Google devoted 41 percent of the first page of search results on mobile devices to its own properties and what it calls “direct answers,” which are populated with information copied from other sources, sometimes without their knowledge or consent.

of the first page of Google search results is taken up by Google products.

When we examined the top 15 percent of the page, the equivalent of the first screen on an iPhone X, that figure jumped to 63 percent. For one in five searches in our sample, links to external websites did not appear on the first screen at all.

A trending search in our data for “myocardial infarction” shows how Google has piled up its products at the top. It returned: 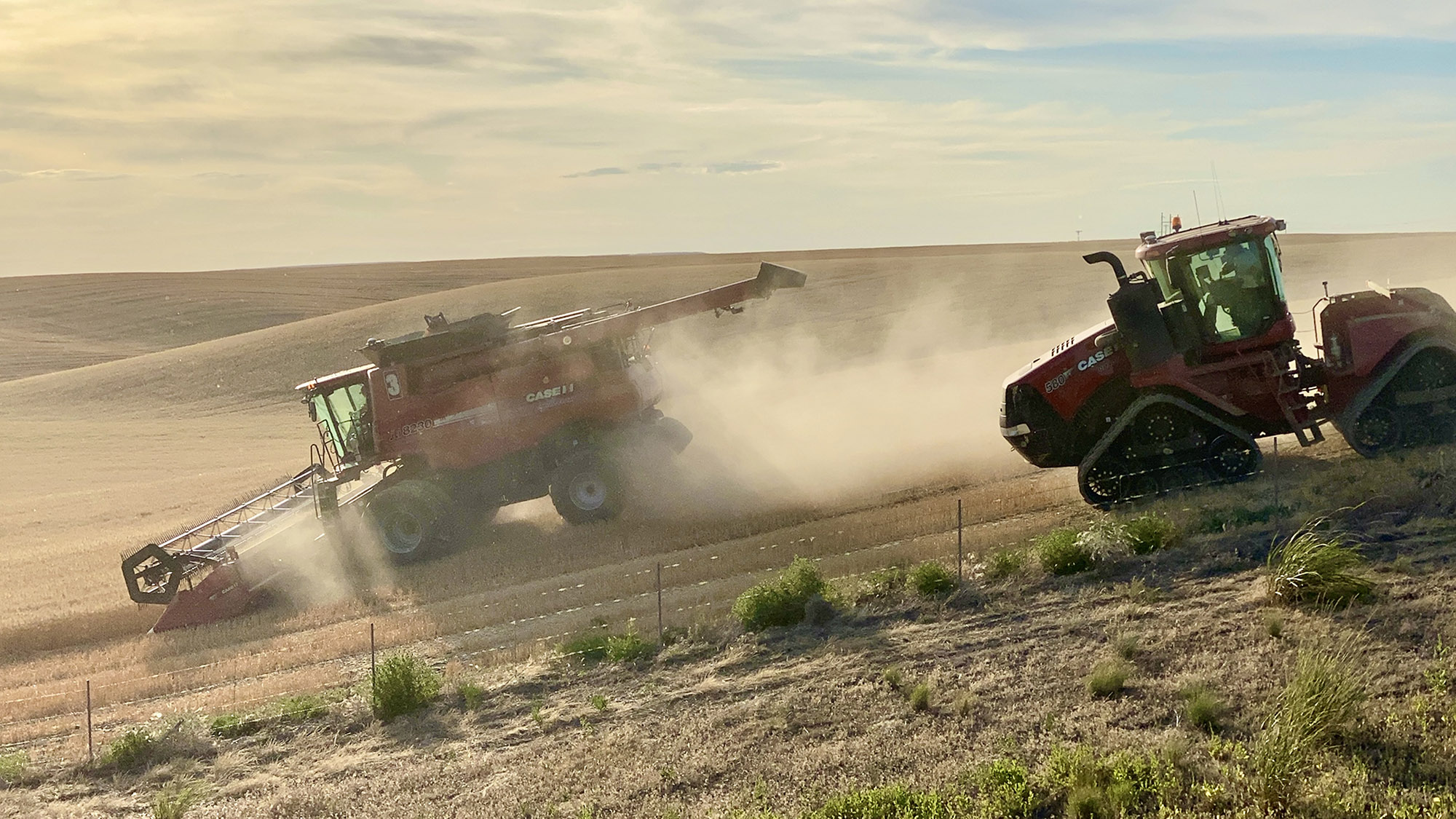 Yet, the scale of our agricultural abundance boggles the mind.

17Then Pharaoh said to Joseph, “In my dream I was standing on the bank of the Nile, 18when out of the river there came up seven cows, fat and sleek, and they grazed among the reeds. 19After them, seven other cows came up—scrawny and very ugly and lean. I had never seen such ugly cows in all the land of Egypt. 20The lean, ugly cows ate up the seven fat cows that came up first. 21But even after they ate them, no one could tell that they had done so; they looked just as ugly as before. Then I woke up.

22“In my dream I saw seven heads of grain, full and good, growing on a single stalk. 23After them, seven other heads sprouted—withered and thin and scorched by the east wind. 24The thin heads of grain swallowed up the seven good heads. I told this to the magicians, but none of them could explain it to me.”

28“It is just as I said to Pharaoh: God has shown Pharaoh what he is about to do. 29Seven years of great abundance are coming throughout the land of Egypt, 30but seven years of famine will follow them. Then all the abundance in Egypt will be forgotten, and the famine will ravage the land. 31The abundance in the land will not be remembered, because the famine that follows it will be so severe. 32The reason the dream was given to Pharaoh in two forms is that the matter has been firmly decided by God, and God will do it soon. 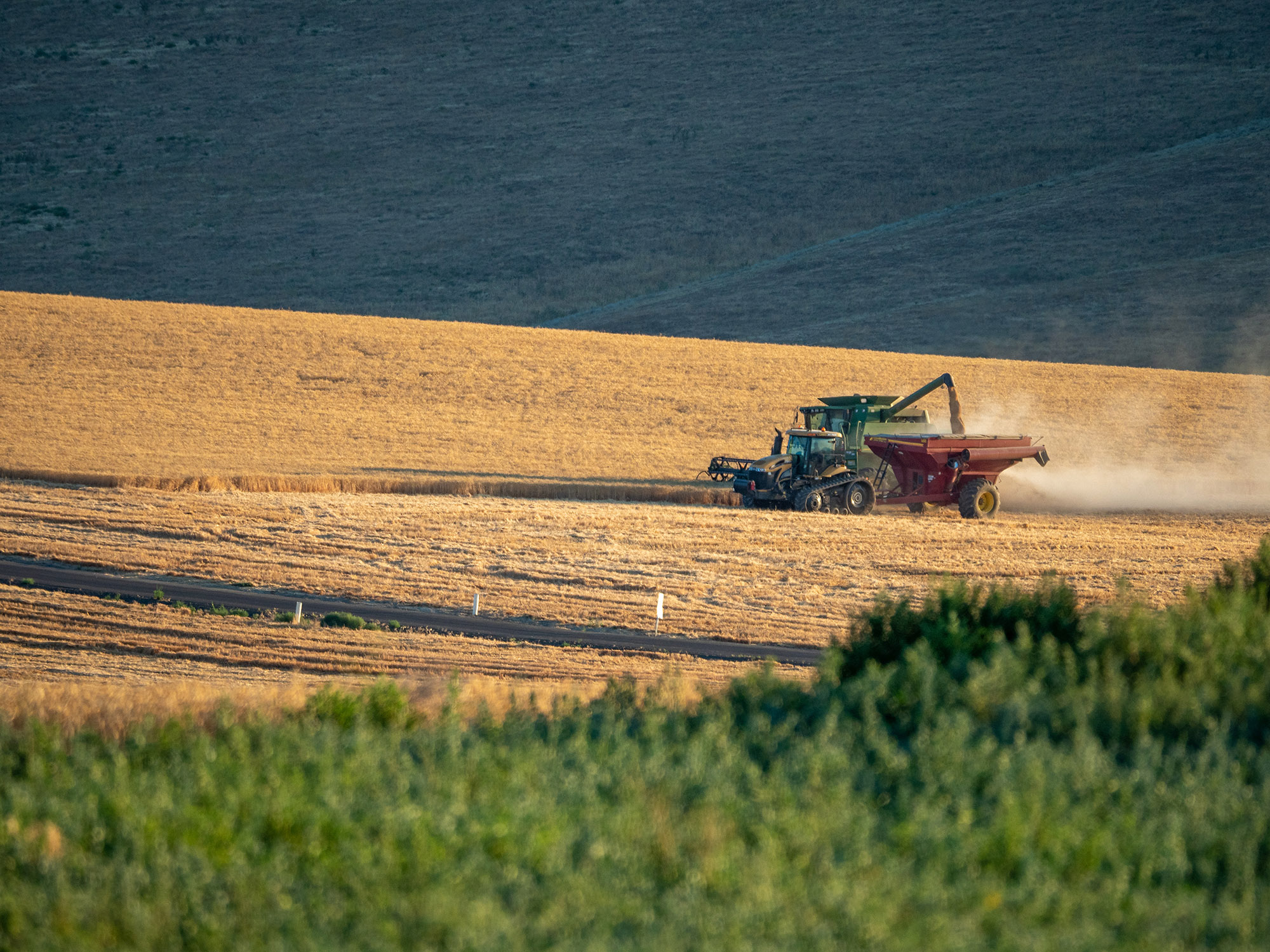 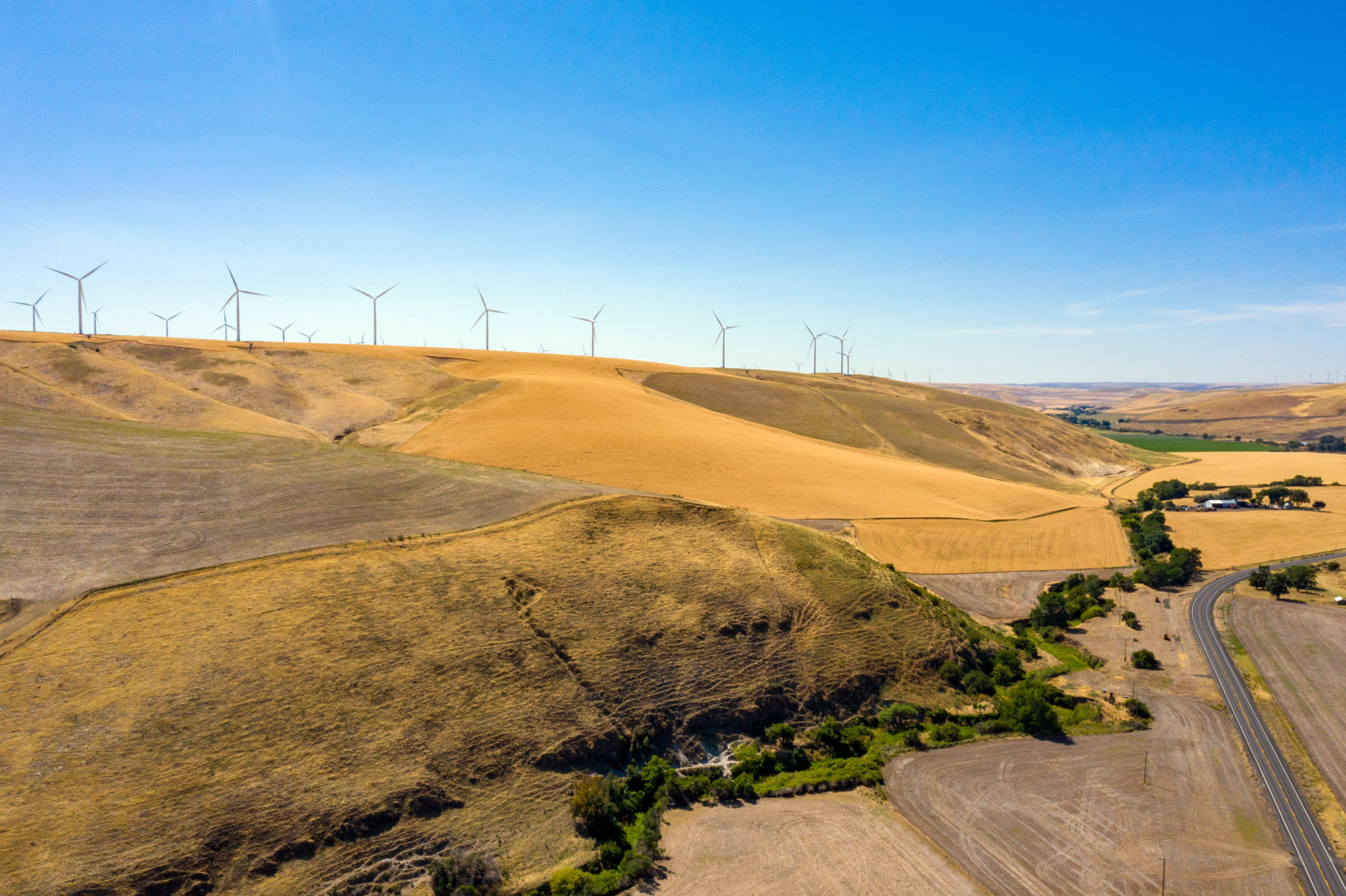 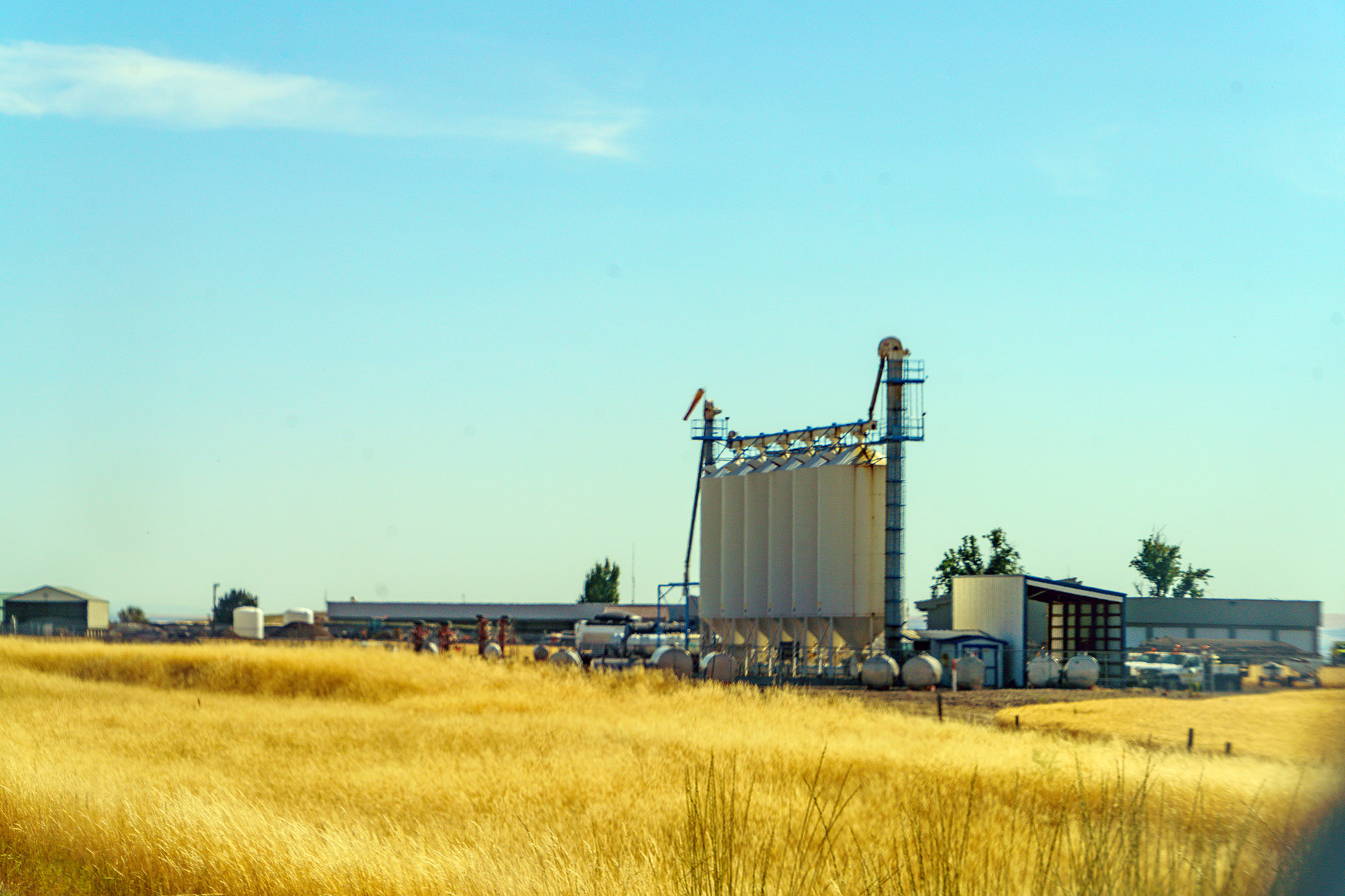 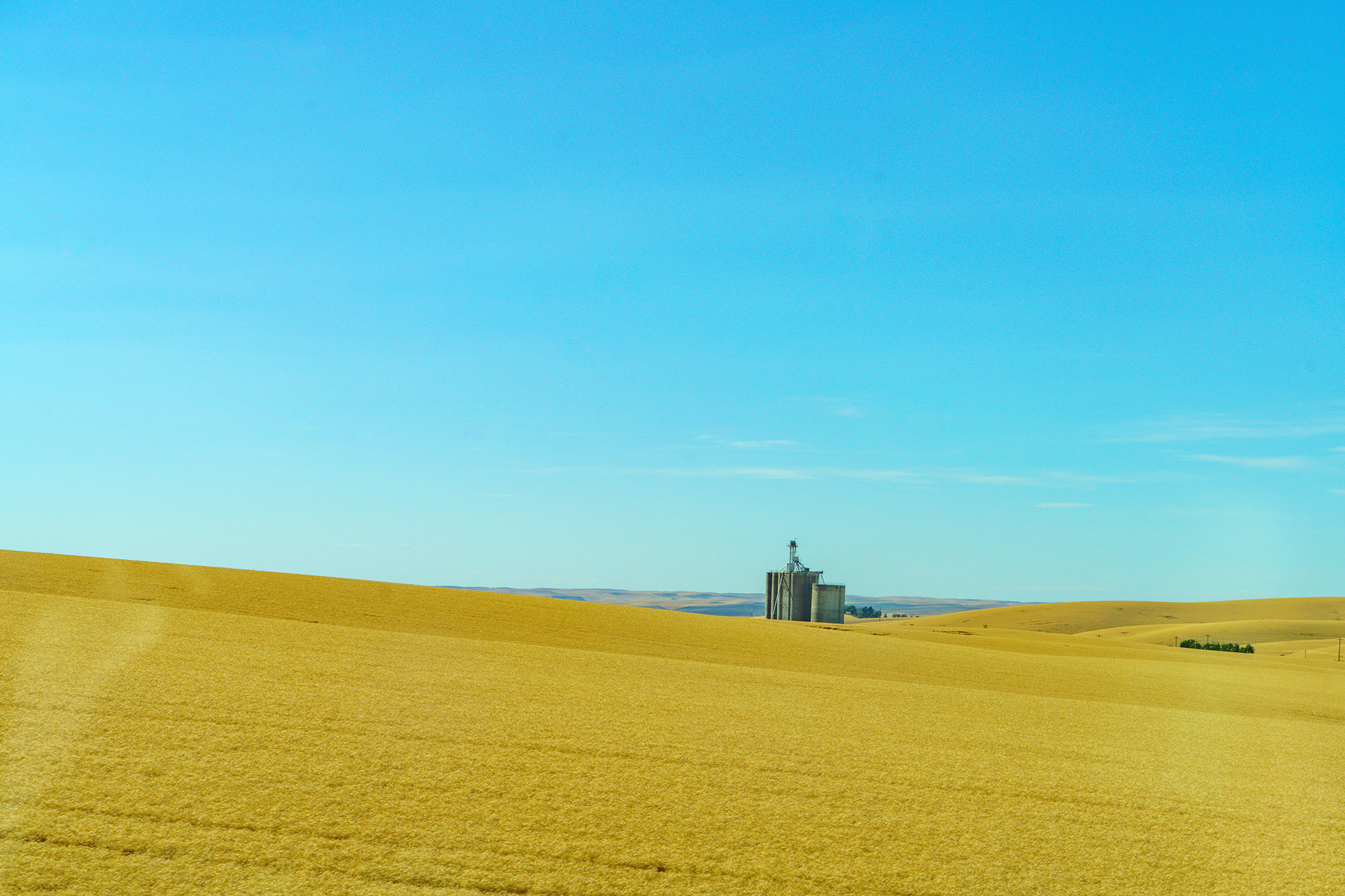 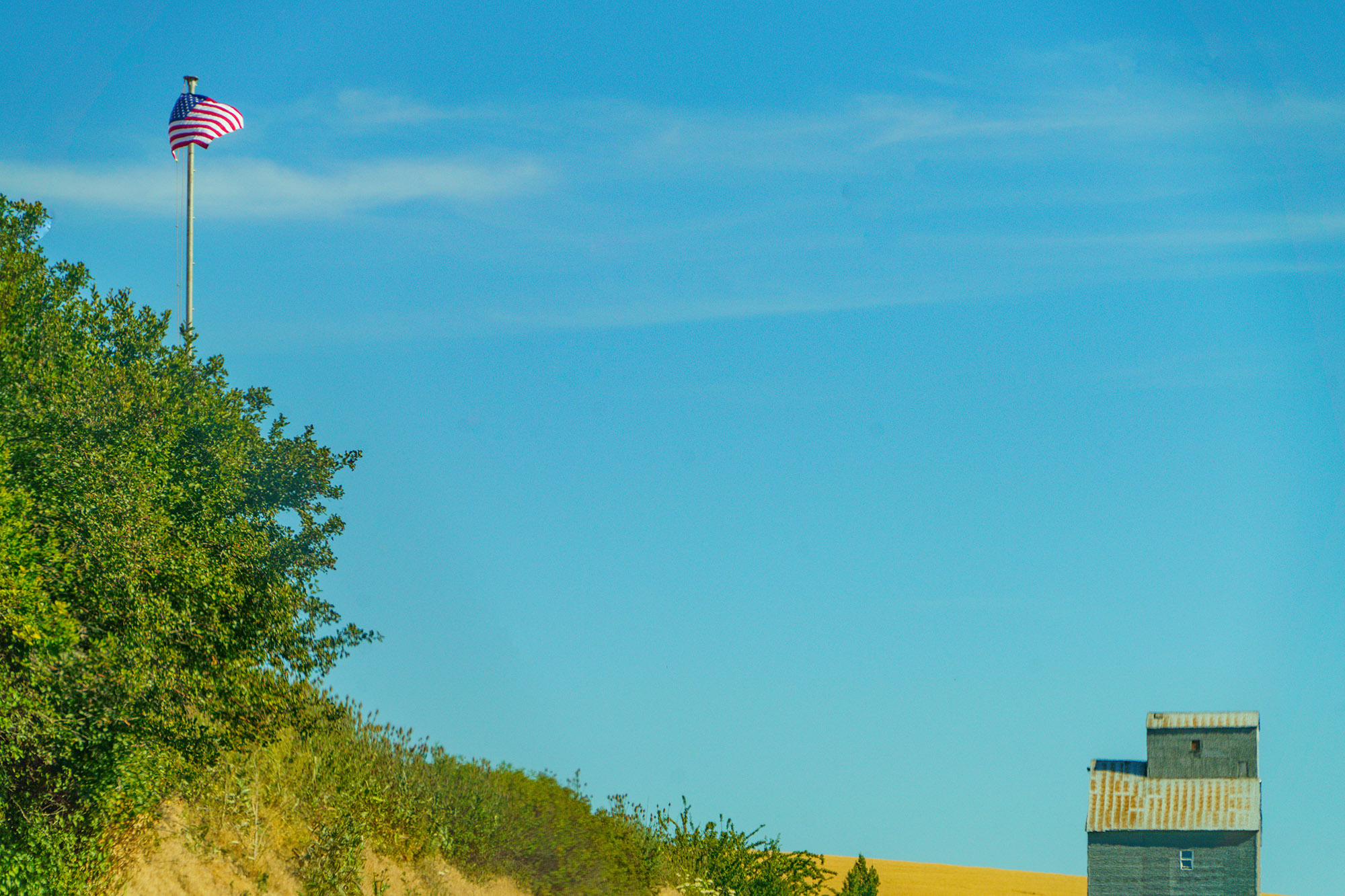 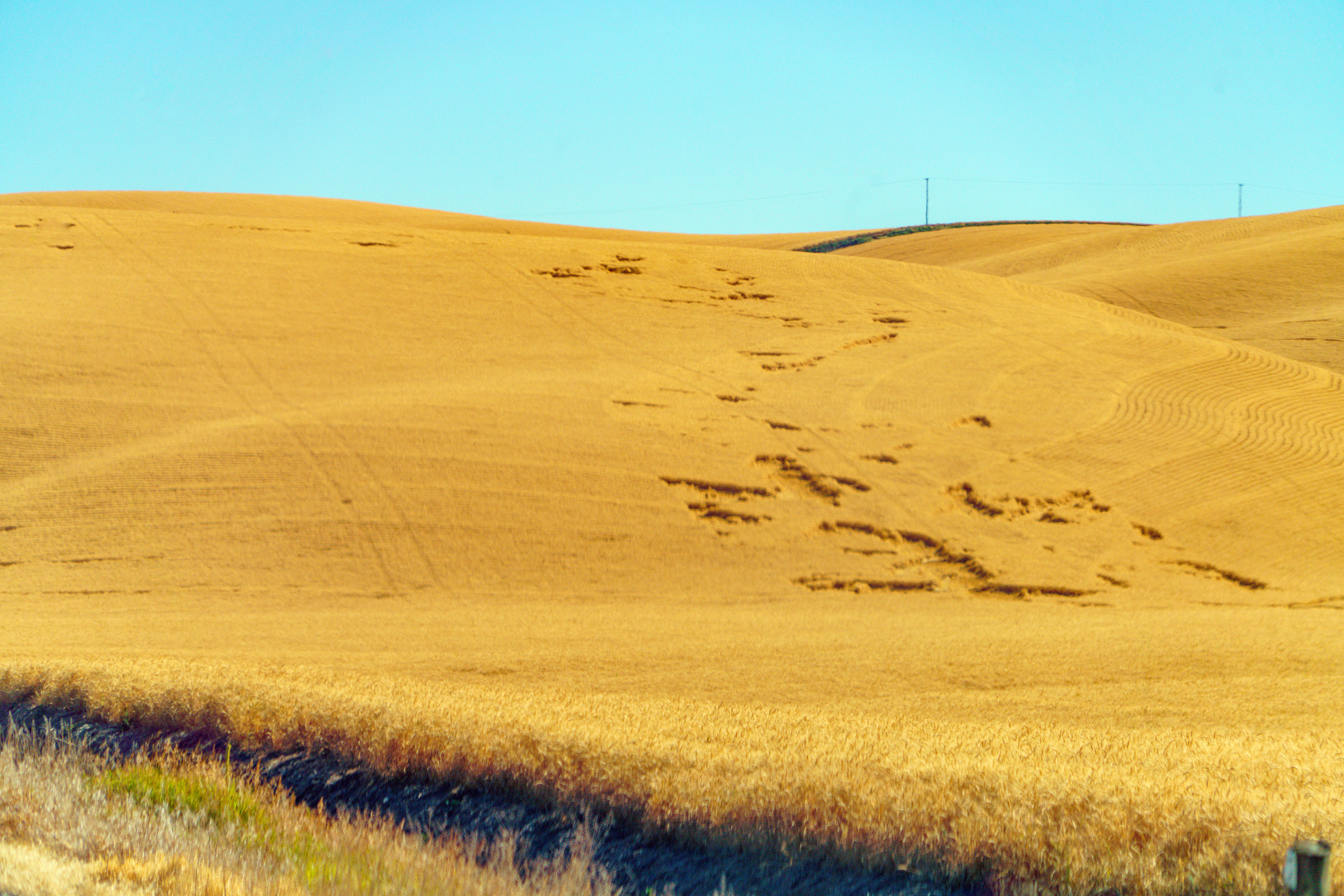 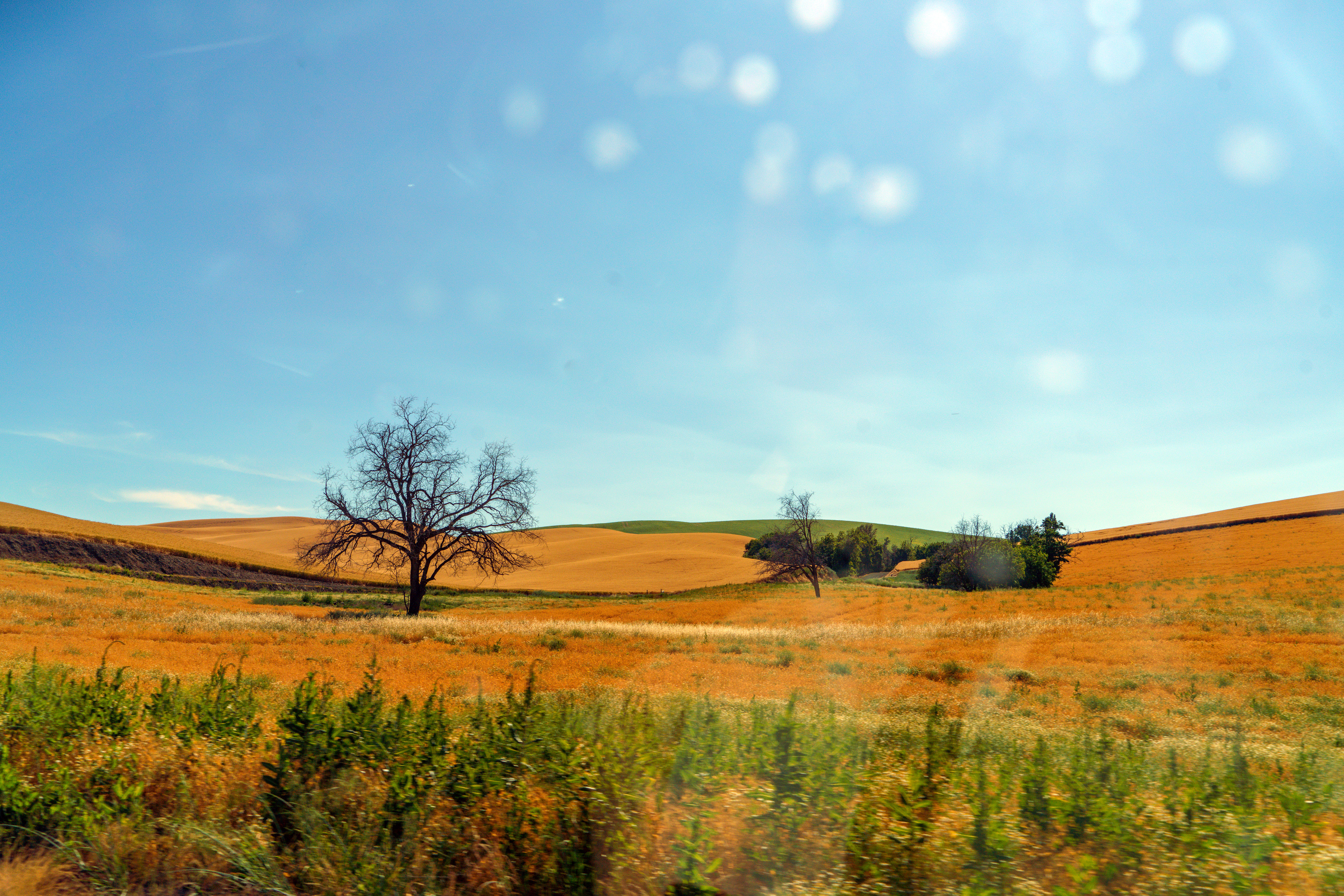 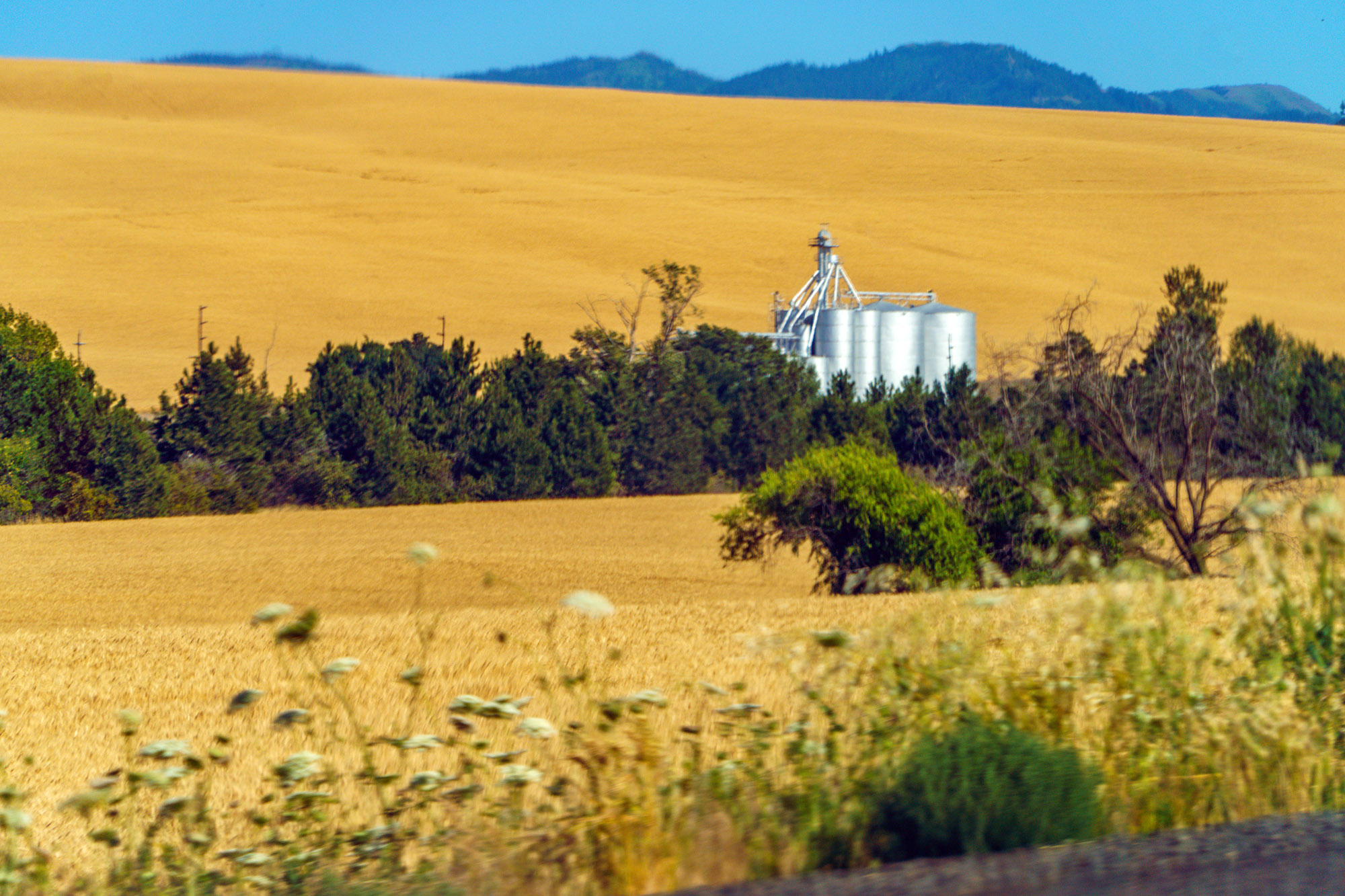 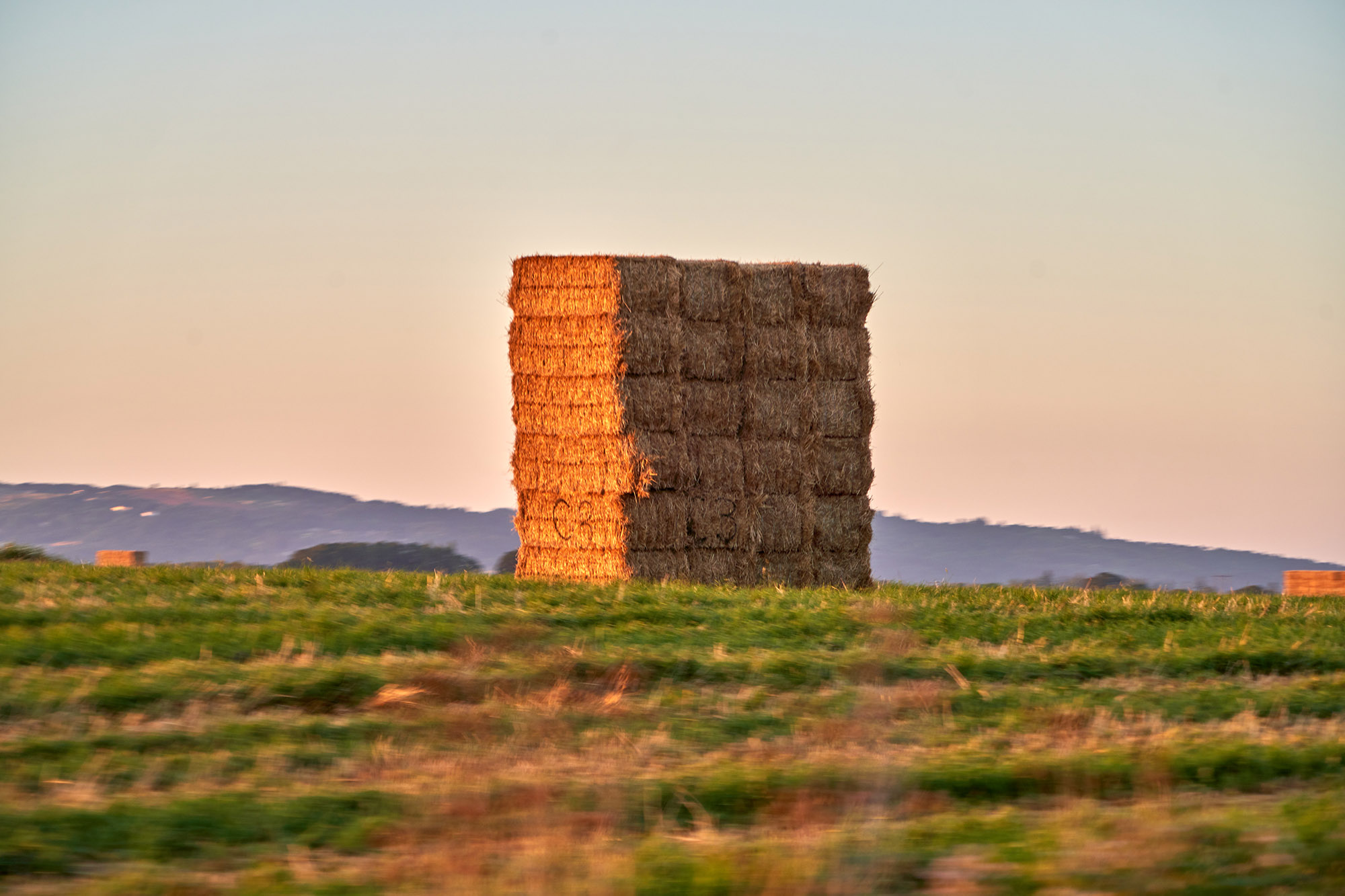 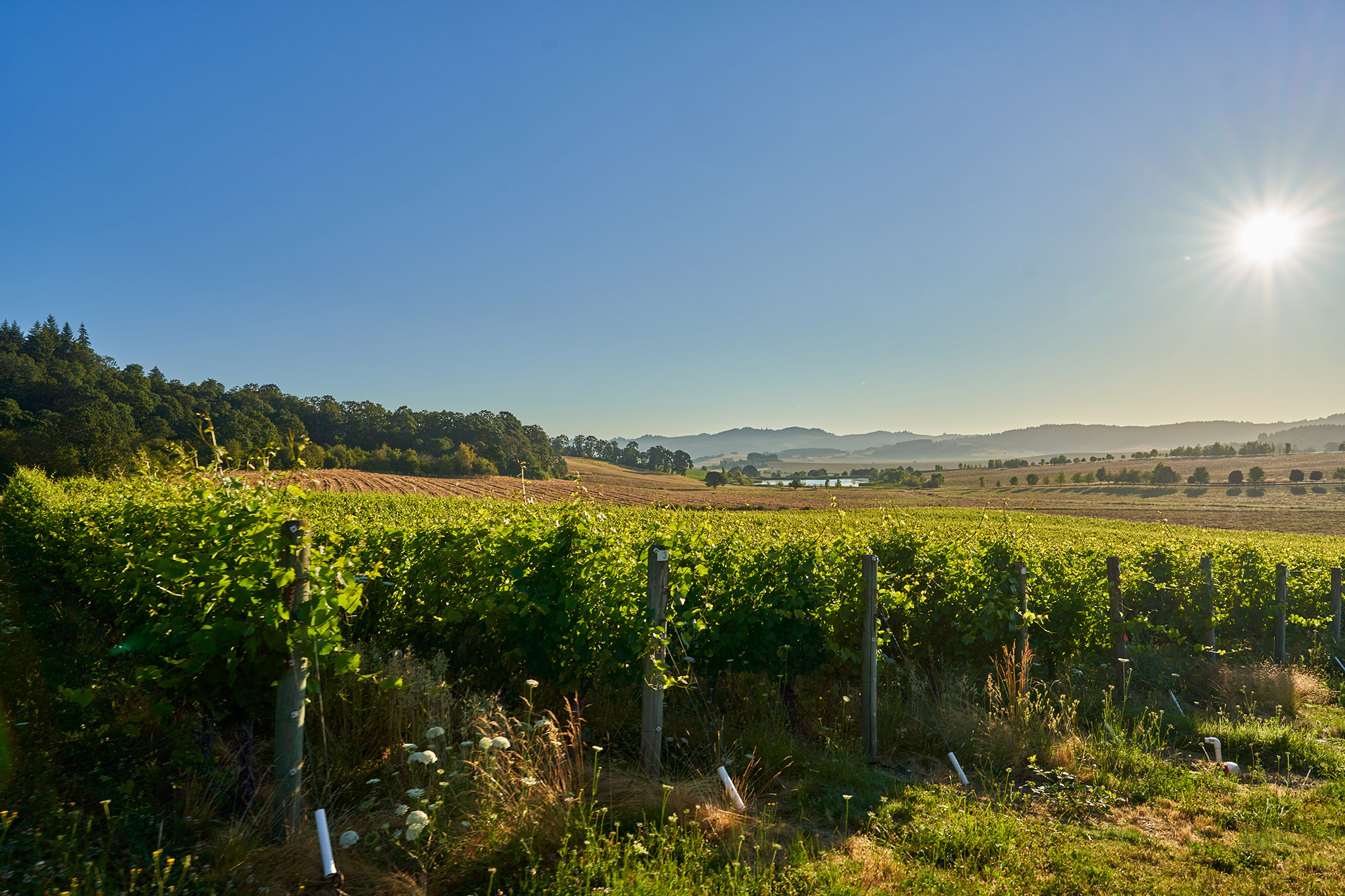 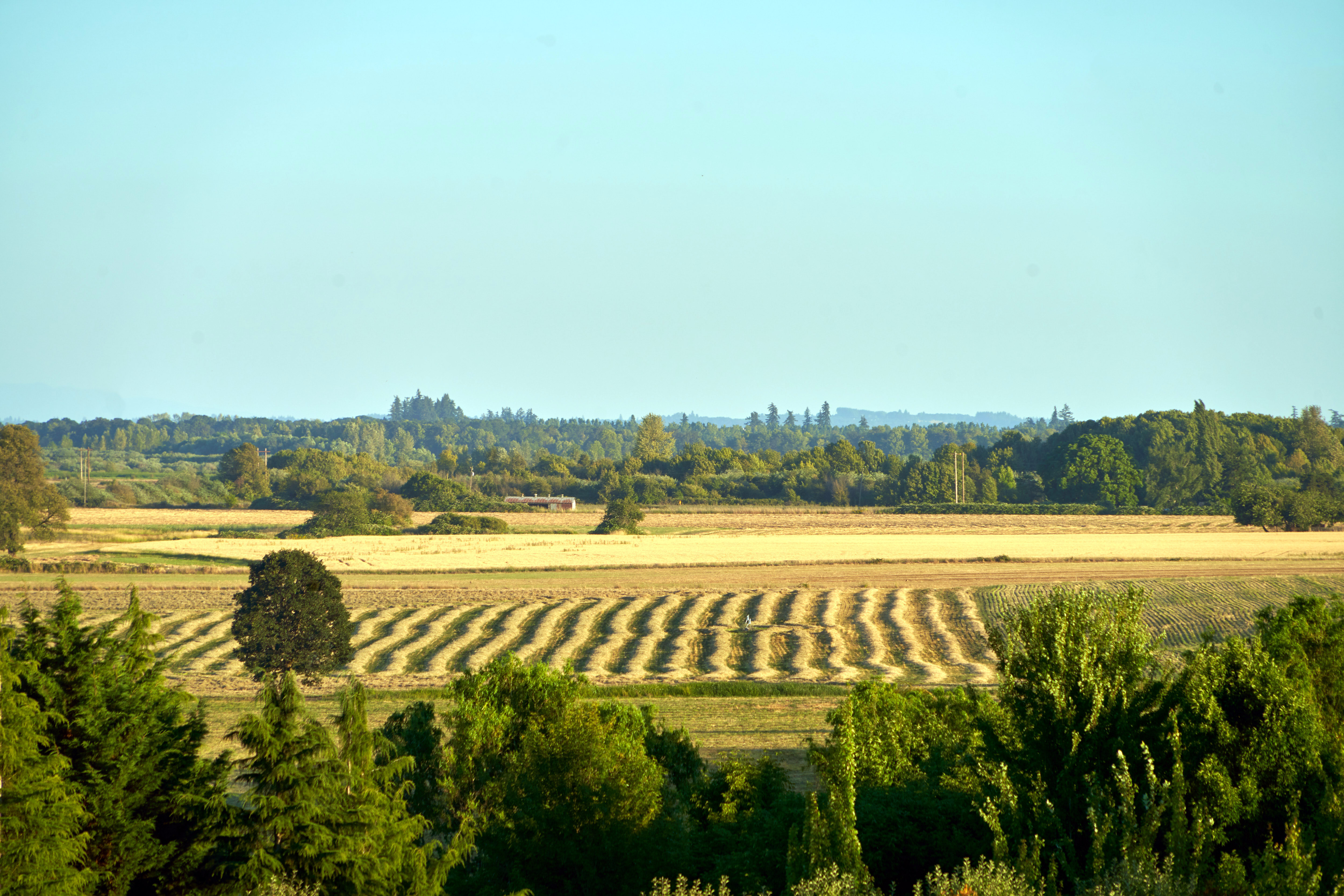 The Palouse region, via wikipedia. 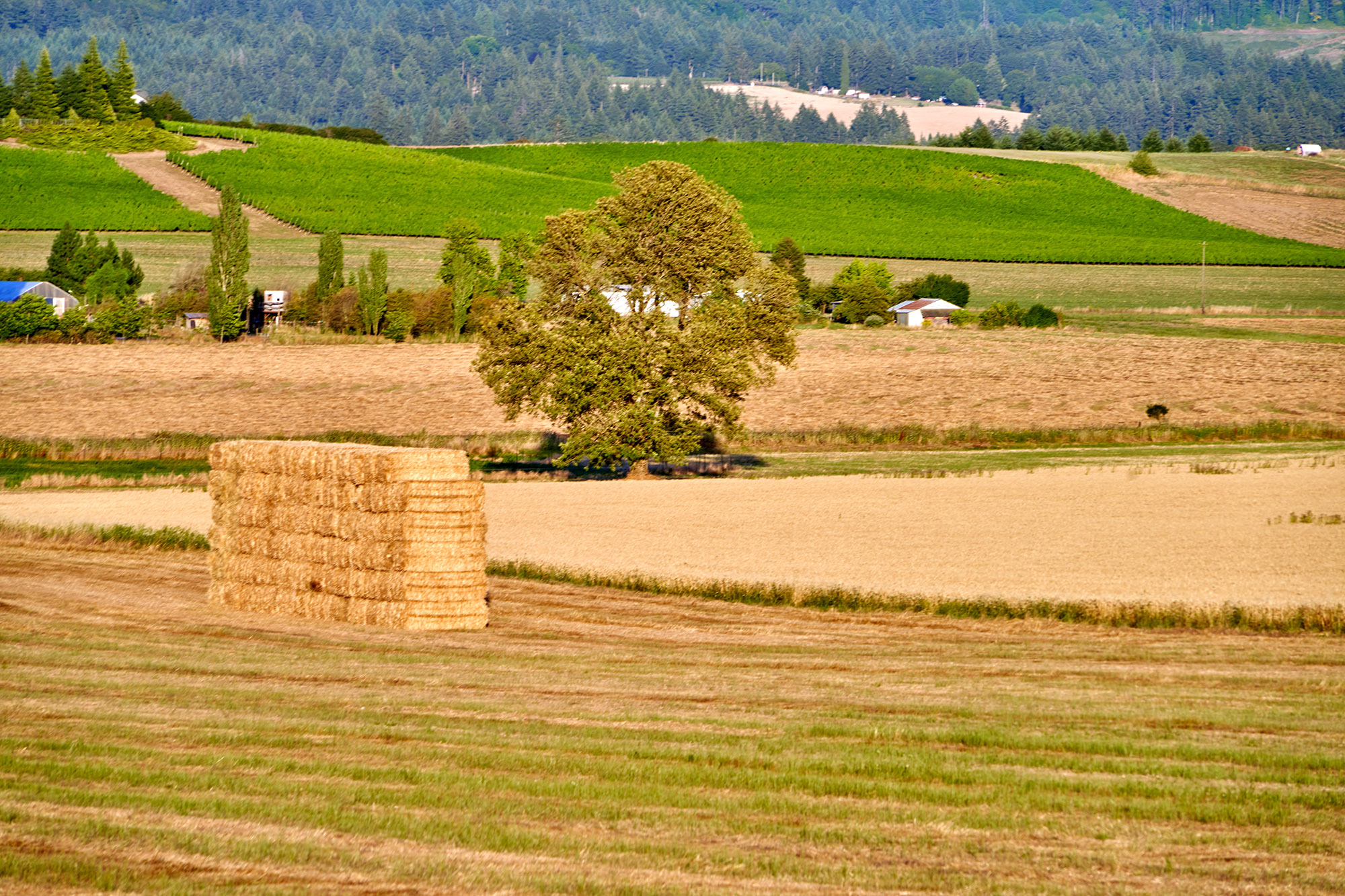 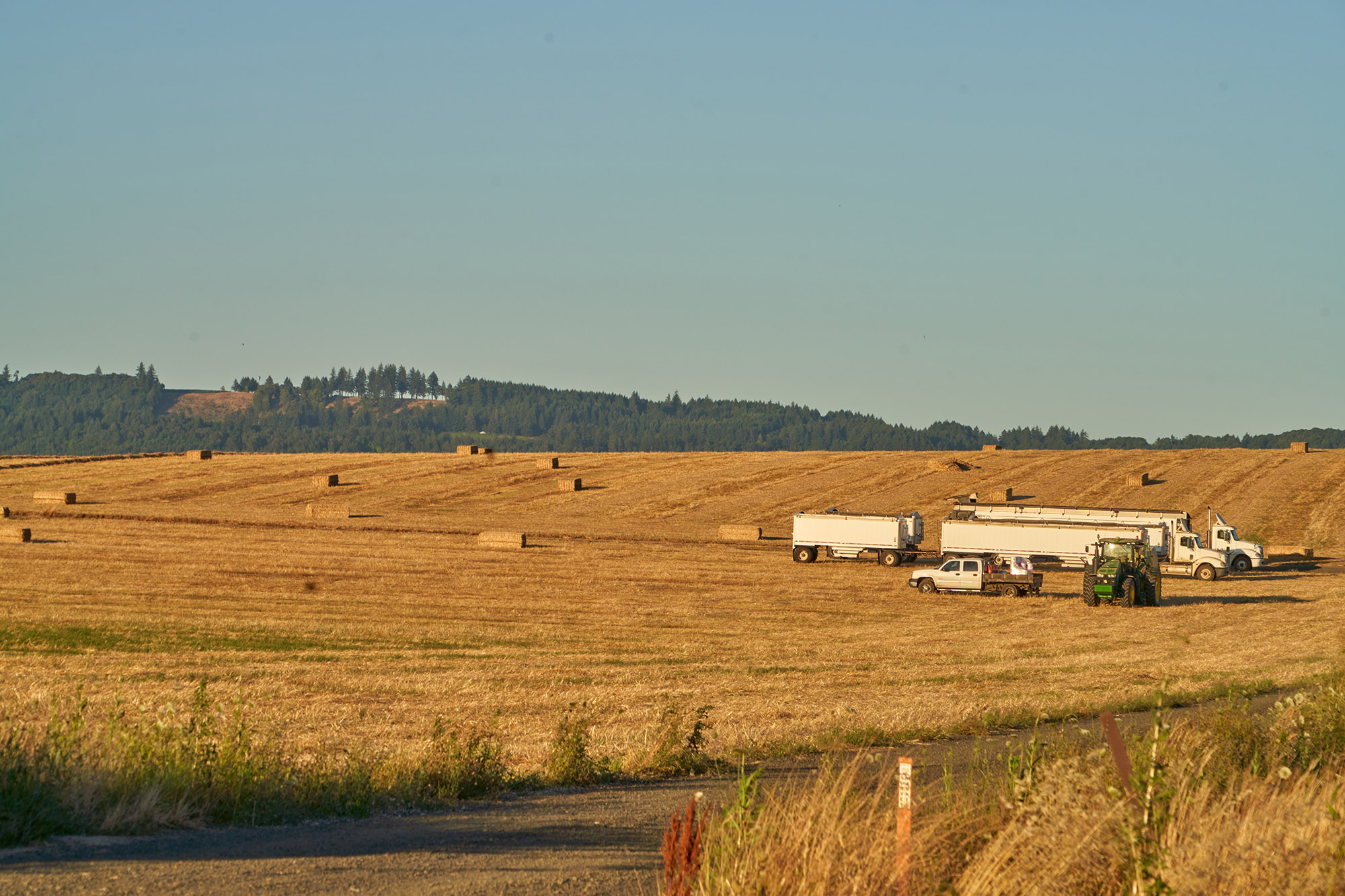 Todd Wickus, owner of a toy store on the square, recently suggested that all downtown businesses require masks and build a unified branding campaign around the policy. Twenty business owners signed on. But Mr. Wickus, who heads the downtown business association, said he tabled the idea because not enough businesses agreed.

John Kessenich, owner of a health- and natural-products store, opposed Mr. Wickus’s plan. He says he is already taking steps to keep people safe through “respectful distancing, personal hygiene” and promoting probiotics. “I don’t believe it’s a good thing to mandate that everybody wear a mask,” he said.

Ms. Burroughs, the hair stylist and a Trump backer, said she lost $12,000 in bookings under the governor’s stay-at-home order and more money in rents from other stylists who use her space. She thinks it was wrong that the state allowed big retailers to remain open while closing small businesses and places of worship.

“I don’t feel it was right to say who was essential and who was not,” she said. “I should be allowed to have a job and work. I don’t have another resource. Our livelihood depends on the income that we provide.

After much consideration, I’ve decided to break one of my key rules when talking about money, which is:

‘Never use substance metaphors to talk about money’

I have this rule because, while it may be printed upon physical objects (‘cash’), money is not a substance: it’s not ‘blood flowing through the veins of the economy’, or whatever other substance metaphor you may wish to use.

But, in this instance, I’m going to break the rule and use the metaphor of water to show you that bank deposits are never deposited into banks.

The glass pictured above stores liquids. If I take a jug of water and pour water into this glass, I’m depositing water into it. After I’ve done that, I might say there is a ‘water deposit’ in the glass.

Admittedly we don’t often use that phrase to talk about water, but think for example of a geological metal deposit: in the beginning of the earth asteroids crashed and ‘deposited’ debris all over the planet, while volcanos ‘deposited’ lava, which nowadays leads us to discover ‘cobalt deposits’, ‘gold deposits’ or ‘iron ore deposits’.

Notice that the verb ‘deposit’ creates a noun of the same name: the exploding volcano ‘deposits iron deposits’, or the jug ‘deposits a water deposit’ into the glass.

We know that political bias warps cognition, sometimes catastrophically, and this is, I think, an example of that in action. Lepore read Feldman’s research and she misunderstood part of it, despite being an exceptionally intelligent person. Like many other Left-leaning Democrats, she is convinced that police brutality is a huge, under-acknowledged problem in the United States, and she therefore jumped to the conclusion that this wildly inflated ‘two-thirds’ figure was plausible.

The staff at the New Yorker who read her piece also, we must assume, considered it to be plausible. The sentence was printed and, as of the time of writing, has not been corrected. There has been no uproar on social media. I reached out to both the New Yorker and Feldman for comment, and have not received replies.

A small, troubling example of the effect of political bias on journalism.

What makes a picture good? Not only because this is a very subjective question it is a hard one to answer. We will still try to do that and in the process we will also come across the following questions: why do you take pictures in the first place and: for whom

In the graphics that follow, Scientific American presents detailed explanations, current as of mid-June, into how SARS-CoV-2 sneaks inside human cells, makes copies of itself and bursts out to infiltrate many more cells, widening infection. We show how the immune system would normally attempt to neutralize virus particles and how CoV-2 can block that effort. We explain some of the virus’s surprising abilities, such as its capacity to proofread new virus copies as they are being made to prevent mutations that could destroy them. And we show how drugs and vaccines might still be able to overcome the intruders. As virologists learn more, we will update these graphics on our Web site

Start-ups that sell everything from mattresses to data-warehousing software have long used “making the world a better place”-style mission statements to energize and motivate their workers. But as the economic fallout from the coronavirus persists, many of those gauzy mantras have given way to harsh realities like budget cuts, layoffs and bottom lines.

That now puts companies with a “commitment” culture at the highest risk of losing what made them successful, said Ethan Mollick, an entrepreneurship professor at the University of Pennsylvania’s Wharton School.

June 9th, 2020 at 2:13 pm, I paid $13.87 to have bubble tea delivered to my house via the popular food delivery service Doordash. I can’t say I’m especially proud of this decision.

When I made the purchase, I expected that my little indulgence would remain between me and Doordash, since I hadn’t done anything to explicitly link the service to my other online accounts. Maybe the driver who delivered it would roll their eyes. Maybe Doordash’s recommendation system would say “Ah, that’s a juicy sale!” and suggest I repeat the order in a few days. But I assumed my purchase wouldn’t ripple much beyond that.

But I was wrong. Doordash (and hundreds of companies like it) aren’t just recording every purchase you make. They’re also sharing purchase data with other companies, who are using it to target ads. And as I would discover as a result of my extravagant bubble tea order, one of those companies is Facebook.

The key person to think about is the reader. They are busy people — who normally read only one screen or a story and SELDOM read more than two screens. (A screen typically is around 300 words, though a lot depends on the illustrations.) That does not mean no long stories. As I have said before, a long story on a complicated topic can save readers time if it replaces the need to read a lot of short ones. We need to do pieces that join the dots. And everybody will always read something long of it is fascinating. Some of our most-read stories are from Businessweek. But is has to be good enterprise. Some of our enterprise stories at the moment should really have been Blasts — and a few should just have been spiked.

In general our readers either want to have a quick piece of information or something that justifies the longer read. A good rule of thumb is that stories should either be shorter than 400 words or longer than 900. You either have a simple news story or a single observation (in which case go short) or a yarn or a chance to explain something very complicated (in which case go long). But taking 700 words or 800 words to make a single point will just annoy readers.