he House Republicans’ first major technology initiative is about to be unveiled: a push to force Internet companies to keep track of what their users are doing.
A House panel chaired by Rep. F. James Sensenbrenner of Wisconsin is scheduled to hold a hearing tomorrow morning to discuss forcing Internet providers, and perhaps Web companies as well, to store records of their users’ activities for later review by police.
One focus will be on reviving a dormant proposal for data retention that would require companies to store Internet Protocol (IP) addresses for two years, CNET has learned.
Tomorrow’s data retention hearing is juxtaposed against the recent trend to protect Internet users’ privacy by storing less data. Last month, the Federal Trade Commission called for “limited retention” of user data on privacy grounds, and in the last 24 hours, both Mozilla and Google have announced do-not-track technology.

Amazing. I thought the economy was job #1 for the Republicans. 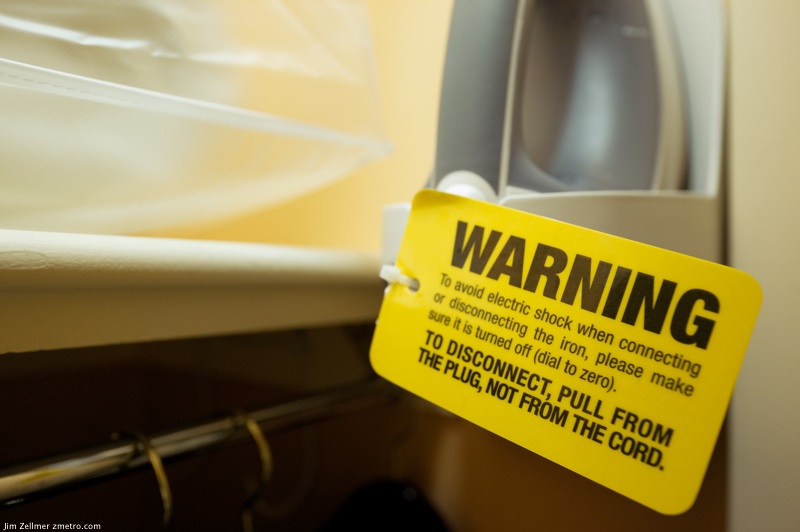 BERLIN — Germany should become a leader in international data protection standards, the country’s justice minister said Friday, and she praised WikiLeaks for helping raise awareness of the issue in the United States.
Sabine Leutheusser-Schnarrenberger, who has clashed with U.S. internet giants such as Google and Facebook over privacy issues, announced the establishment of a new German foundation that would explore data security issues, such as how a high security standard could be used to competitive advantage and develop technology to protect user privacy.

I STARTED the day on Tuesday by visiting Tata’s steelworks in Jamshedpur. I found it awe-inspiring. The scale is mind-blowing: 2.5 hectares of industrial muscle. Even more mind-blowing is the steelmaking process itself: the giant cauldrons of molten steel, the huge trains shifting raw materials about, the fashioning of the molten steel into iron sheets. Three things struck me in particular. First, the relatively small number of people involved. Though based in a relatively poor company, this is a high-tech, high-skill, highly mechanised process. Second, the intelligence and enthusiasm of the people I talked to. These people love to talk about steel! And they love to recite war stories from their visits to other steel mills! (I apologise if I lost the plot every now and again). And third, the smoothness of the organisation. Every process seemed to be perfectly choreographed, and everybody seemed to know their role. Tata Steel has reduced its workforce from 78,000 in the mid-1990s to 35,000 today, while quadrupling the amount of steel it produces. We need a similar revolution in the public sector.

In the 1990s, attorney Gary Reback helped goad the Department of Justice into launching the landmark antitrust lawsuit against Microsoft Corp. by hauling willing witnesses and damning information before any government body that would listen.
Reback, of Menlo Park law firm Carr & Ferrell LLP, is now waging a similarly relentless campaign against a technology giant of this era, Google Inc.
In an extensive interview with The Chronicle, he argued the Mountain View search company is engaging in a host of anti-competitive behaviors that are no less egregious than the earlier actions of Microsoft.
He also claims the Federal Trade Commission recently backed off an inquiry into certain of Google’s practices at the behest of the DOJ. It’s known to be conducting a separate investigation into, and possibly preparing to block, the company’s proposed acquisition of travel data company ITA Software. (Read on for his take on what that means.)

Early in January 1939, the precocious German theologian Dietrich Bonhoeffer, age thirty-two, learned that all males in his age cohort had been ordered to register with the military. A dedicated opponent of the Nazi regime, he might have responded by declaring himself a conscientious objector, but there were two problems with such a course of action. The first was that Bonhoeffer, although pacifist by inclination, was not opposed to violence under all conditions; and he would later play an active role in the conspiracy led by German generals to assassinate Hitler. The second was that his fame in the Confessing Church (more on this below) might encourage other religious leaders critical of the regime to do the same, thereby bringing them under greater suspicion and undermining their efforts to prove that Nazi policies, and especially their rapidly intensifying Jew-hatred, were contrary to the teachings of Jesus Christ.
The solution was provided by America’s most illustrious theologian, Reinhold Niebuhr. Nine years earlier, Bonhoeffer had spent a year in the United States as a free-floating exchange student at Union Theological Seminary, arriving not long after Niebuhr had moved there from Detroit. He had made such a positive impression on Union’s faculty that Niebuhr jumped at the opportunity to bring him back. If we fail to offer him a job, he told Union’s president, Henry Sloane Coffin, Bonhoeffer will wind up in a concentration camp. This was not the stuff of run-of-the-mill letters of recommendation. Union extended the offer. Grateful to have a way out of his dilemma, Bonhoeffer booked passage, and in June 1939 found himself safe in America.

David Hockney may be pretty isolated here in Yorkshire, some four hours by train from London, but that’s the way he likes it. Ensconced near the quiet rural landscape he’s immortalized in paintings and watercolors, he has more time not only to draw but to experiment with new ways of making art.
“We think we’re way ahead here,” he confides. “We need this little remote place to be observant about the medium.”
The art-making medium he’s using most often these days is the iPad, brother to the iPhone, which he took up earlier. Whether he’s lying in bed or driving through snow-covered woods, his ever-ready iPhone and iPad are instant drawing pads, always by his side. The electronic duo keeps him in touch with not only his craft but a small group of friends and colleagues who regularly receive his colorful missives of landscapes, flowers, cap or ashtray. 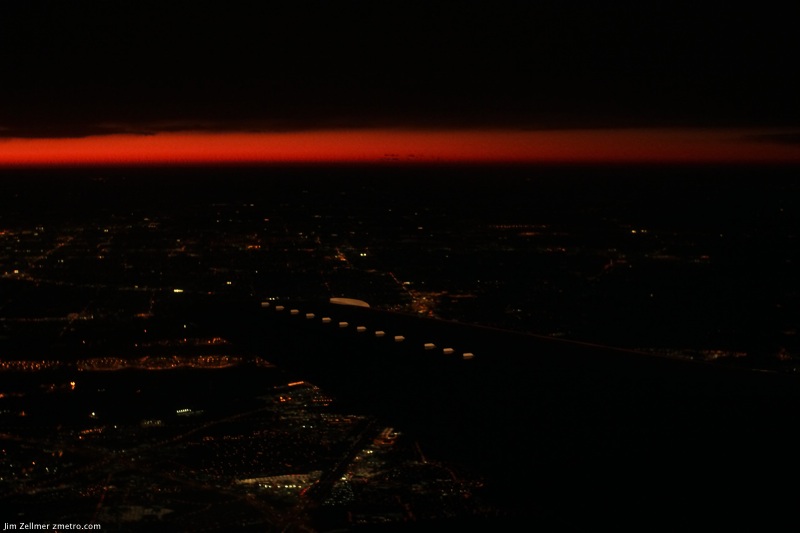 A few weeks ago I was sitting in my office, reading Foreign Policy magazine, when I made a striking discovery. Sitting next door to me, separated only by a narrow partition, is one of the world’s leading thinkers. Every year, Foreign Policy lists the people it?regards as the “Top 100 Global Thinkers”. And there, at number 37, was Martin Wolf.
I popped next door to congratulate my colleague. Under such circumstances, it is compulsory for any English person to make a self-deprecating remark and Martin did not fail me. The list of intellectuals from 2010, he suggested, looked pretty feeble compared with a similar list that could have been drawn up in the mid 19th century.
This was more than mere modesty. He has a point. Once you start the list-making exercise, it is difficult to avoid the impression that we are living in a trivial age.
The Foreign Policy list for 2010, it has to be said, is slightly odd since the magazine’s top 10 thinkers are all more famous as doers. In joint first place come Bill Gates and Warren Buffett for their philanthropic efforts. Then come the likes of Barack Obama (at number three), Celso Amorim, the Brazilian foreign minister (sixth), and David Petraeus, the American general and also, apparently, the world’s eighth most significant thinker. It is not until you get down to number 12 on the list that you find somebody who is more famous for thinking than doing – Nouriel Roubini, the economist.

America’s exceptionalism finds it natural to condition its conduct toward other societies on their acceptance of American values. Most Chinese see their country’s rise not as a challenge to America but as heralding a return to the normal state of affairs when China was preeminent. In the Chinese view, it is the past 200 years of relative weakness – not China’s current resurgence – that represent an abnormality.
America historically has acted as if it could participate in or withdraw from international affairs at will. In the Chinese perception of itself as the Middle Kingdom, the idea of the sovereign equality of states was unknown. Until the end of the 19th century, China treated foreign countries as various categories of vassals. China never encountered a country of comparable magnitude until European armies imposed an end to its seclusion. A foreign ministry was not established until 1861, and then primarily for dealing with colonialist invaders.
America has found most problems it recognized as soluble. China, in its history of millennia, came to believe that few problems have ultimate solutions. America has a problem-solving approach; China is comfortable managing contradictions without assuming they are resolvable.
American diplomacy pursues specific outcomes with single-minded determination. Chinese negotiators are more likely to view the process as combining political, economic and strategic elements and to seek outcomes via an extended process. American negotiators become restless and impatient with deadlocks; Chinese negotiators consider them the inevitable mechanism of negotiation. American negotiators represent a society that has never suffered national catastrophe – except the Civil War, which is not viewed as an international experience. Chinese negotiators cannot forget the century of humiliation when foreign armies exacted tribute from a prostrate China. Chinese leaders are extremely sensitive to the slightest implication of condescension and are apt to translate American insistence as lack of respect.