I was thinking we should do questions first and chat later,” says Rory Stewart, 36 and director of the Carr Centre for Human Rights at Harvard’s Kennedy School. I ask if the distinction is absolutely necessary; we are, after all, settling down for lunch, not preparing for a seminar.

“There might”, he says, “be a holistic theory that there’s no real distinction between interview and personal chat, just like there’s a theory that there’s no distinction between development, state-building and counter-insurgency, but I like to see things in categories.” He pauses to gauge whether I’m still following: “It’s like my belief that counter-terrorism is completely different from development.”

It is perhaps not surprising Stewart has no time for small talk. He has walked 6,000 miles across Asia; written a bestselling travel book at 28, and last year was chosen as one of Esquire magazine’s 75 most influential people of the 21st century.

Upon accepting the position at Harvard, he bought a huge house in Cambridge, where he now lives alone, filling it with furniture from his family home in the Scottish Highlands – evidence, perhaps, that he had renounced the life of an adventurer and charity director in Asia to settle down.

The restaurant where we meet is certainly sedate. Harvest specialises in New England cuisine (stews and seafood). Jazz plays in the background, and the napkins are shaped into concertinas. Stewart greets me with a toothy smile, sits down and, after a brief tutorial on the difference between counter-terrorism and development, opens a menu. He has, he says, had clam chowder for breakfast, and, undaunted by the prospect of yet more soupy seafood, orders mussels, followed by bouillabaisse. “Oh yes, I’m very New England,” he says.

Stewart has a detached way of speaking, in perfect paragraphs, without hesitation. He once told a former colleague that he added “um”s and “er”s to his speech at school because he was scaring the other children. You can tell when he is excited by a topic because his speech seems less scripted, and he surprises me by becoming more animated when I ask him about whether he feels at home in Cambridge – even though he answers my question by talking about Afghanistan: “There, I wake up looking at a mud courtyard with peacocks prancing on the grass; I go down to the old city…”

Since arriving at Harvard in June last year, he has been consultant to several members of Barack Obama’s administration, including Hillary Clinton, and is a member of Richard Holbrooke’s special committee for Afghanistan and Pakistan policy. “I do a lot of work with policymakers, but how much effect am I having?” he asks, pronging a mussel out of its shell. 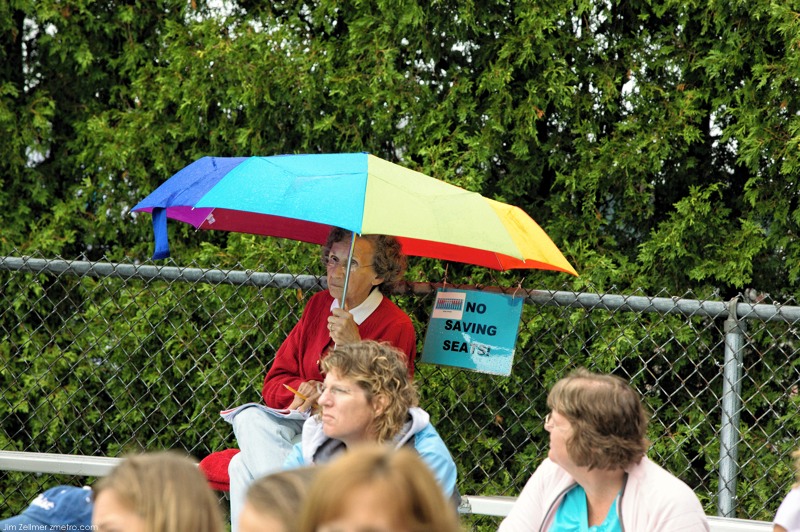 Of all the planes to touch down in Oshkosh this week, one towers above all others. That’s the Airbus A380.


We’ve written about the 380 before, and it’s tough to call a plane that’s already in service at three different airlines experimental, but today Airbus gave us – and the rest of the crowd here – something much cooler than your typical commercial jet landing. Flying in from Toulouse (via Milwaukee) under the command of test pilot Terry Lutz, the 380 did multiple flybys over the airfield, showing off for the thousands of assembled plane watchers before touching down at 3:15 local time.


As the plane rolled to a stop, it’s four engines still roaring, we couldn’t help but be awed all over again by its sheer size: 239 feet long, 79 feet high, with a wingspan of almost 80 269 feet and weighing in at 610,000 pounds. Seeing the plane in the company of so many other things with wings (some of them not so small themselves) puts those numbers in perspective. And while it might seem silly to call an aircraft the size of the A380 graceful, there’s no other way to describe the way it gently turned and banked as it circled the airfield before making its final approach. We’ve made it clear from the start that we love this plane, and today in Oshkosh we found a reason to love it a little bit more. 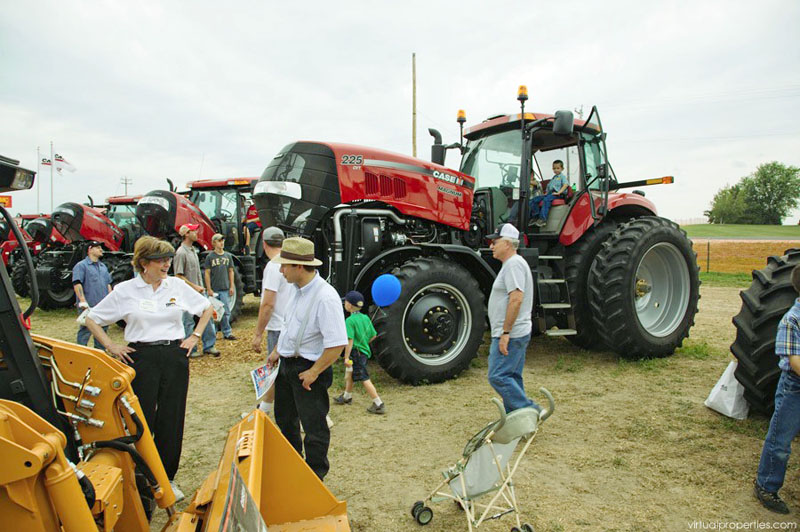 The only way these big developments have been able to get planning permission is for a local authority to parcel together a big tract of land (usually formerly industrial or railway land, often formerly publicly owned) and to give over the whole thing to a developer who is charged with driving the “regeneration” that the public sector has largely lost the ability to conceive. Consequently, rather than the network of public streets interspersed with public spaces, private blocks and semi-private but accessible courtyards that forms the fabric of the traditionally complex city centre, we get the pseudo-civic space of the mall without walls. Protest in these spaces is banned, as is public gathering, distribution of leaflets, drinking, sleeping and, of course, photography. Yet there has been no outcry.


Particularly in the UK, we have become so inured to the smooth transition of public assets into private ownership that even the loss of our public spaces seems to us quite natural. I have been asked to stop taking photos of new office buildings from the public street outside, I have been stopped in malls, in piazzas and by canals. I have even been asked to stop taking notes. What Debord was calling for was a city in which what was important was not the way it looked or how many new shops it had but the multiplicity of ways in which it could be used. His way of subverting the structure of a Paris that had been conceived by Baron Haussmann, with wide avenues to enable an army swiftly to quell a revolution, was to walk across it on an aimless walk – the famous dérive – in which the flâneur concentrates on the mundane and the banal and does not allow his gaze to be directed to the formal or the ceremonial.

The Guatamalan architect Teddy Cruz, who works in the strange hinterlands between the wealth of San Diego and the poverty of Tijuana just across the border in Mexico, has called for a new system of measuring the success of a city – one based not on density of population or on the value of turnover and rent but on the frequency of social transactions. It represents a radical departure. The idea of regeneration that has emerged over the past couple of decades has been based solely on the generation of money. Big, retail-led and commercial schemes are encouraged, even subsidised, planning controls are loosened to accommodate them and civic democracy and local objections are overridden as the objectives of rising property prices, increased local taxes and the presence of “flagship” and “anchor” stores and brands becomes a planning Xanadu. 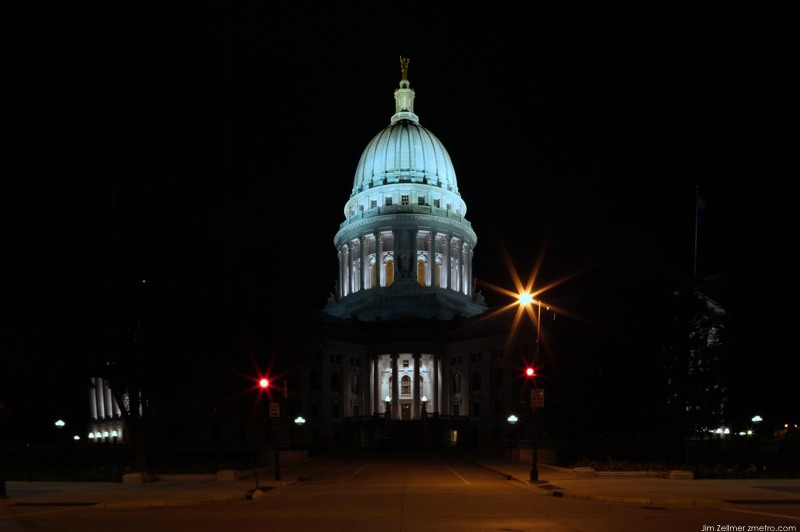 William White predicted the approaching financial crisis years before 2007’s subprime meltdown. But central bankers preferred to listen to his great rival Alan Greenspan instead, with devastating consequences for the global economy.


William White had a pretty clear idea of what he wanted to do with his life after shedding his pinstriped suit and entering retirement.

White, a Canadian, worked for various central banks for 39 years, most recently serving as chief economist for the central bank for all central bankers, the Bank for International Settlements (BIS), headquartered in Basel, Switzerland.

Then, after 15 years in the world’s most secretive gentlemen’s club, White decided it was time to step down. The 66-year-old approached retirement in his adopted country the way a true Swiss national would. He took his money to the local bank, bought a piece of property in the Bernese Highlands and began building a chalet. There, in the mountains between cow pastures and ski resorts, he and his wife planned to relax and enjoy their retirement, and to live a peaceful existence punctuated only by the occasional vacation trip. That was the plan in June 2008.

1958: The tallest wave ever recorded — splashing nearly 500 feet taller than the Empire State Building — explodes down Lituya Bay in the Gulf of Alaska.

Lituya Bay is a T-shaped fjord on the coast of the Alaskan Panhandle, west of Glacier Bay and about 120 miles west-northwest of Juneau. It measures 7 miles long by 2 miles at its widest point and has a narrow mouth (roughly 1,600 feet wide) that makes navigation difficult during high tides. Once inside, however, vessels (mostly fishing boats) find a snug anchorage among the coves lining the shore. Water from three glaciers empties into Lituya Bay, which is over 700 feet deep in places.

This topography was a major ingredient in the formation of the tsunami. (Or, more informally, megatsunami, a word used to describe a wave in excess of 100 meters, or 328 feet).

Summary: One indicator of the massive changes sweeping America is the destruction of longtime solid business models. This post discussed colleges; today we look at the news media. Tons of ink have been spilled on this, but IMO ignoring some likely outcomes.


The major news media are on a treadmill. Loss of credibility shrinks their audience, hence less revenue, hence reduced funding. Which reduces the quality of their product, hence even less audience. Worse is the loss of advertisers to new media (e.g., Craigslist and Google), which means less revenue, less funding for news collection, and smaller audiences.


This posts speculates about the future, what new models might emerge from this turmoil. Here are some guesses.