Escaping the latest of a string of steaming hot summer days, I duck gratefully into the cool interior of Tosca, an Italian restaurant in the lobbyist quarter of Washington DC. From the pavement it is not prepossessing, curtains entirely screening off the interior and presenting a blank face to the world. But the busy, clubby interior hums with power. Situated conveniently between Capitol Hill and the White House, and in the neighbourhood of some of Washington’s most powerful political consultancies, it has a reputation as a location for political deals and power-broking at the highest levels. It was here, legend has it, that Tom Daschle spent a five-hour dinner persuading Barack Obama to run for the US presidency. It is very DC.


By taking a loss on the first several years of Prius production, Toyota was able to hold its price steady, and then sell the gas-sippers in huge numbers when oil prices soared. Today a Prius costs roughly the same in inflation-adjusted dollars as those 1997 models did, and it has become the best-selling Toyota in the United States after the evergreen Camry and Corolla.

Instead of following Toyota’s model, G.M. decided to make the Volt more affordable by offering a $350-a-month lease over 36 months. But that offer allows only 12,000 miles per year, or about 33 miles per day. Assuming you charged your Volt every evening, giving you 40 miles of battery power, and wanted to keep below the mileage limit, you would rarely use its expensive range-extending gas engine. No wonder the Volt’s main competition, the Nissan Leaf, forgoes the additional combustion engine — and ends up costing $8,000 less as a result.

In the industry, some suspect that G.M. and the Obama administration decided against selling the Volt at a loss because they want the company to appear profitable before its long-awaited initial stock offering, which is likely to take place next month. For taxpayers, that approach might have made sense if the government planned on selling its entire 61 percent stake in G.M. But the administration has said it will sell only enough equity in the public offering to relinquish its controlling stake in G.M. Thus the government will remain exposed to the company’s (and the Volt’s) long-term fate.

A colleague over at Democracy in America (DiA), The Economist‘s blog about American politics, has written a very interesting post on the nature of online commenters. While the formality of composing a letter to the editor continues to generate considered and often polite prose by even the most aggrieved readers, the immediacy and anonymity of online commenting seems to encourage a tendency to insult and attack. "Faceless communication leads to disinhibition, whether it’s online, in a car or on the phone with a customer-service representative… Psychologists even have a name for the online phenomenon: ‘online disinhibition effect‘."

Publishers keen on a solution to nasty commenters will follow what happens at the Buffalo News. The paper has just proposed requiring readers to supply accurate identification if they want to weigh in, which is promising. (As one of the 65 commenters on the DiA post wrote, "I used to think anonymity was a good thing… However, over time my view has changed to the opposite. For every unique voice, there are thousands of mindless, thuggish screams.")


Modern medicine is good at staving off death with aggressive interventions—and bad at knowing when to focus, instead, on improving the days that terminal patients have left.

Sara Thomas Monopoli was pregnant with her first child when her doctors learned that she was going to die. It started with a cough and a pain in her back. Then a chest X-ray showed that her left lung had collapsed, and her chest was filled with fluid. A sample of the fluid was drawn off with a long needle and sent for testing. Instead of an infection, as everyone had expected, it was lung cancer, and it had already spread to the lining of her chest. Her pregnancy was thirty-nine weeks along, and the obstetrician who had ordered the test broke the news to her as she sat with her husband and her parents. The obstetrician didn’t get into the prognosis—she would bring in an oncologist for that—but Sara was stunned. Her mother, who had lost her best friend to lung cancer, began crying.


The doctors wanted to start treatment right away, and that meant inducing labor to get the baby out. For the moment, though, Sara and her husband, Rich, sat by themselves on a quiet terrace off the labor floor. It was a warm Monday in June, 2007. She took Rich’s hands, and they tried to absorb what they had heard. Monopoli was thirty-four. She had never smoked, or lived with anyone who had. She exercised. She ate well. The diagnosis was bewildering. “This is going to be O.K.,” Rich told her. “We’re going to work through this. It’s going to be hard, yes. But we’ll figure it out. We can find the right treatment.” For the moment, though, they had a baby to think about. 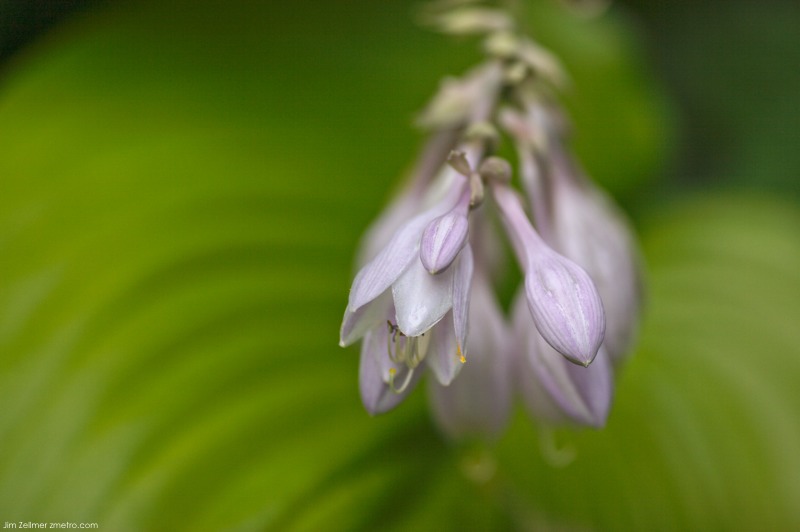 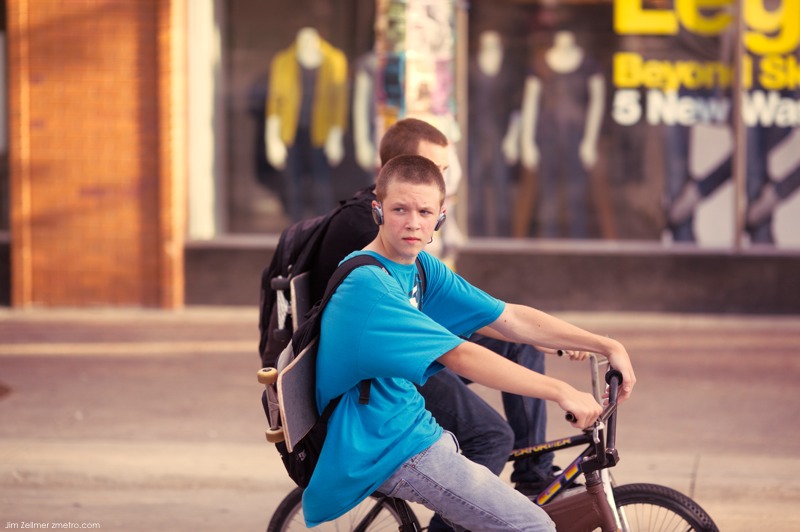 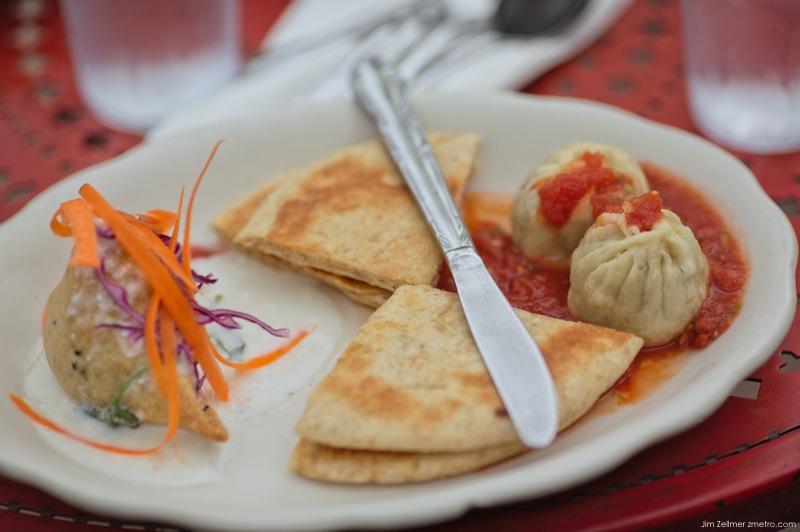 Very good and a great value. Isthmus on Himal Chuli.

A brief clip from Jeff Mayer’s introductory Q & A with Senate Candidate Ron Johnson. from Jim Zellmer on Vimeo.

I hope we have a serious competitor to Herb Kohl…..

I very much appreciate candidates and office holders taking questions from the public in such settings. I asked Ron Johnson a question on three of Senator Feingold’s votes: The 2004 5.25% offshore tax scheme for big business, the Patriot Act and the vote to kill Washington, DC vouchers.
Websites: Russ Feingold, Ron Johnson and Dave Westlake.


Your neuro-oncologist, after scanning your most recent MRI, puts her arms around you, and gives you a solemn hug, which was the case with me this past Wednesday. Not that we didn’t guess that something was up – we haven’t been feeling particularly great lately, and we had some weirdness the previous Thursday, falling twice, inexplicably, in a short period. Friday morning our left leg was numb from the knee down and we had a minor, local motor seizure.
Anyway, the MRI reveals 3 new tumors that weren’t in my brain 12 weeks ago. In my understanding of Glioma, this represents a not-untypical course for the end stage of this almost invariably fatal disease. Prognosis at this point? A few months, at best.

God be with Chris and his family.


This summer is fast turning into a bittersweet swan song for David Obey, the veteran Democratic House member from Wisconsin.
The mercurial chairman of the House Appropriations Committee and stalwart champion of liberal economic and social policy is set to retire after more than 40 momentous years in Congress. But instead of celebrating, Obey is locked in a bruising and highly personal budget battle – not with his Republican adversaries, but with Democratic President Obama and a prominent cabinet member.
In the greater scheme of things, the spending controversy is “small potatoes,” a “lousy little fight” over an asterisk in a multitrillion-dollar annual budget, as Obey describes it. At issue is whether to trim $500 million from Obama’s signature “Race to the Top” education initiative to help avert the threatened layoff of 140, 000 school teachers across the country. Obey believes the proposed trim of about 15 percent of funding for future programs is a small price for the administration to pay to keep teachers on the job now, amid a stubborn recession. But Obama and Education Secretary Arne Duncan are treating it as a potentially devastating assault on their new education program, and have threatened a veto.

Therefore I obviously am not “complaining” in mentioning that I got up before 5:30am today to get an 8:15am flight out of Dulles, only to find an email from the airline saying that the flight had been delayed to 10:45. The inbound flight — from Dubai! — is late, and there are no spare planes to go on to San Francisco. OK — gladder to know now than before leaving the house for the airport, though ideally it would have great to know last night. Nothing to be done. But it was a serendipitous intro to the very next item in the email inbox: a report on how substantially airline capacity continues to be cut. There just are fewer flights anywhere, and more of them are full, than in yesteryear.

Airlines have been very successful at using information technology to slice and dice pricing and demand. Overall, fares are certainly up for most travellers….