East German documents provide a crucial piece of history, supporters of the project say, but putting them back together could take hundreds of years. A computerized system would help, but it’s costly.
Reporting from Berlin and Zirndorf, Germany, – Martina Metzler peers at the piles of paper strips spread across four desks in her office. Seeing two jagged edges that match, her eyes light up and she tapes them together.
“Another join, another small success,” she says with a wry smile — even though at least two-thirds of the sheet is still missing.
Metzler, 45, is a “puzzler,” one of a team of eight government workers that has attempted for the last 14 years to manually restore documents hurriedly shredded by East Germany’s secret police, or Stasi, in the dying days of one of the Soviet bloc’s most repressive regimes.
Two decades after the heady days when crowds danced atop the Berlin Wall, Germany has reunited and many of its people have moved on. But historians say it is important to establish the truth of the Communist era, and the work of the puzzlers has unmasked prominent figures in the former East Germany as Stasi agents. In addition, about 100,000 people annually apply to see their own files.

Wal-Mart was the victim of a serious security breach in 2005 and 2006 in which hackers targeted the development team in charge of the chain’s point-of-sale system and siphoned source code and other sensitive data to a computer in Eastern Europe, Wired.com has learned.


Internal documents reveal for the first time that the nation’s largest retailer was among the earliest targets of a wave of cyberattacks that went after the bank-card processing systems of brick-and-mortar stores around the United States beginning in 2005. The details of the breach, and the company’s challenges in reconstructing what happened, shed new light on the vulnerable state of retail security at the time, despite card-processing security standards that had been in place since 2001.

In response to inquiries from Wired.com, the company acknowledged the hack attack, which it calls an “internal issue.” Because no sensitive customer data was stolen, Wal-Mart had no obligation to disclose the breach publicly.


Wal-Mart had a number of security vulnerabilities at the time of the attack, according to internal security assessments seen by Wired.com, and acknowledged as genuine by Wal-Mart. For example, at least four years’ worth of customer purchasing data, including names, card numbers and expiration dates, were housed on company networks in unencrypted form. Wal-Mart says it was in the process of dramatically improving the security of its transaction data, and in 2006 began encrypting the credit card numbers and other customer information, and making other important security changes.

“Wal-Mart … really made every effort to segregate the data, to make separate networks, to encrypt it fully from start to finish through the transmission, ” says Wal-Mart’s Chief Privacy Officer Zoe Strickland. “And not just in one area but across the different uses of credit card systems.”

Wal-Mart uncovered the breach in November 2006, after a fortuitous server crash led administrators to a password-cracking tool that had been surreptitiously installed on one of its servers. Wal-Mart’s initial probe traced the intrusion to a compromised VPN account, and from there to a computer in Minsk, Belarus.


In normal times, Mr. Blankfein might have been forgiven for bragging a bit about the just-reported quarter — over $3 billion in profit on $12 billion in revenue. It had generated some $6 billion just in one division: fixed income. It had more than $160 billion in cash or cash equivalents on its balance sheet. And of course it had long since repaid, with interest, the $10 billion it had accepted from the Treasury Department during the darkest days of the crisis.


But of course those weren’t the numbers the media and the public had focused on in the wake of Goldman’s earnings. Instead, people were fixated on the $5.3 billion the firm had set aside for its executives’ year-end bonuses. Added to first and second quarter set-asides of $4.6 billion and $6.6 billion, the firm had put aside $16 billion so far this year for employee bonuses. Nearly 50 percent of the firm’s revenue was going toward compensation. And there was still one more quarter to go!

Was it fair, commentators kept asking, that barely a year after the taxpayers had essentially saved the financial system, this firm that took government capital should now be paying multimillion-dollar bonuses? Was it right? Which, not surprisingly, is what Fortune’s managing editor, Andrew Serwer, asked Mr. Blankfein within minutes of taking the stage.

In private, Goldman executives are scornful of the sentiment behind this question. Their view, in essence, is that they should be applauded for being able to pay such big bonuses, because it means their business is successful. People who want them to pay less, they believe, want them to fail.

But Mr. Blankfein, a charming, funny man who has been Goldman’s boss since 2006, is far too smart to say that out loud. Nonetheless, what he did say was revealing. Treasury’s original decision to use the Troubled Asset Relief Program to shore up the banks’ capital, Mr. Blankfein said, “was a sensible thing to do at the time.” 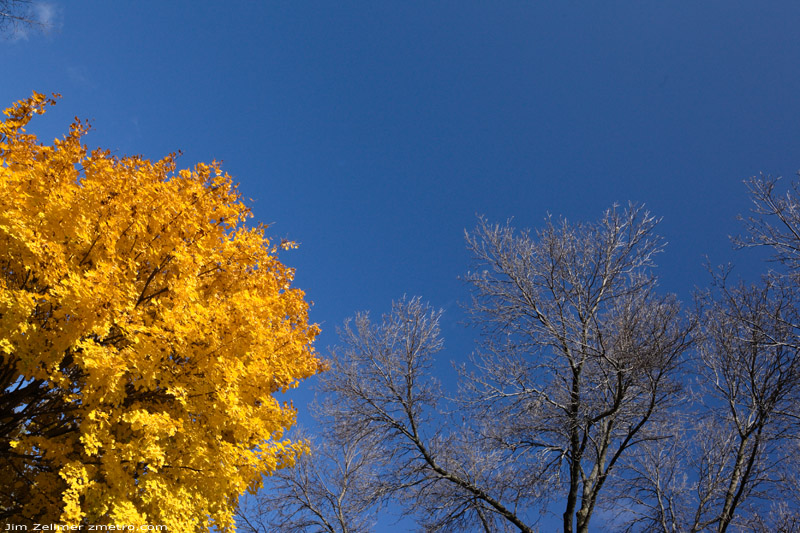 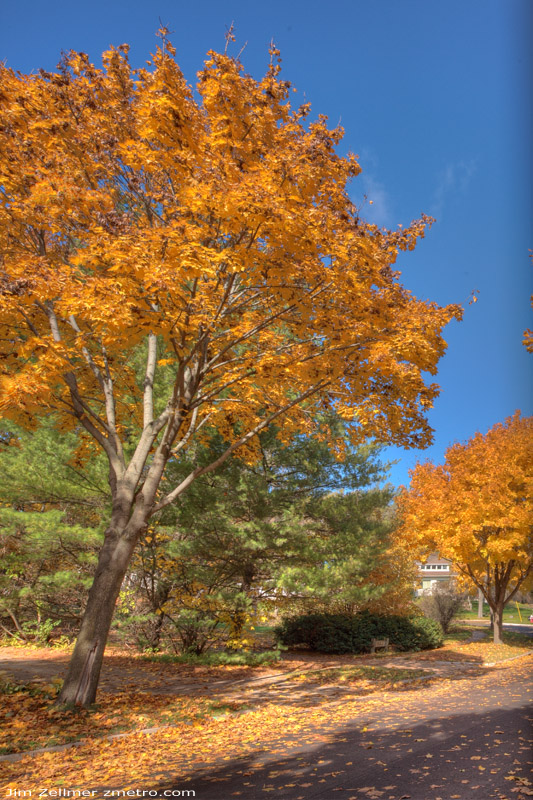 White-knuckle airline passengers who are already shaken by news that two Northwest Airlines pilots are under investigation for overshooting a Minneapolis airport after possibly nodding off won’t want to hear this: Some pilots say cockpit catnaps happen.
“Pilots on occasion do take controlled naps,” said Barry Schiff, an aviation safety consultant and retired TWA pilot. “So this is not without precedent.”
Although the Federal Aviation Administration prohibits pilots from catching a few z’s in the cockpit, several airline pilots say they are surprised that napping mishaps haven’t happened more often, considering longer work schedules for pilots and advances in aviation that make planes easier to fly.
The issue of cockpit siestas came under scrutiny this week after the FAA and the National Transportation Safety Board announced they were looking into why Northwest Flight 188, from San Diego to Minneapolis, overshot its airport by 150 miles before turning around.

Flying from the west coast last year, I sat next to an international pilot flying home. This pilot pounded coffee (POUNDED!) during our four hour flight. He mentioned the long Asia routes and the typical 36 hour turnarounds. I asked how they stay alert on 12 to 16 hour flights? He responded that cockpit etiquette is set by the captain. If he/she starts to read a book, then the others can do so. We never discussed falling asleep, though, based on the coffee intake, it would seem to be a natural outcome of these trips.

The new way of reading books arrived hesitantly. It exploited a novel technology, reflected changing public habits of consumption and radically altered the distribution and economics of the traditional publishing industry.

The paperback represented an intimidating revolution to the 1930s book industry. It took high literature to a far wider audience. But established publishers disdained it, fearing it would cheapen the industry and drive down profits. It might not have been – as its ancestor the pamphlet novel was in the 1840s – assailed as a threat to the “eyesight of a rising generation”, yet the reaction had much else in common with how the emergence of the electronic book is now being regarded.

At the Frankfurt Book Fair this week, the talk has been all about the impact of the e-book, with scores of sessions and seminars devoted to discussing the implications of devices such as Amazon’s Kindle and the Sony Reader. Another hot topic is Google’s digitisation of, so far, 10m books including about 9m still protected by copyright.

It will be business as usual for Goldman Sachs this morning. The bank will annoy a lot of people.


Goldman, the institution that came through last year’s financial crisis best – arguably the only pure investment bank left standing – will say how much money it made in the third quarter (a lot) and how many billions it has stored for bonuses (about $5.5bn towards a likely 2009 bonus pool of $23bn).


For believers in Goldman’s ethical standards and way of doing business, these are difficult times. Although it avoided the mistakes that brought down Bear Stearns and Lehman Brothers, forced Merrill Lynch into Bank of America’s arms, and prodded Morgan Stanley further into lower-risk retail broking, Goldman has become a whipping boy.

There is outrage that, having taken government money to survive the crash, Goldman is in such rude health that it will hand out billions in bonuses. Matt Taibbi, a Rolling Stone writer, caught the mood memorably by describing Goldman as “a giant vampire squid wrapped around the face of humanity”.

Such is Goldman’s importance to Wall Street and regulation that I am devoting a pair of columns to it. Today, I will discuss the Goldman problem (different and less egregious to what Mr Taibbi believes, but still a problem). Next week, I will suggest what should be done about it by regulators and the bank itself.

Goldman executives were wounded by how seriously Mr Taibbi’s piece was taken despite their riposte that vampire squids are small creatures that present no danger to humanity. He accused it of profiting from bubbles such as the US internet and housing booms, and of repeatedly “selling investments they know are crap” to retail investors.

An earthquake that began beneath an obscure mountain in Santa Cruz County called Loma Prieta struck terror into Northern California 20 years ago this week on a beautiful fall afternoon, just as a World Series game was about to begin in San Francisco.


The quake lasted only 15 seconds, but it killed 67 people, smashed downtown Santa Cruz, wrecked San Francisco’s Marina district, broke the Bay Bridge – and changed much of the Bay Area.


Loma Prieta was one of those watershed events; in some ways, the disaster was a blessing in disguise. Out of it came a brand new San Francisco waterfront, the revival of a rundown neighborhood in Hayes Valley, major upgrades of classic buildings in downtown Oakland, and new laws on unreinforced old buildings. One of these years, a new eastern half of the Bay Bridge will open.

More notes and links on Loma Prieta, including my recollection(s) and that of Brian Zimdars.

This, they toss off with the certainty of wine-fuelled genius, also explains the rise in the gold price.


Actually, I do not think that is how the bank risk paradox will play out.

There are going to be much larger write-offs and reserves taken at all the big banks, with the peak in reported bad news probably coming next year. However, the taxpayer will not be asked for more capital, and the Federal Reserve and Treasury will gradually dismantle the temporary support structures, just as they say.

How is this possible? Because the public will pay through usury, not taxation. There is a big difference, of course. Usury is less visible, and you cannot effectively vote against it.


Blood will flow, but it will do so not as a catastrophic bath for the banks, but as a gradual transfusion to them from their customers.


There will be headline risk for the banks’ management and public securities, which is why I think that their CDS protection is too cheap at the moment.

One source of headline risk is the spectre of Federal Government reform of the financial system. God knows there is a good case to be made for de-cartelising the industry, but that is not going to happen.


Bank spreads are at record levels. Their cost of funds is nearly 0, while they lend it out at 4.99% or (much) greater. Plus, the fees.