If women can’t read maps and men always lose their keys, there is at least one aspect about driving that unites the sexes: neither has a clue when it comes to identifying dashboard warning lights.

Nearly all motorists who were asked to identify the huge display of warning lights that can now be found in many of the country’s most popular new vehicles struggled to work out what they meant.

Tyre pressure, engine emission and fog light indicators were the most confusing with 98 per cent of drivers failing to correctly identify all of them.

When shown images of the 16 most common dashboard symbols, 71 per cent of motorists do not recognise a tyre pressure warning light with one in twenty thinking it is something to do with the oil or brakes. And more than a third (35 per cent) of drivers did not recognise an airbag warning symbol with 27 per cent mistaking it for a seatbelt warning, according to the survey by Britannia Rescue.

One of the most extraordinary episodes involving Allied prisoners during World War II was recently remembered in Paris.

They had been defeated in the Battle of France and marched to the furthest reaches of the Reich. In 1940, Oflag 17a must have felt a bleak, unforgiving place for the 5,000 French officers who were now prisoners-of-war.

The Austrian camp, close to the border with Czechoslovakia, was originally built for troops taking part in military exercises.

There were 40 barracks, 20 each side of a central aisle. The land was bound by two lines of barbed wire, the perimeter illuminated by floodlights.

Keeping track of health measurements at home is pretty simple: Step onto a scale in the bathroom, take a glucose measurement on the way out the door, or strap on a blood pressure cuff while watching television.

Boston’s Partners HealthCare last month launched a system that allows patients to upload information from their medical devices, often wirelessly, directly into their electronic records in doctors’ offices. Patients can use glucometers, blood pressure cuffs, bathroom scales, and pulse oximeters (which measure blood oxygen levels) at home, to take regular measurements and send them to their doctors.

Partners is among the first health care systems to integrate such at-home devices into the electronic health record, said Dr. John Halamka, chief information officer at Beth Israel Deaconess Medical Center, who is not involved with the Partners technology. 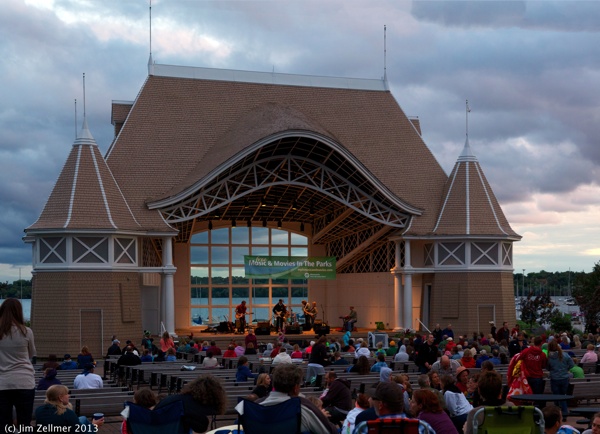 This study examined recent trends in the numbers of light-duty vehicles (cars, pickup trucks, SUVs, and vans) in the U.S. fleet. The analysis considered both the absolute numbers and the rates per person, per licensed driver, and per household. The period examined was from 1984 through 2011. The absolute number of vehicles reached a maximum in 2008. However, it is likely that this was only a temporary maximum and that the decline after 2008 was primarily driven by the current economic downturn that started in 2008. Consequently, with the improving economy and the expected increase in the U.S. population, it is highly likely that (from a long-term perspective) the absolute number of vehicles has not yet peaked. On the other hand, the rates of vehicles per person, licensed driver, and household reached their maxima prior to the onset of the current economic downturn.

Consequently, it is likely that the declines in these rates prior to the current economic downturn (i.e., prior to 2008) reflect other societal changes that influence the need for vehicles (e.g., increases in telecommuting and in the use of public transportation). Therefore, the recent maxima in these rates have better chances of being long-term peaks as well.

Information about Sustainable Worldwide Transportation is available at http://www.umich.edu/~umtriswt

Devi Shetty is obsessed with making heart surgery affordable for millions of Indians. On his office desk are photographs of two of his heroes: Mother Teresa and Mahatma Gandhi.
Shetty is not a public health official motivated by charity. He’s a heart surgeon turned businessman who has started a chain of 21 medical centers around India. By trimming costs with such measures as buying cheaper scrubs and spurning air-conditioning, he has cut the price of artery-clearing coronary bypass surgery to 95,000 rupees ($1,583), half of what it was 20 years ago, and wants to get the price down to $800 within a decade. The same procedure costs $106,385 at Ohio’s Cleveland Clinic, according to data from the U.S. Centers for Medicare & Medicaid Services.
“It shows that costs can be substantially contained,” said Srinath Reddy, president of the Geneva-based World Heart Federation, of Shetty’s approach. “It’s possible to deliver very high quality cardiac care at a relatively low cost.”

Consumer Reports has rated the Tesla sedan the best car that they’ve ever tested (list). Tesla has a market capitalization of about $14 billion (July 22, 2013). According to Wikipedia, Tesla seems to have required about $1 billion in debt and equity funding.

The GM/Chrysler bailout required roughly $85 billion in taxpayer funds (Wikipedia). Instead of preserving these relics we could have instead have had nearly 85 startup automobile manufacturers on the same scale as Tesla. Wouldn’t that have been a lot more interesting and more likely to push forward the automotive state of the art?

Repeat after me: Edward Snowden is not the story. The story is what he has revealed about the hidden wiring of our networked world. This insight seems to have escaped most of the world’s mainstream media, for reasons that escape me but would not have surprised Evelyn Waugh, whose contempt for journalists was one of his few endearing characteristics. The obvious explanations are: incorrigible ignorance; the imperative to personalise stories; or gullibility in swallowing US government spin, which brands Snowden as a spy rather than a whistleblower.

In a way, it doesn’t matter why the media lost the scent. What matters is that they did. So as a public service, let us summarise what Snowden has achieved thus far.
Without him, we would not know how the National Security Agency (NSA) had been able to access the emails, Facebook accounts and videos of citizens across the world; or how it had secretly acquired the phone records of millions of Americans; or how, through a secret court, it has been able to bend nine US internet companies to its demands for access to their users’ data.

But this just keeps the existing structure of inequality in place. The rich sleep better at night, while others get just enough to keep the pot from boiling over. Nearly every time someone feels better by doing good, on the other side of the world (or street), someone else is further locked into a system that will not allow the true flourishing of his or her nature or the opportunity to live a joyful and fulfilled life.

And with more business-minded folks getting into the act, business principles are trumpeted as an important element to add to the philanthropic sector. I now hear people ask, “what’s the R.O.I.?” when it comes to alleviating human suffering, as if return on investment were the only measure of success. Microlending and financial literacy (now I’m going to upset people who are wonderful folks and a few dear friends) — what is this really about? People will certainly learn how to integrate into our system of debt and repayment with interest. People will rise above making $2 a day to enter our world of goods and services so they can buy more. But doesn’t all this just feed the beast?

Crony capitalism is a growing problem. See cozy big government telco, healthcare, bank and energy relationships among many others.

Today’s Financial Times Weekend Magazine is a special graphics edition. My contribution is to share the biggest of the 14 grape-variety pedigrees/family trees included in our award-winning tome Wine Grapes – a complete guide to 1,368 vine varieties including their origins and flavours (did I ever mention that Julia and I had written a book about grapes with grape geneticist José Vouillamoz?).

Should you see the magazine, which includes Nick on menus, you’ll see there are two family trees, one labelled Pinot and one Cabernet Sauvignon, but in fact the latter is a subsection of the former. The Pinot family tree shows so many varieties (156 in all) that it is impossible to show usefully on this site, but you can enjoy it free in all its glory here on our special Wine Grapes site.