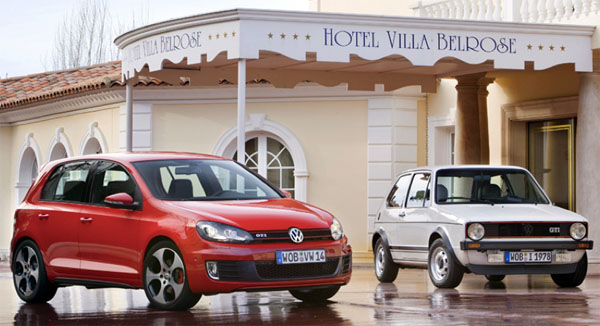 “Isn’t it exciting to go car shopping?” – a friend at the gym offered his thoughts on cars worth consideration during a recent early morning chat.

Thankfully, my need to go car shopping has been infrequent, indeed, over the decades. The slow demise of our second car, a 1996 Taurus wagon, meant that the time was nigh to shop. I created a shortlist, largely around 5 door hatchbacks:

I drove the Impreza, Focus ST, VW TDI and GTI. The Impreza did not feel as solid as our Forester. I sensed – and I could certainly be wrong – that Subaru has begun to de-content their cars (I can certainly be wrong as business is apparently very good). Perhaps it is simply just a different car, though the mechanicals, as in all Subarus, are similar.

The Focus ST was a surprise, perhaps a shock. I found the ST’s power, handling, aesthetics and, at least in the black version, subtlety appealing. But, but, headroom was a challenge for me, heated seats (we buy cars rarely, so we thought it was time for one with warm seats) are only available in the most expensive version (along with the unwanted microsoft computer and a number of other features) and while I enjoy a manual transmission, the lack of a DCT (dual clutch transmission) option sealed the deal against a ST purchase.


My interest and awareness in a more modern transmission was peaked after reading Georg Kacher’s review of the mk7 GTI (available in Europe now, US next year). Kacher closed his review with “Which spec to buy? Take the more practical four-door, spend extra on the Performance Pack and on 18in rubber, and try DSG before signing the dotted line.”

I drove a DSG equipped GTI. The paddle shifters, manual, sport and automatic modes sold me.

Shift up or down quickly via the paddles. Select sport (“S”) and fly or (“D”) and cruise. The DSG’s paddles are a blast.

The GTI, despite being shorter than the Focus ST or Impreza, offers great headroom, heated seats on the lesser models and most importantly, lively performance.

I purchased mine, a “Wolfsburg” edition, from Frank Boucher Volkswagen in Janesville. Pami, Scott and Tom were delightful to deal with. A simple, fast and hassle free purchase. And, no, the “business manager” did not mention “if people want to drive around without an extended warranty, it is not my concern“.

What a blessing to be in a position to buy a car!

WHEN a power cut interrupted this year’s Super Bowl, advertisers lit up. “Sending some LEDs to the @MBUSA Superdome right now,” tweeted Audi, swiftly plugging its own LED-accented car while taking a dig at its rival Mercedes, sponsor of the New Orleans Superdome. Tide, a detergent, came up with: “We can’t get your #blackout, but we can get your stains out.” But by general consent Oreo won the tweet-off with “Power out? No problem. You can still dunk in the dark.” The biscuit baker’s reward: 16,000 retweets and 20,000 Facebook likes.

Super Bowl TV commercials are the Broadway spectaculars of the marketing world, broadcast to millions. The blackout banter is more like improv, created on the fly for a select audience. Marketers these days must master both. It is not easy. Lightning reflexes have never been part of a marketer’s toolkit. Chief marketing officers (CMOs) “used to deliver big iconic brand ideas on a seasonal basis,” says Luke Taylor of DigitasLBi, a digital advertising agency. Some “are outside of their comfort zones”.

Shopping for a small car recently, I had the surprising pleasure to drive Ford’s new “hot hatch”, the 2013 Focus ST. Astonishing, swift, fun, explosive, svelte and a tremendous value – my thoughts while driving the 6-speed manual ST. Ford has certainly come a long way from generic, boring cars.

Ford is to be commended for creating, shipping and supporting the Focus ST. I would have owned one but for the tight interior and lack of a DCT transmission option. Heated seats at an affordable price would be a plus in the base model as well.

Next, why I chose a GTI.

SOUTH PORTLAND, Maine — Dr. Michael Ciampi took a step this spring that many of his fellow physicians would describe as radical.

The family physician stopped accepting all forms of health insurance. In early 2013, Ciampi sent a letter to his patients informing them that he would no longer accept any kind of health coverage, both private and government-sponsored. Given that he was now asking patients to pay for his services out of pocket, he posted his prices on the practice’s website.

“It’s been almost unanimous that patients have expressed understanding at why I’m doing what I’m doing, although I’ve had many people leave the practice because they want to be covered by insurance, which is understandable,” Ciampi said.

Before the switch, Ciampi had about 2,000 patients. He lost several hundred, he said. Some patients with health coverage, faced with having to seek reimbursement themselves rather than through his office, bristled at the paperwork burden.

The startup scene today, and by ‘scene’ I’m sweeping a fairly catholic brush over a large swath of people – observers, critics, investors, entrepreneurs, ‘want’repreneurs, academics, techies, and the like – seems to be riven into two camps.

On one side stand those who believe that entrepreneurs have stopped chasing and solving Big Problems – capital B, capital P: clean energy, poverty, famine, climate change, you name it. I needn’t replay their song here; they’ve argued their cases far more eloquently elsewhere. In short, they contend that too many brains and dollars have been shoveled into resolving what I call ‘anti-problems’ – interests usually centered about food or fashion or ‘social’or gaming. Something an anti-problem company might develop is an app that provides restaurant recommendations based on your blood type, a picture of your childhood pet, the music preferences of your 3 best friends, and the barometric pressure of the nearest city beginning with the letter Q. (That such an app does not yet exist is reminder still of how impoverished a state American scientific education has descended. Weep not! We redouble our calls for more STEM funding.)

On the other side stand those who believe that entrepreneurs have stopped chasing and solving Big Problems – capital B, capital P – that there are too many folks resolving anti-problems… BUT just to be on the safe side, the venture capitalists should keep pumping tons of money into those anti-problem entrepreneurs because you never know when some corporate leviathan – Google, Facebook, Yahoo! – will come along and buy what yesterday looked like a nonsense app and today is still a nonsense app, but a nonsense app that can walk a bit taller, held aloft by the insanities of American exceptionalism. For not only is our sucker birthrate still high in this country (one every minute, baby!), but our suckers are capitalists bearing fat checks.

Solukhumbu, Nepal – Twenty-year-old Parshuram Thalung finished school in the fifth grade. As the eldest of the seven siblings, he became a porter to support his family, thereby joining a legion of men and women in Nepal who literally bear the burden of every bid to scale the world’s highest peak Mount Everest.

Carrying heavy loads up high altitudes – from tents to gas cylinders – the porters are the unsung foot soldiers behind every expedition. But sixty years after the peak was first scaled, they still rarely occupy the spotlight and their back-breaking hard work is barely recognised.

Porters are commonly exploited and discriminated against. The business is unregulated. The trade unions have eroded, and brokers now decide who gets to carry what and for how much.

Hiking the challenging terrain with the best mountain gear and a small backpack is exhausting – but porters often make the journey without heavy clothing and sturdy footwear, while carrying loads of 50-70 kilograms on average.

Some porters even carry large wooden planks that can weigh up to 150 kilograms.

The house my parents owned when I was born recently sold for $4000 [1]. I’m not omitting a zero or two. That’s about the price of a used 2001 Honda Civic with 150,000 miles — maybe the Honda is worth a bit more. My parents sold the house for $12,000 (three zeros) in the ’70s. Times have been tough for as long as I can remember my hometown of Jamestown (about 60 miles from Buffalo), NY, but I still found this surprising. This is especially astonishing if your are faced with increasing rent and real estate prices in metropolitan areas like NYC, Seattle, and San Francisco.

The University of Southern California’s Institute for Creative Technologies is leading the way in creating virtual humans. The result may produce real help for those in need.

The virtual therapist sits in a big armchair, shuffling slightly and blinking naturally, apparently waiting for me to get comfortable in front of the screen.

She laughs when I say I find her a little bit creepy, and then goes straight into questions about where I’m from and where I studied.

The 2013 annual MOLLY Prize will be awarded for an article or series of up to four short, related articles or columns telling the stories that need telling, challenging conventional wisdom, focusing on civil liberties and/or social justice, and embodying the intelligence, deep thinking and/or passionate wit that marked Molly’s work.

The MOLLY Prize and two Honorable Mentions will be presented at an awards dinner on Thursday, June 6, 2013, at the Four Seasons Hotel in Austin, Texas, keynoted by a special guest in the tradition of past keynoters (Dan Rather, Ellen Goodman, Seymour Hersh, Gail Collins, and Paul Krugman).

John Quiñones, the seven-time Emmy Award-winning ABC News broadcaster, will be keynote speaker. Pulitzer Prize-winning syndicated columnist Connie Schultz will be the emcee/presenter. Lyndon and Kay Olson are Honorary Chairs of the event, at which the Bernard Rapoport Philanthropy Award will be presented to Susan Longley of Austin, president of The Longley Group and of The Texas Democracy Foundation.

The program highlight will be the presentation of the 2013 MOLLY Prize and two honorable mention awards. A Board of Advisors composed of prominent journalists reviewed all entries and selected the competition finalists.

JERUSALEM — Last month, on a freeway from Jerusalem to the Dead Sea, I sat in the driver’s seat of an Audi A7 while software connected to a video camera on the windshield drove the car at speeds up to 65 miles an hour — making a singular statement about the rapid progress in the development of self-driving cars.

While the widely publicized Google car and other autonomous vehicles are festooned with cameras, radar and the laser range finders called lidars, this one is distinctive because of the simplicity and the relatively low cost of its system — just a few hundred dollars’ worth of materials. “The idea is to get the best out of camera-only autonomous driving,” said Gaby Hayon, senior vice president for research and development at Mobileye Vision Technologies, the Israeli company that created the system in the Audi.