Eighty years ago, the greatest generation planted victory gardens, collected tin, rubber and steel, had food ration books and endured black outs, all to support the war effort. Their sacrifices were significantly more weighty than the inconvenience the present order requires. I want to thank a fellow county judge for reminding me of this. Today, a small minority is screaming that this is some kind of communist plot to overthrow the nation. When did it happen that we all became so focused on our rights and not our obligations to our fellow man and woman? Jesus said “Greater love has no man than this, that he lay down his life for his friends”. I’m not directing anyone to lay down their life. Galatians 6:2 says “Carry each other’s burdens and in this way you will fulfill the Law of Christ”. I love you, because that is what Christ teaches us to do.

I wear a mask not because I am afraid but because it is one way of showing that I care about my neighbors. There is a lot we don’t know about COVID-19 but all the evidence suggests that wearing a mask helps to prevent the spread of the virus. If wearing a mask prevents one person from dying, then isn’t it worth the minor inconvenience? If wearing a mask helps us get our country and economy back to normal, then isn’t it our patriotic duty to do so?” I received this in an email from an Orange County resident. It is a note he keeps in his pocket which he gives to people who make snide remarks about his wearing a mask in stores. 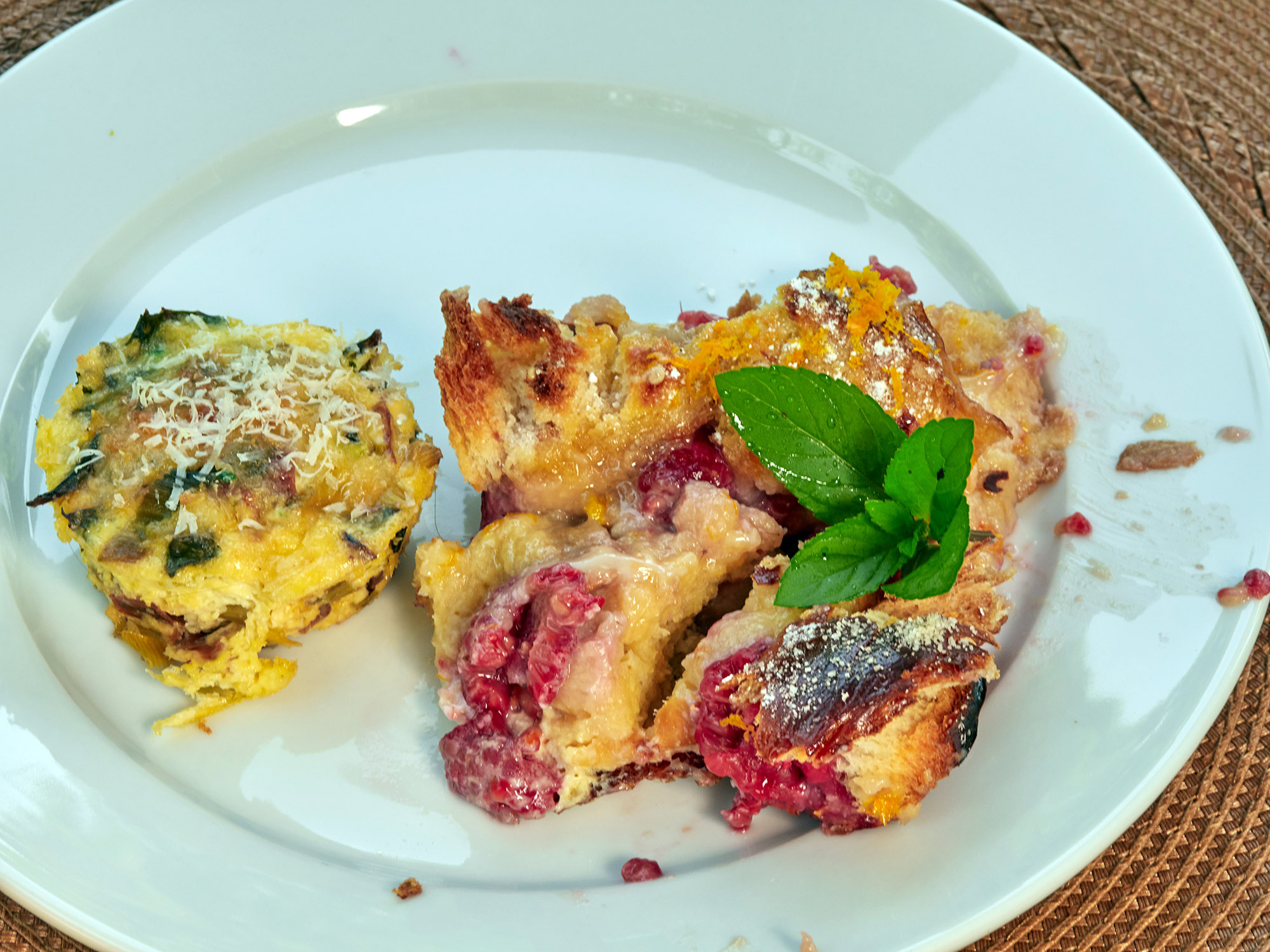 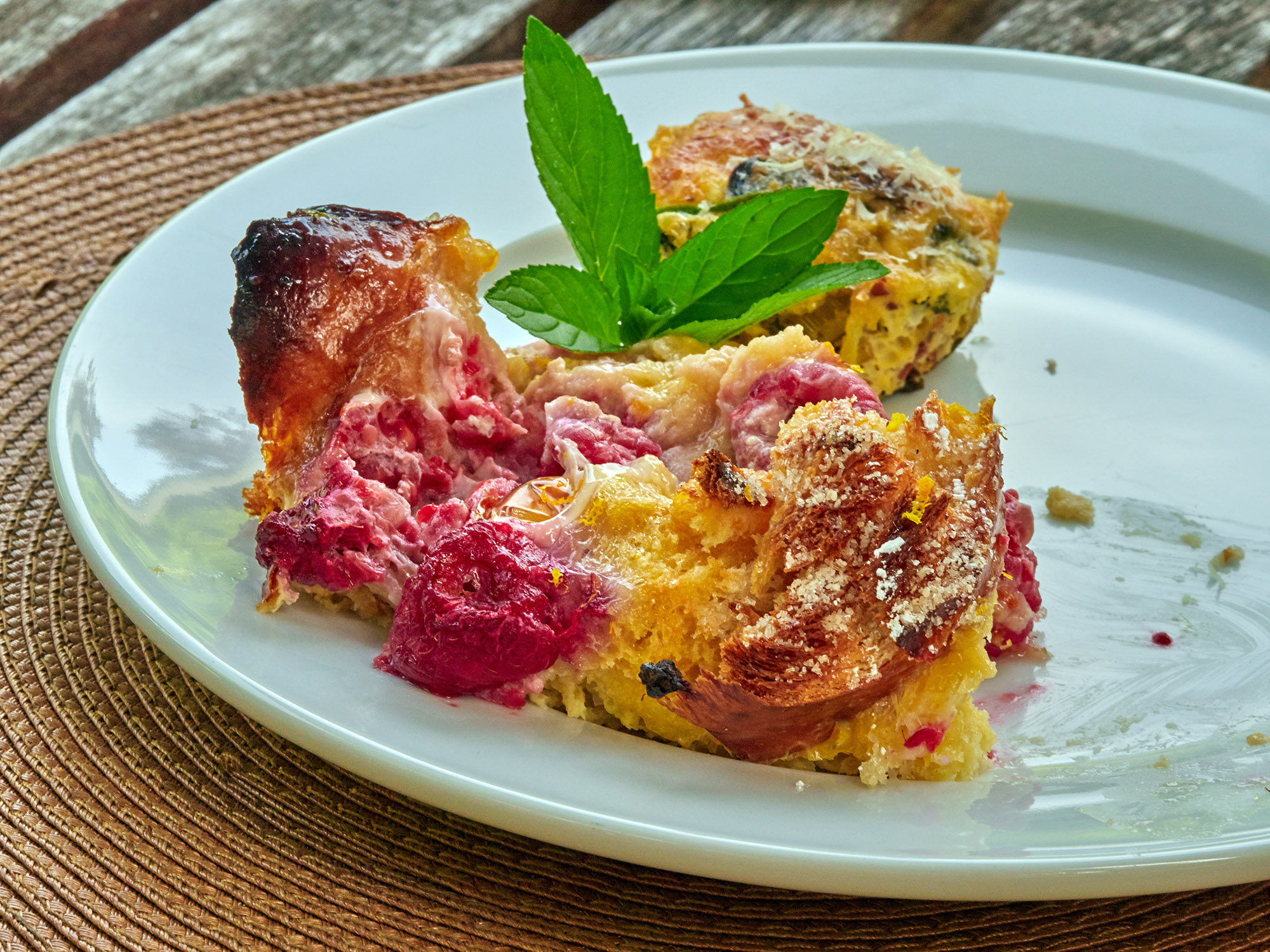 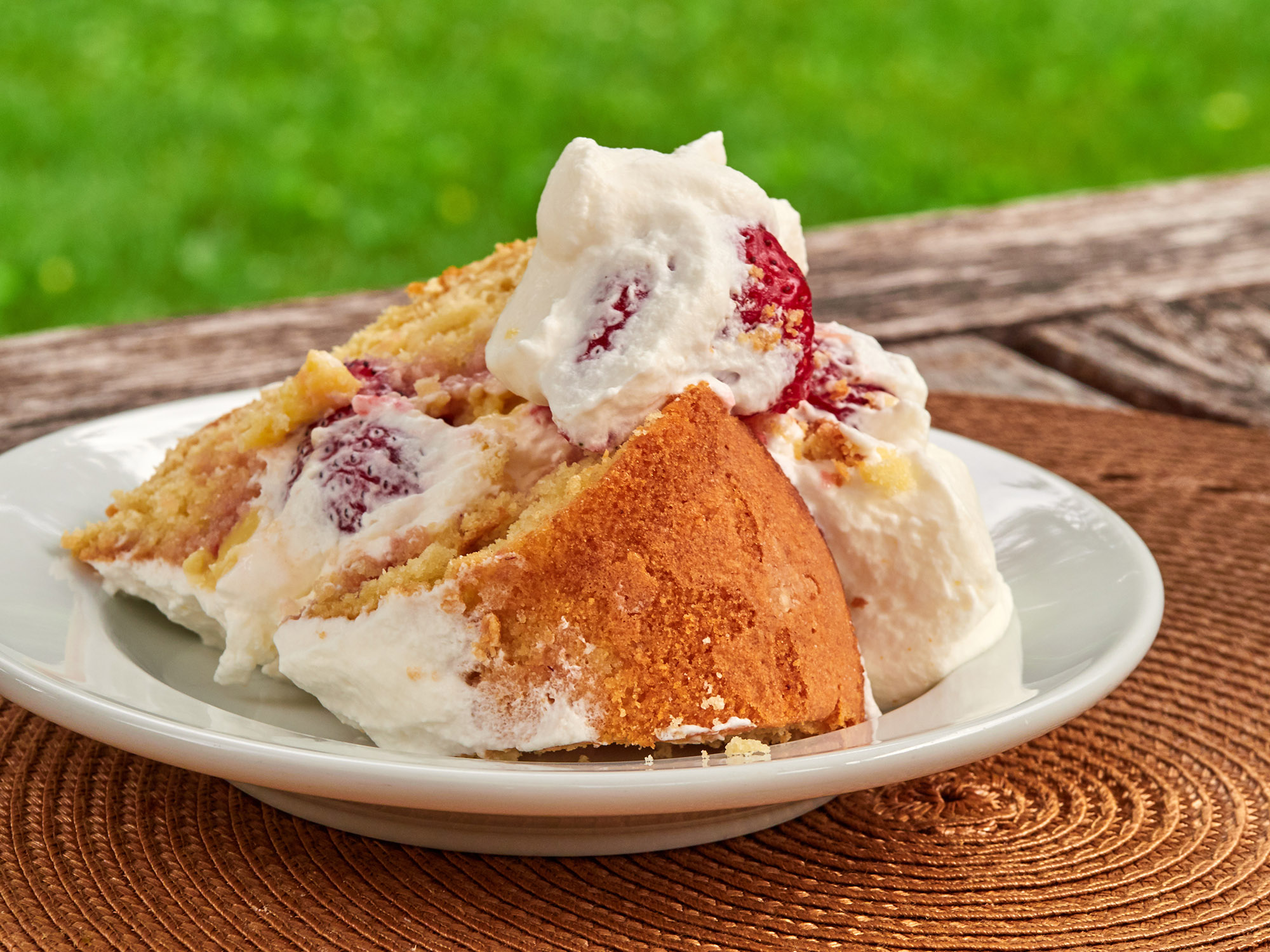 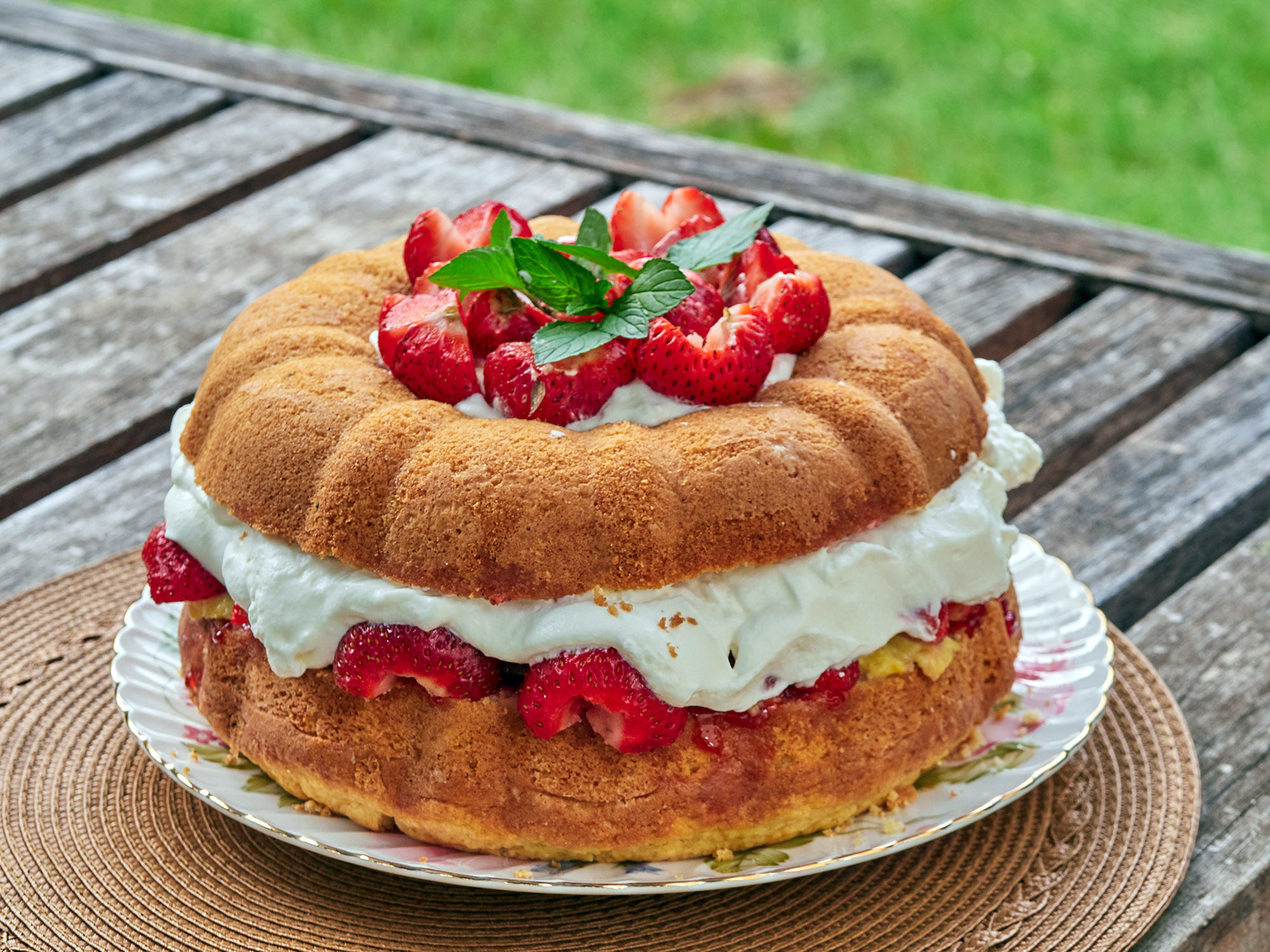 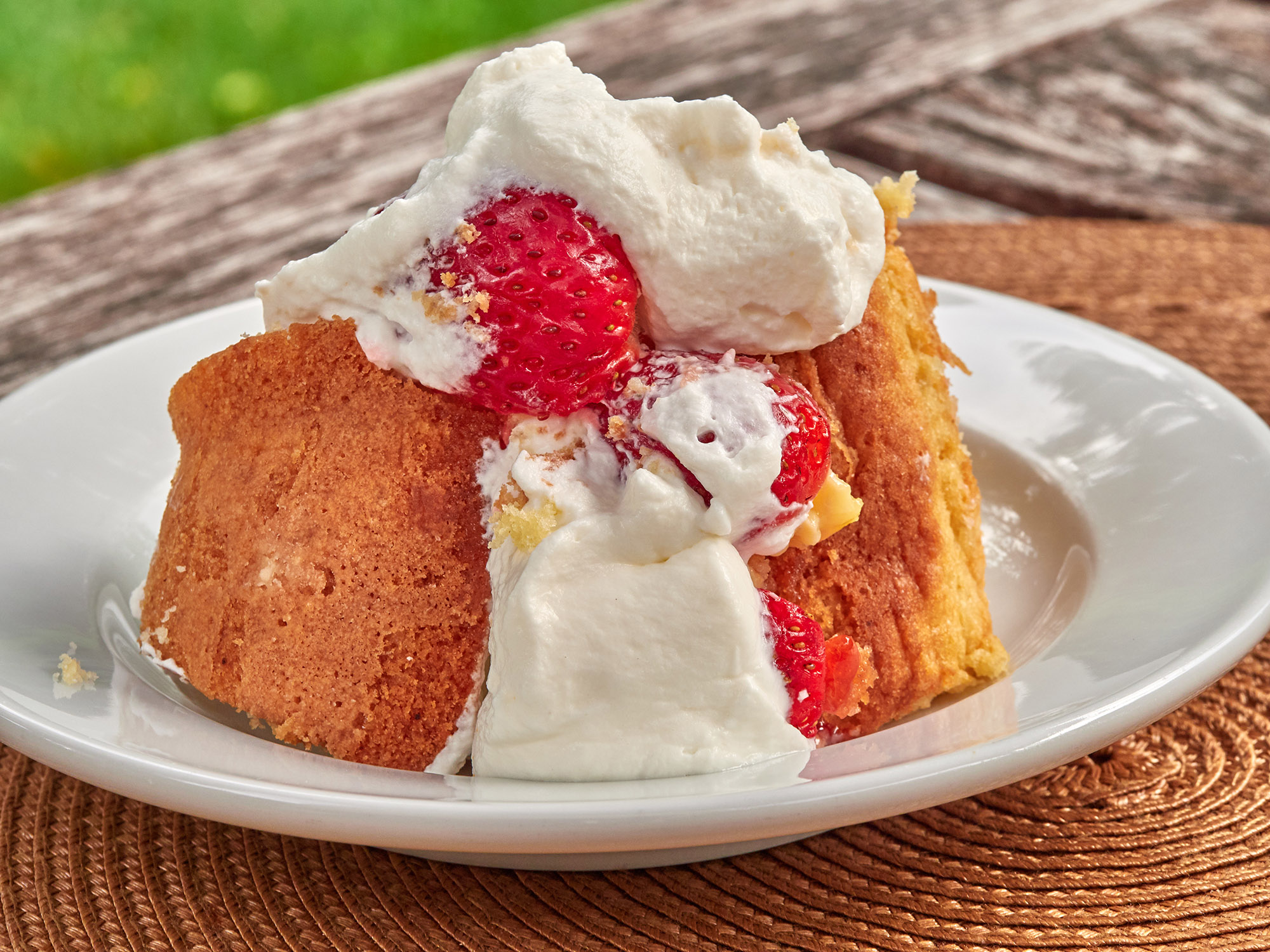 The Lord is my shepherd, I lack nothing.

2 He makes me lie down in green pastures,
he leads me beside quiet waters,

3 he refreshes my soul.
He guides me along the right paths
for his name’s sake.

4 Even though I walk
through the darkest valley,[a]
I will fear no evil,
for you are with me;
your rod and your staff,
they comfort me.

Many people who contract COVID-19 have only a mild illness, or sometimes no symptoms at all. But others develop respiratory failure that requires oxygen support or even a ventilator to help them recover [1]. It’s clear that this happens more often in men than in women, as well as in people who are older or who have chronic health conditions. But why does respiratory failure also sometimes occur in people who are young and seemingly healthy?

A new study suggests that part of the answer to this question may be found in the genes that each one of us carries [2]. While more research is needed to pinpoint the precise underlying genes and mechanisms responsible, a recent genome-wide association (GWAS) study, published on a preprint server, finds that gene variants in two regions of the human genome are associated with severe COVID-19 and correspondingly carry a greater risk of COVID-19-related death.

The two stretches of DNA implicated as harboring risks for severe COVID-19 are known to carry some intriguing genes, including one that determines blood type and others that play various roles in the immune system. In fact, the findings suggest that people with blood type A face a 50 percent greater risk of needing oxygen support or a ventilator should they become infected with the novel coronavirus. In contrast, people with blood type O appear to have about a 50 percent reduced risk of severe COVID-19.

These new findings—the first to identify statistically significant susceptibility genes for the severity of COVID-19—come from a large research effort led by Andre Franke, a scientist at Christian-Albrecht-University, Kiel, Germany, along with Tom Karlsen, Oslo University Hospital Rikshospitalet, Norway. Their study included 1,980 people undergoing treatment for severe COVID-19 and respiratory failure at seven medical centers in Italy and Spain.

In search of gene variants that might play a role in the severe illness, the team analyzed patient genome data for more than 8.5 million so-called single-nucleotide polymorphisms, or SNPs. The vast majority of these single “letter” nucleotide substitutions found all across the genome are of no health significance, but they can help to pinpoint the locations of gene variants that turn up more often in association with particular traits or conditions—in this case, COVID-19-related respiratory failure. To find them, the researchers compared SNPs in people with severe COVID-19 to those in more than 1,200 healthy blood donors from the same population groups.

When COVID-19 burst on to the scene, tests quickly showed that the everyone was susceptible – no pre-existing antibodies were found that bound to the SARS-CoV-2 virus. This led to dire predictions that over 80% of the population might eventually fall ill.

Now more than six months in, this has not happened, and it does not appear to be close to happening. A few months ago, noted virologist Christian Drosten mused in his (German) podcast that some people might have a level of immunity after all, but he wasn’t yet sure. Turns out he may have been right.

In this post, I hope to cast some light on:

A new measurement study released by Prof. Doug Leith and Dr Stephen Farrell, researchers at the CONNECT Centre in the School of Computer Science and Statistics at Trinity College Dublin, confirms that it is likely to be challenging to use Bluetooth to reliably detect when people using contact tracing apps are within 2m of one another.

The researchers took measurements in several locations in Dublin, in a supermarket, on board a train carriage, sitting around a meeting table, and walking outdoors on a city street and found problems with accurately measuring social distancing using Bluetooth wireless.

Surveillance is widespread at protests. Both local and federal authorities have broad authority to undertake both covert and overt intelligence-gathering and surveillance of demonstrations.

Law enforcement uses location data for other kinds of investigations as well. Cops need to get a warrant to track a specific individual’s mobile phone. Doing it the other way around, though—picking a location, and then looking at who was there—has fewer restrictions.

Late last year, for example, federal investigators trying to solve an arson case in Wisconsin gathered location-history data from 1,500 devices that passed through the area over a nine-hour window. A similar reverse location warrant used in Florida led police mistakenly to identify a man who happened to be riding his bike near the scene of a burglary as the top suspect.

Other private entities also use geofencing tools to zero in on individuals. Ambulance-chaser law firms, for example, have advertised to people who have visited hospital emergency rooms.

While phone owners may understand that their devices collect location data for certain uses, consumers often have no idea how broadly sold and traded that information then is. That’s according to Keith Chen, a behavioral economics professor at University of California, Los Angeles, who spoke to the WSJ. “To the degree that this becomes very common, I do worry that it starts to put a chill on people’s willingness to peaceably assemble,” Chen told the Journal.

The pagan world was the world of many gods, each associated with a people who made payments and sacrifices to their gods. Rousseau wrote in The Social Contract that when pagan nations battled other pagan nations, soldiers did not battle soldiers; rather, gods battled gods. Hence, the cathartic rage of pagan wars.

Christianity toppled the pagan world. The cathartic rage of war, Christians argued, in which one nation purged another, could not solve the problem of man’s stain, which was original, a term we no longer really understand. Original sin means that sin is always already there, prior to a person being born into membership of this nation or that nation. What this means is that blood rage cannot expiate stain; the sins of my people can no longer be purged by cathartic rage toward your people, and vice versa. That is why Rousseau concluded that Christianity had ruined politics, and had produced a civilization of pacifists, whose rage toward other nations could not be enkindled for the purpose of war. If you doubt this, ponder the fact that Christianity developed a “doctrine of just war,” according to which cathartic rage could not be reason enough to go to war.

Against the backdrop of pagan history, Christianity is revolutionary, not evolutionary. The evolution of paganism, had it occurred, would have brought about novel forms of cathartic rage toward other peoples. Christianity declared that no matter what evolutionary “advance” paganism might bring, it could never adequately address the problem of man’s stain. Christianity was revolutionary because it declared that we must look elsewhere than toward others, with cathartic rage, to expiate our stains. That “elsewhere” is divine, not mortal. Only through Christ, the divine scapegoat, who “takes upon himself the sins of the world” (John 1:29), can man be cleansed.

2 Consider it pure joy, my brothers and sisters,[a] whenever you face trials of many kinds, 3 because you know that the testing of your faith produces perseverance. 4 Let perseverance finish its work so that you may be mature and complete, not lacking anything. 5 If any of you lacks wisdom, you should ask God, who gives generously to all without finding fault, and it will be given to you. 6 But when you ask, you must believe and not doubt, because the one who doubts is like a wave of the sea, blown and tossed by the wind.

I can think of no one who has endured so many personal trials, yet always – always lead with smiles, hugs and love for everyone.

What an example: love God and love your neighbor.

Salvation is found in no one else, for there is no other name under heaven given to mankind by which we must be saved” (Acts 4:12).

15 May 2020 Response from Governor Evers’ Office of Legal Counsel: 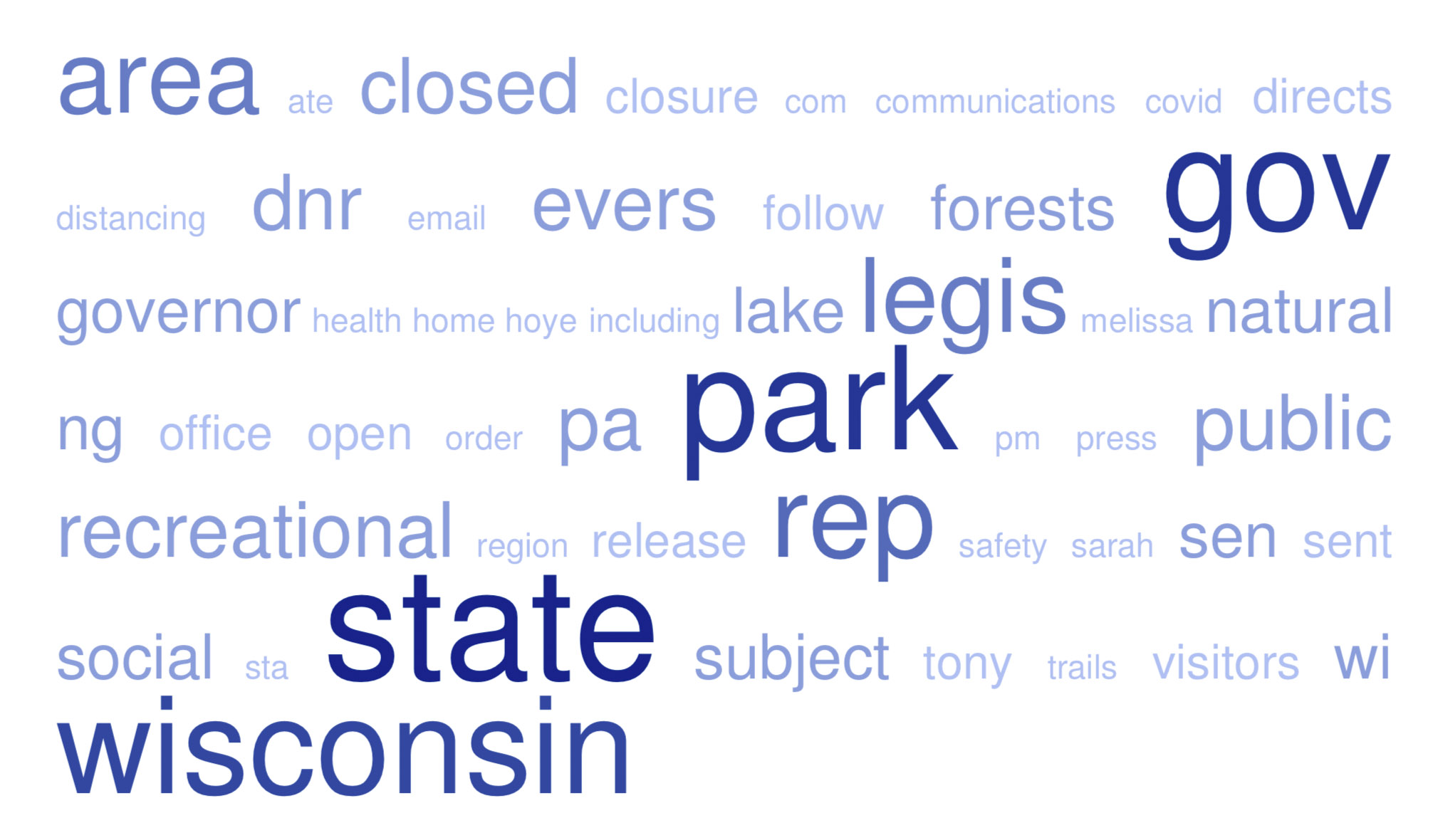 Via Electronic Mail Only

You will see that the records include some redactions. Under the common law balancing test, we made efforts to redact cell and office phone numbers of state employees. Making this information available would cause unnecessary and unwarranted interruptions to employees both at work and at home, affecting their ability to work efficiently. There is minimal harm to the public interest given that these same employees are available through publicly available means, such as publicly listed numbers.
We also redacted the phone numbers of members of the public that contacted the Governor’s office. Making this information available could subject the individuals to harassing contact and would constitute an invasion of their privacy. The public’s interest in individual privacy outweighs any minimal harm, especially given that no other identifying information has been withheld. The strong public interest in knowing who is emailing elected officials is not affected by withholding those individuals’ phone numbers.

Germany’s federal government and mainstream media are engaged in damage control after a report that challenges the established Corona narrative leaked from the interior ministry.

Some of the report key passages are:

So far, so bad. But it gets worse.

The report focuses on the “manifold and heavy consequences of the Corona measures” and warns that these are “grave”.

More people are dying because of state-imposed Corona-measures than they are being killed by the virus.

The reason is a scandal in the making: