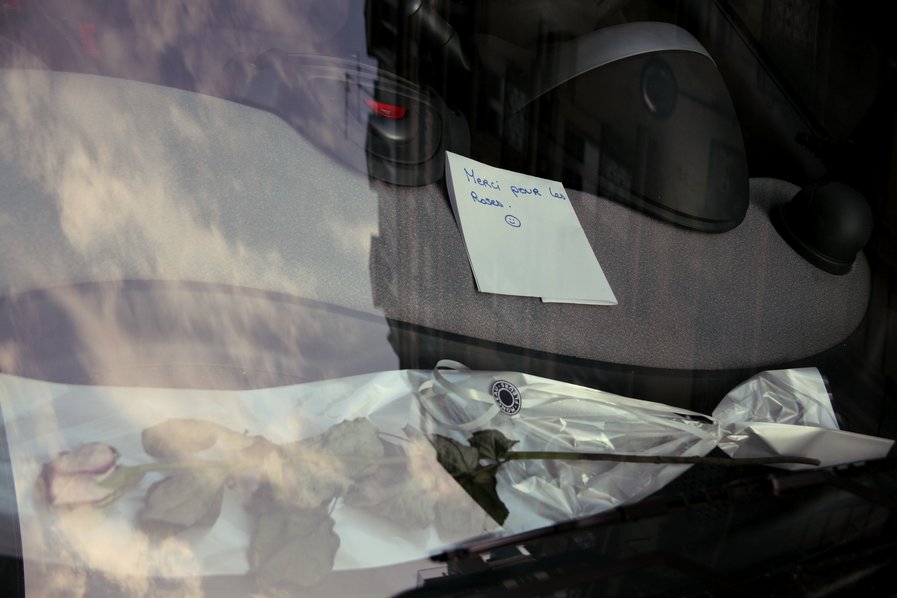 One of my favorite recent photos, taken in the 5th – Paris.

Chairman Rangel Announces Hearing on Fair and Equitable Tax Policy for America’s Working Families
House Ways and Means Committee Chairman Charles B. Rangel (D-NY) today announced the Committee on Ways and Means will hold a hearing on fairness and equity in the tax code. The hearing will focus on a number of tax fairness issues, including the tax treatment of investment fund managers and the impact of the alternative minimum tax on working families. It will also examine the reasons why investment funds are being organized offshore. The hearing will take place on Thursday, September 6, 2007, in 1100 Longworth House Office Building, beginning at 10:00 a.m.
In view of the limited time available to hear witnesses, oral testimony at this hearing will be from invited witnesses only. However, any individual or organization not scheduled for an oral appearance may submit a written statement for consideration by the Committee and for inclusion in the printed record of the hearing. A list of invited witnesses will follow.

RARELY if ever has a company risen so fast in so many ways as Google, the world’s most popular search engine. This is true by just about any measure: the growth in its market value and revenues; the number of people clicking in search of news, the nearest pizza parlour or a satellite image of their neighbour’s garden; the volume of its advertisers; or the number of its lawyers and lobbyists.
Such an ascent is enough to evoke concerns—both paranoid and justified. The list of constituencies that hate or fear Google grows by the week. Television networks, book publishers and newspaper owners feel that Google has grown by using their content without paying for it. Telecoms firms such as America’s AT&T and Verizon are miffed that Google prospers, in their eyes, by free-riding on the bandwidth that they provide; and it is about to bid against them in a forthcoming auction for radio spectrum. Many small firms hate Google because they relied on exploiting its search formulas to win prime positions in its rankings, but dropped to the internet’s equivalent of Hades after Google tweaked these algorithms.
And now come the politicians. Libertarians dislike Google’s deal with China’s censors. Conservatives moan about its uncensored videos. But the big new fear is to do with the privacy of its users. Google’s business model (see article) assumes that people will entrust it with ever more information about their lives, to be stored in the company’s “cloud” of remote computers. These data begin with the logs of a user’s searches (in effect, a record of his interests) and his responses to advertisements. Often they extend to the user’s e-mail, calendar, contacts, documents, spreadsheets, photos and videos. They could soon include even the user’s medical records and precise location (determined from his mobile phone).

Continental Airlines (NYSE: CAL) today announced that it has implemented new functionality at continental.com that allows customers to change flights online as part of the company’s ongoing effort to improve the customer experience.
Customers whose flights may be impacted by disruptions, such as severe weather, now have the option of going to continental.com to change their flights in addition to contacting a Continental reservations agent or their travel agent. The new system allows Continental to make real-time updates to re-accommodation policies and recognizes when it is appropriate to waive change fees or additional fare collections.
“Customers want to be in control of their travel experience,” said Martin Hand, vice president reservations and sales resources. “This is another step toward empowering our customers with the latest technology to make changes effortlessly when the need arises.”

Today would have been the 99th birthday of Henri Cartier-Bresson, a co-founder of the Magnum Photos cooperative agency and one of the foremost photographers of our time. Magnum and Slate present some of his most memorable work, alongside portraits of the master photographer himself. Click here to read his biography on the Magnum site.

THE subprime mortgage crisis of 2007 is, in fact, a credit crisis — a worldwide disruption in lending and borrowing. It is only the latest in a long succession of such disturbances. Who’s to blame? The human race, first and foremost. Well-intended public policy, second. And Wall Street, third — if only for taking what generations of policy makers have so unwisely handed it.
Possibly, one lender and one borrower could do business together without harm to themselves or to the economy around them. But masses of lenders and borrowers invariably seem to come to grief, as they have today — not only in mortgages but also in a variety of other debt instruments. First, they overdo it until the signs of excess become too obvious to ignore. Then, with contrite and fearful hearts, they proceed to underdo it. Such is the “credit cycle,” the eternal migration of lenders and borrowers between the extreme points of accommodation and stringency.
Significantly, such cycles have occurred in every institutional, monetary and regulatory setting. No need for a central bank, or for newfangled mortgage securities, or for the proliferation of hedge funds to foment a panic — there have been plenty of dislocations without any of the modern-day improvements.
Late in the 1880s, long before the institution of the Federal Reserve, Eastern savers and Western borrowers teamed up to inflate the value of cropland in the Great Plains. Gimmicky mortgages — pay interest and only interest for the first two years! — and loose talk of a new era in rainfall beguiled the borrowers. High yields on Western mortgages enticed the lenders. But the climate of Kansas and Nebraska reverted to parched, and the drought-stricken debtors trudged back East or to the West Coast in wagons emblazoned, “In God we trusted, in Kansas we busted.” To the creditors went the farms.

As we pass the half way point in 2007, the underlying forces that are driving the South Central Wisconsin real estate market are starting to define themselves, and as they do so, the future course of things is coming into
focus. After a year of confusing and often contradictory signals, the market seems to be settling into a somewhat predictable groove. The bad news, if you choose to view it that way, is that it’s looking more and more apparent that we won’t be returning any time soon to the go-go market of a couple years ago. On the other hand, demand is remaining relatively constant, and that should set the stage for a return to equilibrium.
In Dane County, single family sales were down 4% in the second quarter, and only 2% year to date, but they’re off 13% year to date from their 2005 high. Sauk and Columbia Counties are off slightly more on a percentage basis, but because they are smaller markets, they don’t change the overall percentages much. If we add in condos, sales for the first half of the year are down about 5.5% in this three county area compared to last year, and down about 11.6% from the 2005 record. So, as predicted, sales have stabilized in the first half of 2007, and we’re expecting the rest of the year to follow a normal seasonal pattern. Prices remain firm in all markets.
The second half of 2006 was much slower than the first, so it will be interesting to see how the second half of 2007 compares. Based on current offer activity, we’re backing off our earlier prediction that the second half of 2007 will be up 5 to 10 percent over 2006. But we don’t expect much falloff either. In other words, we seem to have found a new level of activity, about 10-12% below the record, and unsustainable, pace of a couple years ago.

Many of today’s new cars offer in-dash GPS as an option, and some offer it as standard equipment. The earliest models were CD-based, lacked detail and had a robotic voice. Nowadays, any in-dash system worth its salt is DVD-based, so maps for the entire country have more detail and Malaysian maps will usually fit onto a single disc. In-dash systems are usually more expensive than their portable counterparts, but they usually feature larger screens and integrate better with other vehicle electronics. And even when the signal is lost, the car’s sensors will keep tracking the car on the map until the signal lock is regained. 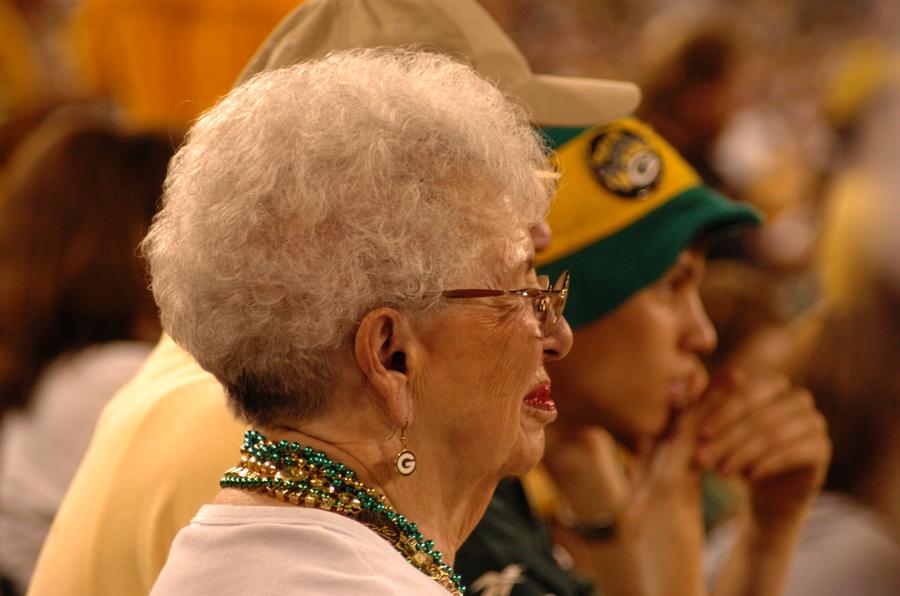 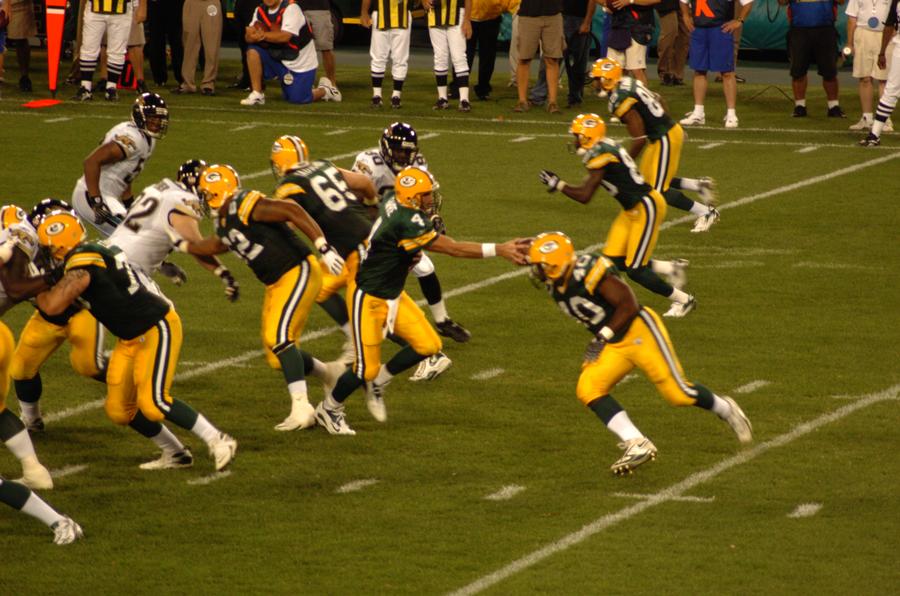 A few observations after my first Packer game in 24 years: