From Publishers Weekly
From “Soccer Moms,” the legendary swing voters of the mid-1990s, to “Late-Breaking Gays” such as former Gov. Games McGreevey (out at age 47), Burson-Marsteller CEO (and campaign adviser to Sen. Hillary Clinton) Penn delves into the ever-splintering societal subsets with which Americans are increasingly identifying, and what they mean. For instance, because of “Extreme Commuters,” people who travel more than 90 minutes each way to work, carmakers must come up with ever more luxury seat features, and “fast food restaurants are coming out with whole meals that fit in cup holders.” In a chapter titled “Archery Moms?”, Penn reports on the “Niching of Sports”: much to the consternation of Major League Baseball, “we don’t like sports less, we just like little sports more.” The net result of all this “niching” is “greater individual satisfaction”; as Penn notes, “not one of the fastest-growing sports in America… depends substantially on teamwork.” Penn draws similar lessons in areas of business, culture, technology, diet, politics and education (among other areas), reporting on 70 groups (“Impressionable Elites,” “Caffeine Crazies,” “Neglected Dads,” “Unisexuals,” “America’s Home-Schooled”) while remaining energetic and entertaining throughout. Culture buffs, retailers and especially businesspeople for whom “small is the new big” will value this exercise in nano-sociology.

Alan Bean, Apollo 12 lunar module pilot, Skylab mission II commander, Apollo-Soyuz Test Project backup commander, backup astronaut for the Gemini 10 and Apollo 9 missions and eventually head of the astronaut candidate operations and training group within NASA’s astronaut office, spoke exclusively to Flightglobal.com about his time as an astronaut at the Autographica event in London on 12 October.
A member of the third group of astronauts named by NASA in October 1963 he became lunar module pilot for what was the second Moon landing in November 1969. He and mission commander Pete Conrad explored the ocean of storms, deployed several surface experiments and installed the first nuclear power generator station on the Moon. Richard Gordon, the mission’s command module pilot, remained in lunar orbit photographing landing sites for future missions.

Those giant waves—”undular bore waves”—were photographed Oct. 3rd flowing across the skies of Des Moines, Iowa. (Credit: KCCI-TV Des Moines and Iowa Environmental Mesonet SchoolNet8 Webcam.)
“Wow, that was a good one!” says atmospheric scientist Tim Coleman of the National Space Science and Technology Center (NSSTC) in Huntsville, Alabama. Coleman is an expert in atmospheric wave phenomena and he believes bores are more common and more important than previously thought.

A story both intimate and epic that paints a vivid picture of Midwestern farm life.
From the beginning of the twentieth century to World War II, farm wife May Lyford Davis kept a daily chronicle that today offers a window into a way of life that has all but disappeared. May and her husband Elmo lived through two decades of prosperity, the Great Depression, and two World Wars in their Midwestern farming community. Like many women of her time, Davis kept diaries that captured the everyday events of the family farm; she also kept meticulous farming accounts. In doing so, she left an extraordinary record that reflects not only her own experiences but also the history of early twentieth-century American agriculture.

“If you owe the IRS lots of money, forget about it. We’ll take care of it. We’ll get them off your back. You won’t have to pay all of what you owe. So, why should you pay what you really owe when our expert former IRS agents can negotiate a low settlement for you?”
The above is a paraphrase of the many commercials that I’ve been seeing on television lately. The premise is that through no fault of your own, you have failed to pay the taxes that you owe, and the mean and nasty IRS wants its money. There is no reason for you to despair, because there are companies who can help you negotiate a settlement with the government. 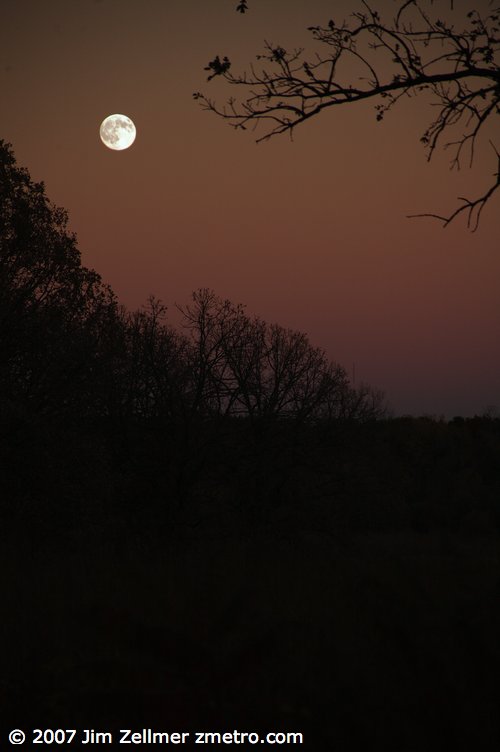 If your municipality isn’t looking at creative ways to develop new strategies that include having a state-of-the-art network infrastructure to support economic growth and development, they will be stagnating your property value and quality of life in your area. This was the message I conveyed in a speech on intelligent business campuses at the RTC last week.
Simply put, the three most important words in real estate (“location, location, location”) have turned into “location, location, connectivity” in urban, suburban and rural America.
Corporate site selection committees have included broadband connectivity as one of the top three criteria they are looking for when researching locations for corporate facilities. If your community does not have a good platform for broadband connectivity, it will simply be passed over in favor for one that does.
As a keynote speaker, I also presented these concepts on Tuesday to an urban symposium at the Milwaukee School of Engineering in Milwaukee.
The critical message is the same whether it is for a 5,000-person village in Virginia, a 50,000-person county in downstate Illinois or a 500,000-person city in Wisconsin: “Economic development equals broadband connectivity and broadband connectivity equals jobs.” Without connectivity, there will be little economic development and little if any new jobs.
The table below represents the layers of critical infrastructure that must be taken into account when reviewing regional opportunities.

Some residents of New York, Connecticut, and New Jersey who live inside the boundaries of Verizon’s FiOS network will be the first to be able to take advantage of Verizon’s new 20/20 FiOS service. As the name implies, 20/20 FiOS is a symmetrical 20Mbps connection (same speed in both directions), and it’s one of the first symmetrical services to target the consumer market.
Available today, 20/20 will cost $64.99 per month and will include Verizon’s Internet Security Suite and 1GB of online backup (up to 50GB can be purchased at “competitive rates”).
Susan Retta, the company’s VP of Broadband Solutions, was quick to compare the new plan to cable. “For more than a decade, the Internet has been defined by how quickly you can download content,” Retta said. “Our 20/20 FiOS service changes everything by creating an entirely new category of US broadband where ‘fast’ means fast in both directions.”

Most industries innovate from both ends:

The mediocre record companies, mediocre A&R guys and the mediocre acts are struggling to stay in place. They’re nervous that it all might fall apart. So they wait. They wait for ‘proof’ that this new idea is going to work, or at least won’t prove fatal. (It’s the impulse to wait that made them mediocre in the first place, of course).
So, in every industry, the middle waits. And watches. And then, once they realize they can survive the switch (or once they’re persuaded that their current model is truly fading away), they jump in.
The irony, of course, is that by jumping in last, they’re condemning themselves to more mediocrity.