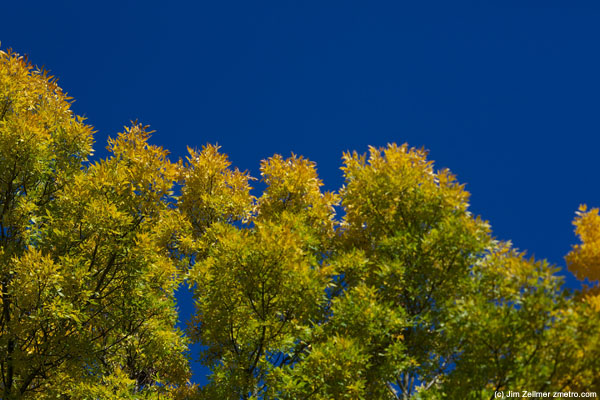 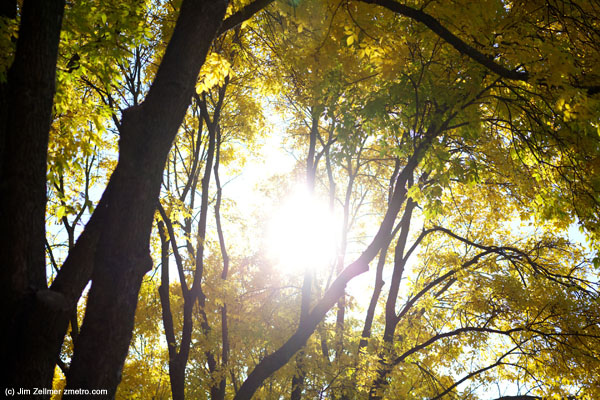 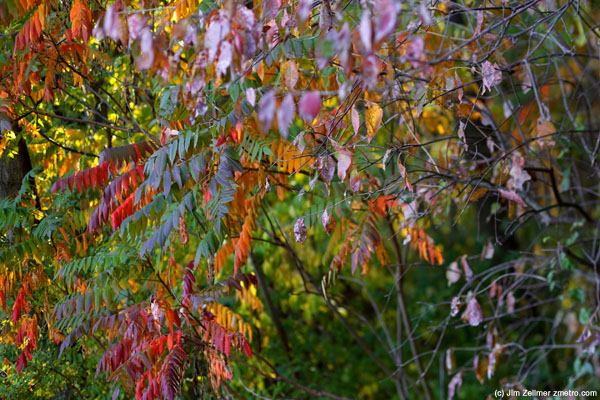 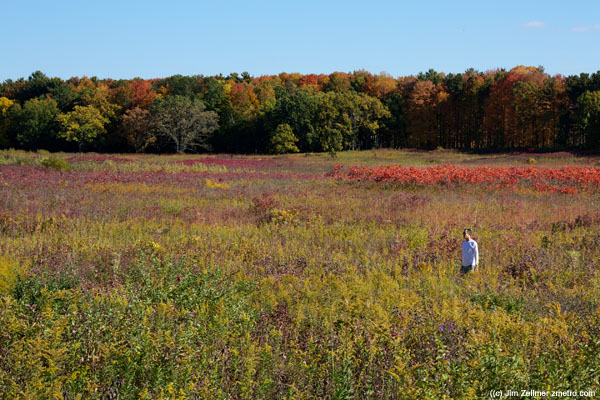 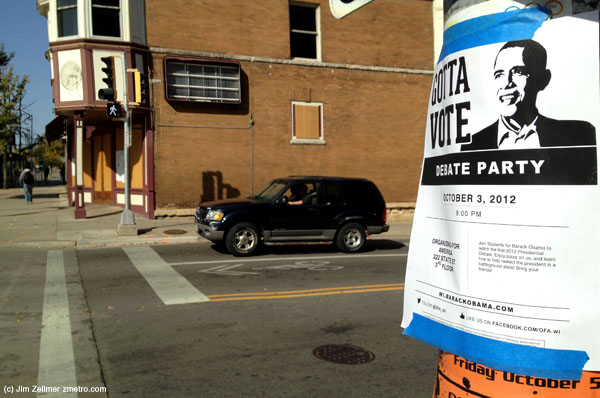 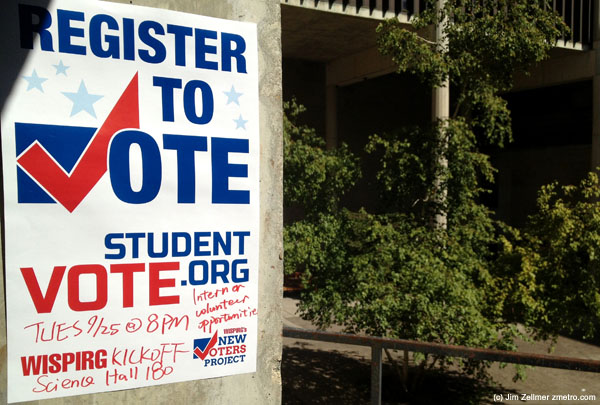 FOR LIBERALS AND leftists in Germany, Berlin has always represented the dark side of German history. As capital of the military state of Prussia, it became the grandiose center and symbol of the Reich founded by Bismarck in 1871—culturally stuffy, conservative, dull, backward, dominated by civil servants and soldiers. No wonder that when liberals and Social Democrats established a democratic Republic after the overthrow of the Kaiser, they avoided the Prussian capital. They sought to distance themselves from Berlin by holding the Constituent Assembly in the provincial town of Weimar, forever associated with the name of Goethe and Schiller, Germany’s greatest poets and writers. Weimar was, of course, far from the revolutionary turbulence and street-fighting raging across the capital in the early months of 1919, but it also provided distance from a past that the creators of the new Germany wanted to reject.

Take a story plucked from the pages of Gerber’s history. In 1974, the company’s growth potential was waning. In order to grow profitability and fight margin pressure, Gerber executives turned towards a market they hadn’t successfully penetrated for decades: adult food.

Luckily for a company adept in sourcing and processing vegetables and fruits, tens of millions of busy Americans were spending more time at work and fewer hours in front of the stove. Gerber’s team knew if they could develop a quick, healthy meal for adults, they had an avenue into meaningful growth.

When Gerber launched its product targeted towards this opportunity, it flopped disastrously. It’s no surprise: Instead of developing a novel line of food suited to the needs of busy Americans with distinct branding and its own distribution strategy, Gerber slapped a new label — excitingly named “Gerber Singles” — on existing pureed products and shipped them out for placement in a different aisle.

Needless to say, working Americans weren’t busting down the doors at Safeway to pick up the latest, greatest flavor of Gerber Singles carrots. In three months, the product was pulled from all grocers and returned to the company.

The past 72 hours has held one of the strangest disharmonic convergence of free speech events I have ever seen.

(1) On Tuesday, President Obama flourished his pretty rhetoric on free speech to the United Nations (UN):

Those in power have to resist the temptation to crack down on dissidents.(2) A day later, the Sydney Morning Herald published U.S. Air Force documents classifying Wikileaks and its founder Julian Assange as “enemies of the state,” an action in sharp contrast to Obama’s rhetoric about the importance of protecting dissent in a democracy.

Except during a short few golden years, it’s never been easy to sell cars. In that one all-too-brief period, after the Second World War, GIs flush with wartime salary savings and a public tired of driving antiquated cars from the 30s all flooded into dealerships at once, trying to buy the few vehicles available. For the most part, though, achieving greatness selling cars is not an easy career path. That’s a shame, because most people actually enjoy getting new cars; they just claim to hate the process – or so we are told.

In reality, over the past 30 years right at 85 percent of all new car buyers have said in surveys that their last car purchase was handled in either a “satisfactory” or “highly satisfactory” manner. Not surprisingly, most car salespeople say that they enjoy dealing with about 85 percent of their customers.

As for the dreaded negotiation, anyone who’s been selling cars for more than six months can tell you it’s typically the customer who usually starts the process. You may not realize it, but you open negotiations the moment you ask, “Is that the best you can do?”

Lucky for Edna Murphey, people attending an exposition in Atlantic City during the summer of 1912 got hot and sweaty.

For two years, the high school student from Cincinnati had been trying unsuccessfully to promote an antiperspirant that her father, a surgeon, had invented to keep his hands sweat-free in the operating room.

Murphey had tried her dad’s liquid antiperspirant in her armpits, discovered that it thwarted wetness and smell, named the antiperspirant Odorono (Odor? Oh No!) and decided to start a company.

But business didn’t go well—initially—for this young entrepreneur. Borrowing $150 from her grandfather, she rented an office workshop but then had to move the operation to her parents’ basement because her team of door-to-door saleswomen didn’t pull in enough revenue. Murphey approached drugstore retailers who either refused to stock the product or who returned the bottles of Odorono back, unsold.

Sears, the department store, was one of the most prolific manufacturers. It sold more than 70,000 of its Modern Homes from 1908 to 1940, customised and delivered to a local rail depot in a boxcar or two. About 25,000 are estimated to remain today.

Models ranged from two-room cottages without indoor plumbing to the Magnolia, which had a dozen rooms including servants’ quarters. The cheapest sold for less than $1,000; the grandest for more than five times that amount.

Kit catalogues highlighted the labour and cost savings. A 1926 catalogue stated that a Sears home would save more than 230 man hours during construction and eliminate the need for an architect. Though it saved only about $125, that was enough to make home ownership achievable for many.

In 2005, I read a book called The Innovator’s Dilemma, by Clayton Christensen. It blew my mind, because it seemed to describe my business perfectly. 37signals had just released Basecamp, our Web-based project-management app. Aimed at small-business owners, Basecamp was designed to be affordable and easy to use. It did only a few things, but we made sure it did them well.

Our major competition at the time was Microsoft Project, which was expensive, complex, packed with features, and aimed at large organizations. It wasn’t particularly pleasant to use. I’ve yet to meet someone who is excited about Microsoft Project.

In The Innovator’s Dilemma, Christensen explains how successful companies with well-established products are constantly being threatened by newcomers. Winners, he argues, don’t lose when new rivals attack from the high end of market. They lose when start-ups attack from below. This, of course, was precisely what 37signals was trying to do to Microsoft. And it was working. Needless to say, I became a passionate fan.

Lunch, ordered in by Chen’s minders, is an excellent, enormous Italian meal of pasta, pizza and salads from Otto Enoteca Pizzeria on nearby Fifth Avenue. Before we start eating, he asks if he can hold my digital recorder. “I have a deep fondness for audio recorders,” he tells me, as he examines my device with his fingertips. “I was given one in 2005 that I used to document accounts of the government’s violent family planning practices. It survived countless confiscation raids on my house and I still have it today.”

His casual, dispassionate reference to the work that got him into so much trouble is striking, as is the serenity and forgiveness he displays while describing horrific events and the people who subjected him to them.

As we start our meal, I ask Chen how he likes the food in New York. His wife gives him a piece of pizza, telling him what it is and that he can use his hands to eat it. He smiles and says he likes all kinds of cuisine, especially Japanese and Indian. He explains that, while under house arrest in his village, he was regularly stopped from going out to buy food and supplies, and he and his family often went hungry.

In his simple, aphoristic style he continues, “Sour, sweet, bitter and spicy – they all have their own nutritional value, and it’s the same in a person’s life – eating some bitterness [having bitter experiences] also has its benefits and value.”