Finding Two. If a state plays this game it quickly reaches an absurd level. Just after the LoPresti micro-triumph New Mexico announced a $100 million investment to build…a spaceport (I really wish I was making this up). This will service Richard Branson’s Virgin Galactic and is obviously a necessary subsidy, because Branson, for some reason, has no cash. (See the December 2005 press release at http://ww1.edd.state.nm.us. Title: Richardson Announces $100 Million Commitment to Build World’s First Spaceport. Implicit subtitles: “Private Sector Baulks At Risky Project; We’re enlisting New Mexico Taxpayers To Provide Generous Help” and “Hooray! We’re Morons!”). Today, Kansas and Florida. Tomorrow, Low Earth Orbit. Who can stop New Mexico from operating like an aerospace banana republic? In search of good government I asked my friend Jeff Schwartz what could be done. Jeff is one of the smartest government guys I know, and he works for the Appalachian Regional Commission, which funds development work in states in their jurisdiction. “We’re on it,” he reassured me, referring me to their code (http://www.arc.gov/index.do?nodeId=1242#chap8). The ARC prohibits its money from going to “(A) Any form of assistance to relocating industries; (B) recruitment activities that place a state in competition with another state or states; and (C) projects that promote unfair competition between businesses within the same immediate service area.”

Brenda Konkel recently wondered about the City of Madison’s $700K loan to Tomo Therapy. Generally, I think governments should stay out of this. We’re all better off if they spend time simplifying processes, taxes and paperwork.

Garlic may be good for a lot of things — spicing up your diet, for sure — but it seems to be no good at all at lowering your cholesterol.


After conducting one of the most elaborate studies yet on garlic’s effect on cardiovascular health, scientists at the Stanford University School of Medicine said Monday that they could find no benefit in terms of reduced levels of LDL cholesterol, the “bad” form linked to heart disease.


Christopher Gardner, a Stanford assistant research professor and lead author of the six-month study, said he was disappointed by the results, describing himself as a garlic lover whose office is an hour’s drive from Gilroy, the generally acknowledged “garlic capital of the world.”

Another balloon pops. Perhaps the garlic farmers will need a subsidy of some sort to recover?

I find it interesting the frequency with which the alt music radio stations around the country play Johnny Cash. Locally, our excellent wsum spins him up now and then, including a tune from his At San Quentin live recording. 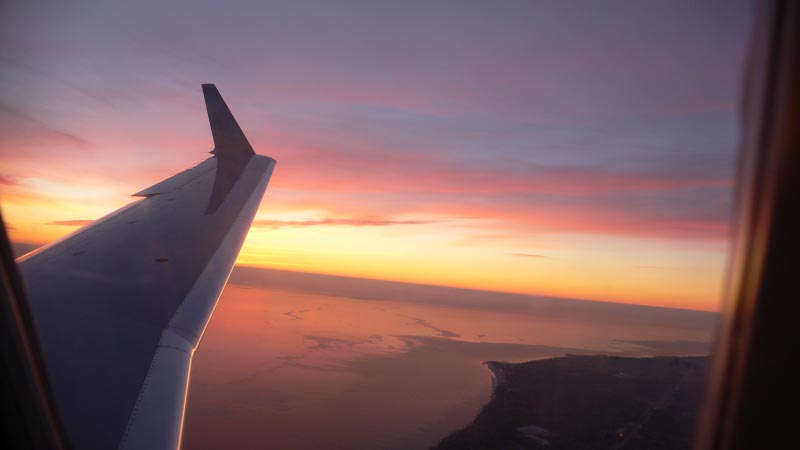 Well worth stopping. Reminds me, in some ways of Madison’s excellent Himul Chuli, with a Berkeley twist or two. Zatar’s website. KQED has a review . Click for larger photos. Kelly’s salad was superb.

The murder of Anna Politkovskaya was at once unbelievable and utterly expected. She had been hunted and attacked before. I 2001, she fled to Vienna after receiving e-mailed threats claiming that a special-services police officer whom she had accused o committing atrocities against civilians (and who was eventually convicted of the crimes) was bent on revenge. While she was abroad a woman who looked very much like her was shot and killed in front of Politkovskaya’s Moscow apartment building. Polic investigators believe the bullet was meant for Politkovskaya. In 2004, she became violently ill after drinking tea on a flight to Beslan in North Ossetia, where, at the request of Chechen leaders, she was to negotiate with terrorists who had seized a school and take more than eleven hundred hostages, most of them children. The Russian Army, which had bungled its response to the siege, did no want her there. Upon landing in Rostov, she was rushed to the hospital; the next day, she was flown by private jet to Moscow fo treatment. By the time she arrived, her blood-test results and other medical records had somehow disappeared. She survived, only t be called a “midwife to terror.” The threats became continuous: calls in the middle of the night, letters, e-mails, all ominous, al promising the worst. “Anna knew the risks only too well,’’ her sister told me. Politkovskaya was born in New York while her fathe was serving at the United Nations, in 1958; not long ago, her family persuaded her to obtain an American passport. “But that was a far as she would go,” Kudimova said. “We all begged her to stop. We begged. My parents. Her editors. Her children. But she alway answered the same way: ‘How could I live with myself if I didn’t write the truth?’

No, this isn’t an upside-down rainbow, and the photographer hasn’t faked the picture. It’s an unusual phenomenon caused by sunlight shining through a thin, invisible screen of tiny ice crystals high in the sky and has nothing at all to do with the rain.


Andrew G. Saffas, a Concord artist and photographer, saw the colorful arc at 3:51 p.m. on a beautiful day recently when a slight rain had fallen in the morning. He thought it was a rainbow, created by raindrops refracting sunlight the way glass prisms refract any bright beam of light.


Instead, what Saffas saw was what scientists call a circumzenithal arc, according to physicist Joe Jordan, a former NASA space scientist at the Ames Research Center in Mountain View, who is now director of the Sky Power Institute in Santa Cruz, which promotes solar power and other alternative fuels.

But then, that’s not news. I’ve been trying to get Joost working at home and was cursing it, but I was cursing the wrong party. Joost works fine at work. I can’t wait until Verizon finishes laying fibre on my street so I can get FIOS. Except Verizon hired the worst contractor imaginable to get the job done. They have been at it for more than two months on a street with fewer than 20 homes; they’ve managed to cut our cable and gas line and a neighbor’s electric line and they’re not nearly done. I’m about to go out with a shovel myself just so I can get rid of Cablevision sooner.

At least Jarvis can look forward to fiber to the home, via Verizon. Locally, AT&T is content to spend money on advertising and resell us the copper lines we’ve paid for over and over and over.

The LAT’s David Colker tells the story of how the last soap factory in town has managed to survive despite low-cost competition from China. It’s clear that soap-making doesn’t have a big future in Los Angeles, but the story also a tribute to the ingenuity that has allowed the company to find new markets and new operating methods.

Hoping to trim one of his biggest remaining expenses, electricity, he contacted the Department of Water and Power. “They told me if I could shut down by 1 p.m., they could give me a much better rate,” Shugar said. He moved the plant’s starting time back to 5 a.m. to meet the cutoff time, resulting in 40% savings.

One of his most valuable assets was his mechanical engineer, Cheng Lim, who came to Shugar from Jergens when that company closed its Burbank plant in 1992. Lim could have stayed with the giant company, based in Cincinnati, but “my wife did not want to go,” he said. “Too cold there.”

Lim adapted the Shugar production line for use by fewer employees.