Henry Ford would have none of it. He wasn’t about to pay royalties on someone’s made-up patent, nor was he in the mood to limit his potential for production. Even in the earliest days he knew that mass production would be the key to driving down the prices of his cars and thereby making them truly affordable to all.

A lawsuit brought by the ALAM to force Ford out of business, or make him liable for millions of dollars in royalties, went on for years. In late 1909, just as the Model T was starting to sweep the nation, Judge Charles Hough of the Circuit of the Southern District of New York ruled against Ford. Ford was so dejected, he came close to selling his company to General Motors. Instead, he regrouped, posted a $350,000 bond and appealed the case.

In 1911, for the final trial, Ford built an automobile from Selden’s patent application and proved without a shadow of a doubt that it would not run. Moreover, as Ford pointed out, every manufacturer was using Otto’s version of an internal combustion engine, not Brayton’s. This time Ford won, and the auto industry in America became part of a true free enterprise system.

From there came the moving assembly line. Then Ford determined that, if America was going to build for consumers, then people needed to make more money to buy things. There were other business reasons, but he did double wages for his workforce; and the American Century started in earnest.

The big economic question in much of the world today is usually framed as the fight between advocates of austerity and advocates of growth. But another way to view the debate is as a contest between those who think that 21st-century government can be effective and those who don’t.

Indeed, some of America’s most outspoken capitalists have begun to fight the “Buffett Rule,” which would set a minimum tax level for millionaires, and other calls to raise taxes for those at the very top, with the argument that money is best left in the bank accounts of the superrich because they are more effective at using it than the state is.

“I’m a job creator. I’m one of the guys who can help us out. I’m a Silicon Valley guy who can invent and create,” T.J. Rodgers, chief executive of Cypress Semiconductor, told me. “If you tax me more, I will either give less to charity or I will fund venture companies less, or I will sell the stock in my own company or other companies I own, like Intel and Google. I will do one of those three things to return the money to the government.”

Founder Tony Fernandes recently spoke at Airbus. He mentioned a few keys to their success: growth where competitors weren’t (non-consumption): 50% of their routes were never flown before, 25 minute turns and they fly their planes 14 hours daily. 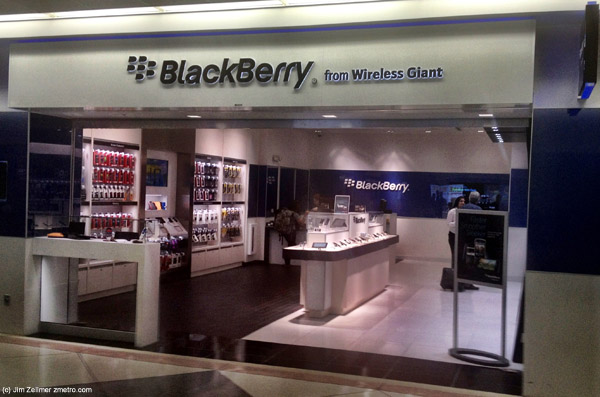 I snapped this photo in Charlotte while quickly changing planes recently. Its presence caused me to do an about face as I had not previously seen a Blackberry branded retail store – nor did I ever expect to encounter such a place.

RIM was once a high flyer, but, via this informative Horace Dediu chart, has been unable to address the iPhone led smartphone disruption.

Brian S. Hall has been following the Smartphone wars for some time.

According to Musk, successful entrepreneur come in all sizes, shapes and flavors. Some things that are important are an obsessive nature with respect to the quality of the product, and really liking what you do, he says.

A researcher works on new antibiotics to combat bacteria, which are becoming an increasingly globalised threat as international travel increases

Every morning when she arrives at Hygeia hospital in Athens, Helen Giamarellou, a senior doctor, starts her day by walking the wards, checking on hygiene and quizzing staff as she attempts to prevent a deadly infection spreading across southern Europe.

Even before the financial crisis added to the difficulties, Greece was on the frontline of what she calls “a killer strain” of the Klebsiella pneumoniae bacterium resistant to the carbapenems, a class of potent “last-line” antibiotics used to treat infections when all other drugs fail to work.

Since 2009, when it was first detected in Europe in nearly half of the dozens of hospital patients tested, the strain has spread from Greece to many other EU countries, threatening the treatment and survival of those with problems such as bloodstream and urinary tract infections.

By Kathrin Hille and Jamil Anderlini in Beijing:

Dongshigu is a small village in the eastern Chinese province of Shandong. Nestled amid apple orchards, peanut fields and cornfields, the scattering of houses – built from the pale rocks strewn over the nearby hills – can appear almost idyllic on a nice day. But at the corner of the narrow country road that leads into the village, two men block the way. “What do you want?!” one barks through our car window, before brusquely waving us away. Similar-looking men – plainclothes policemen in their 40s, tall and orderly dressed – stand on several streets branching off the highway. They are guarding against the spirit of a man who has long since gone: Chen Guangcheng, the blind legal activist whose desperate dash for freedom has made global news, arrived in New York last weekend.

Chen Guangcheng arrives in New York, last weekend
Chen Guangcheng’s daring escape from imprisonment in his farmhouse to the US embassy in Beijing – forcing the world’s two biggest powers to negotiate over his fate – is already the stuff of legend. In his home village, he became a heroic figure a long time ago.

“He held my hands once,” says one old lady who met Chen seven years ago. Resting from work in the fields near Dongshigu, she recalls visiting Chen in 2004 because he was supporting women against violent family-planning officials. “He helped my daughter and he listened to our story,” she says. “He can’t see, but he feels.” It is a fitting characterisation of a man who has broken out of the confines of his disability, narrow social convention and a repressive political system through his sensitivity, empathy and sheer will power.

Chen was born the fifth son of a farmer, and was robbed of his eyesight by a fever before he was a year old. The boy all but ignored his handicap. “He was known in his village as a naughty boy who would always climb trees and walls even though he was blind,” says Bob Fu, the Chinese-born pastor who runs the US-based NGO ChinaAid.

The new museum attempts to mimic the best of the original with modern twists and technological improvements.

Even their friends were against it at first but Tod Williams and Billie Tsien, husband-and-wife architects, persevered. Selected in 2007 to design the controversial new Barnes Foundation museum in downtown Philadelphia, the couple battled scorn, litigation and the maze of creative restrictions imposed by an irascible art collector who died 60 years ago.

Five years and $150m later, the new Barnes is set to open this weekend. Only a few miles from its former pastoral home in leafy Merion, Pennsylvania, it is situated in the city’s cultural centre, where the once-reclusive jewel box will become an international destination for lovers of art.

I know of no industry where technology is as despised as it is in health care. It’s a statement that it took government money to incentivize healthcare providers to finally do what virtually every other industry has done — apply IT to streamline processes. “Established technology is being given a federally funded new lease on life,” athenahealth CEO Jonathan Bush said. “Traditional health software now is on Medicare, being kept alive like grandma.” Bush dubs this program as the “cash for clunkers” program for health IT leaving no doubt what his opinion is regarding the legacy vendors’ solutions.

While one might dismiss this coming from a company with a dog in the fight, the feeling is nearly universal amongst physicians who are the most important users (besides patients who are almost completely ignored). The best evidence of how abysmal legacy healthIT is, is that the market leader is having trouble getting medical practices to adopt their software even with huge subsidies from large health systems. In the course of discussions with large health systems, they share the deployment of a mega Electronic Medical Record (EMR) and how they were offering subsidies to affiliated doctors to adopt the same system. When pressed about how broadly it was being adopted by non-employee physicians (i.e., MDs who have a choice), the penetration was staggeringly low — 0.2% was the average of those who shared figures. This was despite the fact that they were subsidizing 85% of the cost (the maximum allowed by Stark Law).

When I’ve spoken with doctors who have rejected the entreaties from their affiliated health systems, it’s more than the expense (even after a massive subsidy, it’s still several thousand dollars plus monthly costs). Rather, the complexity and lack of user friendliness is the bigger driver. A common statement one hears in healthIT conversations is that doctors hate technology or are afraid of it. Hogwash. They only hate bad technology. Consider the iPad. Doctors are one of the biggest buyers and it’s not just young doctors.

I suggest that part of the reason so many have been disappointed with Obama is that their expectations were unattainably high, and also because his supporters, especially liberals, projected their hopes on to him with little regard for his innate pragmatism. West admits this but says Obama is partly to blame. “When you mobilise the legacy of Martin [Luther] King and put a bust of Martin King in the Oval Office, people elevate their hopes. Martin King is not just every brother,” he says. “It’s like a novelist being obsessed with Tolstoy or Proust and then he ends up writing short stories that can barely get into some middlebrow magazine. Hey, you got our hopes up man! I was expecting Proust or Tolstoy, instead it would barely get in Newsweek.”