When he boarded his flight from London to Oslo, Farouk al-Kasim, a young Iraqi geologist, knew his life would never again be the same. Norway was a country about as different as it was possible to imagine from his home, the Iraqi port city of Basra. He had no job to go to, and no idea of how he would make a living in the far north. It was May 1968 and al-Kasim had just resigned from his post at the Iraq Petroleum Company. To do so, he had had to come to the UK, where the consortium of western companies that still controlled most of his country’s oil production had its headquarters.

For all its uncertainties, al-Kasim’s journey to Norway had a clear purpose: he and his Norwegian wife, Solfrid, had decided that their youngest son, born with cerebral palsy, could only receive the care he needed there. But it meant turning their backs on a world of comforts. Al-Kasim’s successful career had afforded them the prosperous lifestyle of Basra’s upper-middle class. Now they would live with Solfrid’s family until he could find work, though he had little hope of finding a job as rewarding as the one he had left behind. He was not aware that oil exploration was under way on the Norwegian continental shelf, and even if he had known, it wouldn’t have been much cause for hope: after five years of searching, still no oil had been found.

But al-Kasim’s most immediate problem on arriving in Oslo that morning was how to fill the day: his train to Solfrid’s home town did not depart until 6.30pm. “I thought what I am going to do in these hours?” he says. “So I decided to go to the Ministry of Industry and ask them if they knew of any oil companies coming to Norway.” 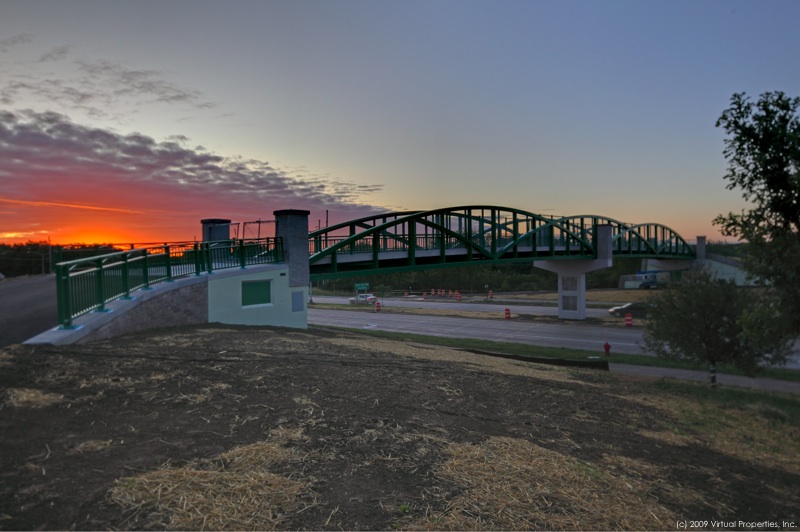 For many investors, the ultimate value of Sears resides in its liquidation value rather than the cash flow it can generate as a going concern. Much hidden value is seen in its valuable brands, like Kenmore, Land’s End, Craftsman and DieHard, and the 73% interest in Sears Canada. A major holder “conservatively” estimates the retailer’s breakup value at about $75 to $100 a share. (A confession: In an Oct. 22, 2007, article in Barron’s, I surmised that there might be more than $300 a share in hidden value in Sears stock.)


Given the recent performance of the company and the agonies of the U.S. consumer and credit markets, these sum-of-the-parts estimates have plummeted. In a May report, Morgan Stanley’s Greg Melich came up with a value of $33 a share. Last week, he said that the new value would be somewhat but not dramatically higher when he releases his latest calculations in the next few weeks.


Nonetheless, the entire exercise is somewhat academic, according to Melich. Sears, for example, couldn’t dump all its 250 million square feet of retail space without destroying the values of retailing properties for years to come. Likewise, who knows when shell-shocked mall-owning real-estate investment trusts and once-expansion-minded rivals like Target, Kohl’s and Lowe’s will be buying again, particularly with the current glut of space on the market and the drying up of mortgage financing. And the Kenmore, DieHard and Craftsman brands (but not Land’s End) are so closely identified with Sears that it’s difficult to ascribe much value to them if they are offered independent of Sears.

“If you live in Birmingham,” declared Tony Blair when he was UK prime minister, “and you have an accident while you are, for example, in Bradford, it should be possible for your records to be instantly available to the doctors treating you.”


Not any more. Or not, at least, if the Conservatives win the next general election. For the Tories have pledged to scrap the country-wide version of the National Health Service’s electronic patient record.


Back in 2002, the idea of a full patient record, available anywhere in an emergency, was the principal political selling point for what was billed as “the biggest civilian computer project in the world”: the drive to give all 50m or so patients in England (the rest of the UK has its own arrangements) an all-singing, all-dancing electronic record. Roll-out was meant to start in 2005 and be completed by 2010.

Under a Conservative government, development of the local record – exchangeable between primary care physicians and their local hospitals – would continue. Nationally, clinicians would still be able to seek access to it when needed from the doctors who would hold it locally. But the idea of a national database of patients’ records, instantly available in an emergency from anywhere in the country, would disappear.

This may or may not matter, depending on your point of view. For many clinicians, the idea of an instantly available national record was always something of a diversion. It is access to a comprehensive record locally that is crucial for day-to-day care.

Nonetheless, the Conservatives’ decision to scrap the central database is a symbolic moment for a £12bn ($20bn, €14bn) programme that has struggled to deliver from day one. It is currently running at least four years late – and there looks to be no chance in the foreseeable future of its delivering quite what was promised.

On top of that, while there was a £6bn budget for the 10-year central contracts, no money was earmarked for training, in spite of the lesson, from the relatively few successful installations of electronic records in US hospitals, that at least as much has to be spent on changing the way staff work as is spent on the systems themselves.

One thing I’ve learned over the years is this – screwing over your users while yelling “the lawyers made me do it!” rarely ends well. Particularly when the lawyers are just being lazy, and free speech rights are at stake.


Flickr really stepped in it this time. And they’ve sparked a free speech and copyright fascism debate that is unlikely to cool down any time soon.


Sometime last week they took down a photoshopped image of President Obama that makes him look like the Heath Ledger (Joker) character from The Dark Knight. The image was created and uploaded to Flickr by 20 year old college student Firas Alkhateeb while “bored over winter school break.” It was also later altered yet again by someone else and used to create anti-obama posters that went up in Los Angeles.

Thomas Hawk has a good overview of some of the other details, but the short version is the image was removed by Flickr sometime last week due to “due to copyright-infringement concerns.”

People are angry over the takedown. There are lots of pictures mocking President Bush on a Time Magazine cover on Flickr that haven’t been removed. And of the Heath Ledger Joker character.

Over the next decade, systems which create and store digital records of people’s movements through public space will be woven inextricably into the fabric of everyday life. We are already starting to see such systems now, and there will be many more in the near future.

Here are some examples you might already have used or read about:

These systems are marvellously innovative, and they promise benefits ranging from increased convenience to transformative new kinds of social interaction.


Unfortunately, these systems pose a dramatic threat to locational privacy.

President Barack Obama reminds me of Felix the Cat. One of the best-loved cartoon characters of the 1920s, Felix was not only black. He was also very, very lucky. And that pretty much sums up the 44th president of the US as he takes a well-earned summer break after just over six months in the world’s biggest and toughest job.


His stimulus bill has clearly made a significant contribution to stabilising the US economy since its passage in February. His cap-and-trade bill to reduce carbon dioxide emissions passed the House of Representatives in June. He has set in motion significant overhauls of financial regulation and healthcare. Considering the magnitude of the economic crisis he inherited, his popularity is holding up well. His current 56 per cent approval rating is significantly better than Bill Clinton’s (44 per cent) at the same stage in his first term and about the same as George W. Bush’s.

Consider the evidence that the economy has passed the nadir of the “great recession”. Second-quarter gross domestic product declined by only 1 per cent, compared with a drop of 6.4 per cent in the first quarter. House prices have stopped falling and in some cities are rising; sales of new single-family homes jumped 11 per cent from May to June. Credit spreads have narrowed significantly and the big banks are recovering, some even making enough money to pay back Tarp bail-out funds. The S&P 500 index is up nearly 48 per cent from its low in early March. Best of all, the economy lost fewer jobs in July than most pundits were expecting. Non-farm payrolls declined by just 247,000, half the number that were disappearing each month in the spring. The unemployment rate has actually declined slightly to 9.4 per cent.

Click to view this scene, which was taken atop the Hotel U Prince.