When the Electrolux washing machine factory left Webster City, Iowa for Juarez, Mexico almost two years ago, it effectively knocked the town’s middle class to its knees. A sizable portion of the town’s population worked there, and they quickly found themselves scrambling to figure out what came next.

A couple of months after the plant closed down, photographer Brendan Hoffman first visited Webster City, which sits about 75 miles north of Des Moines. He was following former Minnesota Gov. Tim Pawlenty who, at the time, was campaigning in the Republican presidential primary. The plight of the town presented itself to him as the bigger story.

“It was a story that I felt conflicted about and those are the kind of stories I’m most drawn to,” says Hoffman, who is a member of the Prime collective. “Sure, some of the people in Webster City are going to tell you that they got screwed over. But at the same time if we are going to consider this country to be a free-market democracy, whose is to stop [the company] from deciding that they can be more efficient by moving production to Mexico?”

TWO years ago Bill Small toiled at one of New Zealand’s largest wineries, “pushing numbers around spreadsheets” and dreaming of striking out on his own. Today he and his wife, Claudia, make six wines, including three sorts of Sauvignon Blanc, under their own label. They sell them through Naked Wines, a four-year-old company that claims to be Britain’s fastest-growing online wine seller. Most would-be winemakers must flatter distributors, schmooze potential investors and beg for social-media attention. “We don’t do that shoe leather,” says Mr Small.

Like any online vendor Naked Wines bypasses middlemen and shares the savings with customers. But this is trickier for wines than it is for books. How do you convince oenophiles that they are buying fine vintages for plonk prices? Especially when the same bottle is not for sale at the local off-licence? Naked Wines’ answer is to seek out gifted unknowns, provide a stage and draw an audience. The idea is to create cachet without the slog of building brands.

The repeal of Glass-Steagall created mega-merged “supermarket” firms that blended insurance, commercial banking, and investment banking services – companies like Citigroup. Lehman Brothers, whose collapse was a major event in the 2008 crisis, was not one of those companies. Therefore, the repeal of Glass-Steagall did not cause the financial crisis.

For instance, President Obama failed to mention that the company whose merger was only made legal post-factum by Bill Clinton’s repeal of Glass-Steagall – Citigroup – ultimately became the single largest recipient of federal bailout funds, taking in nearly half a trillion dollars in cash and guarantees, according to the Congressional Oversight Panel. Citigroup would almost certainly have gone under in 2008 without that massive $476 billion federal lifeline, and had Citi gone under, the impact would likely have dwarfed that of the collapse of Lehman Brothers.

In fact, as one former regulator noted to me, the fact that the most destrctive collapse in 2008 was from Lehman and not from a commercial bank – well, that is really a historical accident. Had the government elected to bail out Merrill Lynch and Lehman and let Citigroup and Bank of America fail, we’d be having an entirely different conversation today. That could easily have happened: the only thing that’s unique about Lehman Brothers is that then-CEO Dick Fuld and his minions were so loathed by Henry Paulson and the rest of the Wall Street crowd that his bank was kicked out of the lifeboat, when everyone else was ushered on board.

What a great weekend we had in London! The 3D Printshow was overwhelming and crowded at times, but very interesting because of the people you meet and the stories you hear.

Was it the result of the hype around 3D printing? Or did the revolution really start past weekend? It’s hard to tell. But we can say we never saw more people attending a 3D printing event than this one. Not only designers and software companies appeared; also families, students, hobbyists and people who were just generally interested in this ‘new’ industry were very enthusiastic visitors.

Newspapers accounting for 90% of the circulation in Brazil have abandoned Google News.

Brazil’s National Association of Newspapers says all 154 members had followed its recommendation to ban the search engine aggregator from using their content.

The papers say Google News refused to pay for content and was driving traffic away from their websites.

“Staying with Google News was not helping us grow our digital audiences, on the contrary,” said the association’s president, Carlos Fernando Lindenberg Neto.

While electric cars get a lot of media attention, the reality is that the internal combustion engine is far from dead, particularly for the future car owners in the developing world. A startup called LiquidPiston — which has been around for years and which got its start as a father-son team in a business plan competition at MIT — is in the process of developing a diesel engine which is far more efficient, smaller and quieter than a standard diesel engine. 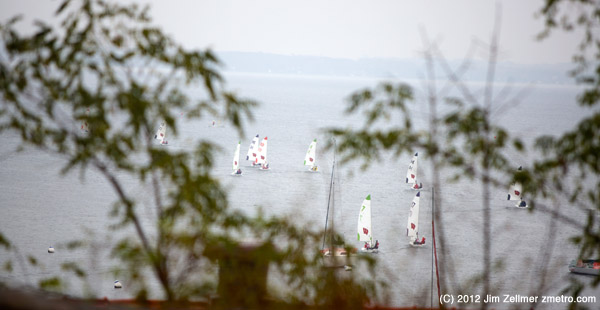 For more than two years, the police in San Leandro, Calif., photographed Mike Katz-Lacabe’s Toyota Tercel almost weekly. They have shots of it cruising along Estudillo Avenue near the library, parked at his friend’s house and near a coffee shop he likes. In one case, they snapped a photo of him and his two daughters getting out of a car in his driveway.

Mr. Katz-Lacabe isn’t charged with, or suspected of, any crime. Local police are tracking his vehicle automatically, using cameras mounted on a patrol car that record every nearby vehicle—license plate, time and location.

“Why are they keeping all this data?” says Mr. Katz-Lacabe, who obtained the photos of his car through a public-records request. “I’ve done nothing wrong.”

Want to see where your food might come from in the future? Look up.

The seeds of an agricultural revolution are taking root in cities around the world—a movement that boosters say will change the way that urbanites get their produce and solve some of the world’s biggest environmental problems along the way.

It’s called vertical farming, and it’s based on one simple principle: Instead of trucking food from farms into cities, grow it as close to home as possible—in urban greenhouses that stretch upward instead of sprawling outward.

According to the United Nations, by the year of 2050, 70% of the world’s population will be living in urban areas. So what will the city of the future look like? These are some of the questions that dominate our conception of “The City 2.0”: How will we transport ourselves? Where will we grow our food? How will we power our homes, our offices, our grids? What will happen to the natural world?

Today — October 13, 2012 — communities across the globe will be offering answers to these questions as part of TEDxCity2.0 Day, when nearly 70 TEDx events will be held in conjunction to dream about the city of the future. Events will be taking place from Antananarivo, Madagascar, to Daejeon, South Korea. In fact, so many events are happening today that the TEDx program is celebrating an exciting milestone — the 5,000th event since its launch in 2009.

To celebrate the City 2.0 and the spirit of urban inspiration, here are 6 great TEDxTalks about the future of cities.