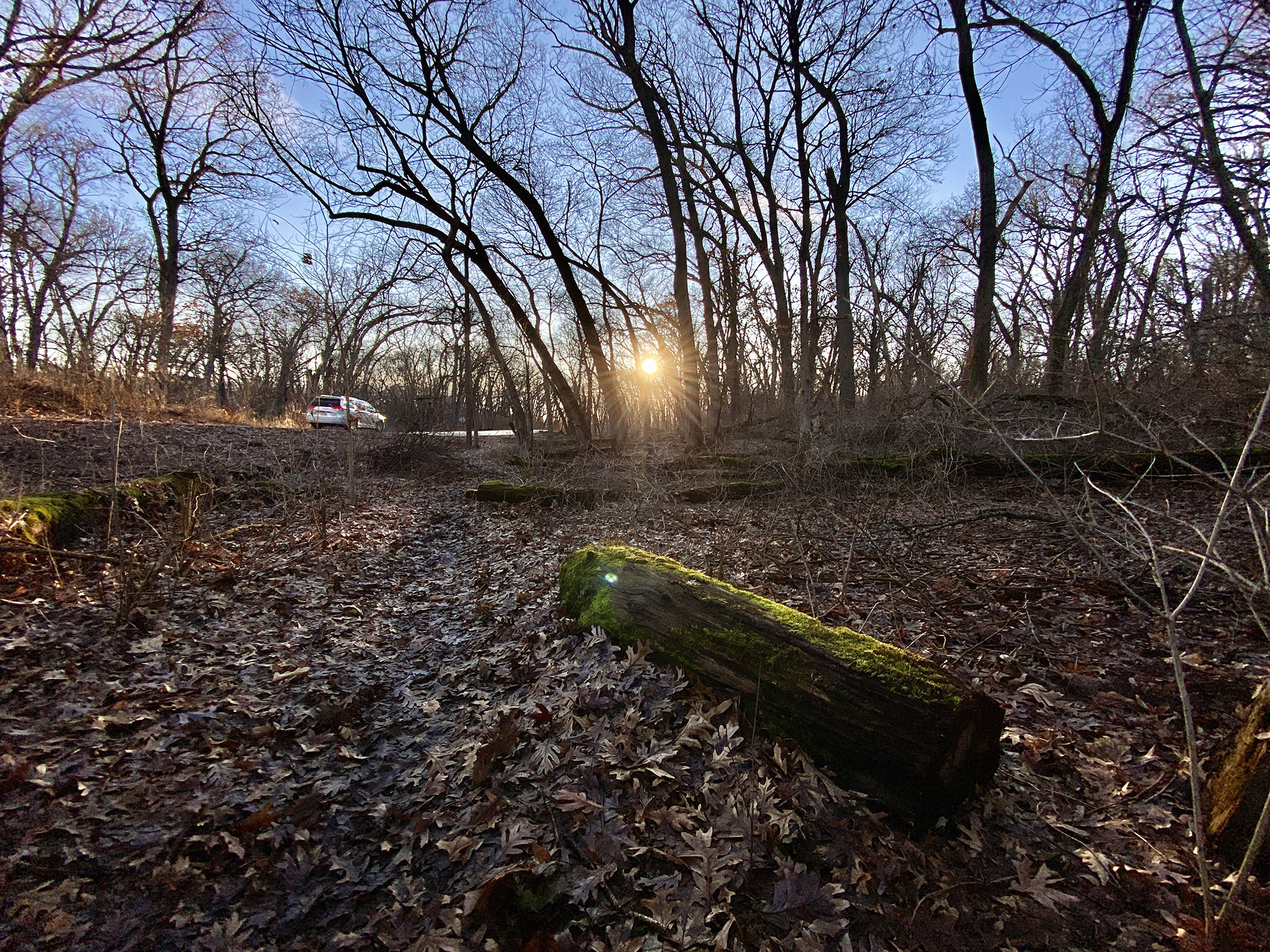 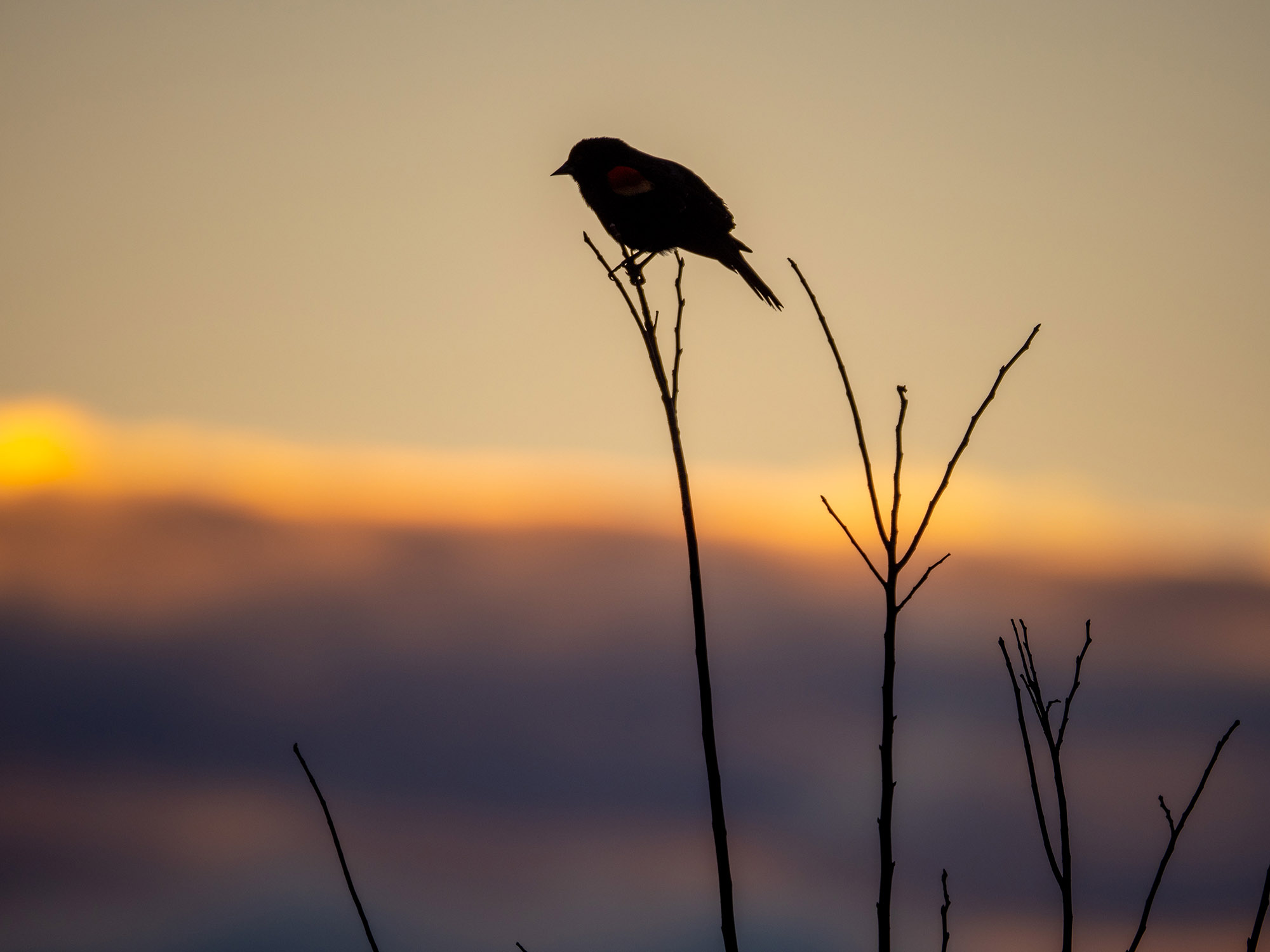 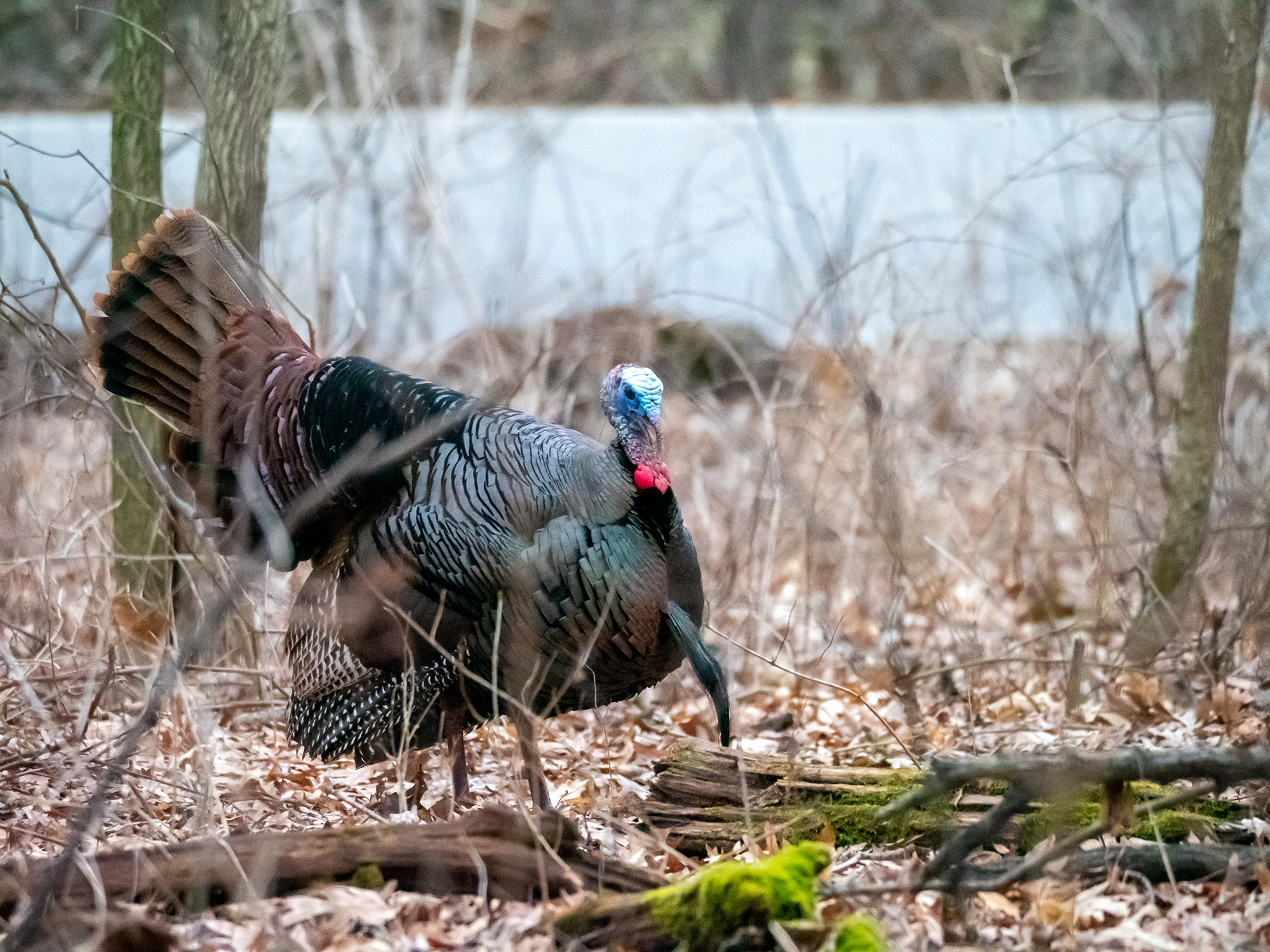 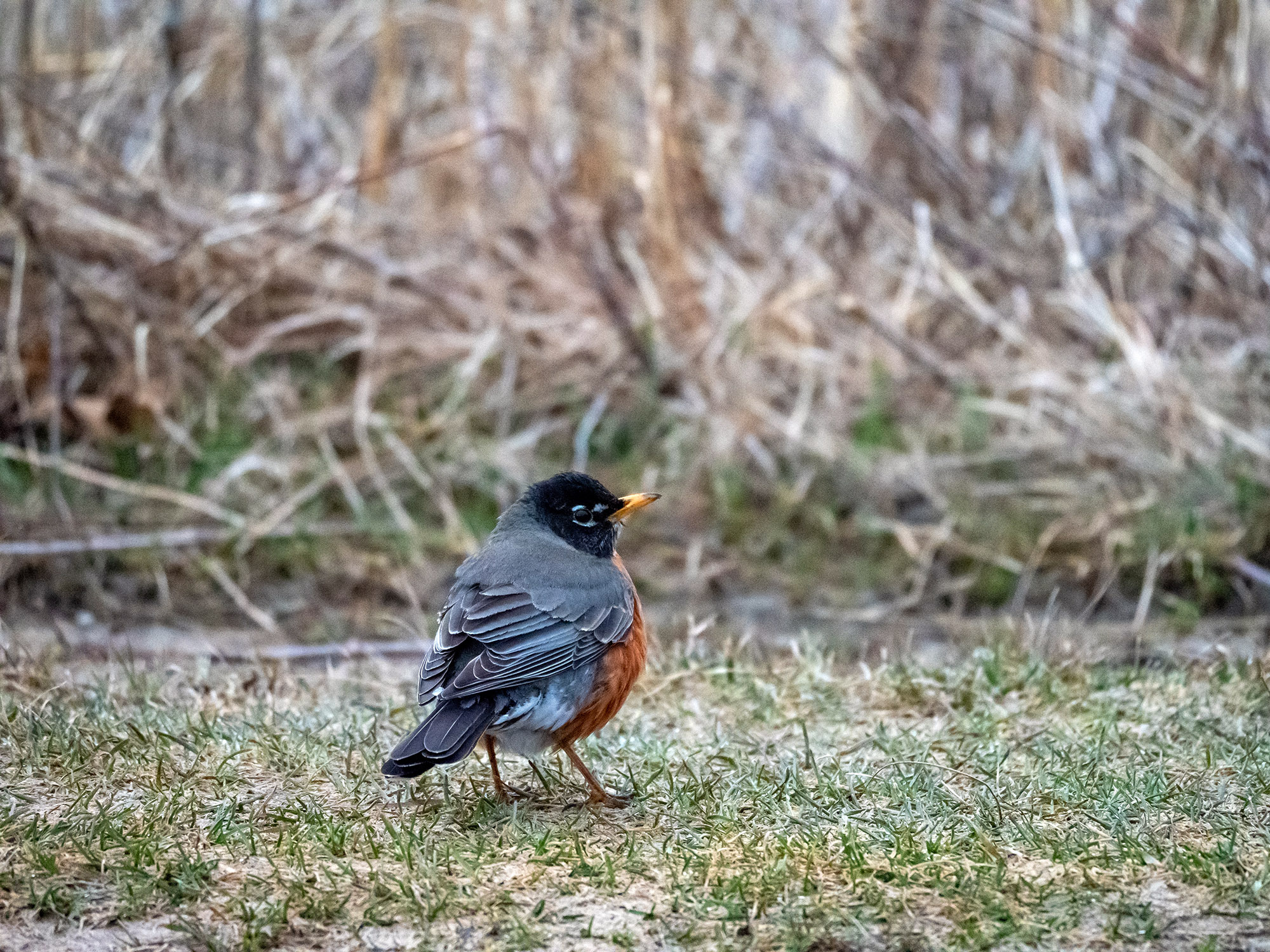 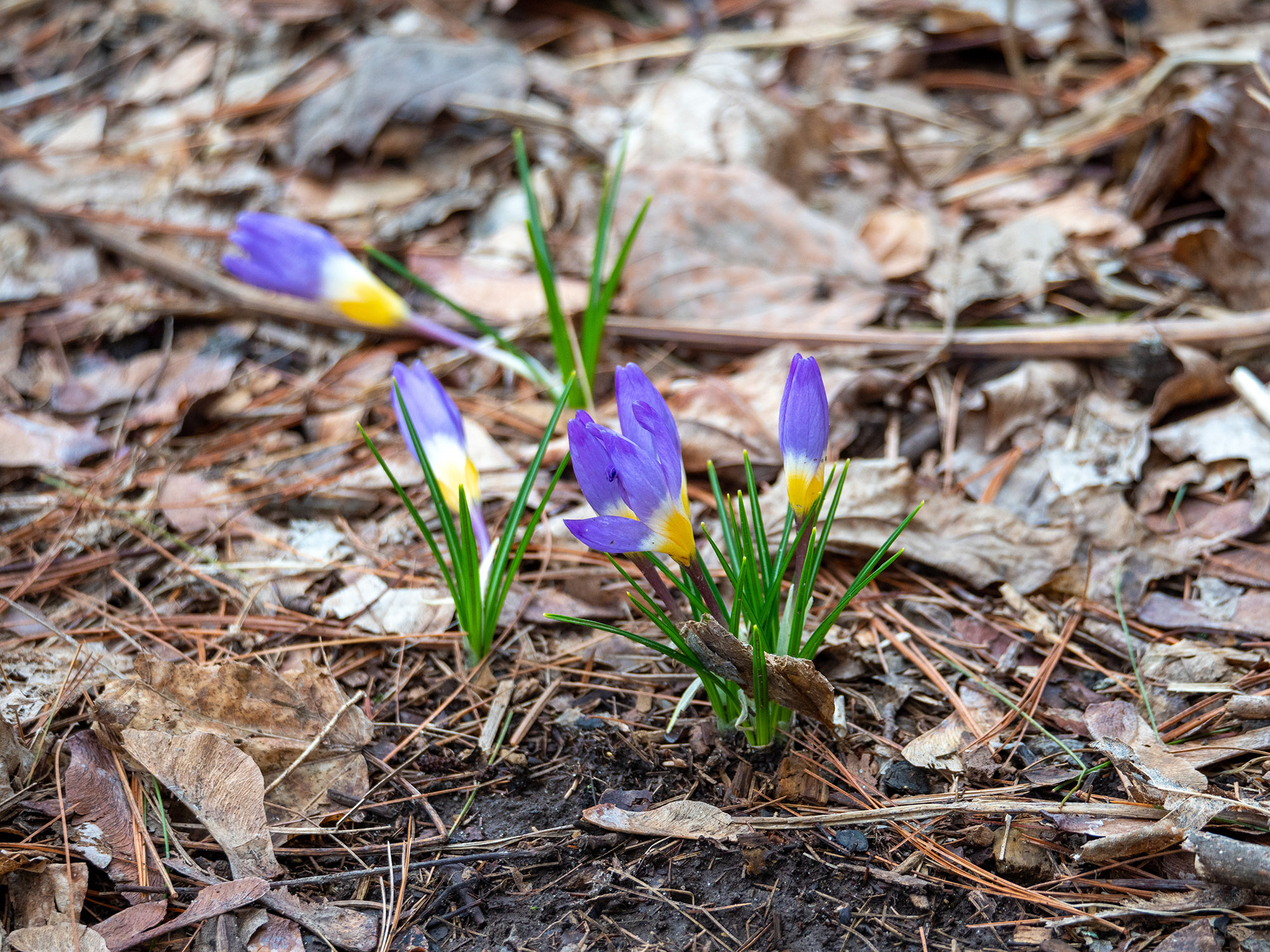 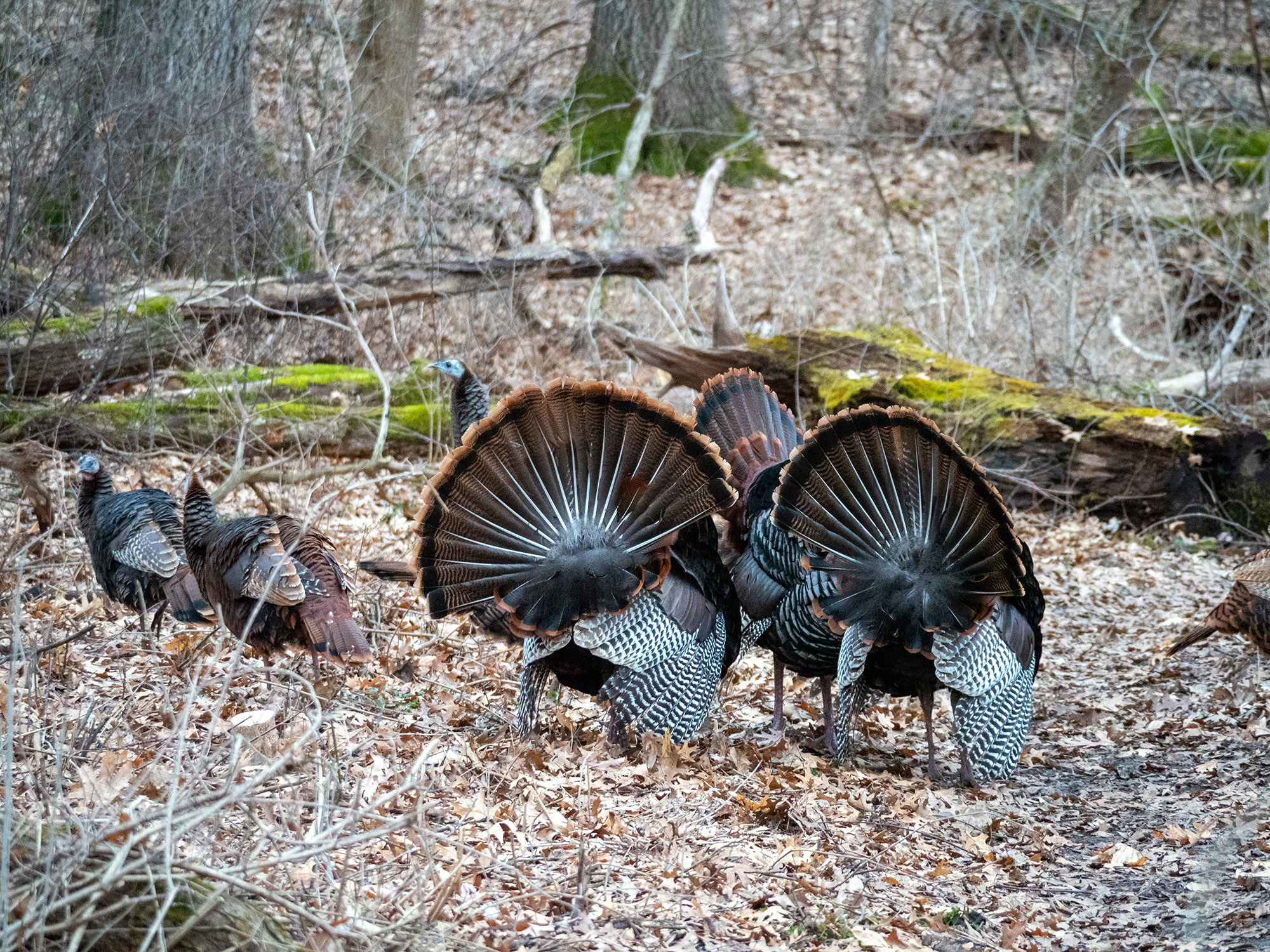 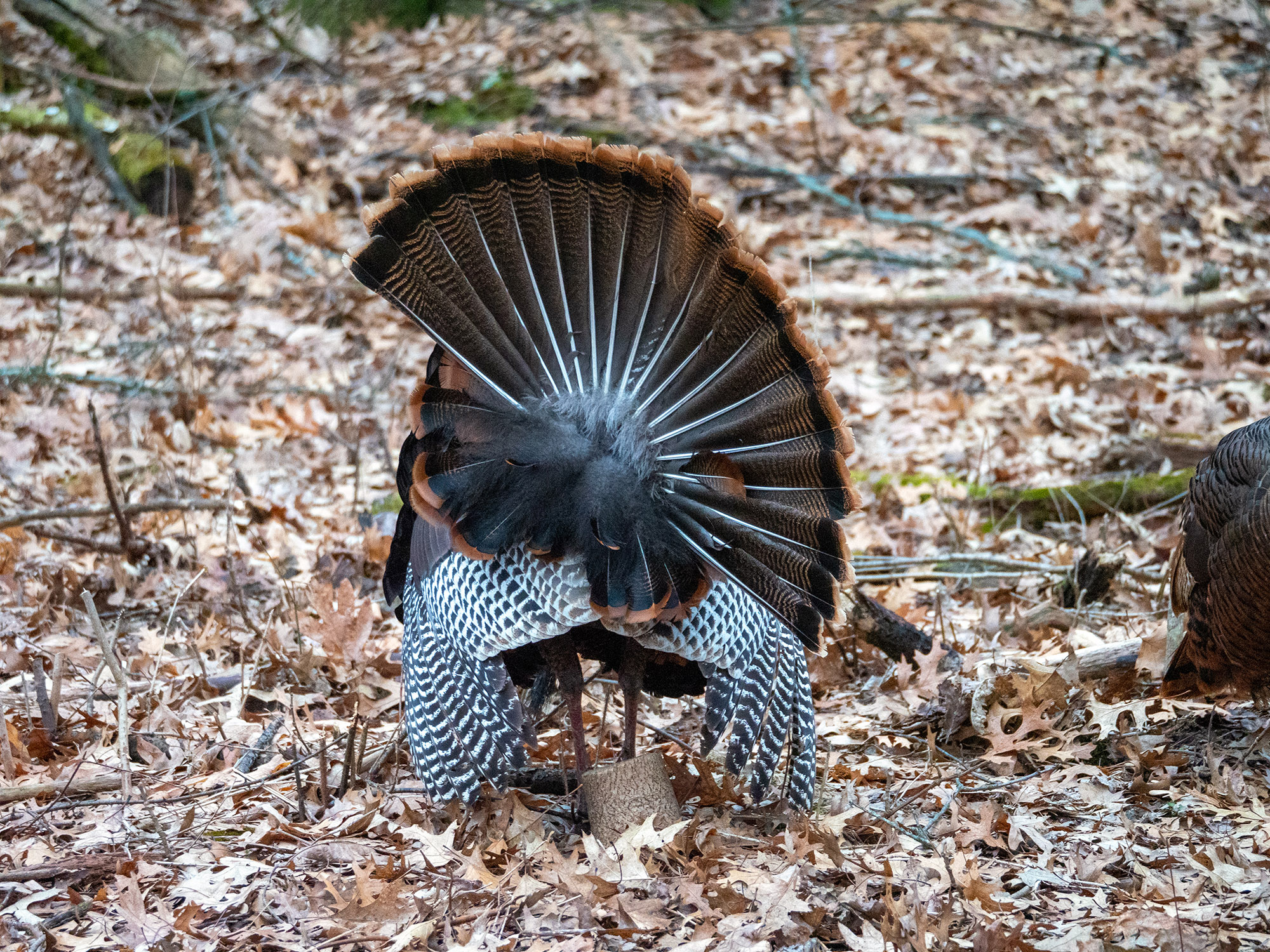 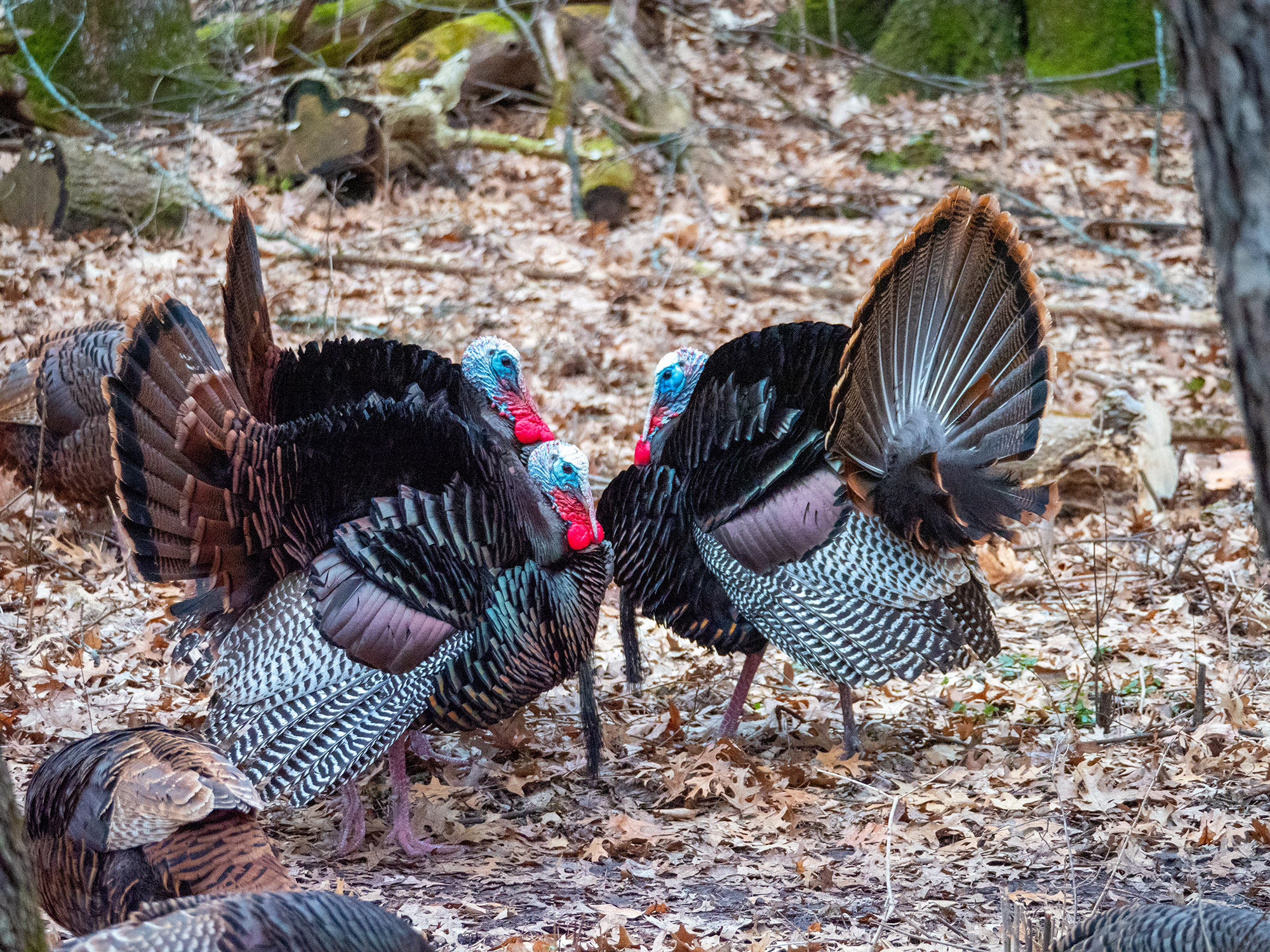 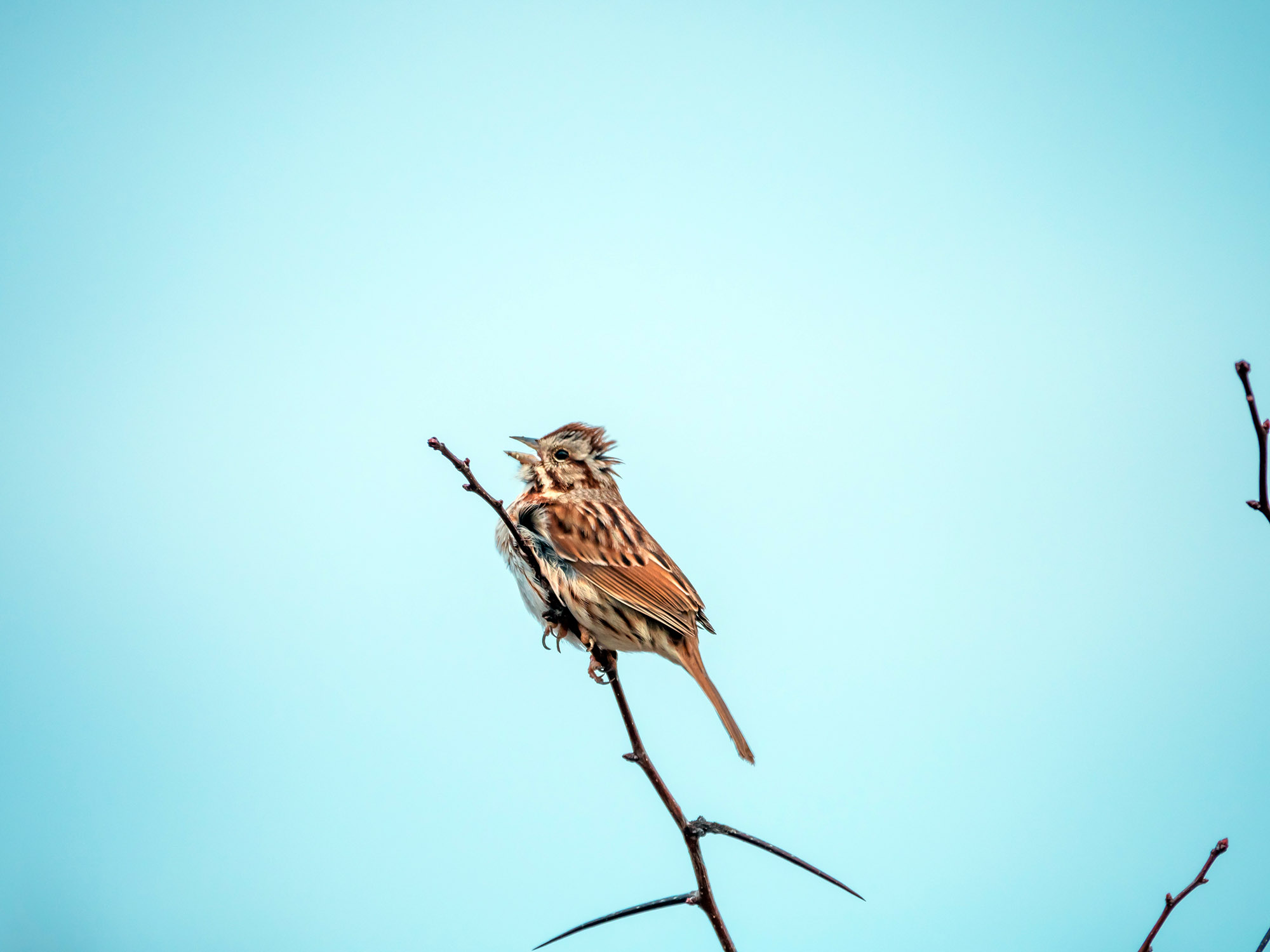 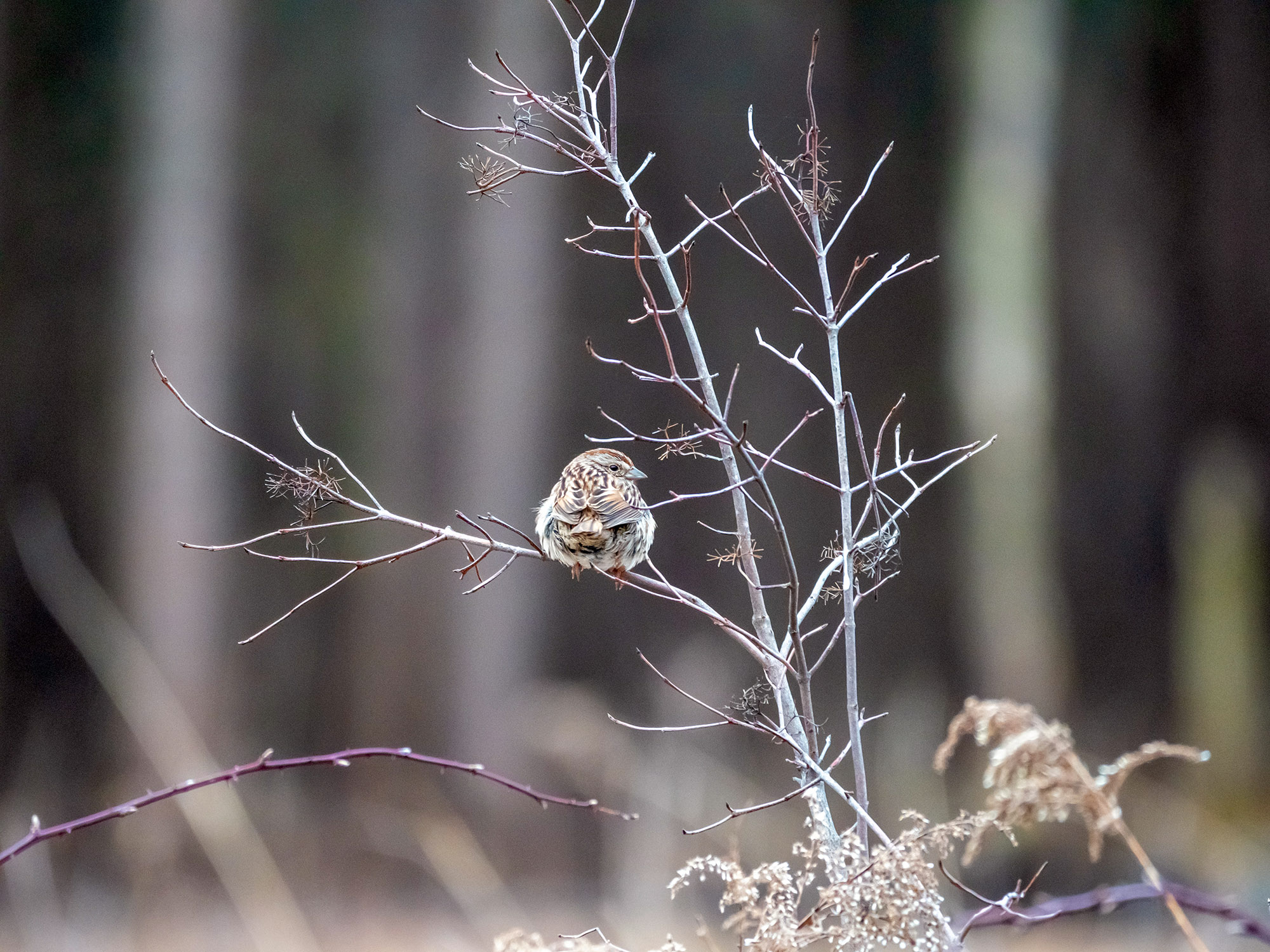 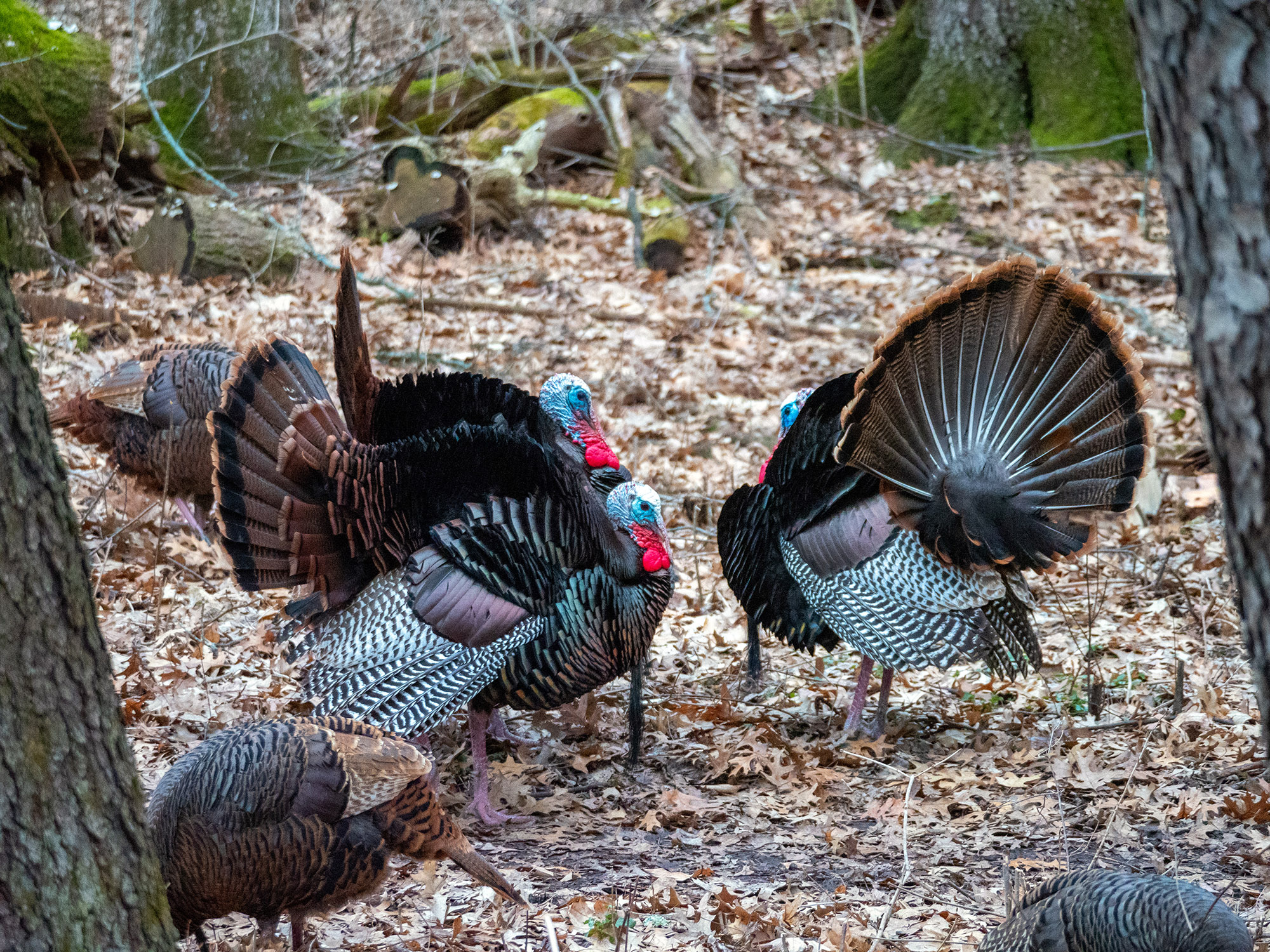 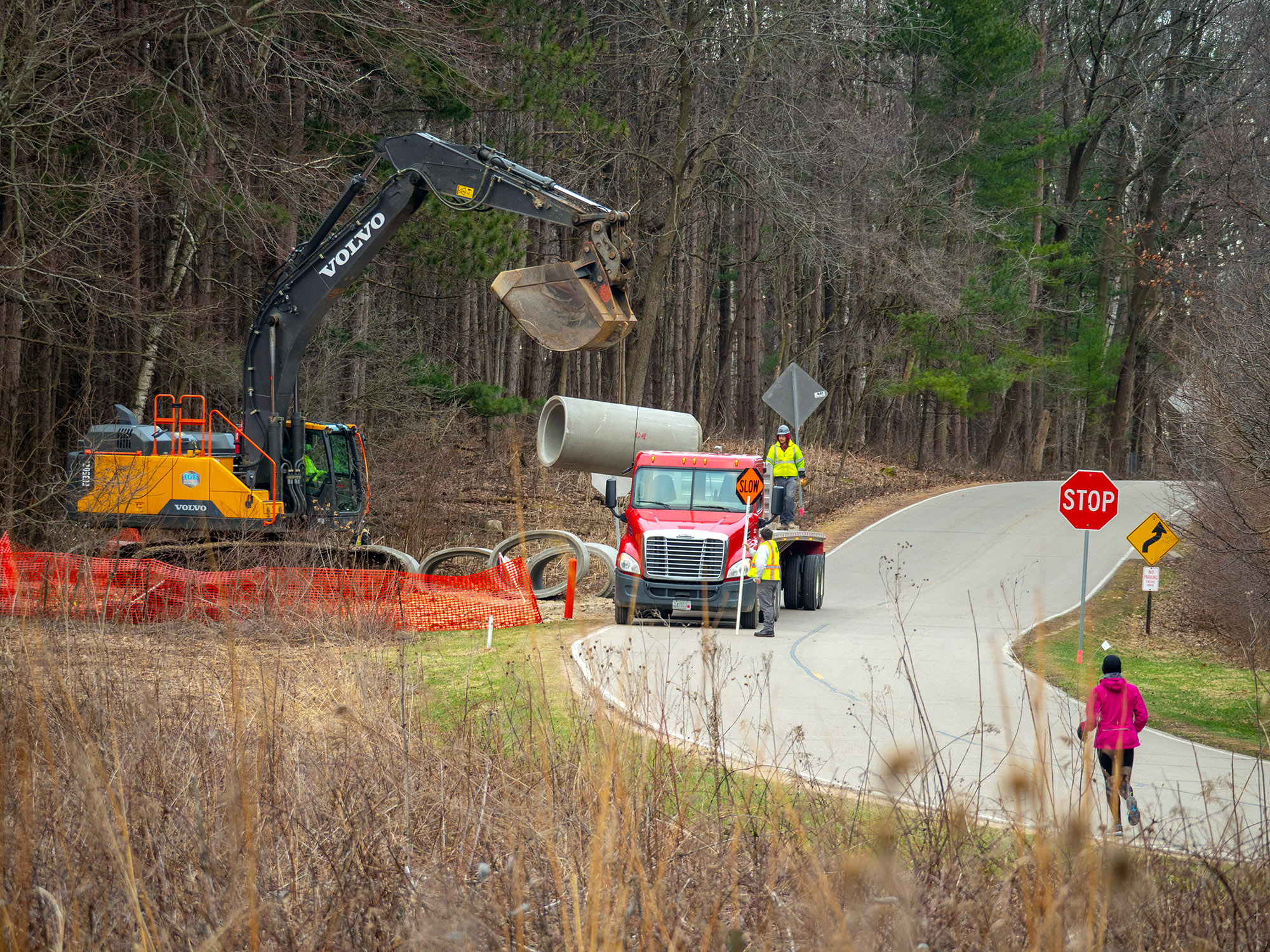 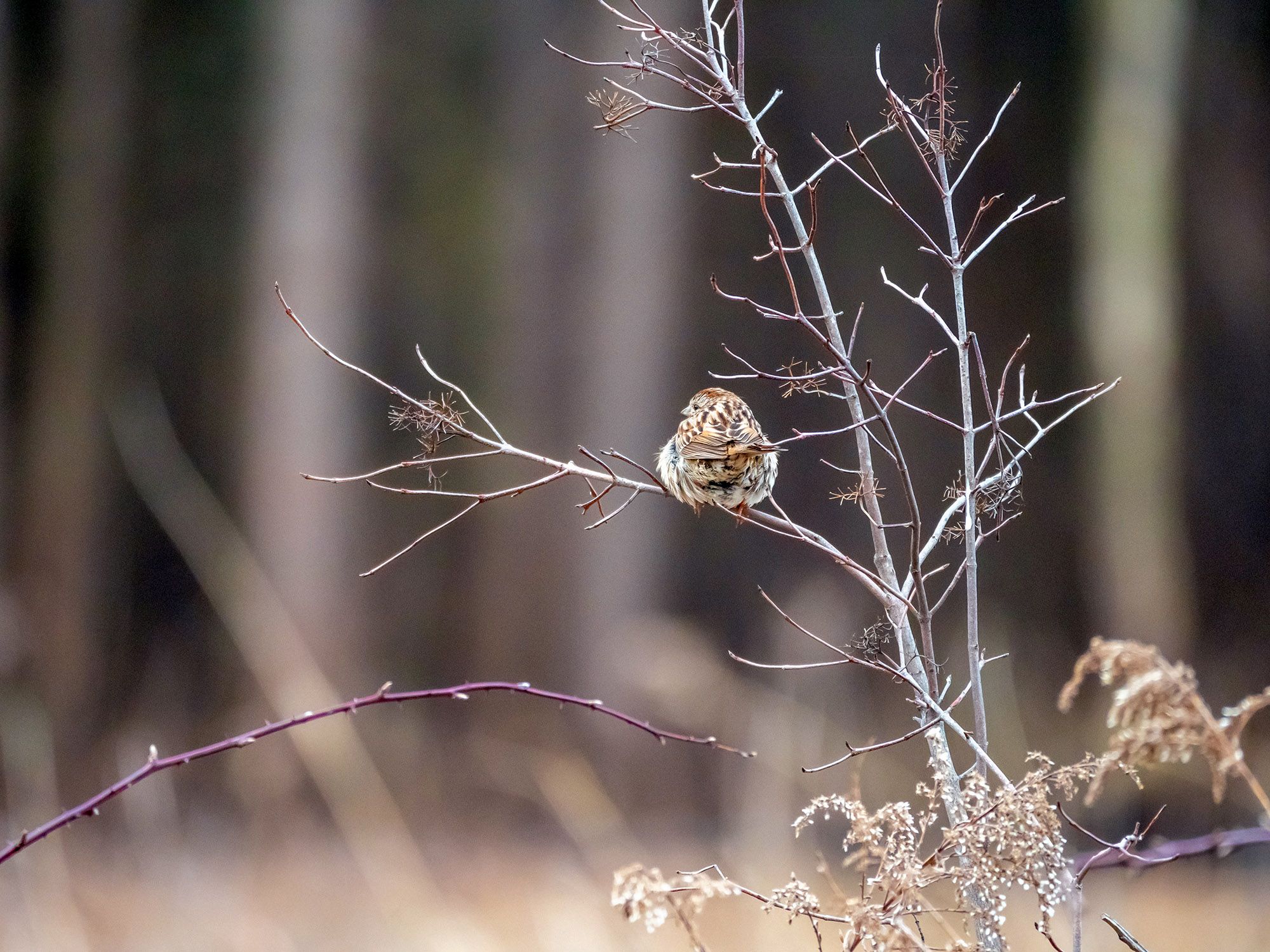 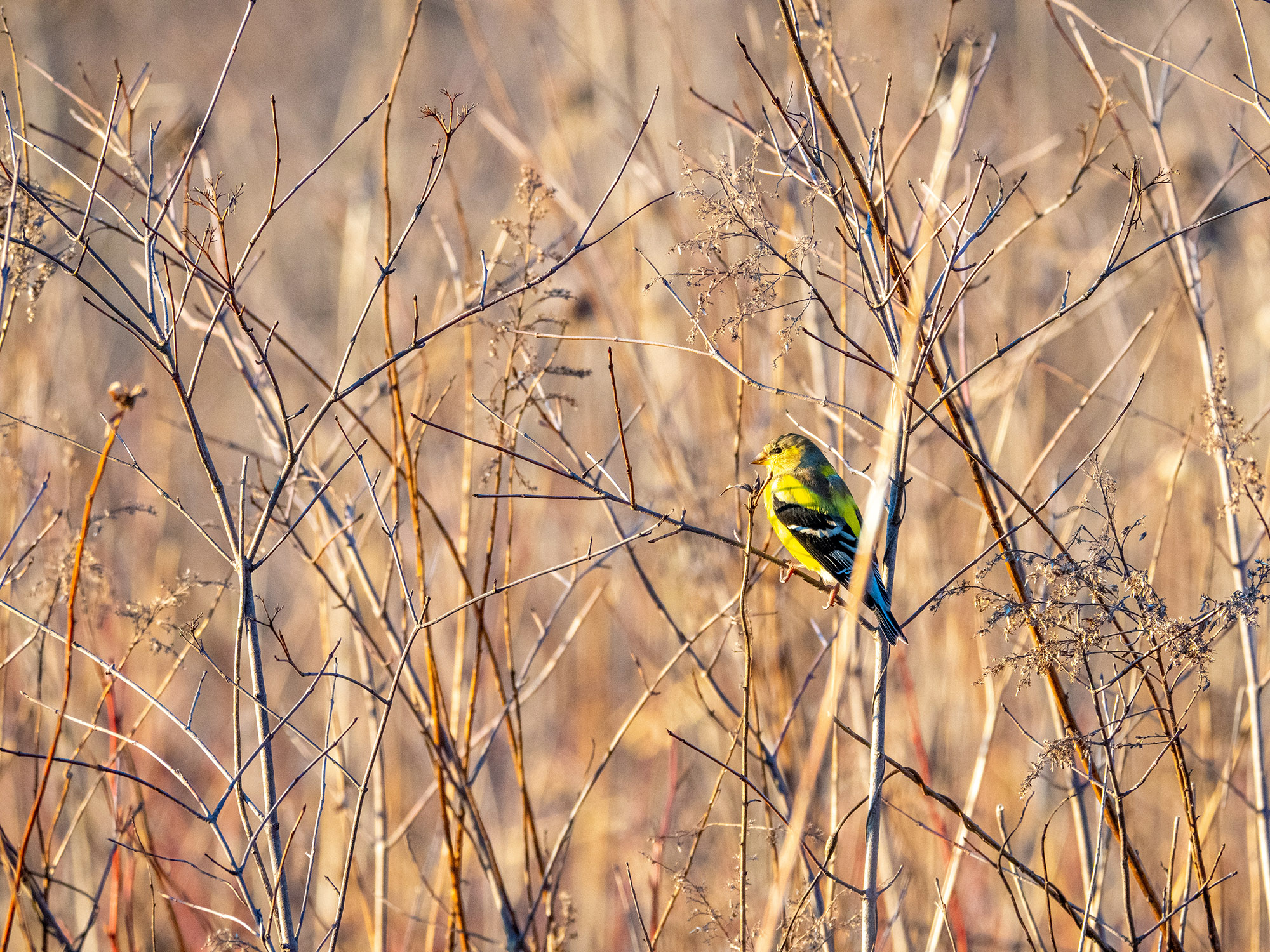 What about the features of a visit to a doctor that seemingly can’t be done at a distance, such as the physical exam? Today’s stethoscope is gradually being replaced—like everything else—by the smartphone.

The microphone can be used by patients to do remote self-examinations, using an algorithm to analyse the cough and get a sense of whether a person has pneumonia. A “smart” thermometer used in America has accurately detected flu outbreaks and preliminary data suggest it predicted a covid-19 outbreak in Florida by spotting a rise in users’ body temperatures at a time atypical for the flu.

A decade ago fitness-trackers merely counted steps; today they measure heart rates and the latest Apple Watch can generate an ECG similar to a single-lead electrocardiogram. Similarly, the use of an inexpensive plaster (or “Band-Aid”) with sensors that continuously capture heart rate, coughs, breathing rate and body temperature can be used for remote surveillance of patients who do not require admission to a hospital.

As we collect and share these data, clever processing and artificial intelligence enable new findings to improve health. At Scripps Research, we recently published a study of over 47,000 people that showed that data from smartwatches on a resting heart-rate (which typically increases before abnormal body temperature or fever) predicted the onset of flu-like illnesses in geographic clusters as well as, or better than, established means. We just launched a large smartwatch research study in America to determine whether the same can be achieved for predicting clusters of the covid-19 outbreak. That could help promote precision quarantines, better containment and eventually, if a treatment becomes available, its use at the earliest possible time.

Authorities arrested an elected opposition politician under a British colonial-era anti-sedition law after she shared a Facebook post containing personal information of a police officer who allegedly shot a journalist, as recriminations continue from the protests that swept the city for more than half a year.

Around 1 a.m. Thursday, Hong Kong police arrested Cheng Lai-king, a member of the Democratic Party who serves as chairwoman of her district’s local council. Police said Ms. Cheng had been arrested for “seditious…

Not since 1918 has the United States faced the kind of wide-scale public health crisis that Americans face today. The novel coronavirus pandemic of 2020 jeopardizes multiple millions of Americans’ lives, especially the elderly and immunocompromised. It also stands to cripple the American economy with the real prospect of the nation plunging into a depression. The virus itself is more easily transmitted than other seasonal diseases like the flu. Each non-isolated case of novel coronavirus will infect 2 to 2.5 additional people compared to the flu, where each additional case will infect 1.3 other people on average. Moreover, it is more deadly than the flu. As I write, nearly 85,000 Americans have been infected, and over 1,000 lives have been lost to the pandemic. These numbers will surely grow as the challenges to respond to the crisis mounts. Public health resources are strained, and the testing capacity of the United States lags behind other nations.

Public health experts and government officials face a stark choice: swift crackdowns on private movement or the possibility of mass mortality. To “flatten the curve,”i.e., slow the exponential growth of new infections and avoid overwhelming the healthcare system, governors and mayors have mandated social distancing and instituted stay-at-home orders. And while the pandemic has touched every state in the nation, certain states like New York, New Jersey, and Washington have acute outbreaks. In response, some governors have instituted de facto travel bans for short-term visitors. The governors in Alaska and Hawaii issued mandatory self-quarantine periods for all persons entering either state for 14 days. Travelers whose final destinations are Florida or Texas coming from New York, New Jersey, and Connecticut must quarantine for 14 days, as must persons traveling from New Orleans to Texas. Rhode Island has instituted a similar policy directed at New Yorkers, including police stops of non-commercial vehicles entering the state with New York license plates, that has come under fire from the state American Civil Liberties Union chapter.

We’ve seen chains struggle with the challenges the current crisis presents. Some stores are instituting policies limiting the numbers of shoppers allowed in at a time, creating long waits to enter. Perhaps even worse, other stores are not, leaving their shops a free-for-all without adequate social distancing measures. Staples like flour and yeast, to say nothing of hand sanitizer and toilet paper, are proving difficult to find on shelves. Supply chains are taxed. And the conditions faced by employees vary wildly by chain, with stores developing new (sometimes controversial) policies around sick leavefor the workers who have proved themselves essential, and often doing so on the fly.

San Antonio-based H-E-B has been a steady presence amid the crisis. The company began limiting the amounts of certain products customers were able to purchase in early March; extended its sick leave policy and implemented social distancing measures quickly; limited its hours to keep up with the needs of its stockers; added a coronavirus hotline for employees in need of assistance or information; and gave employees a $2 an hour raise on March 16, as those workers, many of whom are interacting with the public daily during this pandemic, began agitating for hazard pay.

This isn’t the first time H-E-B has done a good job of managing a disaster—it played an important role in helping the Gulf Coast recover from Hurricane Harvey in the immediate aftermath of the storm—which led us to ask: How did a regional supermarket chain develop systems that allow it to stay ahead of a crisis as big as this one? We spoke with nearly a dozen employees, executives, and customers to better understand—in their words—how H-E-B has taken on its unique role in shaping its business around the needs of Texans in the midst of trying circumstances.

The age-old race for leadership between East and West may have begun a new phase, as revealed by the response of each to COVID-19. East Asia was hit first, having neither warning nor knowledge of the threat. China, a large and relatively poor nation, was hit first – while in the midst of a flu epidemic (both have roughly similar symptoms). The epidemic quickly spread to its neighbors, and became an epidemic in South Korea. All successfully fought it off despite lacking any pharmaceutical tools – and in China, without the lavish supply of advanced medical equipment (e.g., ICU units with ventilators) taken for granted in the West.

They used the ancient tools of lavish testing (using both clinical methods and kits), contact tracing to identify who was exposed, quarantines for the sick and exposed, cordons sanitaire around areas with raging infections (to prevent spread). As the leaders of WHO have repeatedly said, China’s response was record-setting. Compare this timeline of China’s respsonse to COVID-19 with the CDC’s timeline of the US response to the 2009 H1N1 (swine flu) epidemic – remembering that the US has almost 4x China’s per capita income and spends 2x to 3x more of its GDP on health care than its peer nations. The Swine Flu epidemic emerged in the US and spread across the globe.

The West began vastly better prepared than China for an epidemic. The US was considered the best prepared in the world (see here). We had two months to prepare and the models of East Asia’s successful defenses. Yet we appear to be on track to suffer far more from it. After action analysis will determine why, but three things are now obvious.

First, we were arrogant. Asia was hit but we are great, without need to mobilize or even plan. The rest of the world used effective kits, but the CDC and FDA had to produce their own better kits.

Living in dispersion may not save you from contagion, but being away from people, driving around in your own car, and having neighbors you know, does have its advantages in times like these. Even the urban cognoscenti have figured this out—much as their Renaissance predecessors did during typhus and bubonic plague outbreaks, wealthy New Yorkers today are retreating to their country homes where they struggle with the locals over depleted supplies of essentials.

Back to the Dark Ages?

In classical times, plagues devastated Athens, Alexandria, Constantinople, and Rome. Along with barbarian invasions, they reduced the population of the Eternal City from 1.2 million at its height to barely 30,000 by the sixth century. Outside Europe, pandemics devastated cities such as Cairo, Canton, and Harbin. Following the conquest of the New World, the indigenous population suffered massive casualties from exposure to European diseases like smallpox.

Entrepreneur Elon Musk, President Donald Trump, and New York’s Governor Andrew Cuomo have each touted chloroquine, a drug used to treat malaria, as a promising treatment option for those infected with Covid-19. Some media quickly pounced on the president’s statement. The commissioner of the Food and Drug Administration, Stephen Hahn, quickly clarified that the agency had not in fact approved the drug as a safe and effective treatment for the new disease, shortly after the president claimed that the drug was “approved very, very quickly and it’s now approved by prescription.”

Chloroquine is in fact available for prescription in the United States. It’s already being tried as a treatment for the new virus in U.S. hospitals. And multiple manufacturers are rushing to produce more and get it to doctors.

The confusion over chloroquine—along with the broader performance of U.S. regulatory agencies during this epidemic—highlights how our federal process for reviewing and approving drugs and medical devices still leaves much to be desired. Our regulatory regime is costing lives. The early administrative failings of the FDA and Centers for Disease Control, which greatly worsened the crisis in the United States, show how ugly that can be.

Fang Fang is the pen name of Wang Fang, a Chinese writer based in Wuhan. Some of her works include the novel “Feng Jing” and “Wan Jian Chuan Xin” She was the chairman of the Hubei Writers Association and won numerous accolades for her writing. Now, she is one of the 11 million people under strict quarantine in the capital of Hubei province due to the recent deadly coronavirus. Since the first day of the city-wide lockdown, Fang started a journal detailing life under the quarantine, publishing it on the Chinese social media site-Weibo, but the sensitive content is quickly deleted.