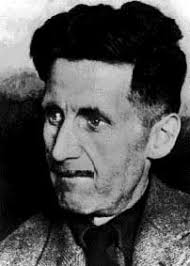 Lets the DOJ bring civil suits on behalf of copyright owners. (Link goes to
text of bill):
I especially enjoy the thought of the DOJ having a division that “(employs
and leverages) the expertise of technical experts in computer forensics;
(and) (F) collects and preserves) electronic data in a forensically sound
manner for use in court proceedings”. I wonder how far 2 million dollars
will get them in one year.
S. 2237 (Pirate Act)

Keith Winstein writes about his chat with MPAA’s Jack Valenti:

Valenti is an incredibly polished advocate for the movie studios. He has numerous legislative and regulatory successes to his name, and his stated commitment to honest debate (he spoke passionately several times about his commitment to the ?ideal of civic discourse? and his disgust at Washington, D.C.?s lack of it) is admirable.
But we don?t have a real debate on copyright issues. We have rival camps that rarely understand each other. Virtually everybody I know and encounter on the Internet thinks Valenti?s signal accomplishments are bad. He can claim credit for the anticircumvention provisions of the Digital Millennium Copyright Act, which make it illegal to build your own DVD player and well-nigh impossible to watch DVDs legally under the GNU/Linux operating system, as well as the Federal Communication Commission?s Broadcast Flag, which will make it illegal or virtually impossible to build your own digital television receiver or, again, watch HDTV under Linux.

Schumann is preparing an advisory referendum for the November ballot asking residents in the Town of Hartford if they are willing to pay higher property taxes to fund such purchases of development rights.
The goal is for the land to remain undeveloped.
“I think we have very strong support,” said Schumann, founder and president of the community’s newly organized Town Preservation Committee. “Keeping the style of life we have, preserving farmland and green space, is very near and dear to people’s hearts.”

Those who?ve experienced online education say good things are in store when the Northeastern Wisconsin Online Charter School opens in the fall.
But students enrolling in the Web-based courses shouldn?t expect a light load. The work is demanding, said Sara Dennison, 17, a Gibraltar High School junior who took an oceanography class online last semester.
?You have to be very driven to want to do the class,? Dennison said. ?You really have to stay focused on your own time and be very self-directed to finish it. ? You really have to put the effort in and want to learn it.?

Every fifth- and sixth-grader at Johnson Elementary will receive a $1,350 IBM ThinkPad computer loaded with digital versions of state-approved textbooks and 2,000 works of literature. If the experiment works, the program will be expanded to other grades.
In Henrico County, Va., where schools give laptops to all high schoolers, Apple Computer Inc. replaced pop-out CD-ROM trays with slides on its iBook laptops when students kept breaking off the trays after forgetting to close them.
“They get heavy use, and occasionally they drop them,” said Cathy Fisher, Henrico’s director of high school education. Still, she said breakage, as well as thefts, are rare.
The Henrico school board will decide next year whether to renew the deal with Apple, which cost the school district $18.5 million over four years. Fisher said the district can’t prove that computers raise test scores, but she said they make learning more interesting.
Smith, whose program serves up to 150 students, doesn’t know what he’ll do after the experiment with textbook-loaded laptops next year. It all depends on the price, he said.

Osama, the first film to come out of Afghanistan since the fall of the Taliban, is about a 12-year-old girl who must shave her head and dress like a boy so she can work to support her widowed mother and grandmother. It is not about Osama bin Laden; “Osama” is the boy’s name the girl adopts.
I am sent a newsletter from a women’s rights group in Pakistan, which lists items from Pakistani newspapers. The following is a recent selection (I checked the items on the newspapers’ websites):
Lahore: A girl, Kauser, 17, was strangled by her elder brother because she had married of her own will. She returned home and asked her family to forgive her but her brother strangled her with a piece of cloth. – The Daily Times.
Ghotki district: Two women were killed over Karo-Kari (honour killing). One Nihar Jatoi tied his wife to a bed and electrocuted her. One Bachal axed his wife Salma to death and fled. No arrests were reported. – The News.
Sargodha: A woman is in hospital after having both legs amputated because of severe injuries inflicted by her brother-in-law and mother-in-law, who clubbed her for her alleged illicit affairs. The woman, who was fighting for life, said the real reason was that her brother-in-law was trying to force her to arrange his marriage to her younger sister, but her sister had instead eloped with her paramour. – Dawn.
What chance of this woman becoming an international symbol, as has the boy who so tragically lost his arms during the invasion of Iraq?
Why is international public opinion not outraged at the treatment of women in Islamic fundamentalist societies? Why is it easier for millions of people around the world to see America as the great evil, rather than the countries in which governments ignore such horrific abuses of women?

Its name remains unchanged: Elm Creative Arts Elementary School. Young students still walk the halls, with violins and saxophones swinging at their sides.
At first glance, it looks very much the art school its name reflects. Colorful papier-mache and art projects of all kinds decorate the hallway walls and dangle from the ceilings.
But ask the principal and parents what’s going on here, and the story is anything but joyous. Some parents cry as they talk about it.
Students at this specialty art school on Walnut St. risk losing their art teachers. Budgetary woes have already claimed three art specialists in the last few years. The remaining four are in jeopardy.

Interestingly, she includes some other viewpoints on school spending:
Rep. Luther Olsen (R-Berlin): “Look at the amount of money spent per student. “Wisconsin is number eight in the country. . . . The answer is not dumping more money in because we don’t have the money.”
Mike Birkley, of the lobbying group Wisconsin Property Taxpayers Inc.: “Our tests scores are going up. Our SAT scores continue to be among the highest in the nation. Our dropout rates are down. The quality of education has not suffered.”

Without a fully active role in community life you cannot develop into a complete human being. Aristotle taught that. Surely he was right; look around you or look in the mirror: that is the demonstration.
“School” is an essential support system for a vision of social engineering that condemns most people to be subordinate stones in a pyramid that narrows to a control point as it ascends. “School” is an artifice which makes such a pyramidal social order seem inevitable (although such a premise is a fundamental betrayal of the American Revolution). In colonial days and through the period of the early Republic we had no schools to speak of. And yet the promise of democracy was beginning to be realized. We turned our backs on this promise by bringing to life the ancient dream of Egypt: compulsory training in subordination for everybody. Compulsory schooling was the secret Plato reluctantly transmitted in the Republic when he laid down the plans for total state control of human life.
The current debate about whether we should have a national curriculum is phony; we already have one, locked up in the six lessons I’ve told you about and a few more I’ve spared you. This curriculum produces moral and intellectual paralysis, and no curriculum of content will be sufficient to reverse its bad effects. What is under discussion is a great irrelevancy.
None of this is inevitable, you know. None of it is impregnable to change. We do have a choice in how we bring up young people; there is no right way. There is no “international competition” that compels our existence, difficult as it is to even think about in the face of a constant media barrage of myth to the contrary. In every important material respect our nation is self-sufficient. If we gained a non-material philosophy that found meaning where it is genuinely located — in families, friends, the passage of seasons, in nature, in simple ceremonies and rituals, in curiosity, generosity, compassion, and service to others, in a decent independence and privacy — then we would be truly self-sufficient.