According to Gouzd, Republican senator Shelley Moore Capito has ignored pleas to work with Biden officials to save the plant, and Democrat Joe Manchin, whose daughter served as Mylan’s chief executive until she retired in 2020, has also ignored their requests to get involved and help.

Covid-19 has shown the glaring weaknesses of the world’s premier public health agency — and just how much work it would take to reform it.

The Lazarus heist: How North Korea almost pulled off a billion-dollar hack

It might surprise you, we have more software development engineers today within Deere than we have mechanical design engineers.

A very brief history of every Google messaging app

Instructions Show How Cops Use GrayKey to Brute Force iPhones

The Robber Barons of Beijing: Can China Survive Its Gilded Age?

The distance to freedom for five fugitive protesters from Hong Kong: hundreds of miles across the South China Sea in an inflatable speedboat

So, You Want to Build a House More Efficiently?

He Inherited A Devastating Disease. A CRISPR Gene-Editing Breakthrough Stopped It

The equipment used to capture a scene, or the “decisive moment” continues to evolve.

Some old, some new. Some rehashing the past.

Just a few years ago, while attending an event, a young lady offered a Polaroid style instant print of Nancy and I (Fuji, naturally).

For me, perhaps due to the “curse of knowledge”, I prefer the right equipment at the right time. That’s not always so simple, particularly when a long – often heavy – lens might prove useful, if not essential. Or, a sharp, fixed focal length lens, left at home when I decided to minimize the on the go bag.

Further, interesting scenes may avail themselves during extreme light conditions. [1] 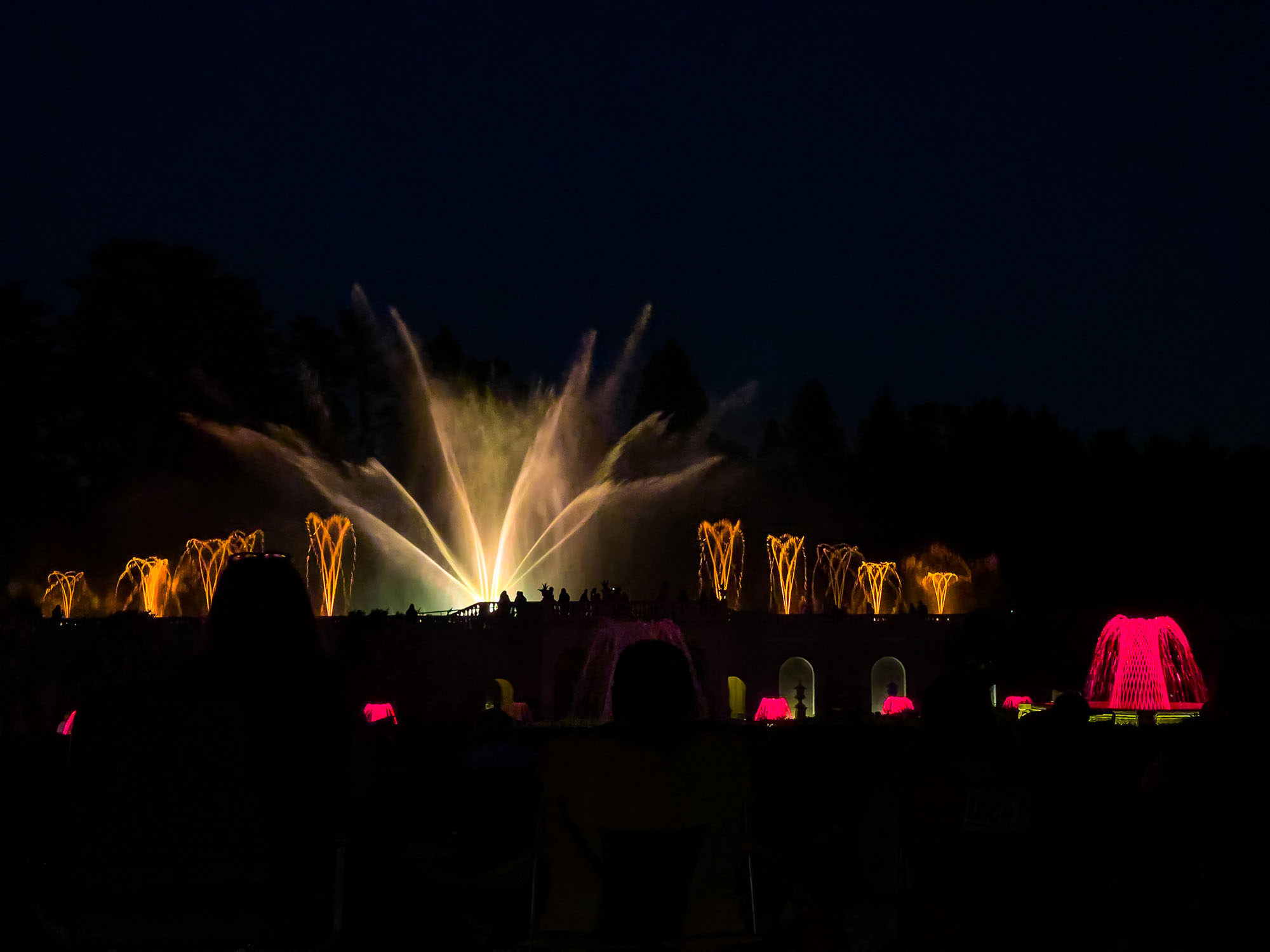 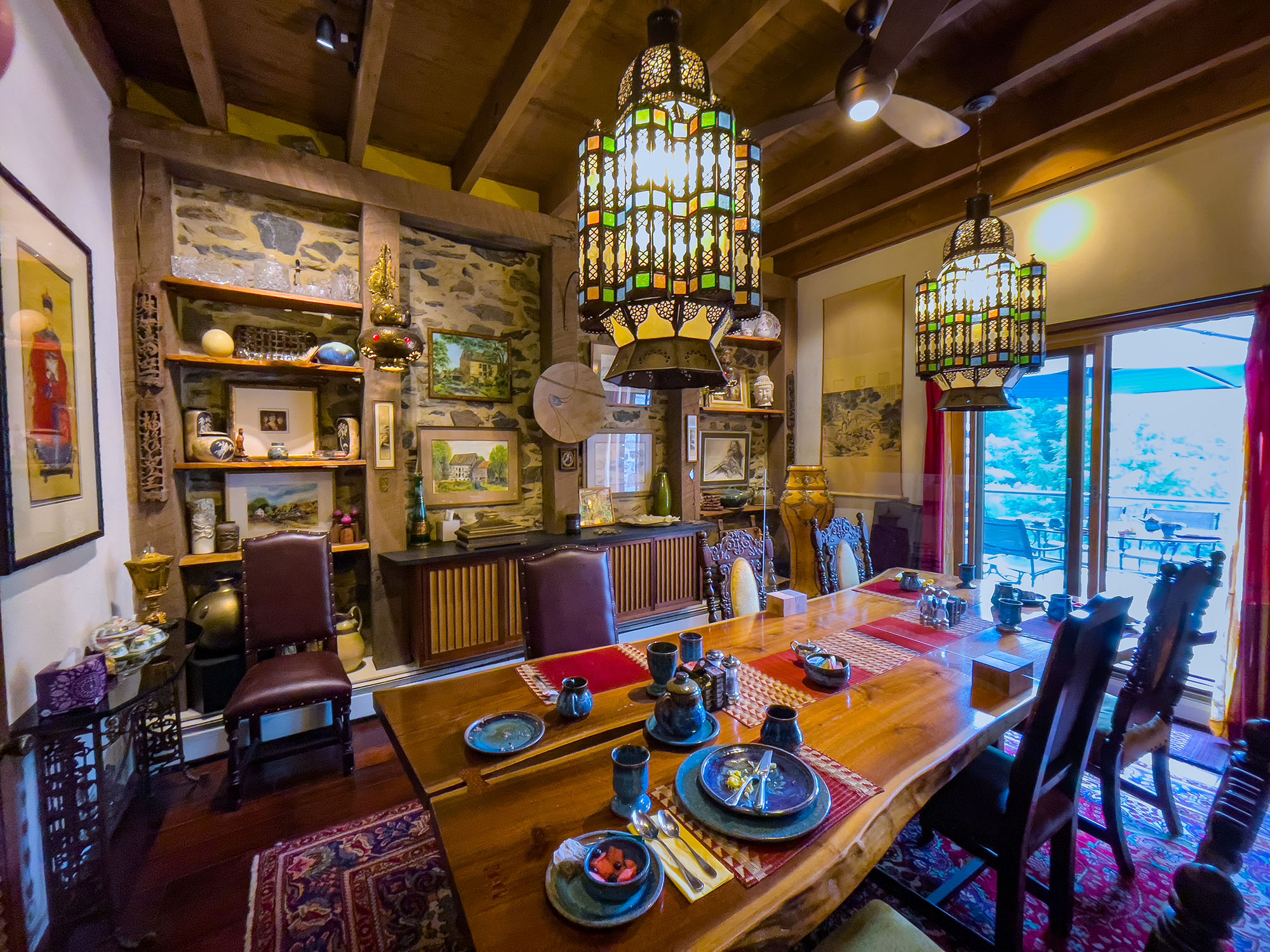 Finally, Om has posted a few smartphone notes, illustrating their powerful, in your pocket capabilities. [3]

1. Pentacost: The Holy Spirit, Peace & Multimedia Doves captured with an impressive mirrorless “full frame” camera. I was astonished at the low light capabilities.

Technically, there should be a clear migration path for people who like to take photos: mobile device users discover limitations of their small camera(s), and want to move up (preferably to something compatible with their workflow). They buy a dedicated camera, but eventually outgrow that and want something even more sophisticated. This creates a wide pyramid of customers, with the bottom (and by far biggest area) being mobile device users, the top (smallest area) being the high-end ILC users, and a largish area in between that doesn’t necessarily have to be all ILC.

This is an impressive look at the @SebastianThrun Larry Page aircraft @kittyhawkcorp -vertical takeoff, 1/2 the energy use of a Tesla, 35 decibels cruising, 100 mile range at 180 mph.

Lisbon has shared dissident info with repressive regimes for years. Municipal authorities forwarded the names and addresses of activists to the Chinese, Venezuelan and Angolan embassies.

Welcome to the first annual State of Independence report, where we gather insights on how independents are redefining the future of work.

What We Learned Doing Fast Grants

Step 5: Dinamo built a custom type tool for symphony designers. The plug-in, built for Illustrator, expedites the design process through pre-set recommendations, such as the curve library, to help internal teams quickly compose within a sophisticated system. As an added bonus, Dinamo included a “randomize” button as its gift of engineered surprise. “It’s fully random but restricted,” says Breyer. “For instance, it ensures that the aesthetic steps are still quite distinctive in the letter forms.” This feature became a great starting point for designers — revealing previously unseen rhythms in a word, at random.

As a reporter who has spent a decade revealing hundreds of serious safety breaches at U.S. biological research labs, it has always seemed obvious to investigate whether the Wuhan Institute of Virology, a major coronavirus research center, possibly played a role given that the initial outbreak happened in the same city.

Yet for more than a year, those who publicly raised such questions were too often deemed a crackpot conspiracy theorist or a simpleton who just didn’t understand science.

It has only been in recent weeks that a growing list of high-profile scientists, intelligence officials and politicians – including President Joe Biden – have publicly acknowledged the plausibility of a lab accident and pushed for rigorous investigation.

No, millennials don’t have it worse than previous generations

Jared Diamond’s Guns, Germs and Steel2 made a simple case for this: When there’s a combination of resources and competition, civilizations develop much faster.

‘The surest way to work up a crusade in favor of some good cause is to promise people they will have a chance of maltreating someone. To be able to destroy with good conscience — this is the height of psychological luxury, the most delicious of moral treats.’ – Aldous Huxley

Your medical records are about to be given away. As GPs, we’re fighting back

The Covid-19 pathogen has a genetic footprint that has never been observed in a natural coronavirus.

For all the bellyaching that goes on throughout the country about out-of-touch bureaucrats, corrupt and unresponsive government, and how much everyone hates Washington, these visible signs of our increasingly intrusive and overbearing government did not fall out of the sky upon an unsuspecting public. The Deep State, along with its headquarters in Washington, is not a negation of the American people’s character. It is an intensification of tendencies inherent in any aggregation of human beings. If the American people did not voluntarily give informed consent to the web of unaccountable influence that radiates from Washington and permeates the country, then their passive acquiescence, aided by false appeals to patriotism and occasional doses of fear, surely played a role.

Farmers Deserve the Right to Repair Their Tractors

What happens when journalists don’t have any friends in finance to challenge their thinking?

To Protect Against Weaponized Drones, We Must Understand Their Key Strengths

Boom – is it all just noise?

Facebook asked Pink Floyd’s Roger Waters for “Another Brick in the Wall II” to promote Instagram. He told Zuckerberg…

After escaping from prison several times in the early 19th century, Eugène-François Vidocq turned himself in — and went on to revolutionize policing.

The possibility of a science in which all the world is thought of computationally casts the study of computers in an important new light. As its practitioners are fond of saying, computer science is not about computers, any more than astronomy is about telescopes, or biology about microscopes. These devices are tools for observing worlds otherwise inaccessible. The computer is a tool for exploring the world of complex processes, whether they involve cells, stars, or the human mind.

A new antitrust case shows that Prime inflates prices across the board, using the false promise of ‘free shipping’ that is anything but free.

The Next Gatekeepers of the Automotive Industry

The most startling aspect, to me, about the modern institutional media is its hyperconformity.

Rear Admiral Harry E. Yarnell of the U.S. Navy had exposed a serious weakness in their defenses and won the simulated attack. And he had done it by going against the prevailing views of military leaders across the U.S. — he believed that in the future, a country’s navy would be successful only if its air capabilities matched its seagoing strength.

Not a shred of doubt: Sweden was right

Why are enterprise systems so terrible?

Looking at the chronology of the dispute, it is apparent that the moment China truly escalated matters was when Canberra demanded an independent inquiry into the origins of Covid-19. Scott Morrison, the Australian prime minister, even called for international experts to be given “weapons inspector-style powers” in conducting their probe. China’s ambassador to Canberra responded by warning that this perceived insult might trigger a boycott of Australian produce by Chinese consumers. Within months, the Chinese government itself had taken the initiative by imposing tariffs.

A grow­ing fight is un­fold­ing across the U.S. as cities con­sider phas­ing out nat­ural gas for home cook­ing and heat­ing, cit­ing con­cerns about cli­mate change, and states push back against these bans.

Why Working From Home Will Stick

Thanks to Facebook and its clampdown on any discussion of the theory that Covid-19 might have been ‘manufactured’ or might have leaked from a lab in Wuhan, people in America, Britain, France and across the globe were subjected to Chinese-style silencing. They were essentially banned from saying things that might embarrass the Chinese Communist Party. The supposedly woke, chilled overlords of the World Wide Web helped to globalise the CCP’s repression of free thought and open debate.

Of course, the Indian paper was quickly withdrawn by its authors, and the notion that COVID-19 could have been man-made was rendered radioactive – for a while.

The statement struck Demaneuf as “totally nonscientific.” To him, it seemed to contain no evidence or information. And so he decided to begin his own inquiry in a “proper” way, with no idea of what he would find. “found that conflicts of interest, stemming in part from large government grants supporting controversial virology research, hampered the U.S. investigation into COVID-19’s origin at every step”; “It tackled a fundamental question: How did a novel bat coronavirus get to a major metropolis of 11 million people in central China, in the dead of winter when most bats were hibernating, and turn a market where bats weren’t sold into the epicenter of an outbreak?” In addition, many leading experts had either received or approved funding for gain-of-function research. Their “conflicted” status, said Pottinger, “played a profound role in muddying the waters and contaminating the shot at having an impartial inquiry.” “The sums at stake allow it to “purchase a lot of omertà” from the labs it supports, said Richard Ebright of Rutgers. (In response to detailed questions, an EcoHealth Alliance spokesperson said on behalf of the organization and Daszak, “We have no comment.”)

The nub of the media criticism is, in my view, justified. Last April, I wrote, responding to Rogin’s reporting, that the press should “isolate legitimate questions” from conspiratorial noise “and try and report out the answers”; numerous journalists took this approach to the lab-leak theory, but many others did indeed dismiss it as an illegitimate line of inquiry.

Hate it when I accidentally develop and deploy a geofenced targeted censorship feature on the anniversary of the censored event, due to human error