A useful idea, from a bookstore south of the Mason Dixon line. I’d substitute “book, or perhaps ebook” for “paper”.


My trip was significantly less copacetic – due to “fog” (read: noxious pollution) at Pudong no planes were landing. Our evening flight was cancelled, and the the next day’s flight delayed three or four hours. We ended up circling in Shanghai, landing in Hangzhou first, deplaning, and only later flying back to Shanghai. Total trip time: 23 hours.

I observed in my flight mates a similar kind of resignation that you saw – but I don’t think it is due to any sort of calmness. Instead I saw a powerlessness in front of authority. Again and again people on the plane turned to me and asked me to call my embassy – saying “they will pay attention to you. But they don’t care about us Chinese”. One passenger (shanghainese) demanded that they hurry us to Shanghai because we had so many foreigners on the plane, and it was a major loss of face for China. The awareness and sensitivity to the poor treatment of local travelers reached a fever pitch when the biscuits and water came to us as we cooled our heels in Hangzhou. One passenger erupted in fury “Where did that Japanese tour group go? Have you given them better food? Have you given them *noodles*? How dare you!”

(The gate attendant’s response is a topic for a whole other post. She, a young and pretty woman with trendy heavy glasses and a bejeweled mobile phone, turned to the angry passenger and said “of course we haven’t given the Japanese noodles! We will never forget the Nanjing Massacre!”….)


When a West German photographer set off on a trip to the East German island of Rügen just after the Wall fell in the spring of 1990, he captured a world that would soon disappear forever. Twenty years after the epochal event, he looks back on his journey in a first-person account.

I remembered the painting from art class in school: The Chalk Cliffs on Rügen, by Caspar David Friedrich. It seemed legendary to me. On the one hand, I was fascinated by the colors, the pinks, the grays, the greens, and the shimmering blue of the water contrasting with the luminous white chalkstone. On the other hand, I was convinced that although I could always see the painting, I would never be able to contemplate the same scenery in reality. I wondered whether the landscape on the island of Rügen truly resembled the painting. It was a mystery to me.


This page describes the MPG illusion and provides tools for converting miles per gallon (MPG) to gallons of gas consumed over different driving distances. It is periodically updated with new content. A brief summary of the problems with MPG and benefits of GPM can be found here and here.


An Indian mother is set for an entry into the Guinness World Records after eating 51 of the world’s hottest chilli in two minutes.

Anandita Dutta Tamuly, 26, gobbled up the “ghost chillis” in front of visiting British chef Gordon Ramsay in the north-eastern state of Assam.

Ms Tamuly told Associated Press she “felt terrible” – because she had managed 60 in an earlier local event.

Mr Ramsay tried a chilli but said “it’s too much” and pleaded for water.
He is in Assam for a television shoot of a global food series. 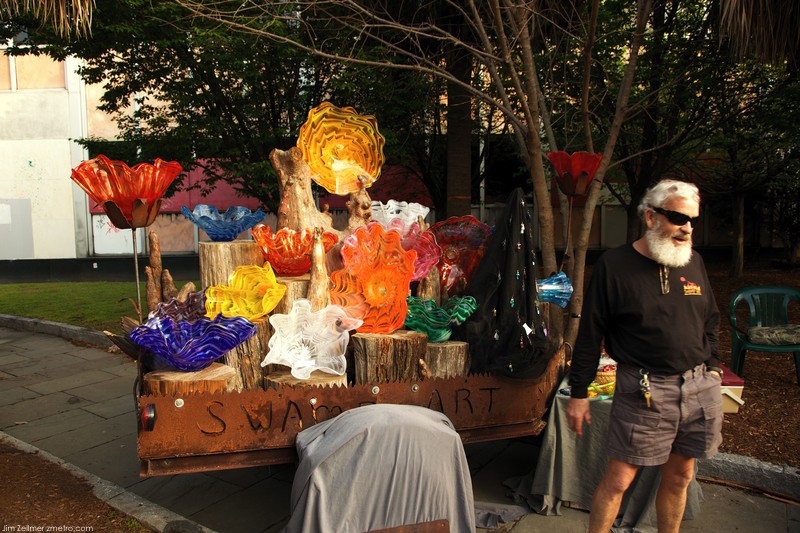 
San Francisco’s food scene is probably the most vibrant in the Americas. Whether they’re starting trends or perfecting them, Bay Area chefs have long been among the world’s most creative. But amidst all the innovation, there has been one faithful and beloved constant on the city’s many tables: sourdough bread.

It’s hard to find someone who doesn’t like sourdough, but even rarer are people who know what makes it so distinctive. It’s often thought to be a flavouring, or perhaps a baking technique, something pioneered in Gold Rush-era San Francisco. In fact, sourdough is simply bread in which the rise comes not from a package of shop-bought yeast, but from wild yeast that is in the air everywhere.


As the original leavened bread – all bread was “sourdough” until Louis Pasteur’s germ theory led to packaged yeast – sourdough has a long and storied past. But as a let-them-eat-cake epoch gives way to home pleasures and the local food movement, sourdough is equally suited to our own times. Classic, inexpensive and uniquely local, sourdough is as fascinating to kids and novices as it is to practiced bakers and mad scientists of all ages.


Sourdough is an ancient art, but with just two ingredients its simplicity is as remarkable as its heritage. Flour and water are mixed and left to stand on a windowsill or kitchen counter. In a matter of days wild yeast take over and the mixture begins to froth and bubble with life. If you’ve ever wondered at the origins of this or that cooking method – “who on Earth thought to try this?” – sourdough is that rare thing, a miraculous culinary phenomenon that won’t give you that feeling. With yeast naturally in the air, it’s easy to imagine how an afternoon’s forgetfulness in ancient Egypt led to the invention of leavened bread.


Nearly 40 years ago, as a recent college graduate, I made a painful discovery: I couldn’t figure out how to do my own federal income-tax return.

That was embarrassing, and it made me wonder what other Americans do. So I wrote my first major tax story: I asked five different tax-preparation services in the Atlanta area to prepare returns for a family of four with fairly typical finances. The results: At one extreme, a tax expert said the family was entitled to a federal income-tax refund of $652.04. But another said the family owed $141 — a difference of $793.04.

That experience made me feel somewhat less dumb, but the article didn’t have much impact: Since then, our tax system has evolved from a mess to a nightmare. The pace of change has accelerated in recent decades as lawmakers increasingly have tried to use tax laws to reward or punish conduct. The number of pages in the CCH Standard Federal Tax Reporter, which records tax law, regulations and related material, has soared to 70,320 from 26,300 in 1984.

More than 60% of all individual returns are signed by professional preparers, up from 46% in the mid-1980s. Joel Slemrod, an economics professor at the University of Michigan, estimates that the time and money individuals spend on tax compliance now comes to about $90 billion a year.