“To trace something unknown back to something known is alleviating, soothing, gratifying and gives moreover a feeling of power. Danger, disquiet, anxiety attend the unknown – the first instinct is to eliminate these distressing states. First principle: any explanation is better than none… The cause-creating drive is thus conditioned and excited by the feeling of fear…” Friedrich Nietzsche

“Any explanation is better than none.” And the simpler, it seems in the investment game, the better. “The markets went up because oil went down,” we are told, except when it went up there was another reason for the movement of the markets. We all intuitively know that things are far more complicated than that. But as Nietzsche noted, dealing with the unknown can be disturbing, so we look for the simple explanation.

“Ah,” we tell ourselves, “I know why that happened.” With an explanation firmly in hand, we now feel we know something. And the behavioral psychologists note that this state actually releases chemicals in our brains that make us feel good. We become literally addicted to the simple explanation. The fact that what we “know” (the explanation for the unknowable) is irrelevant or even wrong is not important to the chemical release. And thus we look for reasons.

How does an event like a problem in Greece (or elsewhere) affect you, gentle reader? And I mean, affect you down where the rubber hits your road. Not some formula or theory about the velocity of money or the effect of taxes on GDP. That is the question I was posed this week. “I want to understand why you think this is so important,” said a friend of Tiffani. So that is what I will attempt to answer in this week’s missive, as I write a letter to my kids trying to explain the nearly inexplicable.

Seymour Abrahamson spoke at a recent meeting of the Madison Literary Club.

China’s insomniac twitterati were on fire this afternoon U.S. time, powered no doubt by much caffeine and sugar in the the wee hours of the morning in China. Half an hour before Google’s David Drummond posted his announcement that Google.cn is now effectively operating from Google.com.hk, Guangzhou-based open source programmer @LEMONed broke the news that google.cn was being redirected to the Hong Kong service. Reacting to the news, @wentommy quipped: “One Google, One World; One China, No Google.”

As of now (still early morning in Beijing), Google.com.hk is accessible from mainland China although specific search results for sensitive terms result in a browser error – or in other words, are blocked. Same as it’s always been for sensitive searches on Google.com from inside mainland China. This is network filtering and would happen automatically as part of the “great firewall” Internet filtering system.

The ball is now in the Chinese government’s court in two ways:

1) Whether they will block all of google.com.hk, which until now has not been blocked. If they are smart they will just leave the situation as is and stop drawing media attention to their censorship practices. The longer this high profile fracas goes on, the greater Chinese Internet users awareness will be about the lengths to which their government goes to blinker their knowledge of the world. That may inspire more people to start learning how to use circumvention tools for getting around the censorship. Chinese censorship is only effective if a large percentage of the population isn’t very conscious of what they’re missing. As I like to explain it: if you’re born with tunnel vision you assume it’s normal until somehow you’re made aware that life without tunnel vision is both possible and much better. The longer this story remains in the headlines, the more people will become conscious of their tunnel vision and think about ways to eliminate it.

A taxi pulled up to Apple’s Fifth Avenue store one recent morning, and while the meter was running a pair of tourists dashed out to have their photos taken near the entrance, a glass cube of such incorporeal lightness that it seems in danger of floating away.


Had those architectural pilgrims arrived a minute later, they might have noticed a 70-ish man in a rumpled blue blazer struggling to balance an overpacked briefcase on a rolling suitcase. He was hatless, coatless, and tieless, and his shirt pocket was weighed down by a fistful of fine Japanese pencils.


It was the prizewinning Pennsylvania architect Peter Bohlin, stopping by to kick the tires on his little creation, which he first sketched for Apple chairman Steve Jobs using one of his ever-present Itoya pencils. Told that tourists had photographed it with their iPhones, Bohlin chuckled and said, “I hear that happens a lot.”

Barely four years after Apple opened the store in the basement of the General Motors tower, Bohlin’s ethereal one-story structure – a glorified vestibule, really – has become a must-see attraction as well as Apple’s highest-grossing location. According to Cornell University scientists who analyzed 35 million Flickr images, the Cube is the fifth-most-photographed building in New York, the 28th worldwide.

Let me begin by saying that I’m tremendously honored to be here doing the welcoming keynote at SXSW. I have a huge feeling of warmth whenever I think about SXSW. Part of this is deeply personal – I met my soulmate here. I have met countless friends here. And made more professional connections than I can possibly enumerate. Walking down Red River fills me with a flash of fun memories.


What’s powerful about SXSW is first and foremost the people. From there, the content spills out beautifully. But as we think of the power of this conference to bring people together, I want to expressly call out the amazing work of Hugh Forrest, your fearless organizer. Hugh has done a phenomenal job of bringing diverse groups here to Austin to engage with one another. And for that, I’m eternally grateful.

At 3:34 am local time, today, February 27th, a devastating magnitude 8.8 earthquake struck Chile, one of the strongest earthquakes ever recorded. According to Chilean authorities, over 400 people are now known to have been killed. The earthquake also triggered a Tsunami which is right now propagating across the Pacific Ocean, due to arrive in Hawaii in hours (around 11:00 am local time). The severity of the Tsunami is still not known, but alerts are being issued across the Pacific. (Entry updated four times, now 45 photos total) 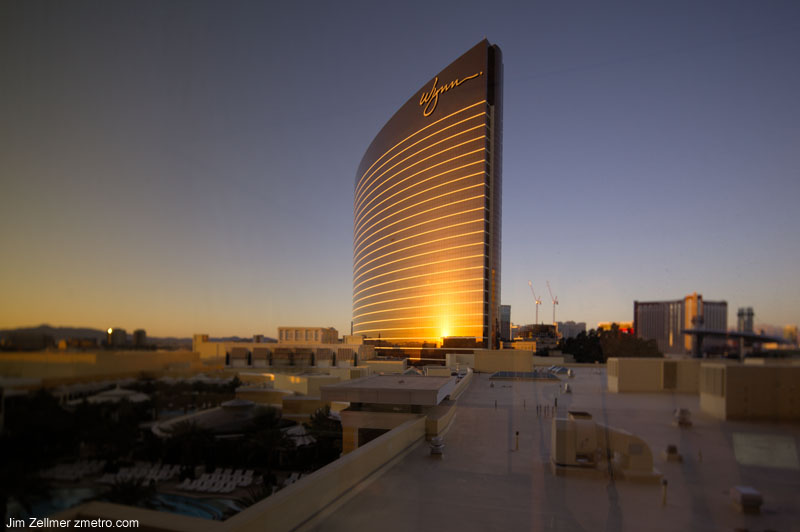 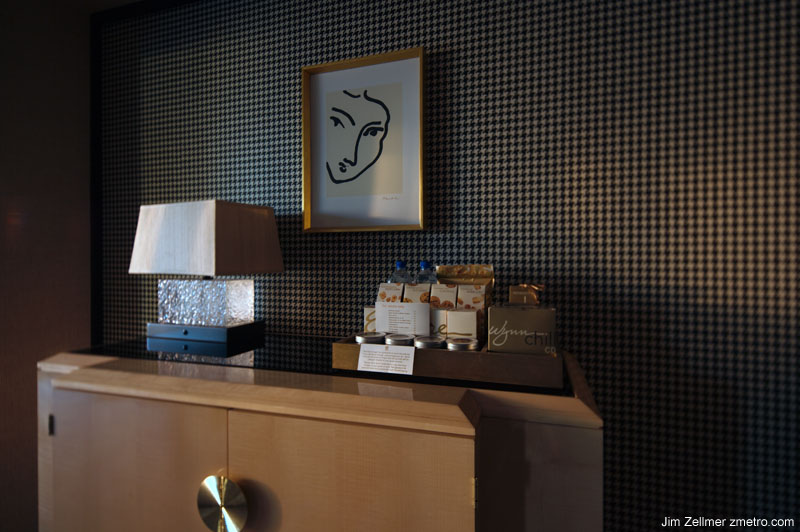 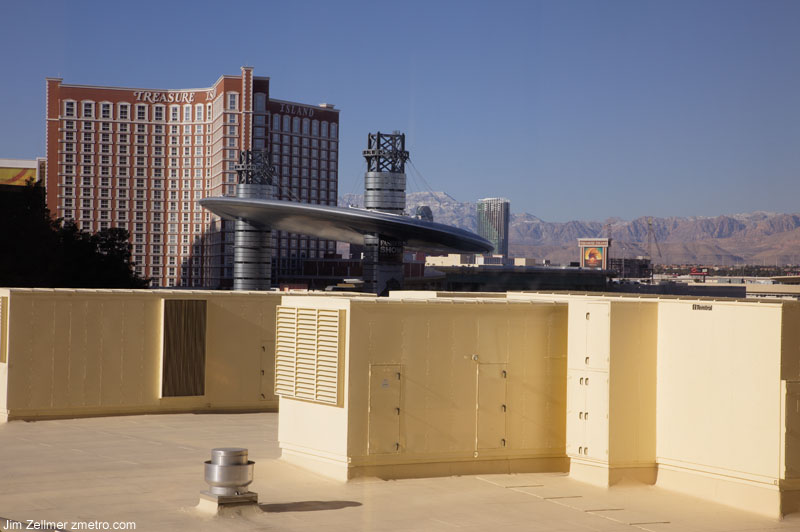 A beautiful sunrise. A recent evening panoramic scene of “The Strip” can be seen here.

It’s hard to believe it’s been two years this month since this column first revealed that speculators were running riot in the oil futures market. I pointed out that unrestrained commodities speculators were causing the oil price climb we were seeing, which would send the cost of crude to a peak of $147 a barrel by the summer of 2008. At the time most “experts” quoted in the media were saying that oil prices were skyrocketing because world supplies couldn’t keep up with demand, or because we had passed the point of Peak Oil. Neither position was true, of course; just looking at tanker shipments and worldwide oil supplies on hand, those concepts were obviously invalid.


Many of the columns I wrote for BusinessWeek in the spring and summer of 2008 debunked all the excuses being given for oil prices’ suddenly doubling. Today it has come to be considered common knowledge, even common sense, and that’s good for my track record.


Unfortunately for the country’s track record, however, knowing the truth hasn’t changed a thing.

Last October, in a follow-up column for BusinessWeek, “How Wall Street Will Kill the Recovery,” I pointed out how investment banks were again profiting from taxpayer-funded bailout benefits.

They were taking those near-zero-interest loans and, instead of using the money to restart lending (and thus, it’s hoped, the economy), they were pumping much of it into equities and commodities. There they were profiting from the ever-rising paper prices caused by the huge influx of cheaply borrowed money.