Everyone knows that Peter Drucker was the founder of modern management. But how do we come to terms with the writings of a man who wrote 39 books? Even to read his 811-page classic, Management: Tasks, Responsibilities, Practices (1973) or the revised edition of 572 pages (2008), is more than most readers get round to. Inevitably most of us pick and choose.

An excellent introduction to Drucker’s thinking—and one of the real “raisins in the cake”— which was recently flagged by Jim Hays, is Peter Drucker’s nine-page paper for The Economist in November 2001: “Will The Corporation Survive?” Drucker’s answer to his own question was: “Yes, but not in the form that we know it.” The paper was incorporated into the 2008 edition of Drucker’s Management, but it is also available here.

he past decade has been catastrophic for the Arab world’s beleaguered 12 million strong Christian minority. In Egypt revolution and counter-revolution have been accompanied by a series of anti-Copt riots, killings and church burnings. In Gaza and the West Bank Palestinian Christians are emigrating en masse as they find themselves uncomfortably caught between Netanyahu’s pro-settler government and their increasingly radicalised Sunni neighbours.

In Syria most of the violence is along the Sunni-Alawite fault line, but stories of rape and murder directed at the Christian minority, who used to make up around 10% of the population, have emerged. Many have already fled to camps in Lebanon, Turkey or Jordan; the ancient Armenian community of Aleppo is reported to be moving en masse to Yerevan.

The British government says that it plans to hire the U.S. gene-sequencing company Illumina to sequence 100,000 human genomes in what is the largest national project to decode the DNA of a populace.

In a regulatory filing with the U.S. Securities and Exchange Commission, Illumina said it had been picked as the “preferred partner” for the £100 million project.

The leading vloggers are a close-knit bunch, often appearing on each other’s channels. This cross-promotion helps to pool audiences. Zoella’s gang includes her boyfriend, her brother Joe (whose blog, now with 2m subscribers, started after hers, she insists) and Marcus Butler. There’s also Louise (aka Sprinkle of Glitter) and Tanya Burr, a make-up artist who beams advice from her Norwich bedroom, and whose diffusion line of cosmetics Zoella has recently recommended on her own vlog. “We all want to help each other so we can bring all our channels up together,” she says. “That’s absolutely what social media is all about: sharing.”

I tell Zoella she is known to the advertising world as a “crowd-sourced people’s champion” and she laughs. “That’s cool. I hadn’t heard that one before.” But she acknowledges that big brands are lining up to cash in on her popularity. “They know that there’s a way that YouTubers can connect with an audience that they can’t, even though they’ve got all the money in the world.” An example of her reach is that she has a deal with Unilever, marketing their skincare range to younger users.

Advertisers are said to be willing to pay £20,000 a month for banners on well-known vloggers’ YouTube channels, while £4,000 can change hands for each mention of their product in the video itself (it costs roughly the same for a shout-out on Twitter). Zoella doesn’t like to talk about how much she earns. But, based on the rates commanded by the most successful vloggers, her income from advertising alone could now be running at a rate of several hundred thousand pounds a year.

The resulting index is bad news for business: It shows that, behind the mirage of financial engineering, mergers and acquisitions, tax gadgets, share buybacks, seemingly rising profits fed by cheap government money and soaring executive compensation, the underlying reality is harsh: US business is in a long-term secular decline and has been so for decades.

The conclusion is inescapable: big hierarchical bureaucracies with legacy structures and managerial practices and short-term mindsets have not yet found a way to flourish in this new world.

The 2011 edition of the Shift Index covered industry-specific data for nine key sectors and provided a guide to the thought leadership, methodology, and data that drives the index’s metrics. 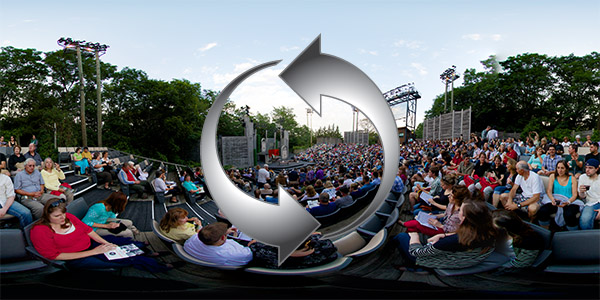 Tap or click to view the panoramic scene. Then pan or zoom in any direction.

We enjoyed “The Importance of Being Earnest”.

Madison’s Camera Company has served the community well for many years. Perhaps it was unsurprising to see this sign, in 2014: 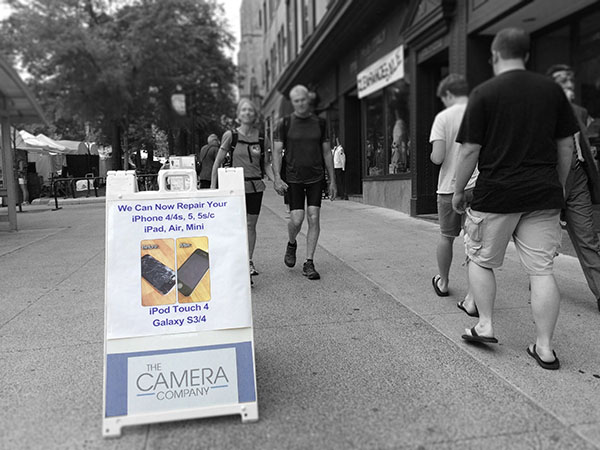 I later took a quick look at their website and found the top shopping choice unsurprising: 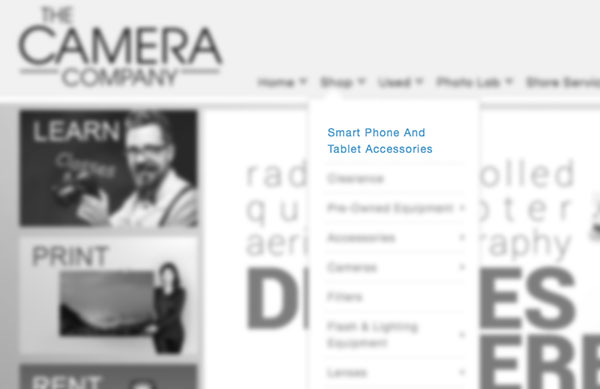 I’ve been keeping a log of the substantial changes in the photography world, here.

Like most restaurants in NYC we have a surveillance system, and unlike today where it’s a digital system, 10 years ago we still used special high capacity tapes to record all activity. At any given time we had 4 special Sony systems recording multiple cameras. We would store the footage for 90 days just in case we need it for something.

The firm we hired suggested we locate some of the older tapes and analyze how the staff behaved 10 years ago versus how they behave now. We went down to our storage room but we couldn’t find any tapes at all.

We did find the recording devices, and luckily for us, each device has 1 tape in it that we simply never removed when we upgraded to the new digital system.

“The United Nations estimates that by 2050 the world will need 70 percent more food, measured in calories,” says Royal College of Arts student Johanna Schmeer, who has spent the past year working on a graduation project. “So next I was thinking about, ‘What would you do if you needed to make new foods, what application would there be?’” Schmeer is a student designer at London’s Royal College of Arts. She’s not a scientist. She’s not in a laboratory extracting enzymes from organic matter. Instead, her graduation project tackles the question: What products might be designed for these materials? When they end up in the home, how might we interact with them?

It’s no surprise that a problem of that scale has attracted the attentions of other scientists and designers around the world too. In particular, Schmeer is interested in work from a team at the Radboud University Nijmegen in the Netherlands that’s laying the groundwork for creating synthetic biological material that could be used for nutrition. Their research has shown that it’s possible to use enzymes from bacteria (found in foods and plants) in new, synthetic host materials.

If developed properly, these bio-synthetic materials could be a viable host for the enzymes to photosynthesize and produce proteins, fiber, vitamins, sugar, fat, minerals, and water. As for the actual enzymes, they could come from any number of places. In her own research, Schmeer found that one fiber-producing bacteria is found in kombucha drinks. This lab work is fairly nascent, but Schmeer says food-producing material that is half biological, half synthetic, could be a reality in around 50 years.

As you sit back in your Aeron chair, drinking stale office coffee and letting your eyes swim out of focus in the artificial glow of your MacBook, take a moment to consider where you went wrong. You were going to be great! You were going to write a book, or go to law school and represent the poor and oppressed, or something. Face it – it’s probably time to quit your job and do something exciting. Why not go back to school? God knows your job isn’t making you any smarter. The rat race will be there when you get back. And while your stupid friends are slaving away towards their grad degrees in fetid hellholes like Cambridge and New Haven, you could be a pioneering student of the future in the veritable heaven on Earth that is Queens, NY.

City University of New York’s Queens College and digital media theorist Douglas Rushkoff are teaming up to create a Master’s program in Media Studies for the technologically minded, socially conscious upstarts who will define the way we see the world for years to come. “Instead of training people to become marketers or to write the next useless phone app, we’re going to support people who want to see through the media, and use it to wage attacks on the status quo,” Rushkoff says. “This is media studies for Occupiers.”