TC: No. One of my biggest worries is what happens if Romney wins and Republicans control both chambers, do they have the courage to do what it takes to fix the country? It’s kind of their last chance. If they’re given the favor of control and they don’t act on it, why should you ever trust them again? You shouldn’t. It’ll be the death knell of the Republican Party. They controlled it all for four years under Bush and grew the government. They created a new entitlement with no revenue. Went against the very tenets of what they said they believe.

One of the reasons I wrote the book was to show a whole lot of people how many stupid things we do. I don’t really blame presidents too much. You gotta get appropriations. I say the problem is not that we don’t get along. We get along too well. Government is twice the size it was 10 years ago. The president can’t spend the money if we don’t appropriate it. So it’s not a president problem. It’s a congressional problem.

Rick Perry has never lost an election; I’ve never won one. Maybe that’s what’s wrong with the world. On the other hand, I’ve long been friends with Bill Clinton and George W., and Rick Perry and I, though at times bitter adversaries, have remained friends as well. It’s not always easy to maintain friendships with politicians. To paraphrase Charles Lamb, you have to work at it like some men toil after virtue.

I have been quoted as saying that when I die, I am to be cremated, and the ashes are to be thrown in Rick Perry’s hair. Yet, simply put, Rick Perry and I are incapable of resisting each other’s charm. He is not only a good sport, he is a good, kindhearted man, and he once sat in on drums with ZZ Top. A guy like that can’t be all bad. When I ran for governor of Texas as an independent in 2006, the Crips and the Bloods ganged up on me. When I lost, I drove off in a 1937 Snit, refusing to concede to Perry. Three days later Rick called to give me a gracious little pep talk, effectively talking me down from jumping off the bridge of my nose. Very few others were calling at that time, by the way. Such is the nature of winning and losing and politicians and life. You might call what Rick did an act of random kindness. Yet in my mind it made him more than a politician, more than a musician; it made him a mensch.

I snapped this K for governor bumper sticker a few years ago. It appears that the worm is turning on Obama….

der Spiegel:SPIEGEL: Mikhail Sergeyevich, you turned 80 this spring. How do you feel?

Gorbachev: Oh, what a question. Do you have to ask me that? I’ve gone through three operations in the last five years. That was pretty tough on me, because they were all major operations: First on my carotid artery, then on my prostate and this year on my spine.

Gorbachev: Yes. It was a risky procedure. I’m grateful to the Germans.

SPIEGEL: But you look good. We saw you before the operation.

Gorbachev: They say you need three or four months to get back to normal after an operation like that. Do you remember the book “The Fourth Vertebra,” by the Finnish author Martti Larni? It is a wonderful book. In my case it was the fifth (vertebra). I’ve started walking again, but every beginning is difficult.

SPIEGEL: And yet you are back in politics, and you’re even making headlines again. Why don’t you finally sit back and relax?

Gorbachev: Politics is my second love, next to my love for Raisa.

President Obama has headlined 127 fundraising events for himself and others, significantly outpacing the fundraising activity of the previous five presidents during their first terms, new research obtained by USA TODAY shows.

By comparison, President George W. Bush had held 88 fundraisers and President Clinton, 76, at this point in their first terms, according to data compiled by Brendan Doherty, an assistant professor of politicial science at the U.S. Naval Academy in Annapolis, Md. Doherty, who also studies presidential activity with the non-partisan White House Transition Project, examined fundraising going back to President Carter.

The upswing reflects the soaring costs of campaigns and politicians’ abandonment of the presidential public-financing system that limits what candidates can raise from private sources in exchange for receiving taxpayer money, Doherty and other experts say.

“We have entered the era of the permanent campaign,” said Anthony Corrado, a campaign-finance expert at Colby College in Waterville, Maine. “This is a reflection … of the enormous sums that are anticipated for the election.” 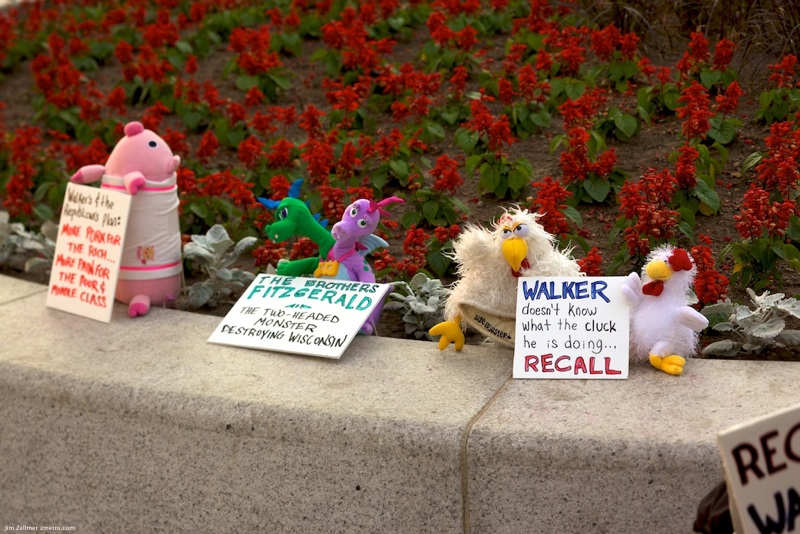 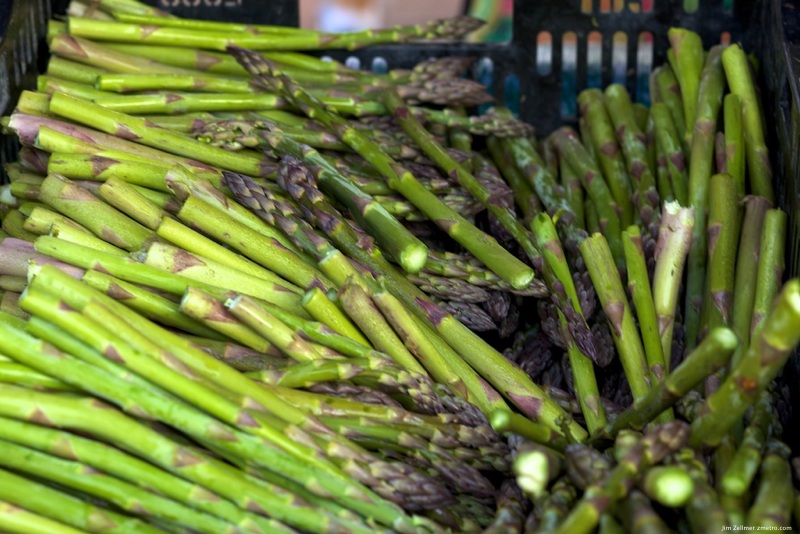 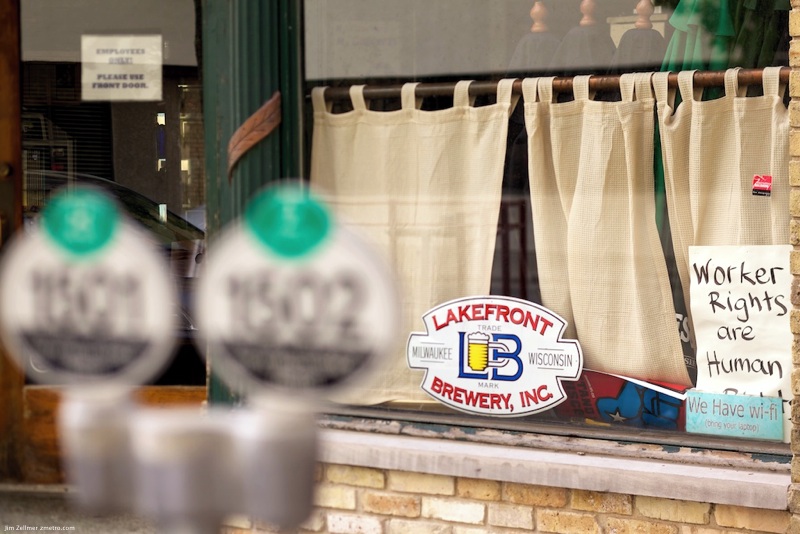 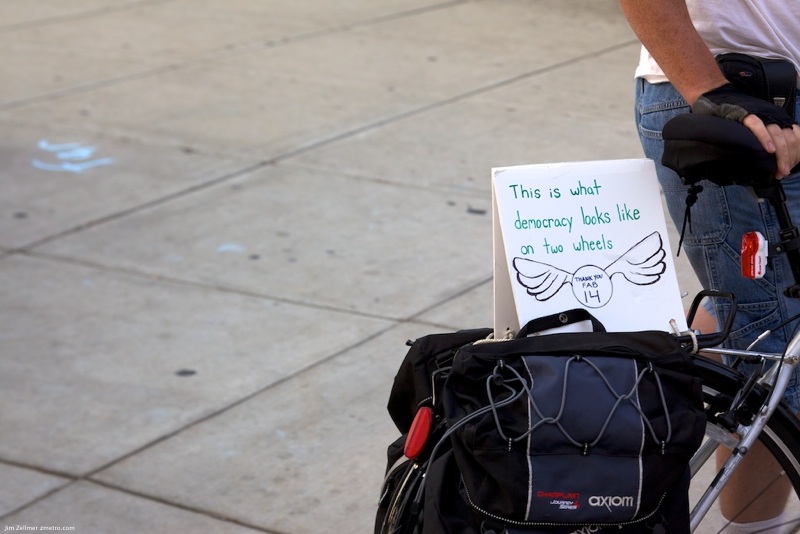 A foot of snow couldn’t keep Bob Dylan, Joan Baez, Jennifer Hudson and other celebrities away from a star-studded celebration of civil-rights-era music, hosted by President Barack Obama and first lady Michelle Obama at the White House in February 2010.
Dylan’s haunting rendition of “The Times They Are a-Changin'” was a highlight of the dazzling evening. The digitally friendly White House even posted the video of his performance on its website.
But you won’t find Dylan (or Robert Zimmerman, his birth name) listed in the White House visitor logs — the official record of who comes to call at 1600 Pennsylvania Ave., which is maintained by the Secret Service.
Ditto Joan Baez.

“First generation [corn] ethanol I think was a mistake. The energy conversion ratios are at best very small.”
– Al Gore, speaking at a Green Energy Conference on November 22, 2010
“Ethanol is not an ideal transportation fuel. The future of transportation fuels shouldn’t involve ethanol.”
– Secretary of Energy Steven Chu, November 29, 2010
No one knows what brought on the blast of political honesty in the last eight days of November. Having been a rabid ethanol booster for most of his political career, there was former Vice President Al Gore reversing course and apologizing for supporting ethanol. Of course Gore’s reason for taking that position was perfectly understandable — for a politician. As he told the Athens energy conference attendees, “One of the reasons I made that mistake is that I paid particular attention to the farmers in my home state of Tennessee, and I had a certain fondness for the farmers of Iowa because I was about to run for President.”
Translated from politics-speak into English, pandering to farmers gets votes. But if your claimed position is to plan some sort of energy policy for everyone else, then getting farmers’ votes shouldn’t determine what’s the right thing to do for the nation’s fuel supplies.

German officials, concerned that Washington could be pushing the global economy into a downward spiral, have launched an unusually open critique of U.S. economic policy and vowed to make their frustration known at this week’s Group of 20 summit.
Leading the attack is Finance Minister Wolfgang Schäuble, who said the U.S. Federal Reserve’s decision last week to pump an additional $600 billion into government securities won’t help the U.S. economy or its global partners.
The Fed’s decisions are “undermining the credibility of U.S. financial policy,” Mr. Schäuble said in an interview with Der Spiegel magazine published over the weekend, referring to the Fed’s move, known as “quantitative easing” and designed to spur demand and keep interest rates low. “It doesn’t add up when the Americans accuse the Chinese of currency manipulation and then, with the help of their central bank’s printing presses, artificially lower the value of the dollar.”
At an economics conference in Berlin Friday, Mr. Schäuble said the Fed’s action shows U.S. policy makers are “at a loss about what to do.”
Mr. Schäuble hit back at critics in the Der Spiegel interview. “Germany’s exporting success is based on the increased competitiveness of our companies, not on some sort of currency sleight-of-hand. The American growth model, by comparison, is stuck in a deep crisis,” he said. “The USA lived off credit for too long, inflated its financial sector massively and neglected its industrial base. There are many reasons for America’s problems–German export surpluses aren’t one of them.”

Last week’s election rout did more than put Republicans in charge of the U.S. House of Representatives. It upended the electoral map that propelled President Barack Obama to the White House.
Mr. Obama bagged traditionally liberal Wisconsin and its ten electoral votes two years ago, part of a sweep that also included states that hadn’t tilted Democratic for decades. That went into reverse Tuesday. The party suffered heavy losses in Ohio and Pennsylvania, two big states that had backed Mr. Obama in 2008, as independent voters swung to the right. Other presidential territory–Virginia, Indiana and North Carolina–swung back to the GOP.
The depth of the party’s losses outside Washington, in state-level-contests, can be seen in this working-class city. The president won handily here in 2008 along with surrounding Brown County. Last week, Republicans carried all 18 races on the county’s ballots, right down to the clerk of the court. The GOP took control of the governor’s office, the state assembly and the state senate–the first time the state has reverted so abruptly to one side since 1938.

The US is going to win this war, one way or the other: it will either inflate the rest of the world or force their nominal exchange rates up against the dollar. Unfortunately, the impact will also be higgledy piggledy, with the less protected economies (such as Brazil or South Africa) forced to adjust and others, protected by exchange controls (such as China), able to manage the adjustment better.

It would be far better for everybody to seek a co-operative outcome. Maybe the leaders of the group of 20 will even be able to use their “mutual assessment process” to achieve just that. Their November summit in Seoul is the opportunity. Of the need there can be no doubt. Of the will, the doubts are many. In the worst of the crisis, leaders hung together. Now, the Fed is about to hang them all separately.