Cesar and 34 other California Olive Ranch field hands each seek to plant between 1,200 and 1,500 trees during a seven-hour workday, a tough quota. “You get used to it,” he said.

California Olive Ranch is already the largest orchard for olive oil production in the United States, and the largest milling facility, producing 25 percent of California’s olive oil. Now it is more than doubling in size with the planting of 500,000 olive trees on its 883-acre site in Glenn County 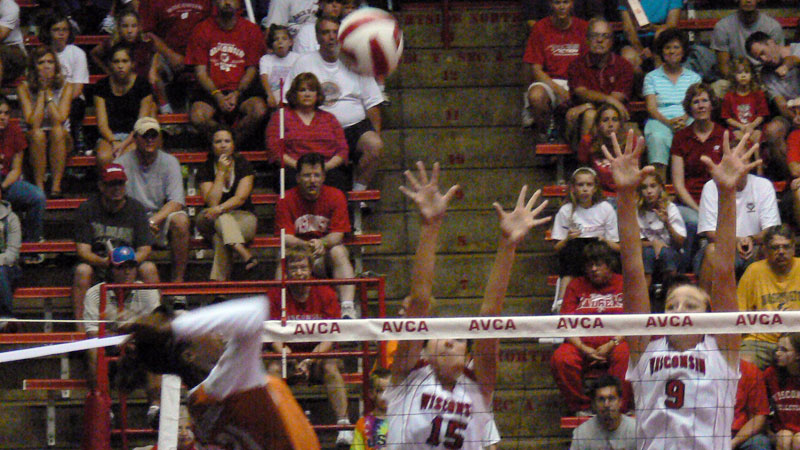 
For the 12th year, the Woodward Dream Cruise rumbles and squeals its way up Woodward Ave.

Featuring thousands of classic cars and hot rods. The Dream Cruise is a auto enthusiast dream, and a celebration of Michigan’s long and important automotive history.

Things were quiet early Saturday morning at the Farmer’s Market.


We were originally invited to participate in the McCall Motorsports Customer Appreciation Night at the Monterey Airport on Wednesday. But at the last minute a large Japanese luxury automaker, who happened to be a sponsor of the event, had a hissy fit about our being there. So we were disinvited. How can they be scared of little Tesla Motors? Oh well. We made the best of the day giving rides to press and prospective customers.


The median income family in Madison, Wisconsin paid $6,020 in federal income taxes in 2005. Here is how that amount was spent:


“A GOOD newspaper, I suppose, is a nation talking to itself,” mused Arthur Miller in 1961. A decade later, two reporters from the Washington Post wrote a series of articles that brought down President Nixon and the status of print journalism soared. At their best, newspapers hold governments and companies to account. They usually set the news agenda for the rest of the media. But in the rich world newspapers are now an endangered species. The business of selling words to readers and selling readers to advertisers, which has sustained their role in society, is falling apart (see article).
Of all the “old” media, newspapers have the most to lose from the internet. Circulation has been falling in America, western Europe, Latin America, Australia and New Zealand for decades (elsewhere, sales are rising). But in the past few years the web has hastened the decline. In his book “The Vanishing Newspaper”, Philip Meyer calculates that the first quarter of 2043 will be the moment when newsprint dies in America as the last exhausted reader tosses aside the last crumpled edition. That sort of extrapolation would have produced a harrumph from a Beaverbrook or a Hearst, but even the most cynical news baron could not dismiss the way that ever more young people are getting their news online. Britons aged between 15 and 24 say they spend almost 30% less time reading national newspapers once they start using the web.

Related: Warren Buffet: “Newspapers are a business in permanent decline.” I think the roots of the problem can be found in this post by Brenda Konkel. Daily newspapers, despite generating tremendous margins and cash flow, have in my view, shied away – in general from the more challenging issues. A friend refers to this as “not wanting to offend anyone”. At some point, this desire will be fatal to their business models.

Finally, like any organization, with the founders long gone and the remnants simply part of larger corporations it’s unlikely that most dailies will do what’s necessary in a new media age.

A Fabulous tool for the excellent firefox web browser:

One of the more interesting suburban intersections: Fitchburg’s Seminole Road and Highway PD.


Edward Tufte has been described by The New York Times as “The Leonardo da Vinci of Data.” Since 1993, thousands have attended his day-long seminars on Information Design. That might sound like a dry subject, but with Tufte, information becomes art.

Tufte’s most recent book, Beautiful Evidence, is filled with hundreds of illustrations from the worlds of art and science. It contains historical maps and diagrams as well as contemporary charts and graphs. In one chapter alone, there’s an 18th-century depiction of how to do a cross-section drawing of how a bird’s wing works and photos from a 1940s instruction book for skiing.