Walking around SC Johnson’s impressive Racine campus recently, I turned a corner and this image lay in front of my camera. 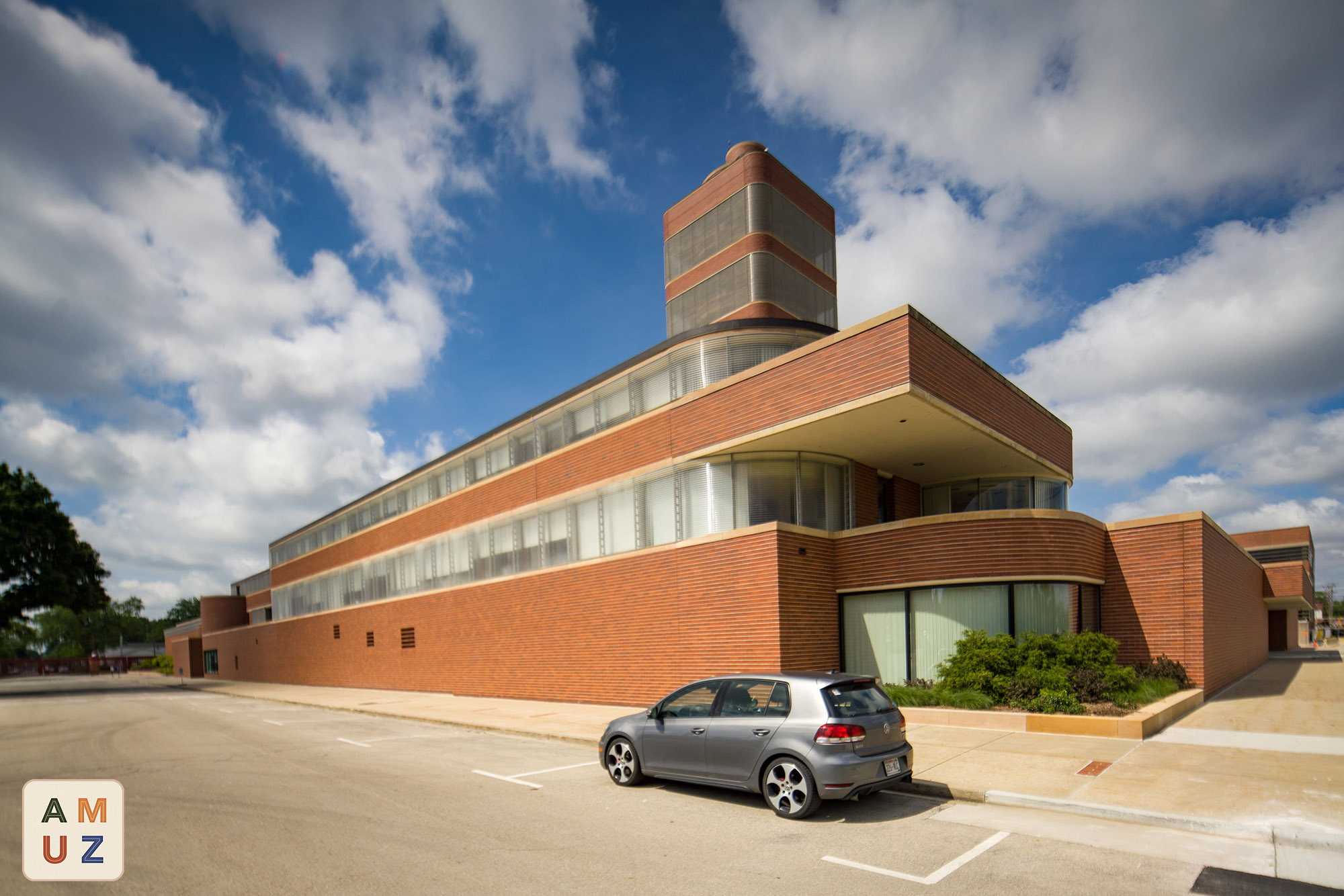 Wright called his design a “helio-lab,” or sun-lighted laboratory. At the building’s dedication, he said he hoped it would be a “flower among the weeds” of typical, “drab” structures built for business.

CAR magazine’s Good, Bad and Ugly on the GTI:

GTI is your dad when he was wild, young and free. After seven generations, VW has this hot-hatch thing nailed.

Pondering this random scene, my thoughts returned to driving some rental Toyota’s in Japan last year. Fine cars and well sorted interfaces with my iPhone, but, they were not a GTI. There may be hope, after President Akio Toyoda recently decreed “no more boring cars”.

VW appears to understand stimulants. Our youngest – no car fan – recently messaged me a link to “Hello Light”:

That said, she did speak well of a European VW Polo’s iPhone support during a recent rental.

P.S3. SC Johnson’s (free!) architectural tour is rather impressive, from the knowledgeable guides to the visual stimulation. I find their approach to brand building quite interesting and, perhaps somewhat aligned, if not symbiotic, with Volkswagen’s.

P.S4. Mr. Toyoda has tapped into a fascinating and tension filled topic: Mission – let’s call it design – vs. Organization – let’s call it operations. The tension between mission and organization was recenlty exposed in several articles that discussed Jony Ive’s departure from Apple – and the quick reaction, which continues.

P.S5. For those unable to visit in person, the amuz app (amuzapp.com) features a number of Wright destinations, including SC Johnson’s headquarters and research building along with the nearby Wingspread estate.