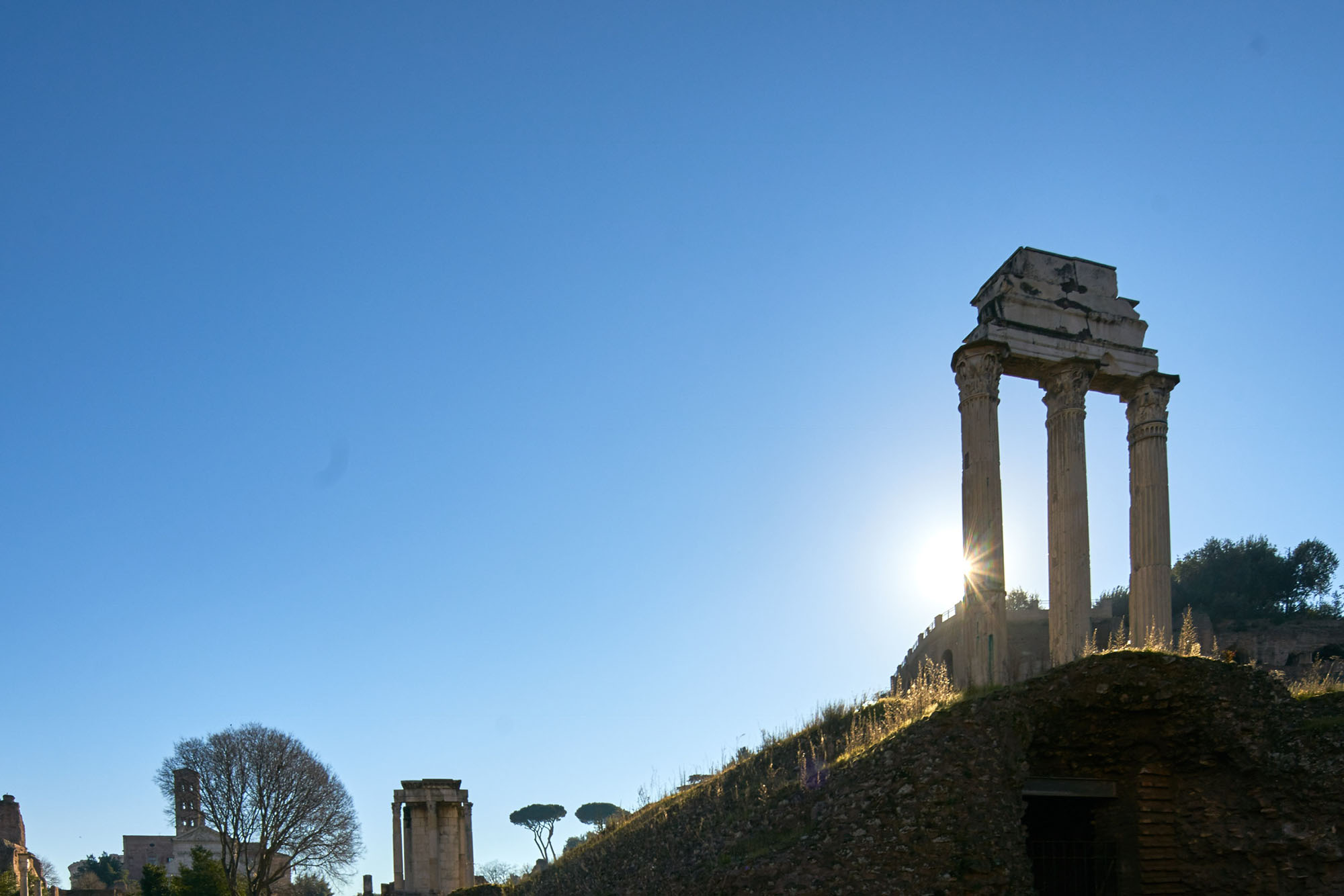 Walking around Rome a short while ago, I pondered the words spoken by Christ (Luke 21) at this weekend’s Palm Sunday service:


5 Some of his disciples were remarking about how the temple was adorned with beautiful stones and with gifts dedicated to God. But Jesus said, 6 “As for what you see here, the time will come when not one stone will be left on another; every one of them will be thrown down.”

7 “Teacher,” they asked, “when will these things happen? And what will be the sign that they are about to take place?”

8 He replied: “Watch out that you are not deceived. For many will come in my name, claiming, ‘I am he,’ and, ‘The time is near.’ Do not follow them. 9 When you hear of wars and uprisings, do not be frightened. These things must happen first, but the end will not come right away.”

10 Then he said to them: “Nation will rise against nation, and kingdom against kingdom. 11 There will be great earthquakes, famines and pestilences in various places, and fearful events and great signs from heaven.

12 “But before all this, they will seize you and persecute you. They will hand you over to synagogues and put you in prison, and you will be brought before kings and governors, and all on account of my name. 13 And so you will bear testimony to me. 14 But make up your mind not to worry beforehand how you will defend yourselves. 15 For I will give you words and wisdom that none of your adversaries will be able to resist or contradict. 16 You will be betrayed even by parents, brothers and sisters, relatives and friends, and they will put some of you to death. 17 Everyone will hate you because of me. 18 But not a hair of your head will perish. 19 Stand firm, and you will win life.

20 “When you see Jerusalem being surrounded by armies, you will know that its desolation is near. 21 Then let those who are in Judea flee to the mountains, let those in the city get out, and let those in the country not enter the city. 22 For this is the time of punishment in fulfillment of all that has been written. 23 How dreadful it will be in those days for pregnant women and nursing mothers! There will be great distress in the land and wrath against this people. 24 They will fall by the sword and will be taken as prisoners to all the nations. Jerusalem will be trampled on by the Gentiles until the times of the Gentiles are fulfilled. 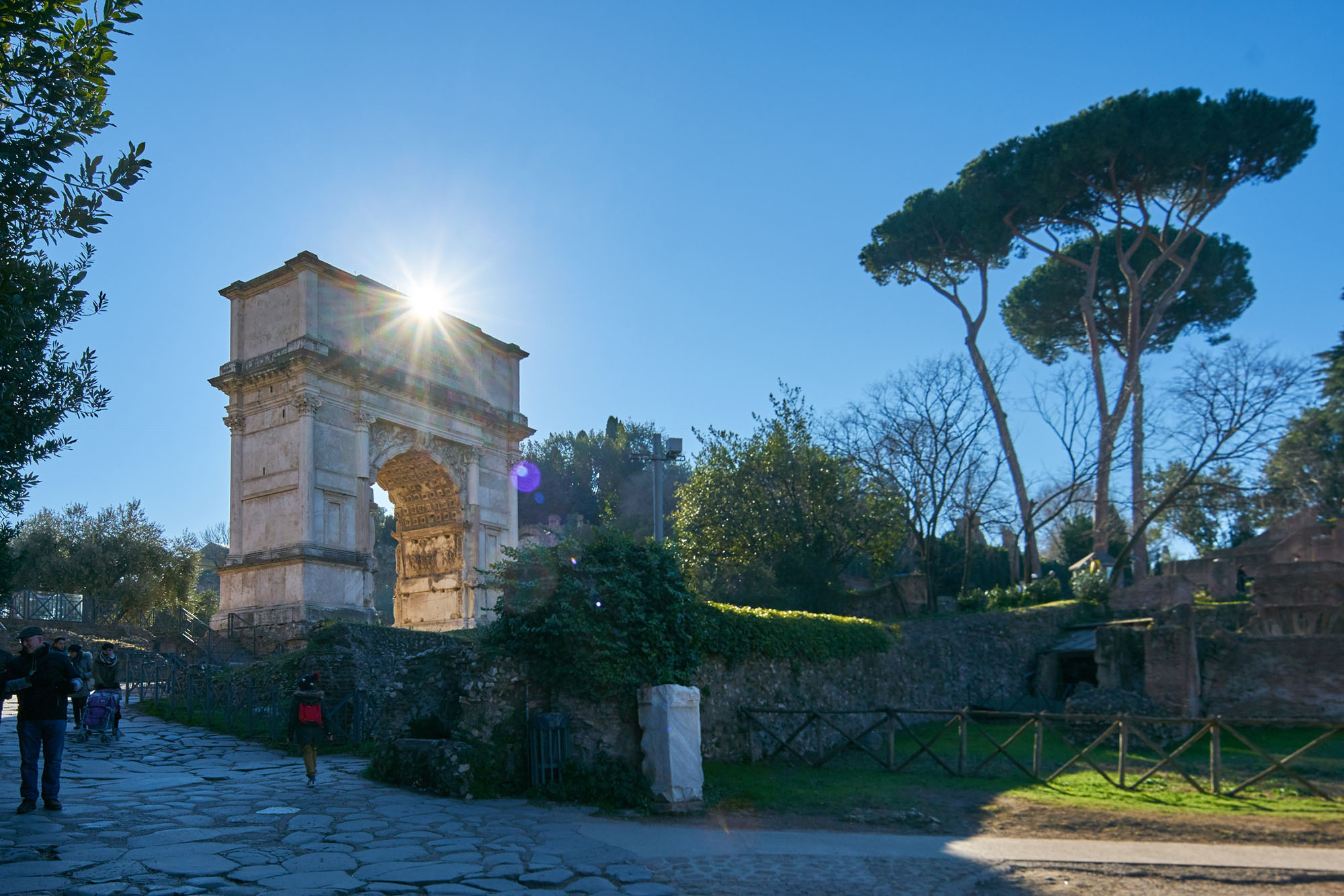 I pondered this while strolling past the Arch of Titus:


It was constructed in c. AD 82 by the Emperor Domitian shortly after the death of his older brother Titus to commemorate Titus’s victories, including the Siege of Jerusalem (AD 70).

The south panel depicts the spoils taken from the Temple in Jerusalem. The golden candelabrum or Menorah is the main focus and is carved in deep relief.[9] Other sacred objects being carried in the triumphal procession are the Gold Trumpets, the fire pans for removing the ashes from the altar, and the Table of Shew bread.[8] These spoils were likely originally colored gold, with the background in blue.[8] In 2012 the Arch of Titus Digital Restoration Project discovered remains of yellow ochre paint on the menorah relief.[10] 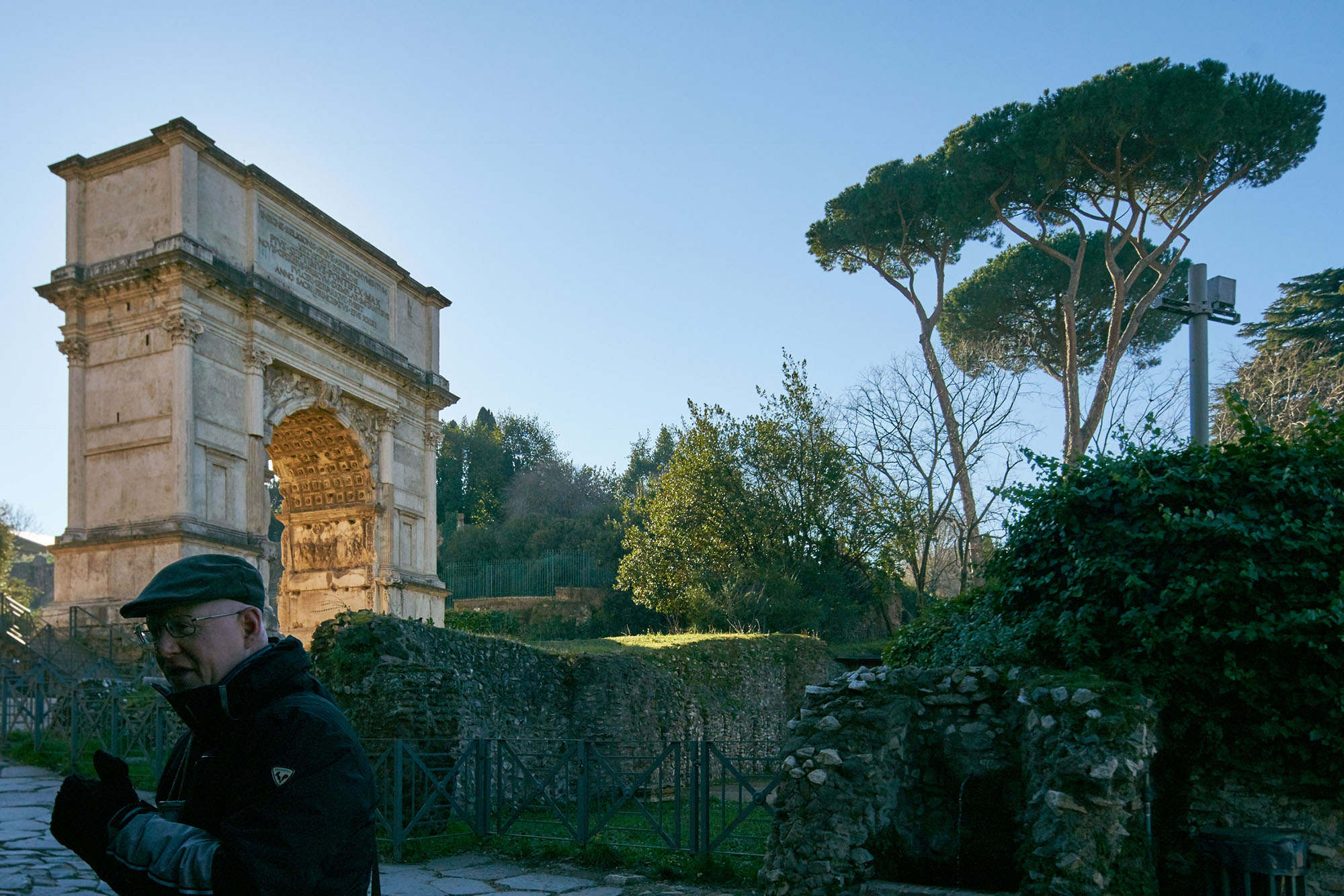