While on travel recently, I had a bit of free time and chose to visit a favorite bookstore: Denver’s Tattered Cover.

A former Denver resident, I was somewhat familiar with the route, but decided to review options. First, I asked Siri and experienced this:

Curiously, Siri offered a list of locations, but did not lead with the closest (I knew the Colfax building was not far). The nearby Colfax address was “beneath the fold”, as it were, on my iPhone.

I reverted to the maps app and tapped “Tattered Cover” into the search box. The nearest location quickly appeared: 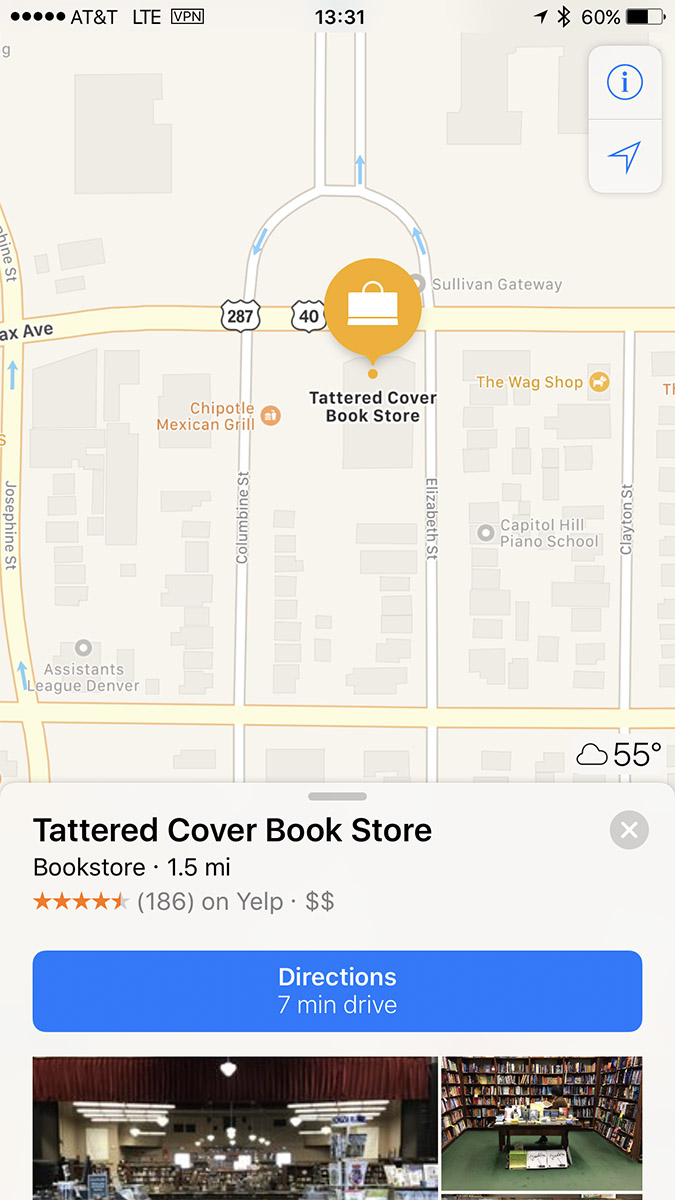 I found this experience curious.

Presumably, Siri would display the nearest location first, but did not. Perhaps Yelp or other “weightings” (altitude?) influence the result set within the Siri world, but not maps?