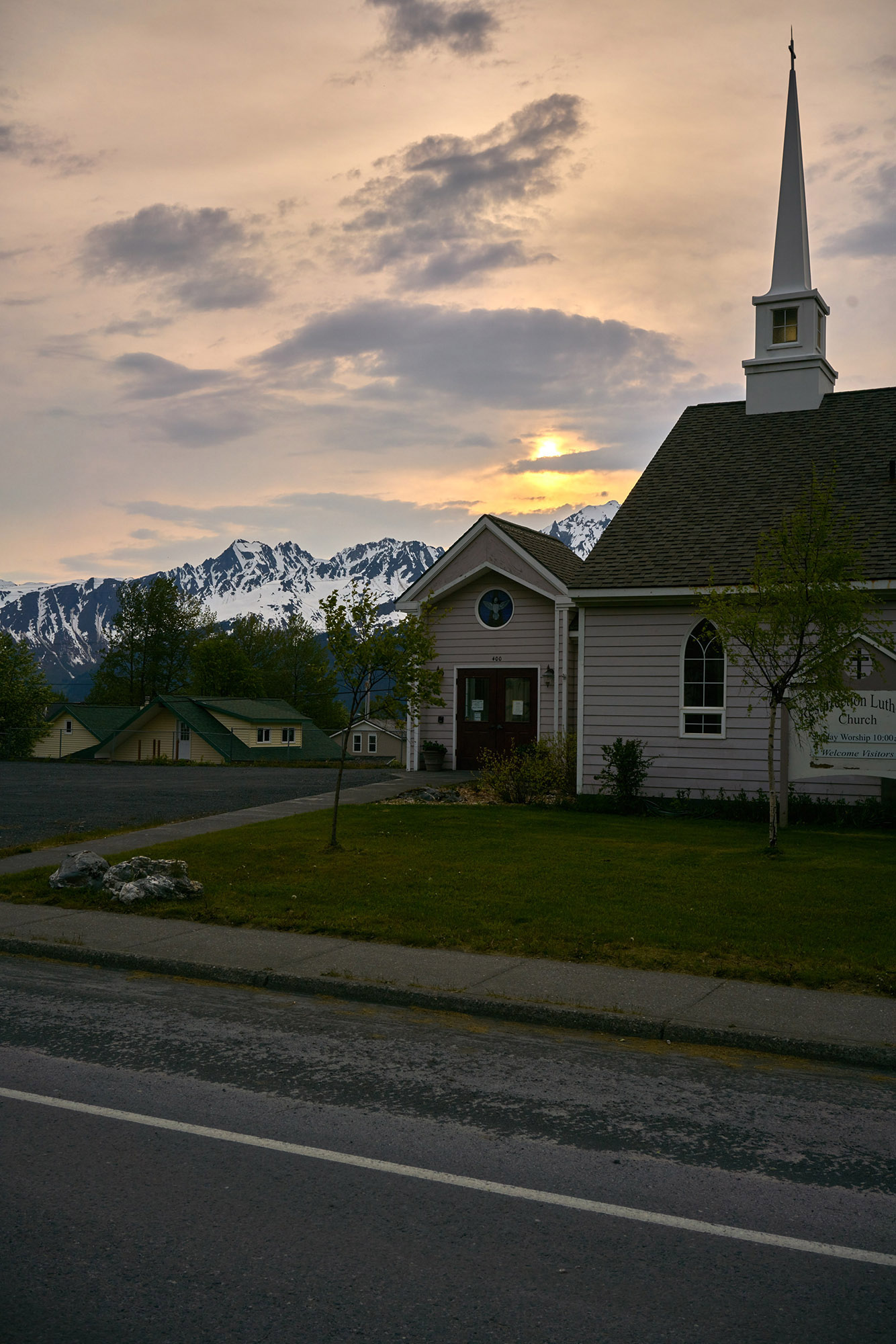 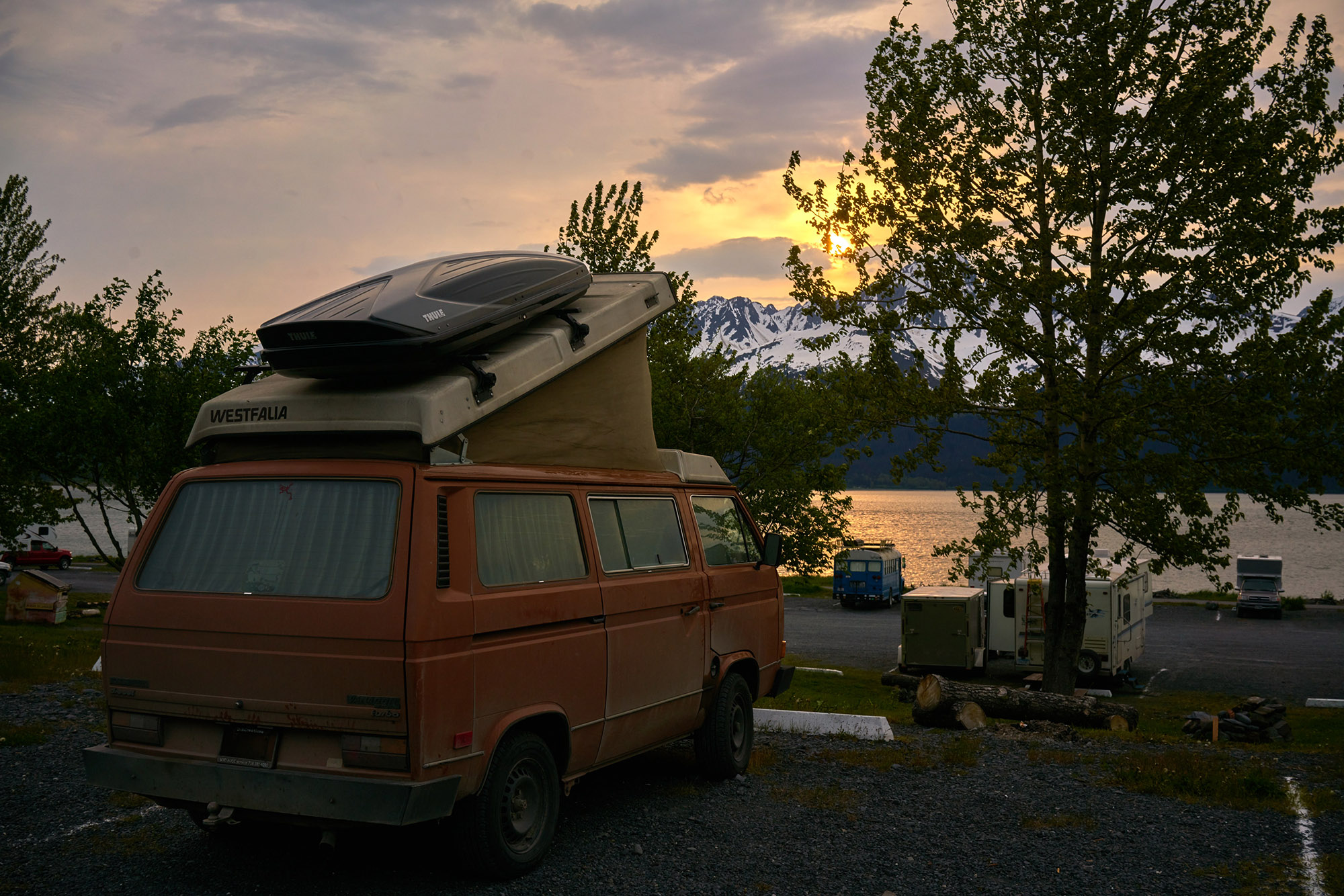 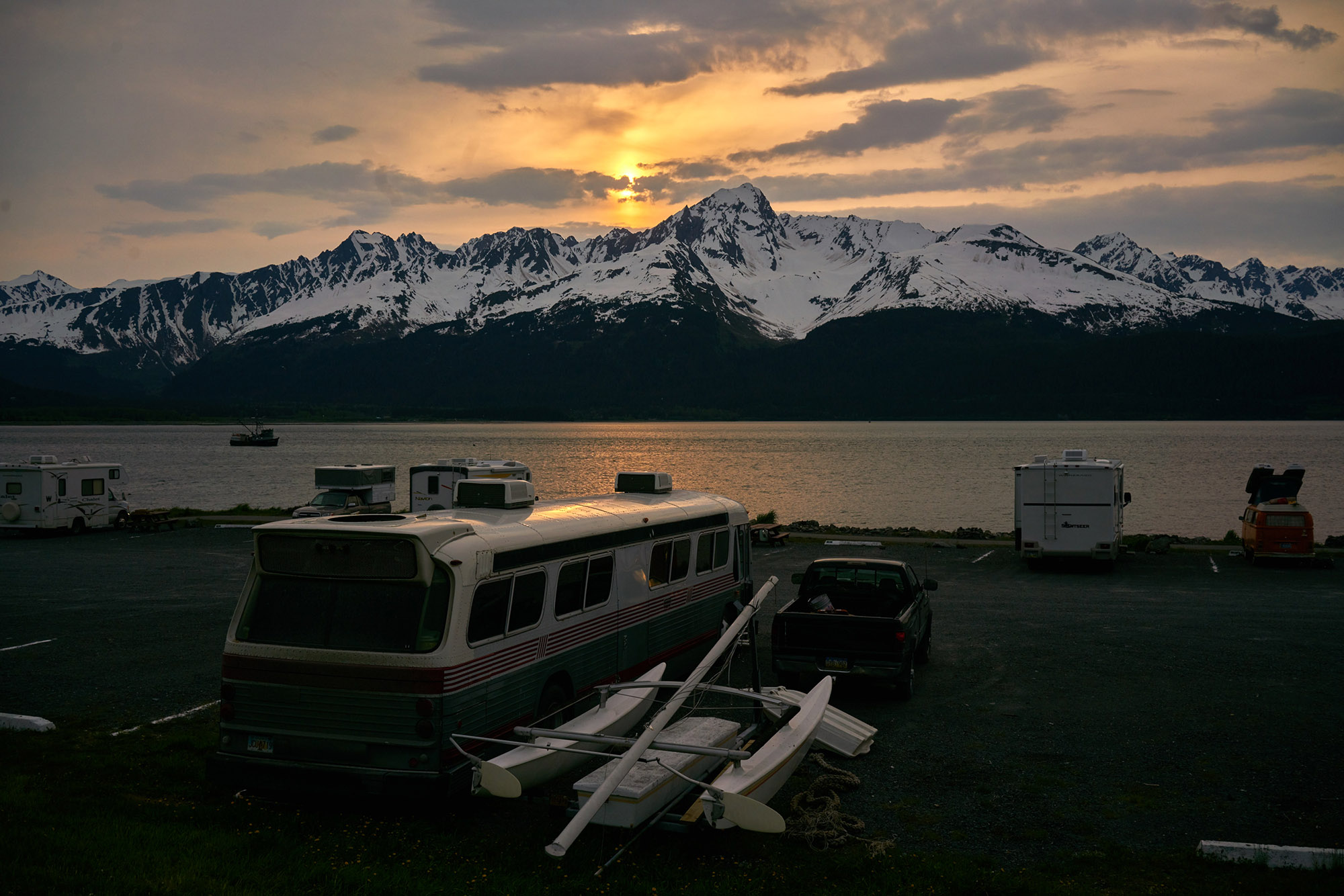 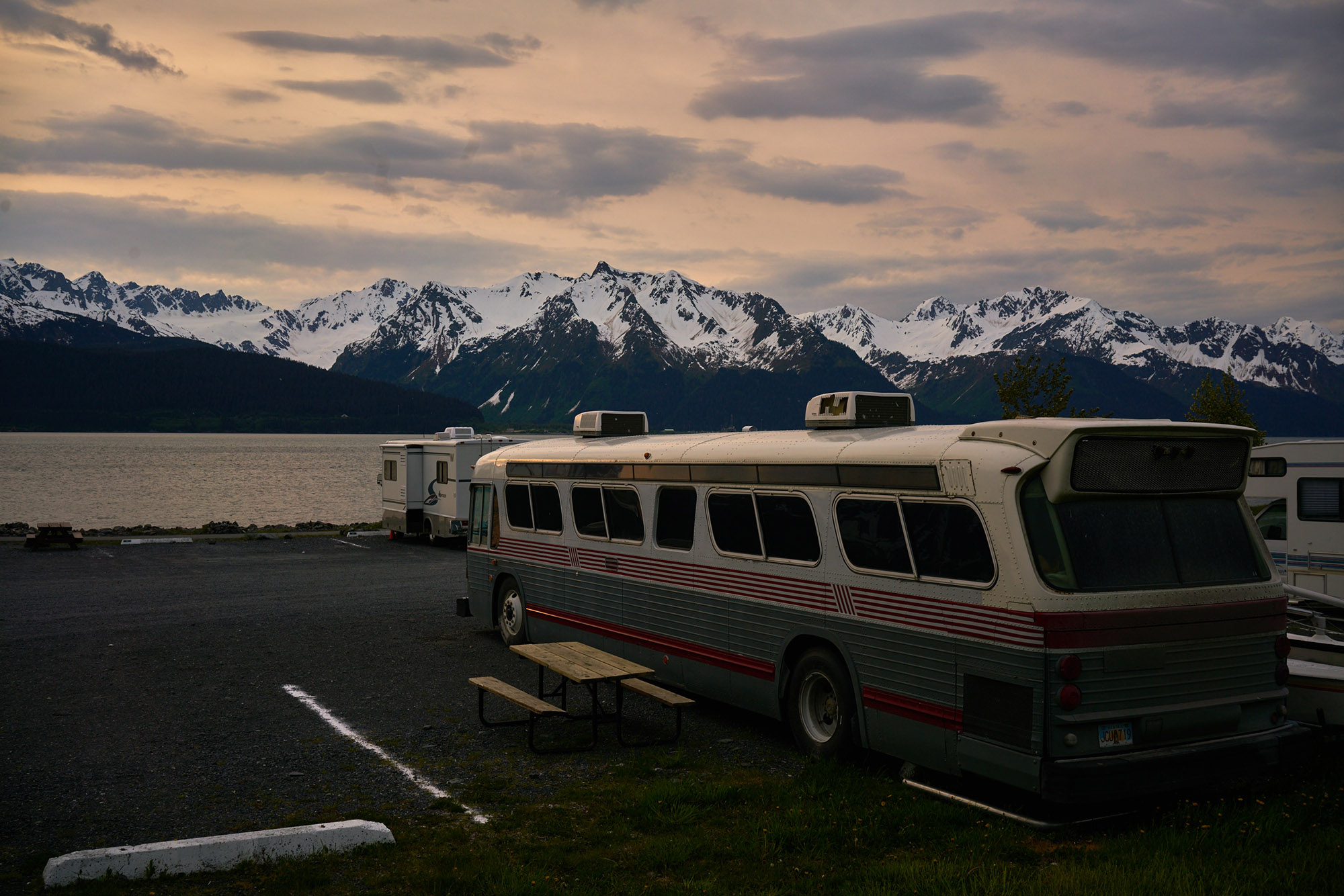 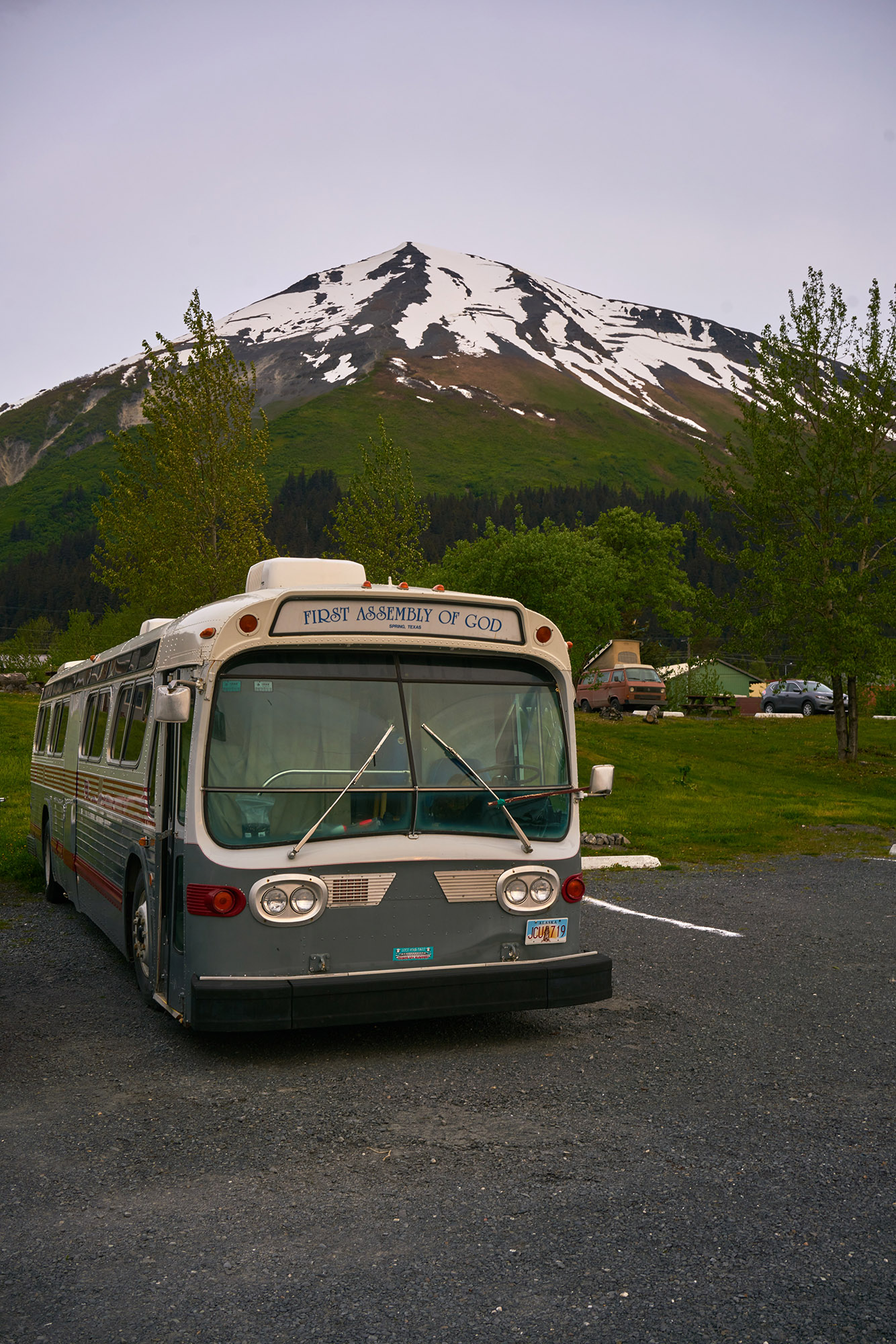 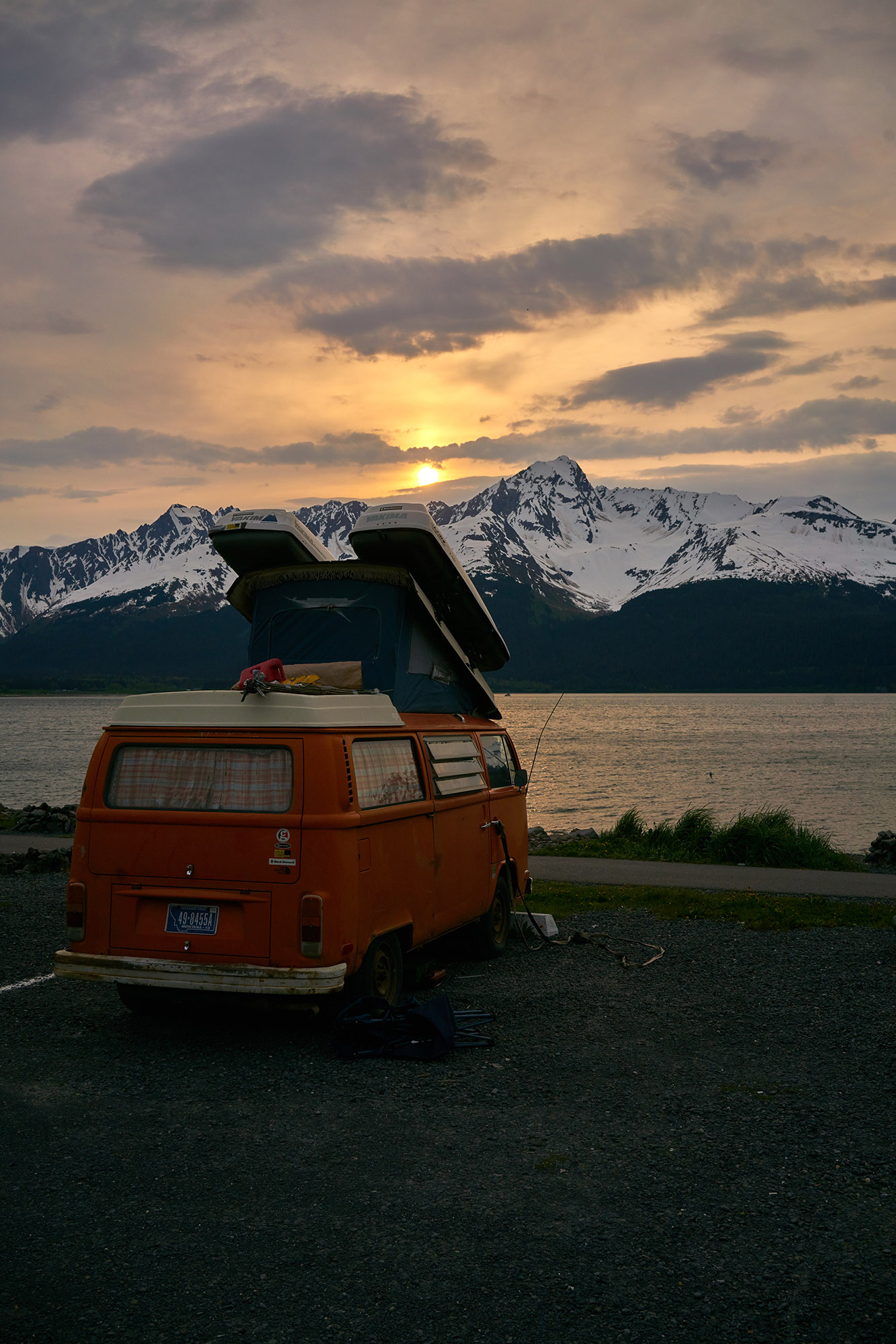 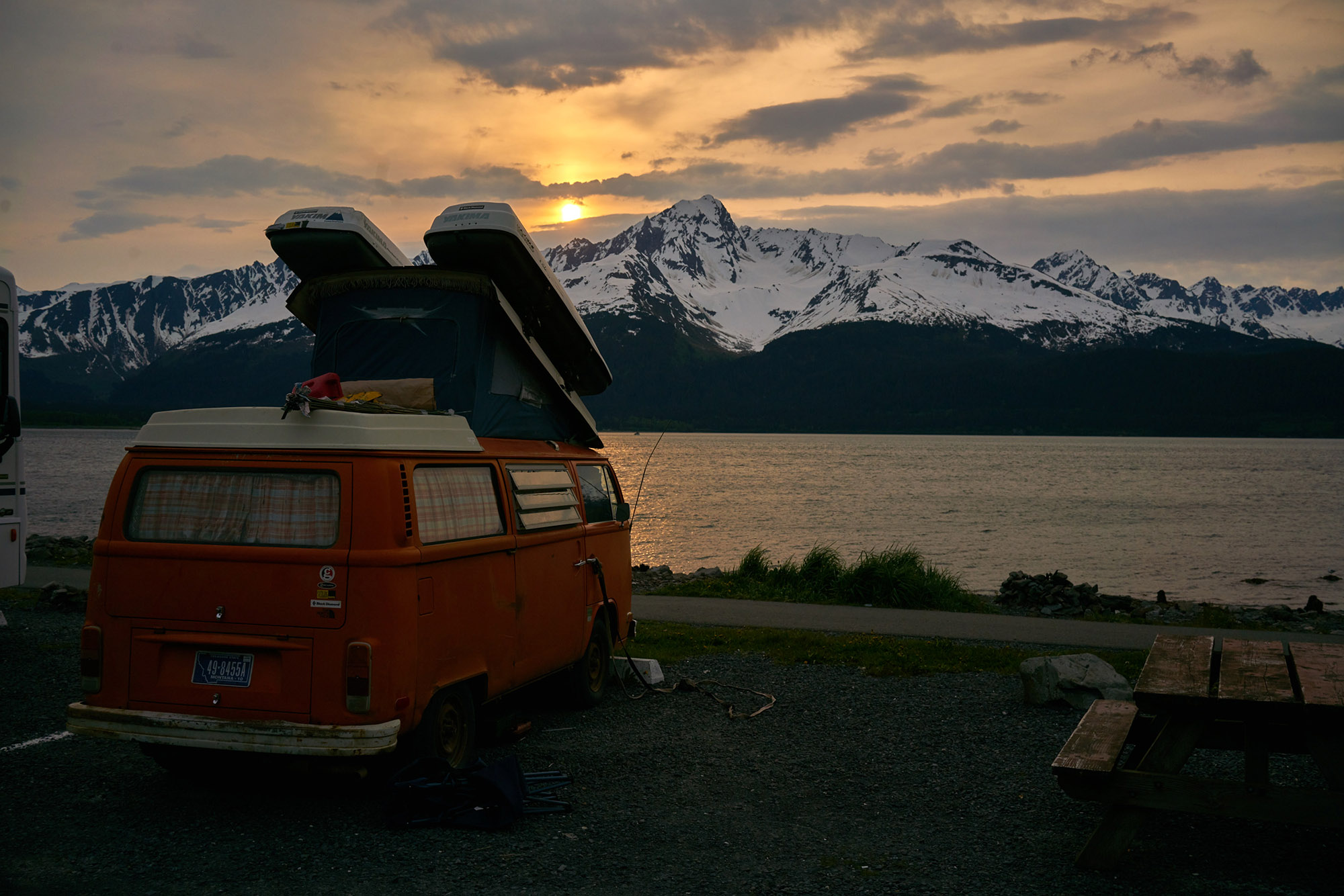 A rather eclectic selection of campers and “recreational vehicles” or RV’s. I admired the VW Van (“T2”), soldiering on from Montana. A rare T3 Syncro makes an appearance as well.

The term “resurrection” appears frequently in the Seward area, from churches (above) to the river and bay.


Resurrection Bay is a bay on the Kenai Peninsula of Alaska, United States. Its main settlement is Seward, located at the head of the bay. It received its name from Alexandr Baranov, who was forced to retreat into the bay during a bad storm in the Gulf of Alaska. When the storm settled it was Easter Sunday, so the bay and nearby Resurrection River were named in honor of it.