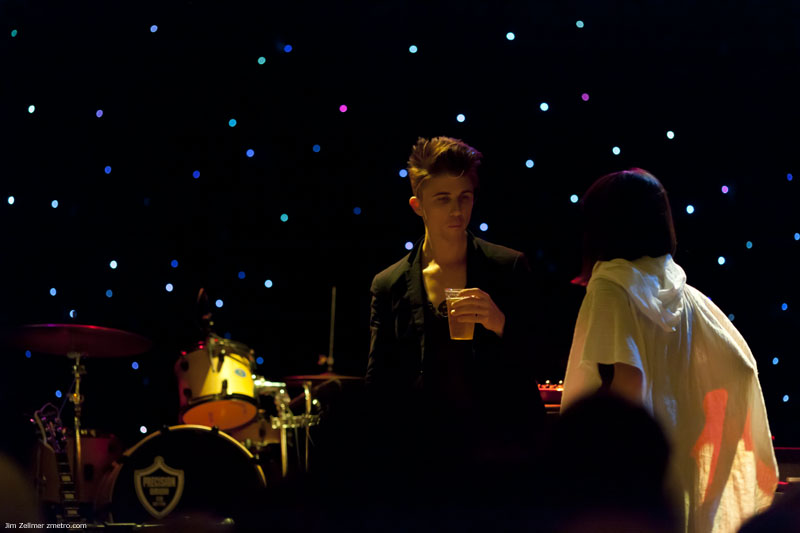 Certain voices take up residence in my brain. Lykke Li is one. Tracey Thorn another. And, Karla Bonoff.

Listening to KCRW’s stream recently, a familiar voice wafted through my office. Again, and again. That voice. Who?

Ah, KCRW’s playlist, that’ll do it. School of Seven Bells. 2010 The Majestic Theater. The photo above.

I wondered what had become of them. Their tale was more than I expected. Benjamin Curtis [2], holding a beer in the photo, passed away in late 2013, age 35.

Could it really have been five years?

I found this voice to be a poignant reminder of other friends suffering with health issues. Our “time of grace” on earth passes quickly.