Self-driving cars being planned by Google Inc. and global automakers may help counter slumping demand from younger customers by tapping the fastest-growing demographic in the world’s largest vehicle markets: the elderly.

As baby boomers age in markets including the U.S. and Japan, rising numbers of older drivers being killed or injured in accidents may spur demand for autonomous vehicles. With as many as 90 percent of traffic accidents caused by human error, a key benefit of the technology is boosting safety, executives from automakers including General Motors Co. and Toyota Motor Corp. said at an industry conference in Tokyo last week.

“Seniors are often regarded as the victims of traffic accidents, Moritaka Yoshida, managing officer and chief safety technology officer at Toyota, said this month as the company announced plans for automated-driving systems. ‘‘However, recently an increasing number of accidents are caused by senior drivers.’’
Japan, the world’s fastest-aging major economy and the third-largest car market, is at the forefront of the accident trend: of the 4,411 people who died on the road in the country last year, more than half, or 2,264, were 65 or older, according to data from the National Police Agency.


Oregon is moving ahead with a controversial plan to tax motorists based on the number of miles they drive as opposed to the amount of fuel they consume, raising myriad concerns about cost and privacy.

The program, springing out of a recently signed bill, is expected to launch in 2015 on a volunteer basis. But it’s charting relatively new territory, and other states aching for additional tax revenue are sure to be watching closely to see whether to imitate the model.

The problem for lawmakers is that the existing per-gallon gas tax has hit a point of diminishing returns, as Americans drive less and vehicles become more fuel efficient. The federal Highway Trust Fund, which gives money to states for highway construction and repairs, for example, has needed a congressional bailout four times since 2009, in part the result of no federal gas tax increase in the past 20 years.

However, economists and civil libertarians are concerned about the Oregon pilot project in large part because some mileage meters can track and record residents’ every vehicular move.

Rick Geddes, a Cornell University professor, said the basic device is okay because it is simply attached to a vehicle’s computer, which cannot track locations.


Wells Fargo analysts say that the interest rates Americans pay if they lease a car for 48 months are the cheapest they’ve been for 40 years, at around 4.25%. Interest rates on auto loans have continued to fall despite expectations this year that the US Federal Reserve would cut back its monetary stimulus program.

But the number of cars on the road has remained stagnant for the last six years or more. The housing market is on its way back, so why not car leasing?


As we’ve seen with the struggles of Windows Phone and Blackberry 10, app selection is everything in the mobile market, and Android’s massive install base means it has a ton of apps. If a company forks Android, the OS will already be compatible with millions of apps; a company just needs to build its own app store and get everything uploaded. In theory, you’d have a non-Google OS with a ton of apps, virtually overnight. If a company other than Google can come up with a way to make Android better than it is now, it would be able to build a serious competitor and possibly threaten Google’s smartphone dominance. This is the biggest danger to Google’s current position: a successful, alternative Android distribution.

And a few companies are taking a swing at separating Google from Android. The most successful, high-profile alternative version of Android is Amazon’s Kindle Fire. Amazon takes AOSP, skips all the usual Google add-ons, and provides its own app store, content stores, browser, cloud storage, and e-mail. The entire country of China skips the Google part of Android, too. Most Google services are banned, so the only option there is an alternate version. In both of these cases, Google’s Android code is used, and it gets nothing for it.


Perhaps no urban legend has played as long and loudly as the notion that “empty nesters” are abandoning their dull lives in the suburbs for the excitement of inner city living. This meme has been most recently celebrated in the Washington Post and the Wall Street Journal.

Both stories, citing research by the real estate brokerage Redfin, maintained that over the last decade a net 1 million boomers (born born between 1945 and 1964) have moved into the city core from the surrounding area. “Aging boomers,” the Post gushed, now “opt for the city life.” It’s enough to warm the cockles of a downtown real-estate speculator’s heart, and perhaps nudge some subsidies from city officials anxious to secure their downtown dreams.


Last week, another distasteful use of your personal information by Google came to light: The company plans to attach your name and likeness to advertisements delivered across its products without your permission.

As happens every time the search giant does something unseemly, Google’s plan to turn its users into unwitting endorsers has inspired a new round of jabs at Google’s famous slogan “Don’t be evil.” While Google has deemphasized the motto over time, it remains prominent in the company’s corporate code of conduct, and, as a cornerstone of its 2004 Founder’s IPO Letter, the motto has become an inescapable component of the company’s legacy.

Famous though the slogan might be, its meaning has never been clear. In the 2004 IPO letter, founders Larry Page and Sergey Brin clarify that Google will be “a company that does good things for the world even if we forgo some short term gains.” But what counts as “good things,” and who constitutes “the world?” The slogan’s significance has likely changed over time, but today it seems clear that we’re misunderstanding what “evil” means to the company. For today’s Google, evil isn’t tied to malevolence or moral corruption, the customary senses of the term. Rather, it’s better to understand Google’s sense of evil as the disruption of its brand of (computational) progress.


Back in the 1980s, the U.S. auto industry went through a major upheaval. Foreign automakers started opening up more and more plants in the South, taking advantage of the region’s weaker unions and lower labor costs. That, in turn, undercut the historically dominant position of Detroit and the Midwest.

Now, half a century later, the U.S. auto industry is going through yet another major churn. And this time around, Mexico is the driving force.

That’s one upshot of a new report on the auto industry from the Brookings Institution. The report is ostensibly a case study focused on Tennessee’s automotive sector, but it also offers a glimpse of the way the entire North American auto industry has shifted over the last 20 years.

The big story here is Mexico, which has massively expanded its share of North American auto manufacturing since the North American Free Trade Agreement (NAFTA) in 1994. Automakers from GM to Nissan have been opening plants south of the border, attracted by Mexico’s low wages and dense industrial clusters:

Let’s up the ante and go indoors where light is precious and parent photographer walk around space is rather limited.

Once again, the excellent Canon zoom with the occasional extender pleases the eye with images such as this cross court capture: 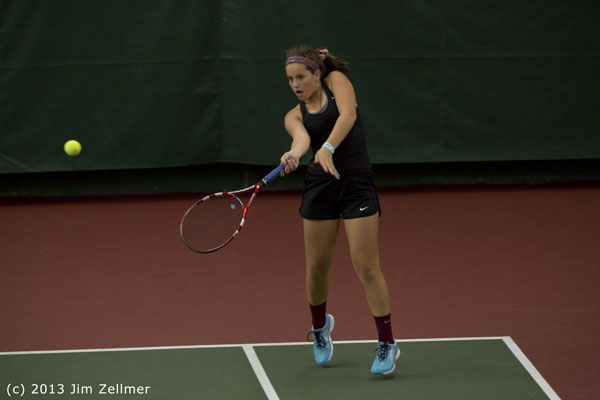 The images below were captured using the built-in camera app. I pinched to digitally zoom, tapped on a tennis player to focus and used the 5s’s 10 frames per second “burst mode” to capture* a series of images, some of which were interesting: 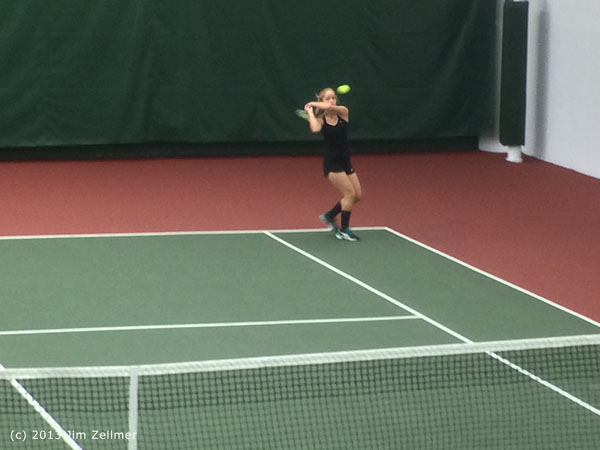 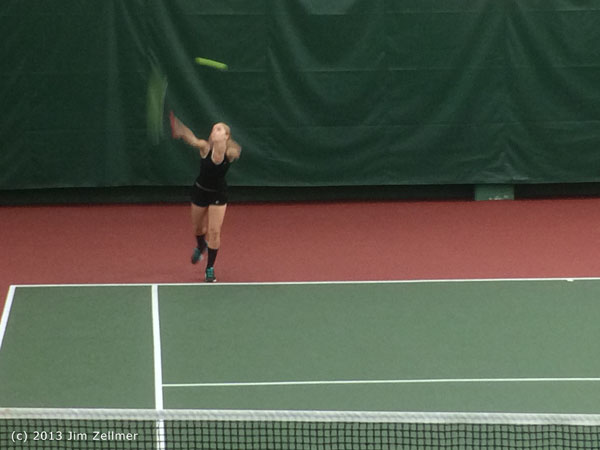 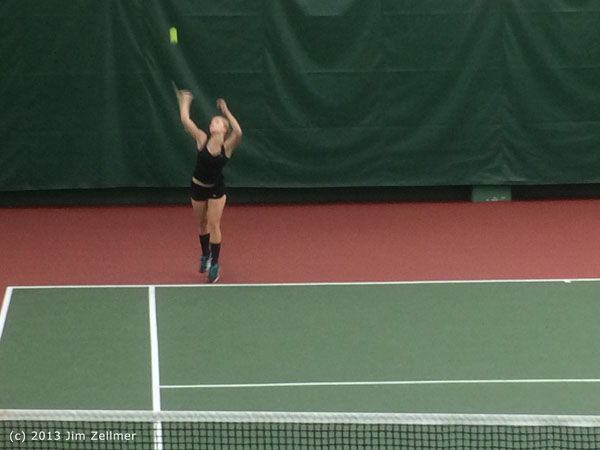 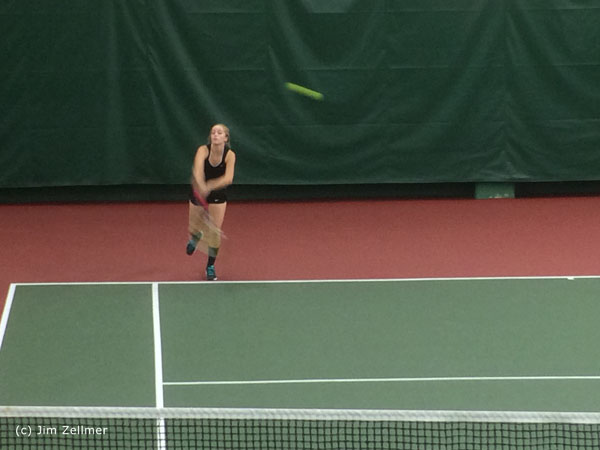 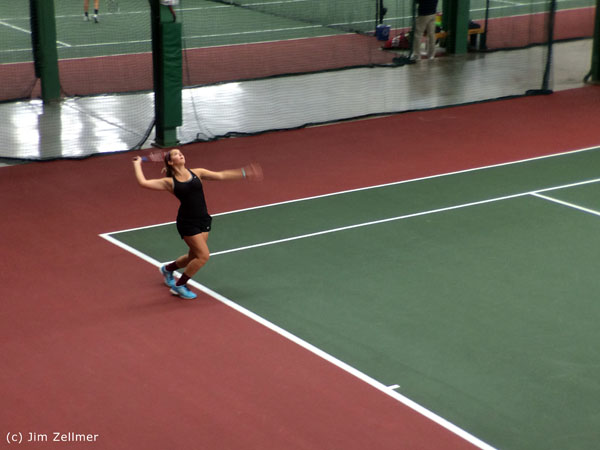 The results were better than expected and superior to some of the nearby point & shoot and entry level cameras.

Apple’s powerful “system on a chip” expertise, user experience ethos, app ecosystem and developer community has created a photo tsunami, one that is engulfing the traditional players. The Canon & Nikons of the world are operating at a much, much slower pace (OODA).

Shooting with my Canon dslr today, I thought back to the 2007 iPhone introduction when it was immediately obvious that button heavy phones were toast. The iPhone’s computer heritage and touchscreen meant that developers were no longer lashed to the phone first hardware. The phone became an app and the rest is history.

* I find the lack of significant camera app shutter lag to be rather impressive, particularly when shooting action scenes.


A bigger job will be to ready Apple for the coming fusion of fashion and technology. The most talked-about new devices are wearable. Google’s Glass smuggles a smartphone into a pair of spectacles. Samsung’s Galaxy Gear squeezes some smartphone functions into a wristwatch. Apple is also keen to surf the wearable wave. An iWatch, which Apple may launch next year, would pull it towards Ms Ahrendts’s home turf, since it would compete with fashionable timepieces like Burberry’s.

Apple has long been something of a fashion house. Its product launches are choreographed like catwalk shows. But its glamour has faded since the death of Steve Jobs, its founder, in 2011. His successor, Tim Cook, is striving to regain it. He recently hired Paul Deneve, the boss of Yves Saint Laurent, a French fashion house. Sir Jony Ive, Apple’s design guru, now oversees the look of software as well as hardware. Ms Ahrendts brings another eye for beauty, and a knack for seducing consumers.